I didnt see any thread on this wonderful company and thought of starting a new one to discuss. I tried to analyse the company myself in my own way but I invite comments from some of the more senior investors.

I though P&G stands at the top of the consumption story of India and after analysing a few companies in this space thought this is most close to a WB type investment. (In fact I found out he has actually invested in the global company later!)

Senior boarders - Ayush, Hitesh, Donald, Hemant - Would love to have your comments on this company!

This company is a market leader in female hygiene segment . Whats the current view on this company ?

This company is a market leader in female hygiene segment .

Also, As per the Nicholas Hall Year Book 2017, Vicks is the second largest OTC brand in India.

Whats the current view on this company ?

It seems that they have ramped up their efforts: they are increasing distribution, launching new products and spending more on A&P. Things should get better.

Thanks for the update @sujay85

https://timesofindia.indiatimes.com/business/india-business/hygiene-products-like-sanitary-napkins-disinfectants-and-adult-diapers-could-soon-come-under-price-control/articleshow/70823761.cms?from=mdr The government is looking to cap products that essentially fall in the FMCG basket of products. What next toothpaste? That is one of the most important personal hygiene product used in a day!!! I wonder how would someone like Warren Buffett invest in a country like India? I always felt products w…

Good for the consumers though.

I think Sanitary Napkin will now become a volume play, rather than a margin game. So, this segment will become unattractive for newer & smaller players like Unicharm (Sofy) etc., because churning profits via high volume requires greater distribution reach what the older players like P&G, J&J and Kimberly-Clark have. Smaller budget players like Amrutanjan will stay. However, FMCG biggies like HUL may enter the segment. But P&G Hygiene because of re…

Any views on this @CMP?

Any views on this @CMP?

I would’ve waited and watched. It is trading at high multiples. Going forward, if Govt. Indeed regulates price of Sanitary Napkins, then there will have high chances of PE contracting, as their OPM will reduce.

“For advertising spends, new launches and even innovation, we need profitability,” said a senior executive at a multinational consumer goods company. “The margin for us and trade is not very high since they are nascent categories and we are focussing on increasing usage by squeezing margins already. Also, it is still not clear whether all price points will be covered.” “Prices of adult diapers or feminine hygiene in India are among the lowest in the world. And there is no question of makin…

I am aware P&G Health and Hygiene has sanitary napkins as its major product. Is Pampers also part of it?
Also, surprised to see another P&G Health trading? Any idea what is that?

These MNC subsidiaries are so confusing…I was expecting P&G hygiene to crash more with capping rules, it didnt.

Is Pampers also part of it?

No, P&G has unfortunately kept it in an unlisted company.

Also, surprised to see another P&G Health trading? Any idea what is that?

Merck India has been renamed. The Registrar of Companies approved the change of name from Merck Limited to Procter & Gamble Health Limited, effective 6 May.The decision to change the name of the listed entity in India follows the completion of P&G’s global acquisition of...

These MNC subsidiaries are so confusing…I was expecting P&G hygiene to crash more with capping rules, it didnt.

Market perhaps expects Govt. to reconsider its decision, like they are doing on other measures. Anyway it seems that premium hygiene products will remain excluded.

US P/E is 26 however - expensive but not insane like ours.

Maybe he was referring to this: 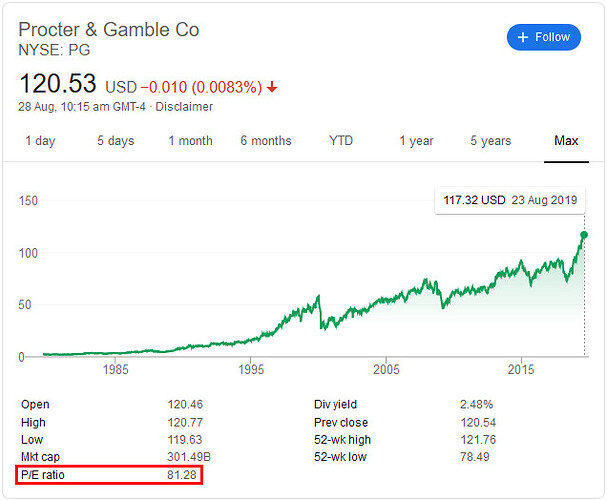 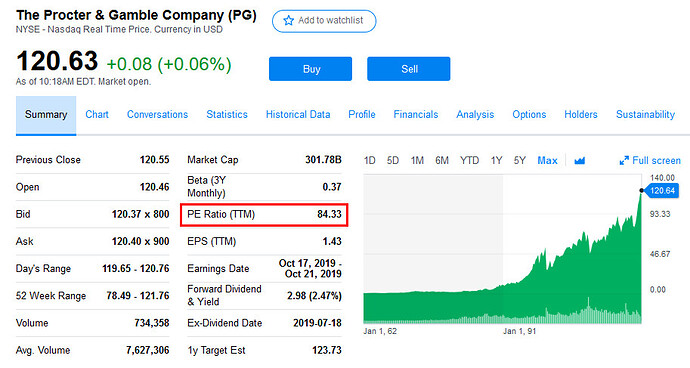 P&G USA took a one time charge last quarter writing down goodwill on Gillette acquisition, to the tune of $ 8 billion, thus the PE looks inflated.

Source (behind a paywall) 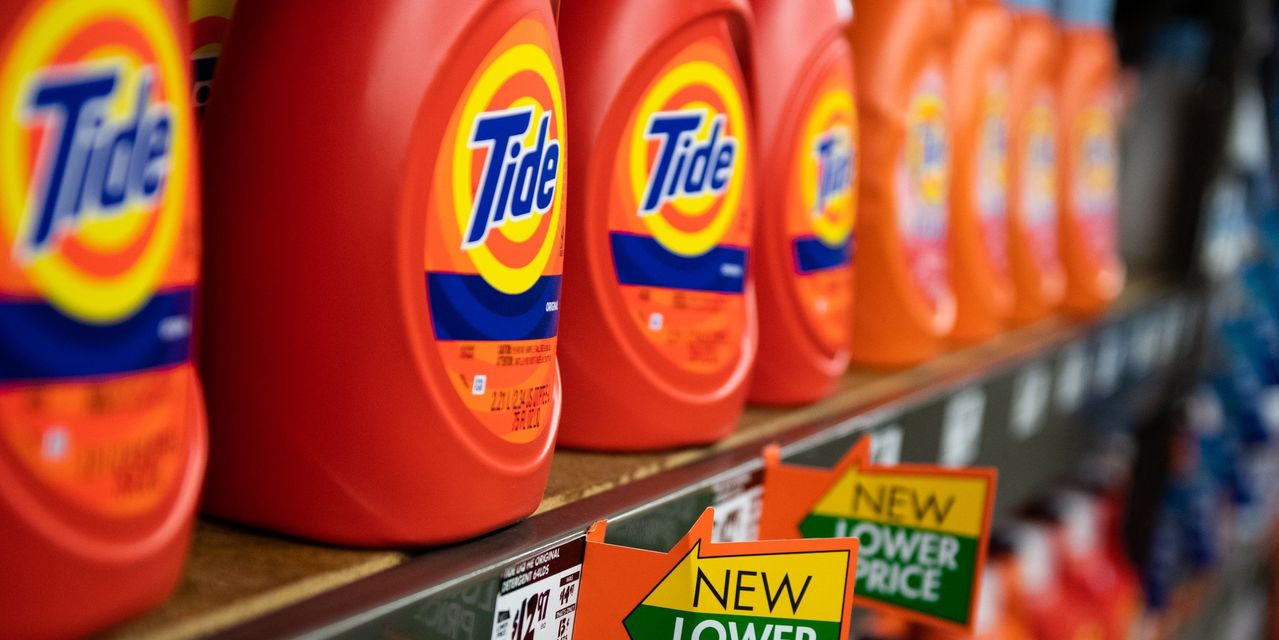 P&G Posts Strong Sales Even as It Raises Prices

Procter & Gamble reported its highest quarterly sales growth in more than a decade, riding strong consumer spending on household staples even as the company continued to raise prices.

How the company is funded? Refer to the below image 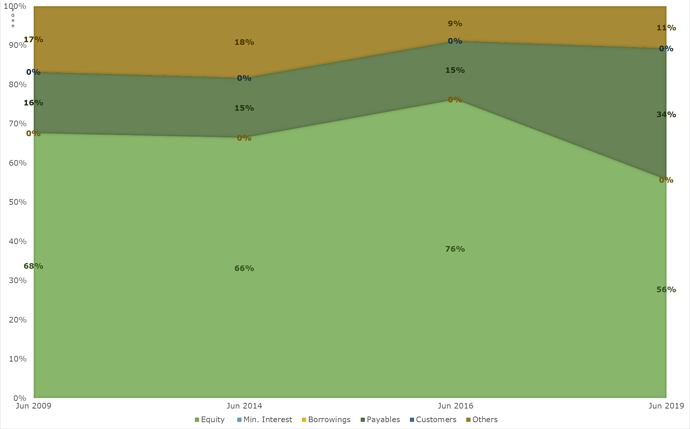 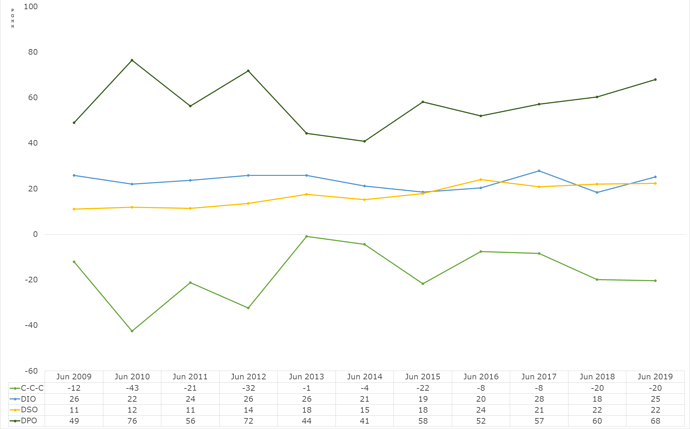 How the company has used the funds? 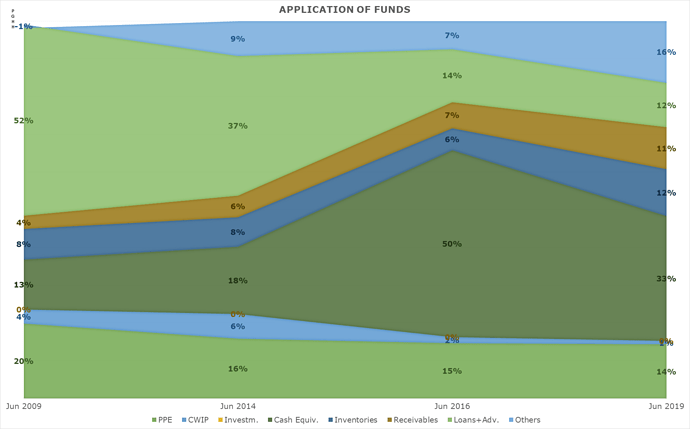 Observations: Major categories are as below-

Does the company make money? Yes, it has too much cash flow problem as mentioned in the subsequent sections. 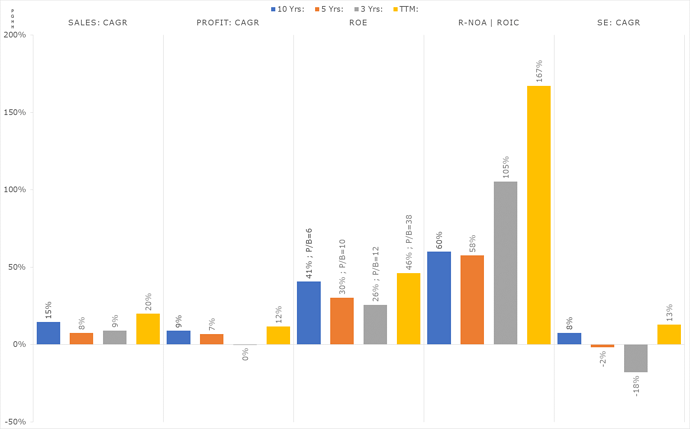 As evident from the below image, 65% of SE (Shareholder’s Equity) was parked in Financial assets (FA), which will return sub-Par returns as compared to Operating assets. In turn, the ROE was suffering. With a Big-Bang, the company reduced the SE by 1000+ Cr by declaring a dividend of 1500+Cr. in FY17. The trend of ballooning FA in overall SE is evident once again from FY17 onwards. 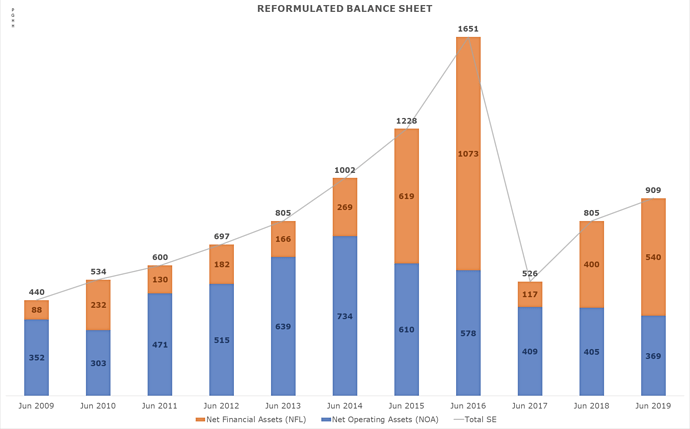 Net result – ROE improved tremendously as compared to previous years. See the impact of the above action in below image that x-rays ROE constituents (both the asset turns and leverage improved to scale up the ROE from 26% in FY 16 to 46% in FY19): 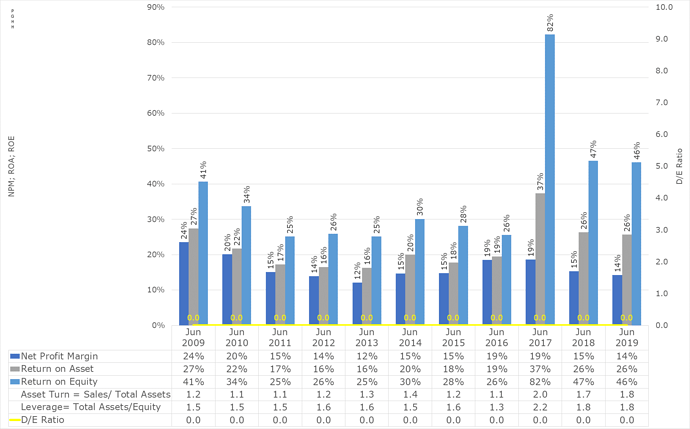 How profitable is the business? 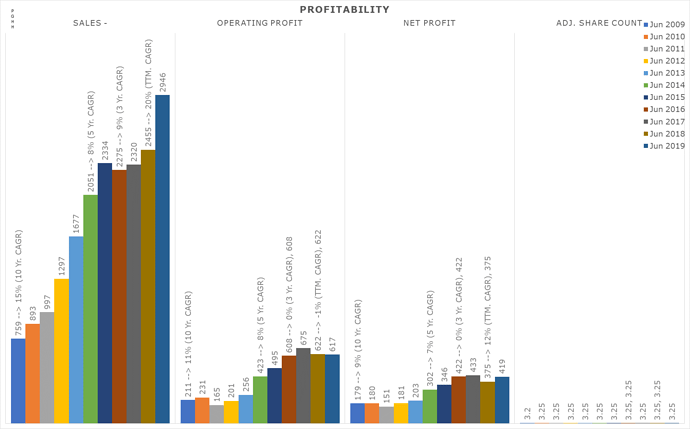 What is does with the money that it generates? Watch the Dividend amount in FY17 in the below image. Also, see the CAPEX requirement of the business. 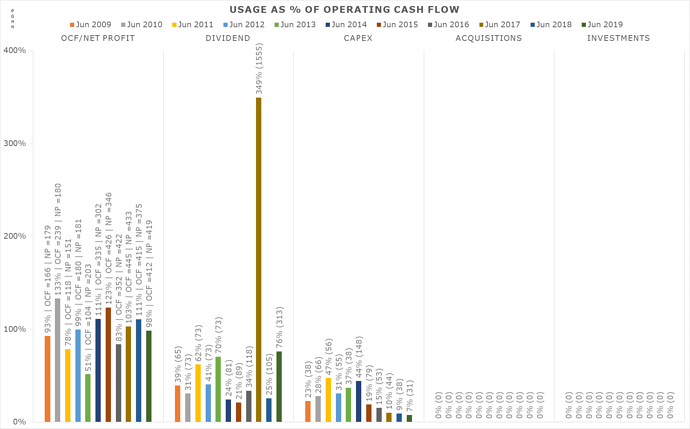 How about Net Profit versus Operating Profit Versus FCF-E? Doe the business commands the market’s respect? 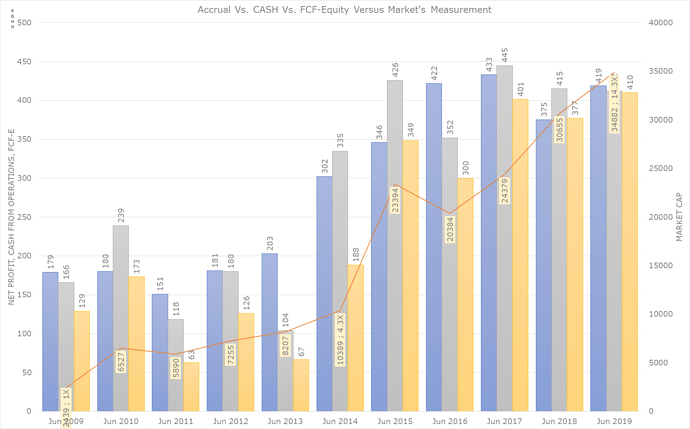 Homework for all of us

Disclosure: No investment. Just sharing the notes for feedback/learning and improving my equity analysis process.

Disclosure : No investment. Just sharing the notes for feedback/learning and improving my equity analysis process.

Nice Analysis. What is the future growth drivers for P&G HH with currently 3 brands - Whisper, Vicks and Old Spice? What other brands can P&G introduce in India via this entity?

Also, what was the reason for sudden high dividend in 2017. Instead they could have distributed among years to benefit their long their investors rather than those who enter just for dividends and leave?

What other brands can P&G introduce in India via this entity?

Given their track record I don’t expect any more addition. They could’ve launched Pampers but they launched it through an unlisted arm. P&G India has a clumsy way of allocating products to its 3 listed arms. What is Old Spice, a male grooming brand doing in a Health & Hygiene focused company!

And, why Merck portfolio wasn’t merged with PGHH when there was so much theme overlap. Look at HUL: GSK consumer has been merged with HUL itself!

Also, Oral B is a dental care brand which could again fit into PGHH portfolio, but they’ve kept it under Gillette, which should’ve only Old Spice!

Honestly, I like many things about P&G: branding, distribution, capital allocation, governance etc, and they have created wealth, but their India listing structure is too messy.

I can understand the rationale. P&G is simply unlocking value to the shareholders of the parent company. So, if I ever decide to invest overseas then P&G would be one of my initial investments.