This is the first time I am attempting to start a thread. Please pardon me if there are some mistakes. Basically I was screening for ideas: cheap stocks, with decent return ratios and dividend yield, zero debt and yes no pledged shares because I find the Indian stock market extremely expensive. I found the following:

The company has also launched its own brand of detergents and dishwashing liquid in South India in FY15 and got a positive response.

Promoter stake is 51%+ and is increasing every quarter
http://www.bseindia.com/stock-share-price/stockreach_shp.aspx?scripcode=506685

The stock reminded me of how Anuh Pharma financials and valuations looked like when I first saw it at Rs300 levels. Of course Anuh has better return ratios

Chairman details
Mr. R.Sampath graduated in Chemistry from the University of Bombay, and obtained his Chemical Engineering degree from Washington State University, USA. He started his career as a Process Development Engineer in M/s. Hercules Inc, Missouri (USA) . Subsequently he returned to India and joined Unilever’s Indian subsidiary. He joined Ultramarine and Pigments Ltd in 1970 as Project Engineer. Since then, he has worked in various capacities as Project Manager, Development Manager & General Manager before being appointed as the Managing Director in 1990 and Chairman & Managing Director in 1997. Apart from introducing new varieties of pigments (new grades), he was responsible for starting the surfactant division in 1973. Subsequently, the surfactant division has expanded considerably, and now forms about 50% of the revenue of Ultramarine. Since the start of his tenure as MD, the turnover of the company has shown a ten-fold growth in 20 years. The company’s sales footprint has expanded from 2 countries to 50 countries and is still growing widely in emerging markets in Latin America and Africa.

Disclosure: Have a small tracking position in the stock

From the first look have some questions. Need some answers on the below.
1- What is the market size for their main product? What is the growth we are foreseeing here?
2- Why the management has diversified into such an unrelated field of ITES and BPO? Also there is no consistent pattern in the growth percentage. Why?
3-What is this Wind turbine generator business all about?

Who are the key clients whom they supply the pigments? What is the market share (basically trying to understand if they have any pricing power or economies of scale) ?

I have not looked at annual report and not dug deeper. Just curious to know… if this company can be compared with Poddar Pigments? Can they be considered peers in similar industry segment?

awesome result posted surely will bounce from this level

Disc- I do not own any shares in this company.

Thanks for initiating the thread Venkatesh. Company definitely seems interesting on first look as FY15 was a great year, consistent and high payout, strong balance sheet and increasing promoters holding (as already pointed out by others). But long term track record suggests that it is an average business and FY15 could be an aberration (though we should check before concluding so). Company faced margin pressures in Q1’16 - growth in EBITDA is less than the growth in revenues.

at current valuation does not seem cheap.

Couple of question - would appreciate responses

many thanks for your replies, will appreciate it. Will update if I get more info on the company.

Stock up 69% over last 10 months mainly on earning delivery. Valuations are not much different from when I started the thread in August 2015 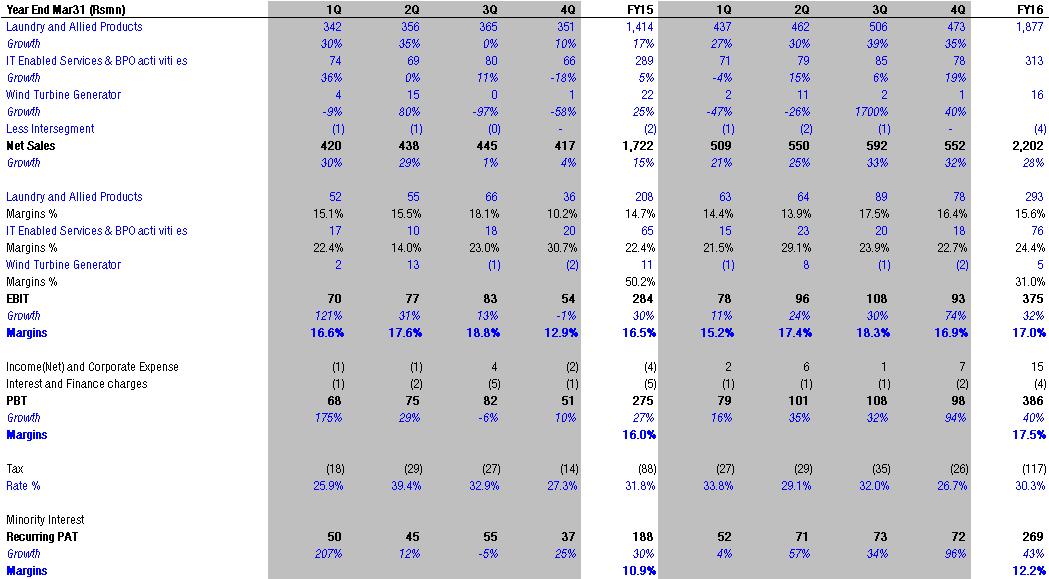 Microsec did a report about Ultramarine here is the linkhttp://rakesh-jhunjhunwala.in/stock_research/StocksDB/topic/small-mid-cap-star-picks-by-microsec-research/microsec-small-midcap-star-picks/#dlcenter.

It seems that the management is being paid a high remuneration of around 4 crs?

Nifty is trading at P/E of 23+. More than 1200 companies are trading at 30+ P/E. An indicator called nifty small cap 250 is close to 1300 P/E.
In comparison to above information this might be reasonably priced or the whole market is going crazy.

As a % of FY16 profits that is 15%. So yes it is high. But from an absolute amount as shown in table it seems okay. Dont you think so? 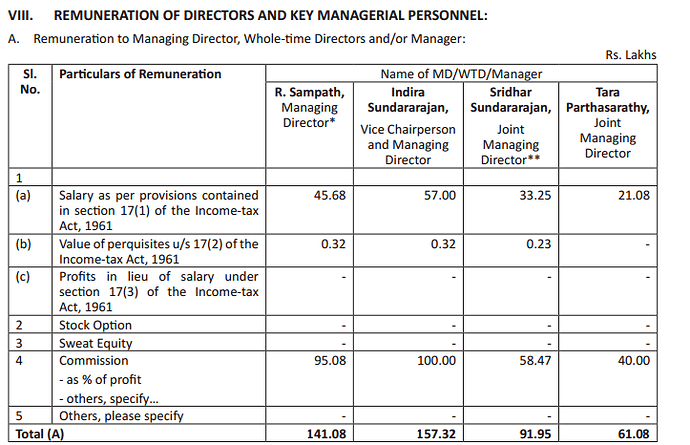 If you pay out 40-50% of profits out as dividends obviously the book value will be low which will make P/BV look high. So when you look at ratios one should look at a mix of P/E, P/BV and EV/EBITDA and then conclude if company is expensive or not, is my belief. Correct me if I am wrong. 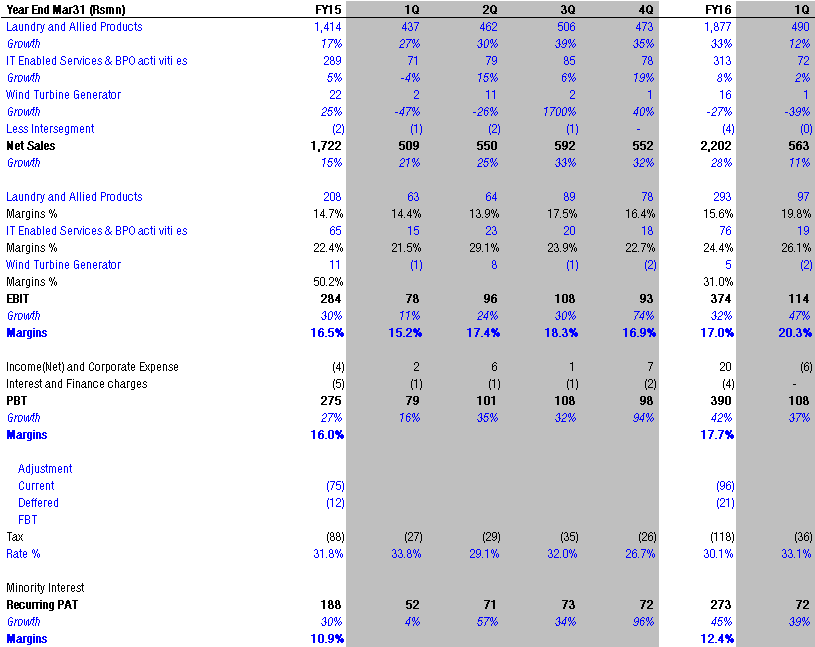 About 55% of revenues came from surfactants division in FY’16. With a positive outlook on domestic consumption, this part of business should do well for next couple of years since the companies which Ultramarine supplies should do reasonably well.

Disc: Not yet invested but the company looks very very promising.

Ultramarine and Pigments: Promoter Holding Up

Moneylife is an online resource for news and opinions on personal finance, banking, finance and industry sectors from India.