This is a real estate play. The total market cap is under 5 crores. The Co. owns 64% of land admeasuring 36,723 Sq yrds (7.58 Acres) located on the main Delhi Faridabad National highway (Mathura Road). Balance 36% is owned by the promoters through another Co. The plot is about 100 yards from the Delhi border. The Co. had entered into a development agreement with a developer in 2007, but due a depressed real estate market, the project got underway only this year. The complete project details are given by the Co. on the BSE website under corporate announcements on May 29, 2007.

In Feb 2012, the Co. sold another property owned by it for an amount of about 50 Crores. The entire proceeds were used towards repayment of bank loans etc. under the terms of a CDR package, as informed by the co. to the stock exchange on Feb 15, 2012. This 50 Cr. payment is what got me interested in the stock

There are plenty of negatives like slow progress of work at the site, credibility of the mgt. is suspect etc., but with the current valuations being what they are, the downside is pretty limited. With patience, this has the potential of being a multi bagger. Liquidity is an issue, but if one is at it, one can gradually accumulate a decent quantity.

I was in Delhi in April this year & had gone the check out the project site. Had taken a photograph. Got another snap last month through a friend. Will try & upload both the snaps.Value pickers based in Delhi / Faridabad can keep a regular check on the project development & update the rest of us.

I am invested in the stock and will hopefully add more if the feedback is positive.

Given here under are the latest project details. It’ll be a big help if a few Delhi based value pickrs can check it out.

WHAT MATTERS IN REAL ESTATE?____

For Further query’s & Comments kindly call or Mail us.____

A couple of significant developments have taken place in the March quarter. STL has received revenues of Rs. 14.4 Crs from its real estate business. Further, long term debt has also reduced from 30.57 Crs. to 6.74 Crs. The earlier CDR had failed as the expected fund flow from the real estate business had not materialized.

Meanwhile, the total market cap of the Co. continues to be an abysmal 8 Crs.

The commercial project is at a prime location near delhi on main mathura road
The residential segment in real estate sector is struggling but there is a good pick up in the commercial segment especially in Pune and Mumbai areas.
so uptick in the Delhi - NCR commercial real estate sector is expected soon .
Balance sheet data for fy 15 not available on capitaline.
One can see the figures in Asset and liability statement submitted by the company on 29 may 2015 to the exchanges .
Reduction of Long term debt is confirming that the cash flow from the real estate project have started to come which could be positive.
surprising to see the company still available at 11 crore market cap .

The stock has been gradually inching up for the last month or so. Can some Delhi based Value pickr do some scuttle butt? If the project is nearing completion or if the sales are picking up in the area, then this story has a long way to go.

Hi Rajeevji,
There seems to be a rift between the management and the real estate developer, RPS. They have also approached courts for the same. Management, as mentioned in their latest AR, is looking forward to resolve the disputes. Can we have an update on the same?
Also, how much revenue can we project for STL from the IT building project? This is to ascertain the net inflow when comparing O/s debt to be repaid and remaining to be distributed among shareholders. I think we need to have some clarity on these fronts. Shall we try fixing a call with the management? Let me know. Thanks

If you can fix a meeting with the mgt., I 'll be happy to come from Mumbai for the same, but I suspect the mgt. may not oblige. Mgt. credibility is amongst the negatives in my view.

How much of the debt amount is finally settled for is not known. The earlier CDR failed to materialize as the revenues from the IT project did not come through. The mgt. & the developers may well be hand in glove. I won’t be surprised if the mgt. goes for a share buy back when they feel that they are in a position to settle with the banks. I feel confident that there is enough juice in the project because the mgt. willingly paid 50 crores to the banks towards debt repayment a couple of years ago.

The key here is to follow the development of the real estate project. The gains will come from there.

I’m from Mumbai too. I’ll try fixing up a call with the management in the coming week.
Regarding JV with the developer, do you have any idea about the deal structure? Is it revenue sharing or profit sharing or something else.
Also, if you can list some questions, from your side, to ask the managent, except regarding the project status.
I have these questions in mind:
Project Status (also status on the legal matter)
Deal structure
Revenue/profit expected and the time frame
Use of cash to be received from the project other than paying off the debt. To check if they are interested in sharing the same with minority shareholders.

Disclaimer: I have no positions currently. This shall be a high risk bet.

Something is cooking here. Attaching a price & volume chart for STL Global for the last few months. Wonder who is buying!!

Hi Rajeevji,
I did try to contact the company. The CS has left the company since last one month. No replacement as of now. When requested to talk to other management (CMD & JMD), the person said that none sit at their corporate office. He was reluctant to give alternate contact details. I am staying away from this as of now.
Do let us know if you are successful in contacting the management.
Thanks

Hi Jigar,
As I mentioned before, the mgt. may not be forth coming. If u know someone in Delhi, ask him to visit the site as a buyer, take a few pictures. That will be more useful.

Ya, you did mention earlier. I was trying my luck. I do not know anyone in Delhi.

project is at very prime location so the Revenue for both the parties (developer and the land owner ) will be so strong that any dispute will have to be resolved.

i know some one in delhi and he will be visiting the site probably next week.
will update here on the progress.
Disc- Invested

A friend in Delhi visited the site yesterday. The super structure (RCC) for 3 out of the 4 towers is complete, though the work itself is going on very slowly. With Sales not picking up, the developer is going slow on the project. However, the investment thesis for the Co. remains intact. In fact, it is more compelling than ever before! A lot of work at the site has been done since this thread was initiated. Around 50% of the project is completed. The market cap of the Co. is around 16-17 crores & it’s share from the project revenues is likely to be many times over, but I expect this story to unfold over the next 2-3 years. The project location is excellent. 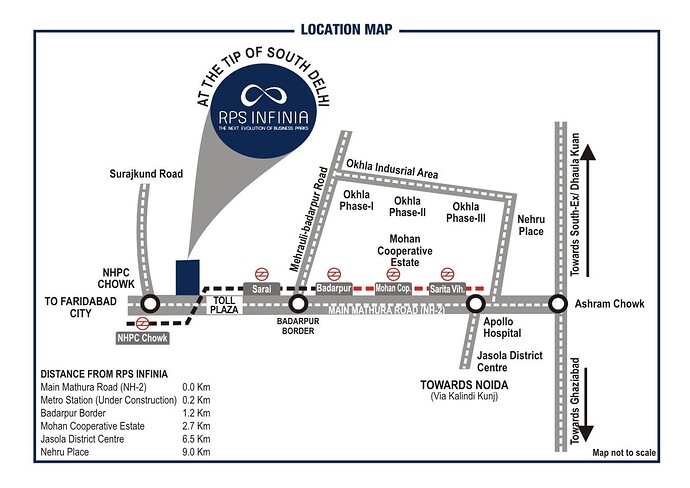 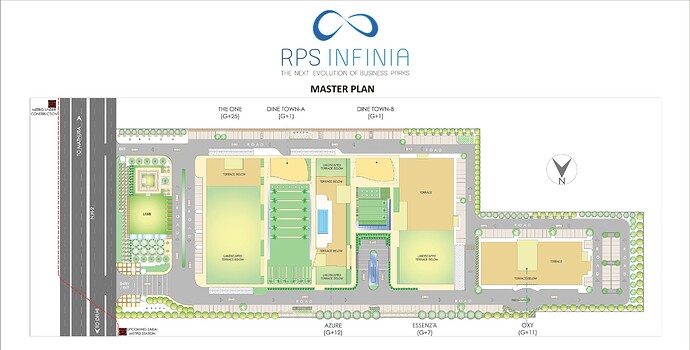 Many thanks for digging in and sharing the info. Whats worrying me is if individual equity investor would ever be able to get benefit of this deep undervaluation due to huge real estate value on books. I mean will management let retail investors benefit from it? Your views on that.

The outstanding debt in the company is close to 200-220 cr. do you expect the cash flows from the project to STL’s account to be significantly higher than this ? (as and when monitised)

STL Global has informed the BSE that the Co. has successfully concluded a One Time Settlement with Two of its bankers Punjab National Bank & Allahabad Bank. This is very good news indeed! With the corporate governance of the Co. being what it is, the Co. has not bothered to inform the Stock Exchanges the extent of debt that will stand reduced from its books. However, the investment hypothesis is playing out just fine. It’s not unusual for these one time settlements to be done at substantial discounts to the book debts.

This development together with the fact that substantial progress has been made at the site, clearly establishes the fact that the worst is behind it. Investors in the Co. would do well to sit tight n not sell out with paltry gains!!

According to the notification, the company has just ‘made’ an application for OTS with the bank and the banks have ‘approved’ of the same. To be seen whether the company actually settles the same or no. A lot of companies give such proposals to the banks (specially PSBs) to delay / derail the banks’ recovery proceedings.
Rajeevji, agreed that the project will bring in the required income and potential cash flows too to the company, we do not have any idea as to what the management intends to do with the same. Also, there is no proper business into which it shall be deploying the cash to generate incremental returns.
Where as on side, we do see numbers coming in future, on the other side risks are on the intentions of the management and the potential use of cash. From what I have observed from other instances, the market does not value cash hoarding even when management integrity in top notch (example Piramal Ent. during 2010-2012). See more downside risk than upside.
Your views please.

With the earlier CDR having failed, the banks would never allow another one & the only option available to the Co. is a one time settlement. I do not expect the Co. to default this time! We need to establish its terms n what are the future cash inflows likely to accrue to the Co. I will not put it past the mgt. to announce a share buy back in due course. The stock is likely to be re-rated once the picture becomes clear, which is also the time the investors need to take a call as to whether they wish to continue to remain invested or to exit. If indeed the Co. becomes debt free post the one time settlement, the the waiting period gets decidedly shorter, say 6 months to a year at the most. It has never been my case to stay invested in this story. Hopefully, it will have a happy ending!!

Sir, No update on this since 1 & 1/2 year. Was looking for your comments which are very insightful.