Vaping has been found to be more harmful than cigs. You can do a google search for the same.

Vaping has been found to be more harmful than cigs.

Thanks, yes we understand this now, but my question is until just couple years back, the idea was different, why? Is this a sudden realization because of any particular reason? Vaping was supposed to provide people option to leave more harmful cigarette earlier…

Well, it takes time for a new harmful product to show its effect on the human body. The clinical research only came later when many youngsters started reporting lung infections.

The conglomerate is also revising the salary of chairman and managing director Sanjiv Puri and two executive directors, Nakul Anand and B Sumant, from October to make the remuneration "market competitive, performance driven and long term oriented,...

As a consumer i agree if we ignore Maggie classic most of there other flavour are very disappointing and not have catch-up that well.
As a foodie Maggie classic is still the best overall but if you want something else itc and other are actually better in developing better taste overall and also itc is more likely to have better aquisition policy then other FMCG players.

Any idea why the revenue figures for ITC on Screener do not match those declared in the Annual report? There’s a delta every FY.

Most of the complaints about ITC FMCG was that its products doesn’t have a shelf space in stores. I have revisited my hometown ( tier-2 city ) after two and a half years. Last visit was pre-covid end of 2019 and this time I have travelled around. My observations here are limited to two southmost states and please pay attention before extrapolating it for pan India. 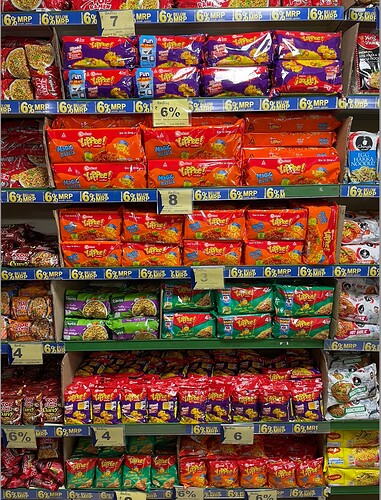 Yippee certainly has about 70 % of shelf space of Maggi ( No surprise that Maggi still tops the sales and shelf space). Maggi had a dedicated rack in addition to what’s shown above. Good thing is that its much more than what I have seen in my last visit. And my nephews ( one in college and another in school ) both knew about yippee ( which wasn’t the case last time).

As one can see there is cult following for Yippee as well as it triggered a massive arguments over internet. 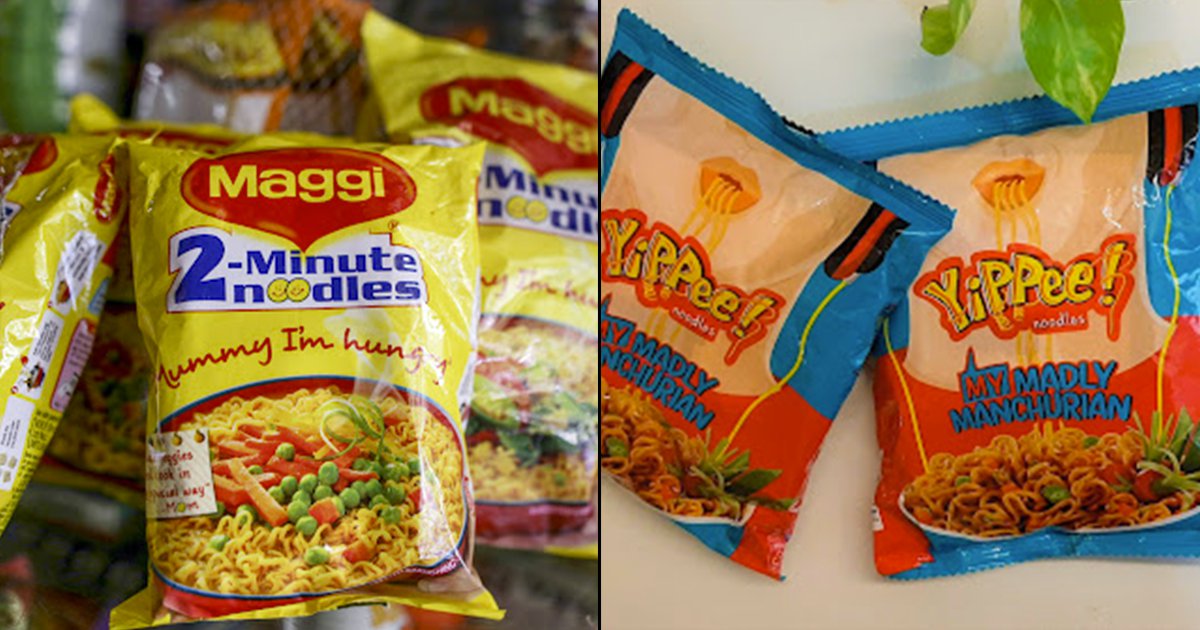 Someone On Reddit Said Yippee Noodles Are Better Than Maggi & It Triggered...

But Top Ramen is the winner!

That also augments well with the kind of growth that company has shown in the past 10 years. Habits take time to establish and Yippee may very well be in a good direction. 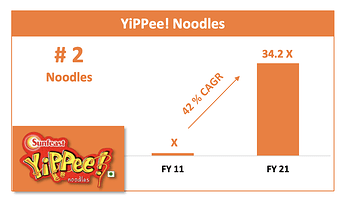 I must admit, I didn’t expect it to be popular at all. But I found many elders drinking the B-natural Guva flavour and it had as much shelf space as Real. I also don’t remember seeing it at all last time that I have visited. 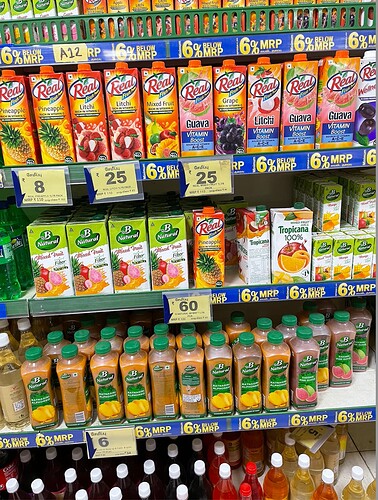 B-Natural is number 3 in the market with and number 2 in the modern trade (e-commerce). Although it seems to have penetrated households, still some distance to cover. But I have seen them in the domestic flights in Indigo that could certainly play a good role in covering middle class population. 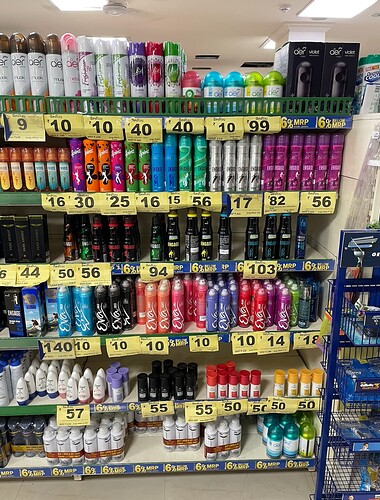 Engage has about 12% market share compared to market leader Fogg that has 16% market share. Brand Engage was bought to market about May 2013. so in roughly 8 years they could bring the brand to number 2 position. As one can see there it has prominent space. I also found them everywhere including pharmacies. Its also favourably priced compared to others 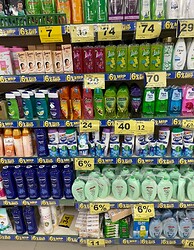 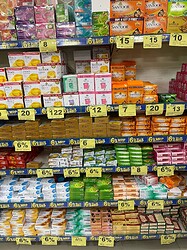 Indian showers are still dominated by detergent bars rather than liquid wash, but its expected to grow 15% cagr next decade. I myself tried Vivel and found it to be refreshing. One can also see shower to shower in the bottom shelves. But when it comes to soap HUL owns almost every brand and there is absolutely no competitions whatsoever. Although I was happy to find Fiama and Vivel soaps.

Moms Magic is a big hit and a good competition to Good day from Britainia. Sunfeast bounce also caught up pretty fast and moving well. I certainly see much more shelf space for sunfast than my last trip. But I must say Parle-G has certainly upped the game expanded to many categories. Now there is Parle Marie as well as Sunfeast Marie light.

Britania and Parle lead the market with 28% market share while ITC has about 11% market share. Given the late entry of Sunfeast compared to established players like Parle and Britainia ITC seems to have done well.

But whole section has lots of overlaps with even the packages looking similar to each other. Dark Fantasy also has a cult following, but Britania also came up with similar product including packing. If at all I worry I see than Britania is under pressure from Parle and ITC.

I haven’t seen a single shop without Bingo chips. Mad angles seems to have better taste than generic chips but not many seems to be aware of it. In Kerala Bingo is number 1 for sure. I have seen shops without lays but not without Bingo. Pepsi has about 22% market share in western snacks while ITC has about 13 % market share. Recently it was reported in moneycontrol that Bingo is gona bring ethnic snacks like Aloo Bhujia and other things. This would be good accretive as brand Bingo seems to be well known. 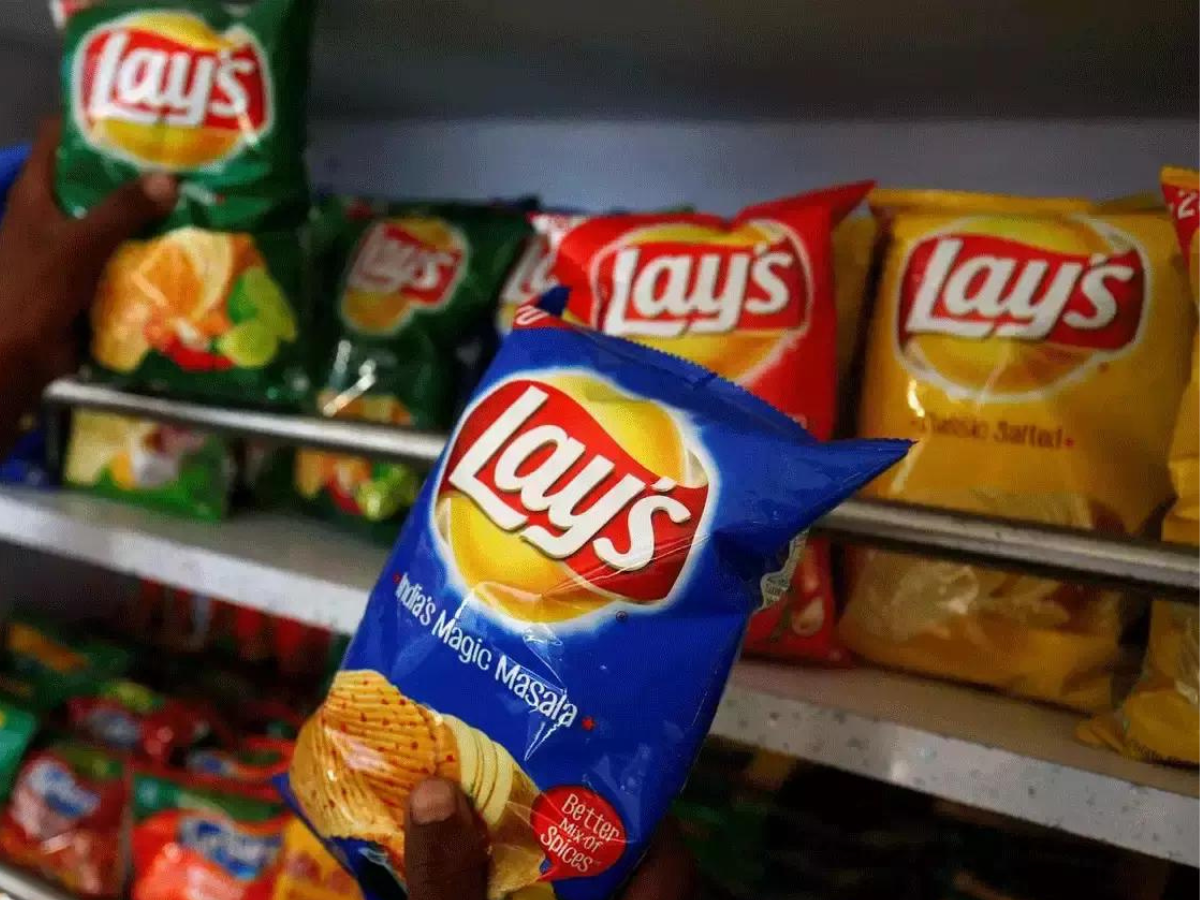 Lay’s, Kurkure and Bingo are taking over Indian snacks like Aloo Bhujia, Murukku

The changes in customer preference is pitting India’s traditional snacks like Aloo Bhujia, makhane and more against international brands like Lays, Bingo and Pringles. While this may come off as a comparison of apples and oranges, it does stand true....

Disclosure: ITC is one of my biggest holdings, so my views are certainly biased. Please do your own due diligence.

It is good and heartening to see that ITC is doing a good job in grabbing more shelf space since it is a key requirement to increase the market share in these segments.

However, I still believe that ITC is not fully capitalizing the established brands like Ashirvad (cereals, sugar, salt), Sunrise (oil) and Savlon (hygiene). Dettol, Himalaya, Marico and even Godrej is coming up with innovative products in this space but is hard to see Savlon anywhere though it was once the #2 player in the market.

Likewise, while Ashirvad atta is available everywhere, you don’t get to see salt or other items.

Oil is another lucrative market but there is not much push from ITC. Saffola and Fortune are ruling this space.

It takes a lot of investment and time to establish and sustain a brand. But if they don’t exploit the full potential of such brands, they will lose out to the competition.

One thing which I just noticed today is Mr. Devraj Lahiri is CEO of ciggarates division. He has worked with VST industries for 2 decades and used to be MD there post 2017. We have seen good execution by VST in last 2 decades. So, I think Mr. Lahiri leading ciggarates division is a good move.