CDSL - Stock for our children

Markets going up also means more and more investors will start investing or trading.
+ve sentiment in the market will help stocks like CAMS BSE CDSL Angel One etc.

When the market was correcting the stock was falling.

Yes true. I was just wondering on such a large swing. I suppose that would happen when the market cap is not yet too big.

Another strong month in terms of account addition (with about 21 lakh new accounts added during the month of May 2022). The trend seems to be very much intact. 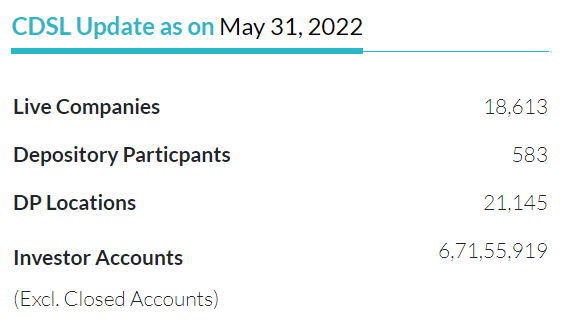 Account addition continues to be healthy. Nearly 14 lakh new accounts added during the month of June 2022. 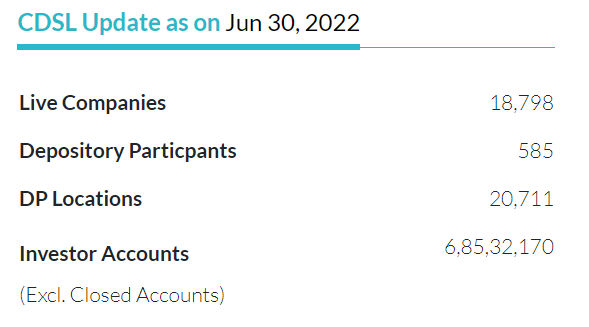 The account addition in CDSL will continue to happen not that people are willing to invest in direct equity but because of Paytm Money being one of the reason.
Paytm Money moving/migrating to BSE StAR Mutual Fund Platform and they are asking to open Demat account for all its users even for Mutual fund transactions.

As per the below articles, Paytm Money asks its users to do a KYC to open a full broking account and WILL NOT USE THEIR OWN PLATFORM for the Mutual fund transactions.
Even I received SMS from Paytm Money to do my KYC where they will open a Demat account for me free of charge and waiving off all the account opening and other charges.

But the mutual fund units are still held in Statement of Account(SoA) form and not in Demat form (If its held in Demat form, at-least CDSL can make some money). Users can invest in mutual funds free of cost and will not charged for any Demat annual fee or maintenance fee, but they will be charged annual fee if they chose to invest in direct equity with that Demat account.

So ideally all the Paytm money customers will be opened with demat account with CDSL being the depository for them and they remain as a dormant account(most of the mutual fund holders account) and we cannot boast with the fact that CDSL opened so many new accounts.

Also, NSDL IPO is on cards. Might be some funds can move from CDSL to NSDL because as of now, CDSL is the only listed depository and enjoys scarcity premium. But if NSDL also listed then the funds might be diluted and gets split across these 2 depositories. Instead of using their own platform for direct transactions, Paytm money will migrate to the BSE StAR exchange platform and the transactions will use Paytms broking code instead of RIA Code. NSDL was incorporated in 1996 after the Depositories Act came into force. The company is likely to raise Rs 4,500 crore from the primary markets at a valuation of Rs 16,000-17,000 crore.

Disc : Profit Booked during last quarter. Continue to remain in my Watchlist.

Many investors would allocate atleast few part of money from CDSL to NSDL after listing. Because owning both would make you owning 100% of depositary business of India… 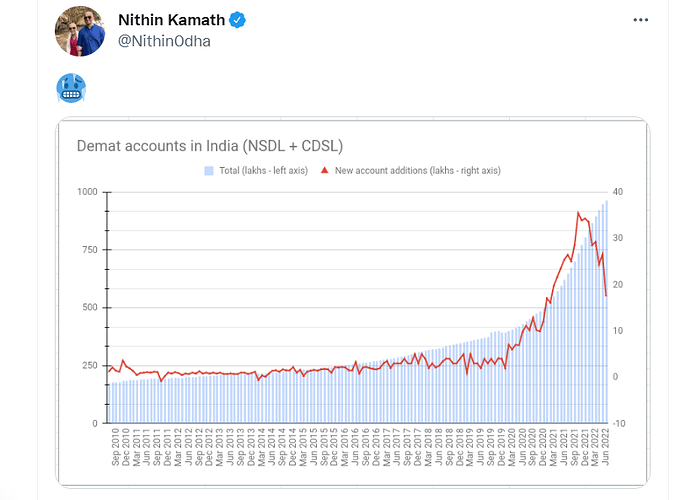 The BOD approved an additional performance payout to its employees of 10.8 Cr, which has been recorded as charge in the current quarter. 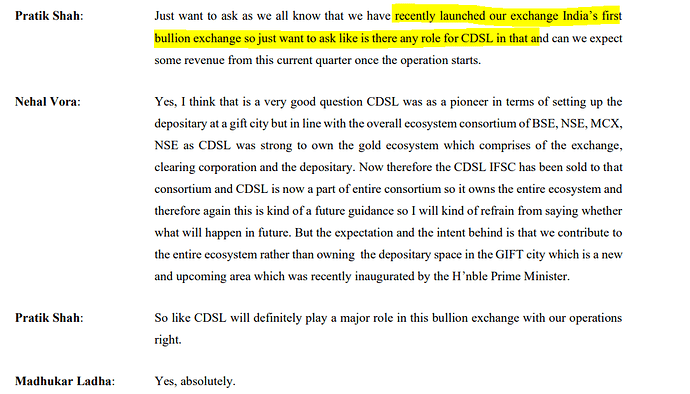 Q: So other than GIFT city so any update on other newer businesses what we are working on.
Nehal Vora: There is a gold spot exchange in the local market also which the circular has been issued so CDSL is very much a part of that entire ecosystem

Management was not able to properly answer 10 crore surprise bonus to employees. This could have been better handled. My personal opinion.

Management reply for bonus issue:
“We are even in an expansion mode but there are regulatory responsibilities which are also increasing and our prime focus as MII is to ensure the regulatory responsibilities, that thrust in the system is being built, technology also is our second focus . We have all seen that there have been huge amount of attrition all around especially in the IT sector but also in the other areas so to get the right people, the right expertise you need to ensure that you adequately compensating.”

“I will say that we need to understand that CDSL is on a growth trajectory and two principle costs are technology and employees. So we need the right people and we need to expand our employee teams to kind of garner and able to achieve the increased growth on a sustainable basis both from a business standpoint, the technology standpoint and operational standpoint and lastly but most importantly from an regulatory standpoint. So, I think what is important to state is that as the revenue is growing the employee cost will also have to kind of being link in some form or the other to ensure that it is able to it is sustained the growth is expected.”

What I understand is that they gave a bonus to reduce attrition and compensate for growth in the business to all employees. There is some regulatory requirement to link employee salary with profit (not sure). They are not guiding for future expenses. Higher employee cost will reduce margin if growth stagnates in coming quarters.

This is not just CDSL but most MIIs (Market Infrastructure Institutions). Even BSE Ltd, which is an associate of CDSL has a similar issue. Employee and Management compensation has been consistently growing at a faster pace than Revenues. Shareholders of these institutions need to be more active in voicing their opinion regarding this. At the end of the day, every dime that is taken out is a dime less to shareholders.
Just my two cents.

I don’t think that is possible, in the sense that, if they are exceeding the limit granted by laws and acts, there is nothing retail investors or for that matter institutions can do.

Technically they are not doing anything wrong, if it is appropriate or shareholder friendly, is another topic.

This is from Avanti Feeds, although it is a different company, the essence more or less is the same, managements are not doing anything wrong, so retail has no say, as these are not subjective, these are defined.

Q3FY22 concall notes Revenue guidance for FY23 and FY24? Revenue growth 10-15% in FY23. Current margin is 6%, we are aiming for 10-12% EBITDA margins. Feed business Fish meal was avg 89rs/kg in FY20, 94rs/kg in FY21 and hit a high of 102 in FY22. Shortage in supply and export demand. Soya meal also increased sharply. Govt permitted imports, suspended trading on NCDEX and good crop, but prices not coming in control. Avg 70rs/kg in 9mFY22 compared to 43rs in FY21. Govt prohibited stocking …

Salary hike to management? Isnt it better to increase dividend, or do a buyback to reward promoter also? We are giving good dividend and may increase it if performance is good. Salary hike reasons- Whole time directors- Fixed+ % of profits. The limit was fixed long time back at inception of companies act and increase is within companies act limits. Fixed portion increase is to cover increase in cost of living. Companies act is allowing to take more percentage so that is why we are going for an increase (?? beats me!) Work has increased, challenges have increased, competition has increased, expansion is taking place. There are external factors like RM costs that affect the profits. We are paying 43% income tax- it is a constraint. Remuneration has been stagnant over the years. We expect investors to understand and cooperate because we are taking care of you. (didnt sound good to me)

Not invested in CDSL or Avanti. 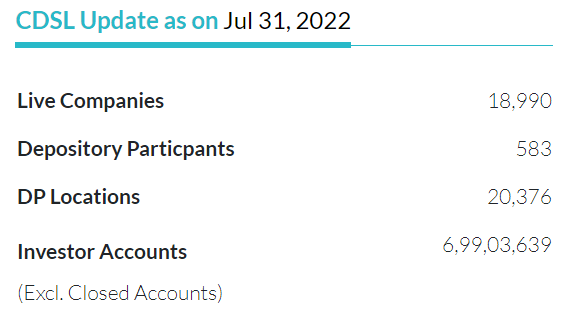