A follow up of Deepak Nitrite chart which was posted on 30 March 2022. Price then was around 2200. Today it broke down below crucial 1800 support. More worrying factor are the two high volume bars in the last 4-5 days and that too on the down days. Looks like post the accident there is a lot of bailing out being done. Could be the last of the convinced bulls getting worried due to one or other reason. (here the major worry is the impact of the recent unfortunate accident. )

Also to be noted is the area marked between two horizontal and two vertical dotted lines. This is the area of tight consolidation between 1720-1820 on the way up when the stock price made a base before the final parabolic move to 2900-3000 kind of targets. This is the area that needs to be watched for support on way down.

Again this was considered to be a SIP candidate by many seasoned investors, in some Whatsapp groups where I am an observer.

Here the distribution is of a slightly different type than the earlier chart of GMM Pfaudler which is classical and easy to recognise. disc: no positions, but academically interested to see charts of companies where immense wealth has in the past been created and a lot of even smart folks are sucked into the story. 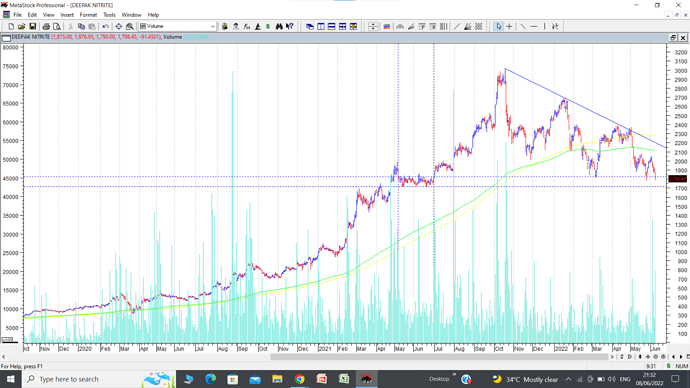 Zomato has had a torrid time since its listing. From a high of 169 in Nov 21 to a low of 50 in May 2022, it has had a persistent downtrend. Now it seems to be forming a potential cup and handle pattern. A breakout above 72-73 can provide confirmation of cup and handle pattern with potential target of 92. Putting up a GMMA chart which shows the pattern with clarity. disc: bought as a testing position. 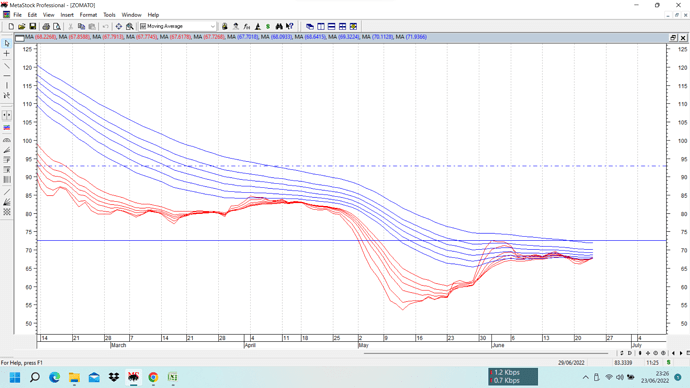 It clearly winner and outperform sector, M&M break 2018 high and showing strength and it break Cup and handle pattern Stock Support around 950 to 1000 next level it move 1200 1300 1400
Disc: Already having position in this

Vimta labs AGM had the management re iterating its strong growth commentary. They re affirmed their confidence in achieving sales of 500-550 crores by FY 25. They may or may not achieve this but this kind of communication gave some confidence to market participants and stock price staged a recovery of sorts today, and managed to close above 200 dema with decent volumes.

Putting up a weekly GMMA with two trendlines drawn. We can pick whichever we want, and it seems the trendline retest/support has held as of now.

The stock price still remains below the very well discussed 30 week moving average, but since the stock price has not broken down conclusively below 300, and fundamental triggers seem in place, even for FY 23, there is a case to remain invested in this one for me. If numbers do not come along, one has to be nimble enough to exit. However if numbers do come about, this is a sort of one of a kind company (a la hester) and hence things can become real interesting in that case.

The whole idea of this chart is to re iterate the importance of looking at the chart structure in conjunction with fundamental triggers, which can help in making informed decisions. 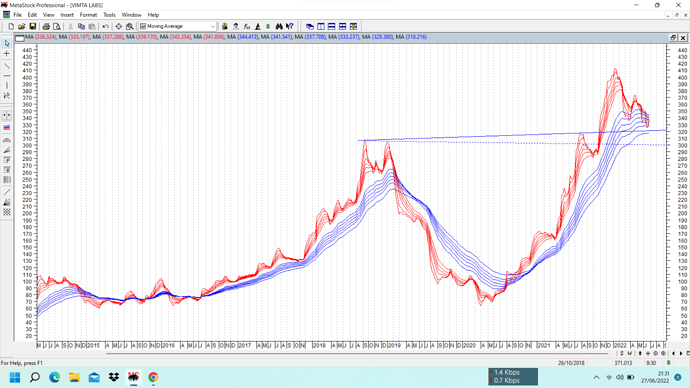 Tried to analyse the same (Vimta Labs) from EW prespective.

Key Hightlights : It seems to be in the middle of a complex correction. One should not expect much upside at least for few weeks/months as overhead resistances are quite nearby . Rather a correction can happen as it has not even corrected 23% of recent run ( Fibo levels -minimum correction) - not madatory but generally it happens.

In this temporary bounce , it can try to go upto 382 - an optimistic scenario . 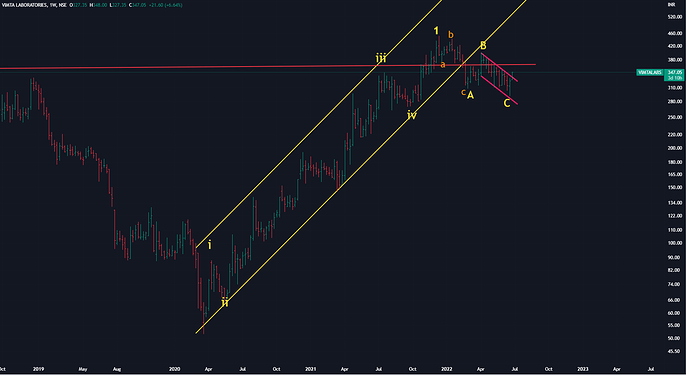 If the overall market -sentiments become bad (as per EW , small and mid-cap are yet to complete their correction) it can get into bigger correction.

It can get into a double zig-zag type correction and come near to the lows of wave IV of the previous leg i.e. 270 and that also mathes with 23.6 % of Fibo levels as shown on the following chart. 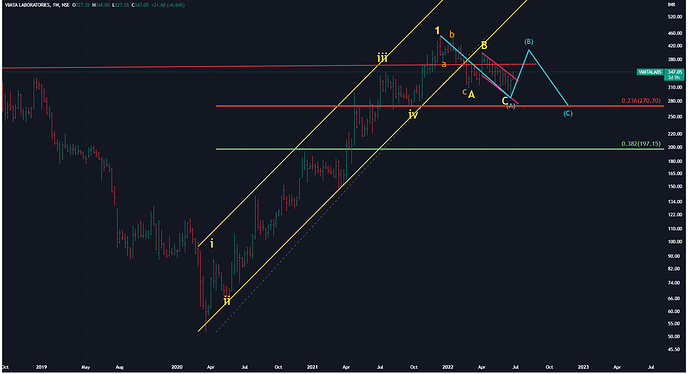 Diclaimer: These charts are for study purpose only. No one can predict the exact path of a stock. One can only think in terms of probabilities - and these probabilities may come out wrong.