The way I see is, the first communication itself was pretty bad. There was no reason for the CEO to say he doesn’t care what the shareholders view.

Now whether this was a planned move to irk some shareholders?? Not easy to find out. But overall earlier communication of evaluating the option of entering airlines could have been communicated nicely. Now, to recover that mis communication, they are taking damage control action which seems the better thing to do.

@magnet, it is a tough call to make. We are taking about same promoters who made what VRL is today from 1 truck 20 years ago. I don’t know how to evaluate these promoters. They know their business so well that I want to bet my money on them. I was okay with promoters venturing into a new business in personal capacity but I find it hard to accept that they dumped it within 2 months. These aren’t first time entrepreneurs, they aren’t seasoned veterans who are acting like kids.

The company have corrected quite a bit and is very much closer to its all time low, courtesy airline plans

. Though I feel the company is facing a little margin pressure, GST should do good to the company in longer term. On a consolidated basis, the company is quoting around a PE of 15 which I do not feel is over expensive.

The situation is very much closer to DCB, however we all know that it did got back on its legs after a while. I believe the same will happen with VRL. The current correction is a boon or a curse I believe only time will tell.

Disclosure - Invested .05% of my portfolio and looking to increase it to 1-1.5% during the current correction in SIP mode.

Continuing on my last message, I believe VRL should continue to report pretty much the same number as last years unless we see any growth in the economy overall which I think is still at least 2-3 quarters away. As and when the economy starts kicking in, we will see most of the big transport players reporting better earnings. Also the margin pressure was due to salary increase of the employees.

I remain positive on the sector and much more on the company as India moves forward towards improving infra. One of the few sectors where great work and spends are visible.

The company has also been rapidly reducing the debt over the last several years. From d/e 1.24 to 0.5 in 2015-16. GST will improve the overall efficiency of the vehicles (reduce transportation time as it does not have to wait at every post while crossing the states and also because gst is a +ve for organized sector). Also improvement in roads that is happening across the country should reduce the maintenance cost of the fleet.

Has anyone estimated how much time will be saved post-GST due to reduced stoppages at checkposts? Every hour saved is another hour that the truck can be utilized on a productive route.

Disc: Not invested, but tracking the sector

This should provide you insight to it 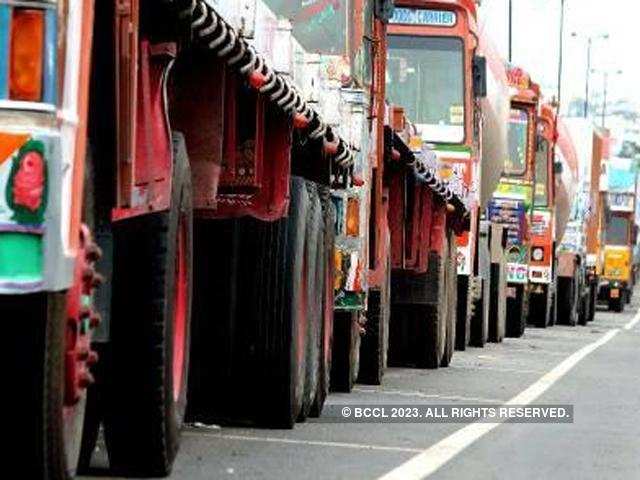 India Business News: The distance travelled by trucks per day has increased by at least 30% post the rollout of goods and services tax (GST), according to a document prepa

Thanks. Browsing on the team-bhp forum turned up this

I had a talk with my transporter whose trucks get us material from Gurgaon to Pune, he said that just the removal of checkposts due to GST where trucks crawl and wait in queue has improved average, the 3118 4 axle truck are drawing under 800 Lit for the 2800km round trip against about 950 before GST era, round trips are also within 4 days against 6 days previously

Promoter VIJAY B SANKESHWAR has sold 20 Lakh shares today to RELIANCE MUTUAL FUND @Rs340, does anyone know for what this sale is for?

Don’t know much, but looks like they are selling shares for Cash. But they also mentioned last time they will remain largest share holders.

Disc: Invested since IPO, around 50%.

VRL has given notice for considering share buy back, looks interesting development.

Its very small size, proxy of dividend. And this is through open market purchase upto INR 460/-

A company buying its shares at such a high valuation doesnt suggest good capital allocation.

They are going for open market buy back and 460 is the maximum cap they have put on price. In all probability, they can finish this exercise within a week or two without impacting price much.

Any article citing the mechanism/dynamics of ‘open market buy back’ would be great to learn; request anyone familiar to post a link.

(My search on the net has yielded superficial information - but experiences of forum members would count more).

With Political support of BJP and turbulence environment of Karnataka, these guys will get a better position. What i see is the stock hoovers around 240 - 310 level multiple times. With change in Karnataka assembly position might give some upper edge on doing additional business from the state. Their position in Maharashtra is doing better, hence they are surviving…