First of all apologies for the delay in posting our deck on FinTech on the forum. Don’t have a valid excuse for the delay.

Structural Changes in FinTech
Our group of two including @basumallick da and myself covered the FinTech space. The attached deck is what we used. Please go through and post your questions we will take it up. I am certain there will be many though

Perhaps we can use this thread for FinTech discussions also for the future.

On the personal front I shared my 7 learnings. I have slightly edited the deck to remove some content before sharing it on the forum.

Many thanks for sharing the presentations. Very incisive analysis.

what are your views on the scope of wealth creation opportunities for the product IT companies like
Nucleus Software (Lending) and Intellect Design Arena (full spectrum BFSI).
Can you please share your assessment.

Thanks Deepak and Basu Sir for fine presentation, Although I skimmed through both the decks could you please enlighten me on the following:

What are the regulatory challenges for Fintech companies?

This is a very broad question. FinTech is nothing but the current consumer finance offerings packaged seamlessly and delivered to consumers phones (mostly). Regulations have been very dynamic. For instance is you look at the payments space the Payments and Settlements Act itself was made in 2007. By 2012 you had the first of the mobile wallets crop up. In parallel a lot of safeguards such as second factor authentication was formulated. The regulator has been very agile to safeguard consumer interests. For instance the latest guidelines in pre paid instrument space came out in October 2017 and this has repercussions on all incumbents affecting from April 2019. On the lending side the process has just begun of forming regulations few licences for instance on P2P lending has been given out. Payments bank was another aspect the Nachiket More Committee did and gave out licences in August 2015. I was an integral part of this in my then job. The whole ecosystem got support with startups in different spaces coming in eg Uber/Ola, Food, Doorstep Services etc. The next leg as you see in the deck is credit and followed by investment. And companies have taken a step towards the same.

How are NBFC companies giving fights to big banks and other comapnies in Fintech space? Who are the leading NBFC comapnies implementing good Fintech strategy in India?

The ecosystem is evolving in such a way in this area that NBFC or a bank wont be always directly competing against each other they are more like Frenemies. The banks have a distinct advantage for instance being escrow bankers or holding nodal accounts thus giving them float. NBFCs in lending space you already know are actually solving consumer pain points and the whole ecosystem is benefiting from them eg Bajaj Finance cards benefits its sponsor bank RBL too, or a PhonePe transaction benefits YES Bank etc.

India is mostly a rural play, What effects does it have on consumers who are more used to conventional banking system?

In 2012 all people in this space looked towards Africa specifically Kenya. Trying to equate mpesa success to prospective success in India. But that wasn’t so. The dynamics and problems were quite different there. After a few years this strategy actually led to payments bank concept to go for the bottom of the pyramid if I may put it that way. But our mobile and data penetration is extreme and goes down to real low income levels. People who defecate in the open have smartphones with data connectivity but not a toilet at home. That is actually a fact and not an opinion. Post maybe 2014-15 with the advent of the app ecosystem things evolved and there is more movement in the top of the pyramid. FinTech for rural is not a success unfortunately. It is data consumption which is. I believe WhatsApp has the power to make this happen though. And perhaps the whole of India including Finance Ministry, RBI, NPCI etc etc is after WhatsApp to regulate what it shows to its consumers. Now this whole community is looking East towards China and asking that will that happen in India. The answer is both an yes and a no.

My few observations from your presentation, please let me know if I am correct here

Yes, volumes will fall for card payments and transactions will be routed via sponsor bank to NPCI for UPI transactions.

Didnt get this question. Read this document for more information on how the financials work out. Examples are given on page 26.

If UPI is going to gain strength in future then will it impact Visa, Mastercard, Rupay

Yes it will. Anyways RuPay and UPI are offerings of NPCI. RuPay has anyways more cards than MasterCard in India now. RuPay is also very attractively priced for banks to issue.

Which Fintech companies are planning to get listed

I wish I knew. But most are cash burning engines at the moment. Its the partners who will benefit most from such things.

What I mean was there are only three PSPs right now as per the post from 50Blog which I am shared(dont know the current status) like Phonepe, BHIM and Tez(Google). And Yes bank is supporting Phonpe at the backend.That means as the transaction on Phonepe increases then Yes Bank will get benefited

Not sure if the news is genuine. But Mr Buffett plans to invest in PayTM. 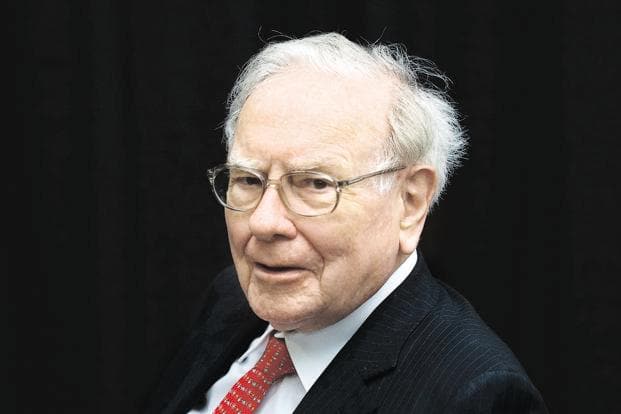 Warren Buffett set to pick up stake in Paytm

Paytm has been in talks with Warren Buffett's Berkshire Hathaway since early February to raise about 2,200- 2,500 crore at a valuation of about $10-12 billion Expected development from Google. Trying to sidestep payments with only a UPI presence and enter into credit. 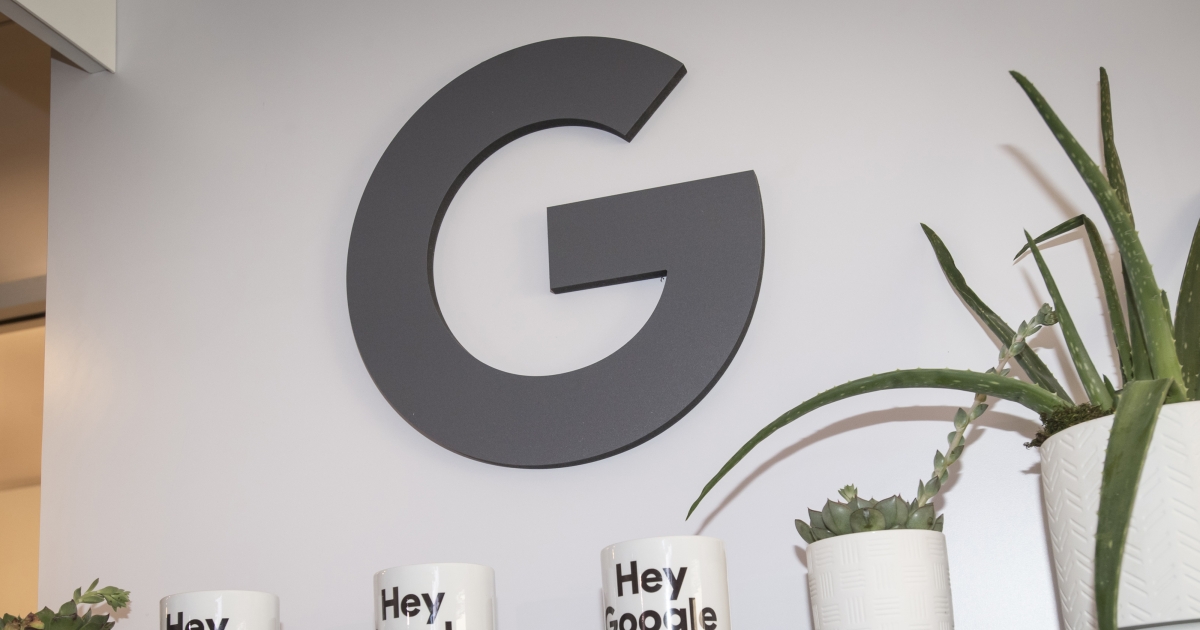 Google Teams With Banks to Launch Digital Lending for India

Plastic currency will become less relevant. Why would I need a credit card if I am already carrying my smartphone everywhere.

Yes the big names have entered this space but I would still feel MasterCard Visa RuPay and Amex (not so much in India) are at a very strong position because they service a very important part of the value chain. Without them none of these products actually work or the cost to convert cash to electronic is quite steep so it won’t make sense.

It’s no surprise that Berkshire holds 5% in Amex and 0.4%-0.5% each in MasterCard and Visa as a proportion to it’s portfolio including the mammoth cash position.
Whereas a PayTM constitutes perhaps less than 0.1% at the moment from the news.

In a bid to reduce costs, create product and service differentiation, and in turn, gain more market share in a crowded segment, Indian banks are using a combination of emerging technologies such as machine learning, artificial intelligence and... 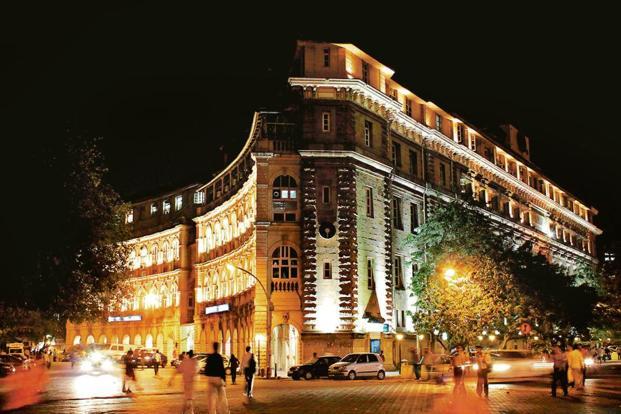 The state of banks may show us a gloomy picture today, but if tech disruptions continue, a decade would be enough for the new dawn

A glimpse at all the innovation happening in various areas of the fintech space in the startup world. It is important to think in terms of disruption, distribution, arbitrage, legacy baggage holding back the transition for incumbents, base effects, ever shrinking timelines for adoption, changing customer base (millennials) and so on. One must also re-think valuation for traditional financial services firms and to some extent banks on these lines as there is a large disruption risk on the horizon.

Look at PayTm money app for mutual fund investment, the UI/UX is so brilliant that it took me 5 minutes to set up everything and start investing unlike the HDFC bank which is struggling with their basic netbanking app and SBI with more than 35 apps on Play Store struggling for digital adoption. Clearly incumbents are having hard time to adapt and it has created a ample opportunity for entrepreneurs.

Why fintech needs to start counting for the unimaginable 2020

For fintech, the potentials are just unfolding; 2020 is when the unimaginable will start taking shape. Start building for it now.

After acquiring over 200 million subscriber base, Reliance Jio is now eyeing the merchant community by entering the point-of-sale (PoS) segment. Centre of Excellence for FinTech in Chennai soon

Ministry of Electronics &amp; Information Technology (MeitY) plans to set up a Centre of Excellence (CoE) for FinTech at Software Technology Parks of India STPI-Chennai, in association with the El

“Growth rates will continue to be 25-30% in digital payments space for a long time.” 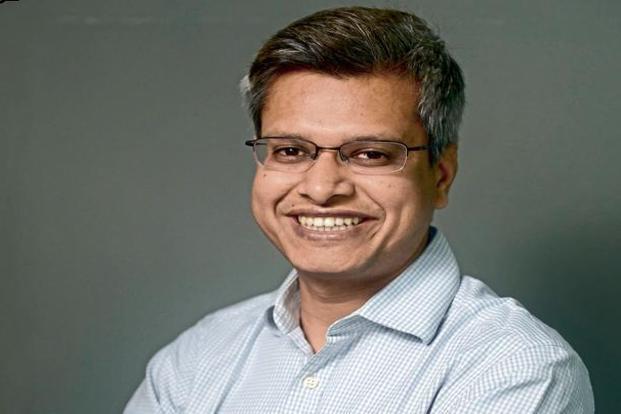 Growth rates will continue to be 25-30% in digital payments space for a long...

Jitendra Gupta, founder of Citrus Pay and managing director of PayU India, talks about the evolution of the space and what lies ahead