Hi,
I am initiating this thread as starter so that we can dig into the concept further. It has helped me a lot in various ways (Life, Investment and Trading).

Clustering as a concept is widely applicable to many fields, which make its application even more useful in market context. It resembles PARETO PRINCIPLE which states for many events 80% effects come from 20% of causes. In market context, price moves clusters. Big changes often come together in rapid succession, and then come long period of minor price changes or ranged move. Price movement do not follow well mannered bell curve, they follow much violent curve that make investors ride bumpier and rewarding.

1) Clustering of Population - Density of population clusters. Historically coastal cities have far higher density of population - Tokyo, Shangai, Mumbai, New york, etc. To give a sense, If everyone live as densely as they do in Mumbai, entire world’d population will fit into Germany (this analogy can be compared to clustering of volatility in market context ;-)). Similarly, if everyone lives as densely as they do in Canada, we will need 14 earths to fit us all (This can be compared to lack of volatility in market context)

2) Clustering of Natural Calamity - The world’s greatest earthquake belt, the Circum-Pacific seismic belt, is found along the rim of Pacific ocean, where about 81% of world’s largest earthquakes occur (clustering of earthquakes). This belt is also know as “Ring of Fire”.

3) Clustering of Wealth - 86.2% of world’s wealth is concentrated among 8.2% of world’s adult population, while 2.4% of wealth is concentrated among 73.2% of adult population. Classic Inequality. Similarly, 99% of Warren Buffet’s wealth came post age of 58. 3-4 stocks would account for significant wealth creation in Rakesh Jhunjhunwala’s portfolio.

5) Clustering of Emotions - Even emotions clusters

Daily working life is largely monotonous in terms of schedule while break clusters during few weeks in a year. Physical love is much more intense (clusters) during initial phase of marriage life ;-). 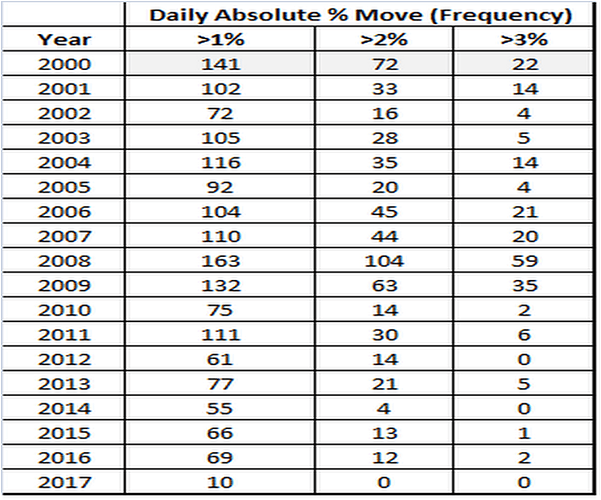 Above data is daily nifty % move in absolute terms. As can be seen volatility in terms of frequency of daily move more than 3% clustered around 2007-2009. While currently we are experiencing lack of such moves (post 2010), clustering of lack of volatility. 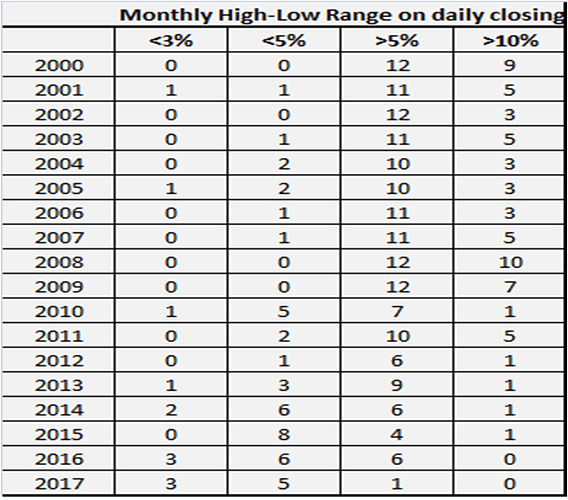 Above data is Nifty’s monthly frequency (number of months) high low range in % terms (again absolute). Again similar conclusion can be drawn as above. 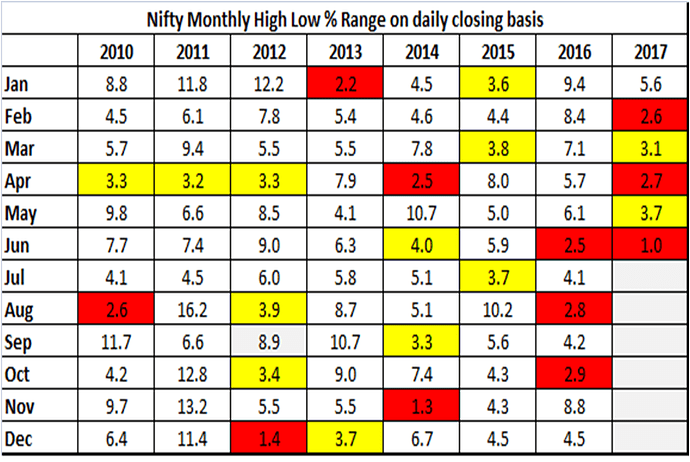 Above is one of my favorite data point

I largely use it to initiate options trade (Hint - it needs lot of waiting). It shows Nifty high low range in % (absolute terms). Red box indicates extreme compression (range of less than 3%). Yellow indicates mild compression (range of less than 4%). One of better time to initiate options buying (broadly straddles) is when Nifty enters Red box. Subsequent month typically have higher volatility. For eg, when I presented this at VP Goa, 9600c + 9400p was available at Rs 130, indicating even a 2% move will make money. Today is expiry and pair is worth (largely 9600c value) Rs 490. 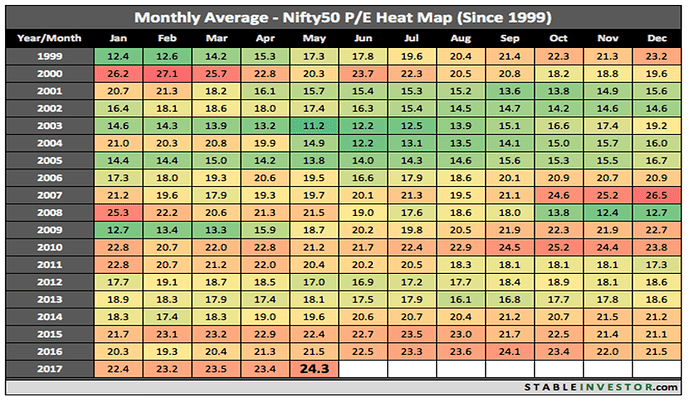 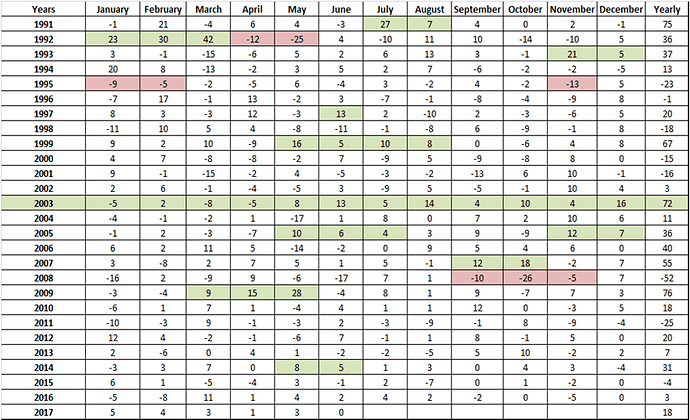 Above data is Nifty’s monthly and year return. Few months will account for large part of yearly move. Only exception being 2003 where returns were pretty uniform. Returns largely cluster.

Similar analysis can be extended to Stocks. 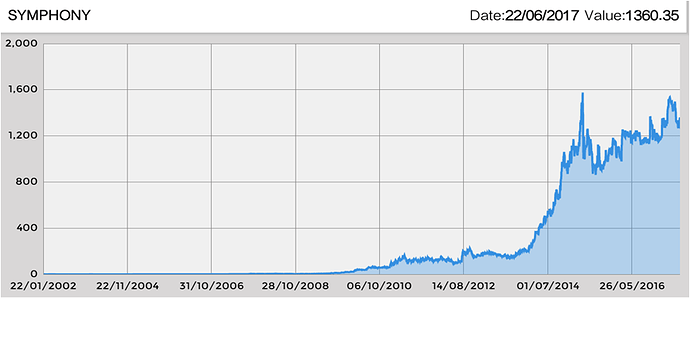 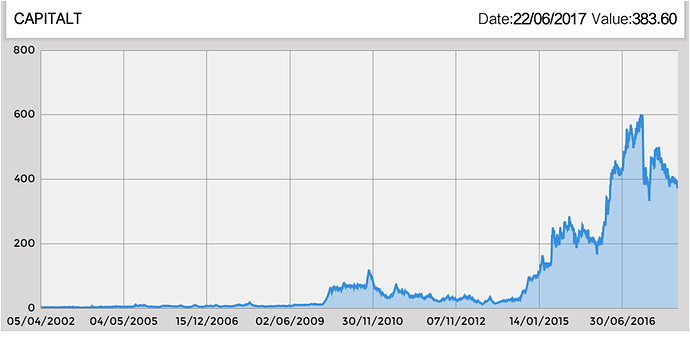 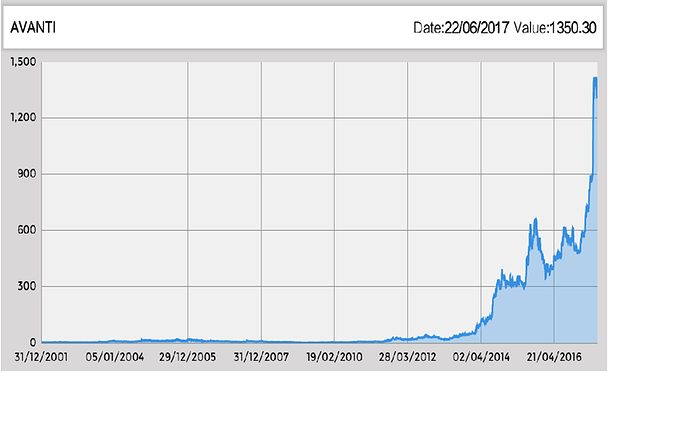 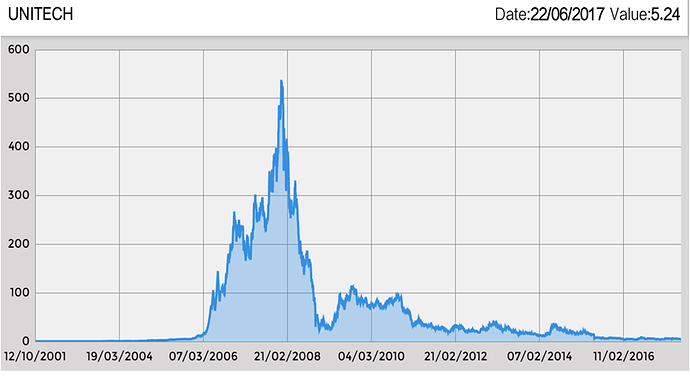 Learning and Application of the Concept
It is important to realize that things in life and markets are not evenly distributed.

6) Be on a lookout for any abnormal move, be it in terms of spike in margins, sudden spike in price move, significant capex, sharp rise in promoter holding, etc. Such clustering itself could throw up lots of ideas. Companies coming out of long period trouble could have clustering of improving performance. Similarly, companies with long period of good performance can have clustering of trouble. STABILITY BREEDS INSTABILITY.

Pls find attached presentation made at VP, Goa Meet. Hope its useful. Thanks. Couple of slides, I had to remove due to size.
Clustering Presentation2.pptx (2.9 MB)

Hi nirav
this is a wonderful topic and mental model to use in general. We can break clustering into following components

a. 80-20 or pareto principle which is a special case of power laws. thats what we see in populations, city sizes, company sizes and returns. We do not see much in natural systems - a human body cannot follow power law, but wealth can.
implication: we are seeing this play out in the tech and overall business landscape. for example, in the past companies were constrained by physical limits (diminishing economies of scale), but in the new platform type companies we are seeing power laws play out more often leading to winner takes all. this means that from a portfolio perspective, we could 1-2 large winners and then all other companies fail

b. Punctuated equilibrium : this is an evolutionary theory, where there are long periods of stability followed by mass extinctions or mass explosion of new life forms. occured during the cambrian period.
implication: this has played out in the internet economy where there was an explosion in number of companies, with most dying off and a few surving and becoming dominant later. we could be seeing this play out in several industries now in the india and globally

c. black swan - made popular by nn taleb. this is clustering with the big discountinous jump. this means that swings can be severe and sudden. high leverage can kill you and high concentration which works well in placing times, will cause a lot of gried during such events.

Hi Rohit,
This topic was largely drawn from work of Benoit Mandelbrot (Book - Misbehavior of Markets). I had prepared a small note on one of the chapter in that book few years back.

Pfa note on the same.

Thanks for starting this thread. Your observation on clustering is spot on and I see this phenomenon daily in the publishing industry where I work. Twenty percent of our products give us eighty percent of the sales.

One way to look at clustering phenomenon is also by identifying companies which can tap into long tail and create newer markets.

Companies like Repro are trying to tap into the eighty percent latent printing market and disrupting the entire cluster dynamics.

Second example that I can think of is the bottom of the pyramid segment. If a week back, you were to check with handset manufacturers, they would have said smartphones gave them eighty percent revenue but JioPhone might disrupt the entire cluster by targeting eighty percent population.

I believe in modern times value migration/creation happens when companies reverse Pareto law with the help of technology.

Hi, I am initiating this thread as starter so that we can dig into the concept further. It has helped me a lot in various ways (Life, Investment and Trading). Concept - Clustering Clustering as a concept is widely applicable to many fields, which make its application even more useful in market context. It resembles PARETO PRINCIPLE which states for many events 80% effects come from 20% of causes. In market context, price moves clusters. Big changes often come together in rapid succession, a…

Dear Nirav ji
OM
I have been enlightened! Good knowledge for a new comer, like me.
Carry on Doctor!
Thanks

You are a true value investor. I am looking for some suggestions from your vast knowledge and repository.
I have been buying Nocil-since 170 and bought it upto 183. Do you think I should still hold it.

Sarla Fibres - I went for it due to Anil Kumar Goelji and Shyam Sekhar who are visionaries in their own right. What is your view. I bought is at 58 and 58.10.

GNFC - started buying at 310 in small quantities. I am heavily invested in GNFC and bought upto 510 levels. Now it is 500.

What is your analysis strategy… Do you follow any specific strategy

Dear Niravbhai
Superb theory and explicit explanation. Lot of learning and valid points. Thanks for the information