I saw the ValueQuest moat fund’s (Prof. Sanjay Bakshi’s fund) returns on trustnetoffshore and as expected they were wonderful. Would anyone know what the fund owns other than Ambika Cotton mills and Poddar developers?

I tried to derive it by looking online and asking people but have been unsuccessful at doing so. Even wrote 2 blog articles about it: 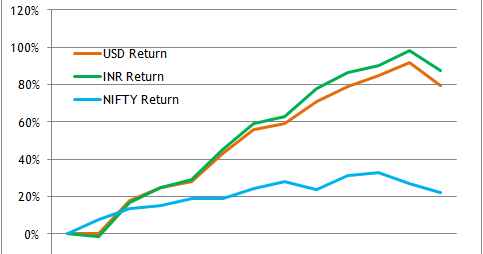 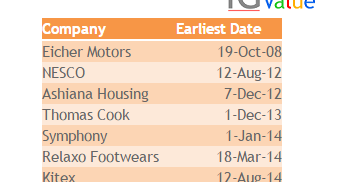 Any help on this front would be helpful in the well acclaimed cloning process.

@inteliinv Added. But I was unable to find when the internet found out he invested in AIA. Could you share a link or shed some light on that? Thanks.

@shanid Thanks for the info. I have added the two. I found the Piramal enterprise article on the fundoo professor blog. But have been unable to find when Prof. Bakshi spoke about Cera. Could you please shed some light on that?

He discussed about AIA in class. I did my mba from MDI thats how I know. You can find a picture of the AIA promoter in prof’s articles.

I remember reading Prof.being positive on Cera…may be in twitter.
But it doesn’t mean that he is invested in Cera.

@inteliinv Thats as a good source as any! Thanks for the info.

@shanid ok. Do you think the ValueQuest fund might be invested in Cera? I think has been a bit rich on valuations since the fund was launched in April 2014. Thanks.

Professor was bullish on Shriram Transport Finance Company Ltd as well. Don’t know whether this fund has invested there or not.

He has invested in Shriram , a sizeble chunk and how do we know he still holds it. Nobody tells the exit.

KKCL u missed out. Not sure if the fund would have been invested in such a small float stock.

Yes. Thay had invested in kkcl. But one never knows about the exits Anything else that might be missing? Also any idea on the earliest date of mention of AIA Engineering or Cera?

also add Astral Poly. Based on his intelligent fanatics presentation.

In intelligent fanatics presentation, he mentioned that he exited Eicher quiet early…

source if you can recall

He doesn’t hold 2 out of the the seven business listed in Intelligent fanatic slides and those are Eicher & Astral. Source: his tweets

Also mostly out of Vaibhav too