Incorporated in 1971, the Company is engaged in the manufacturing of Iron Castings. They manufacture castings components in Grey Iron and S.G. (Ductile) Iron, primarily for automotive sector. Castings are supplied in Machined, Semi Machined and as cast condition with surface treatment as per customer’s need. Suspension Brackets, Differential housing, Hubs, Brake drum, Flywheels, Adjuster Nuts, Pulleys, Dampers, etc. are some of the items that find application in the commercial vehicle and engineering industry.

They have more than 65,000 sq. ft. size area manufacturing plant located at VKI Area, Jaipur, Rajasthan, which has an existing installed capacity of 7,800 MT p.a. for the manufacture of grey iron and ductile iron castings. In addition to that, they have another capacity of 11,400 MT p.a. with their group foundries. They cater to the requirements of many of the major automotive and engineering goods manufacturers in India and all over the world.

On the Financials front, the company seems to be doing extremely well. Revenue Growth averages at ~18% for the last 5 years, Profit Growth at ~35% and the Return Ratios at ~25%-28% or so. The Cash Flows also seem quite consistent.

The negatives seem to be the high Debt (1+ D/E Ratio) and high Working Capital Requirements (~20% of Sales). 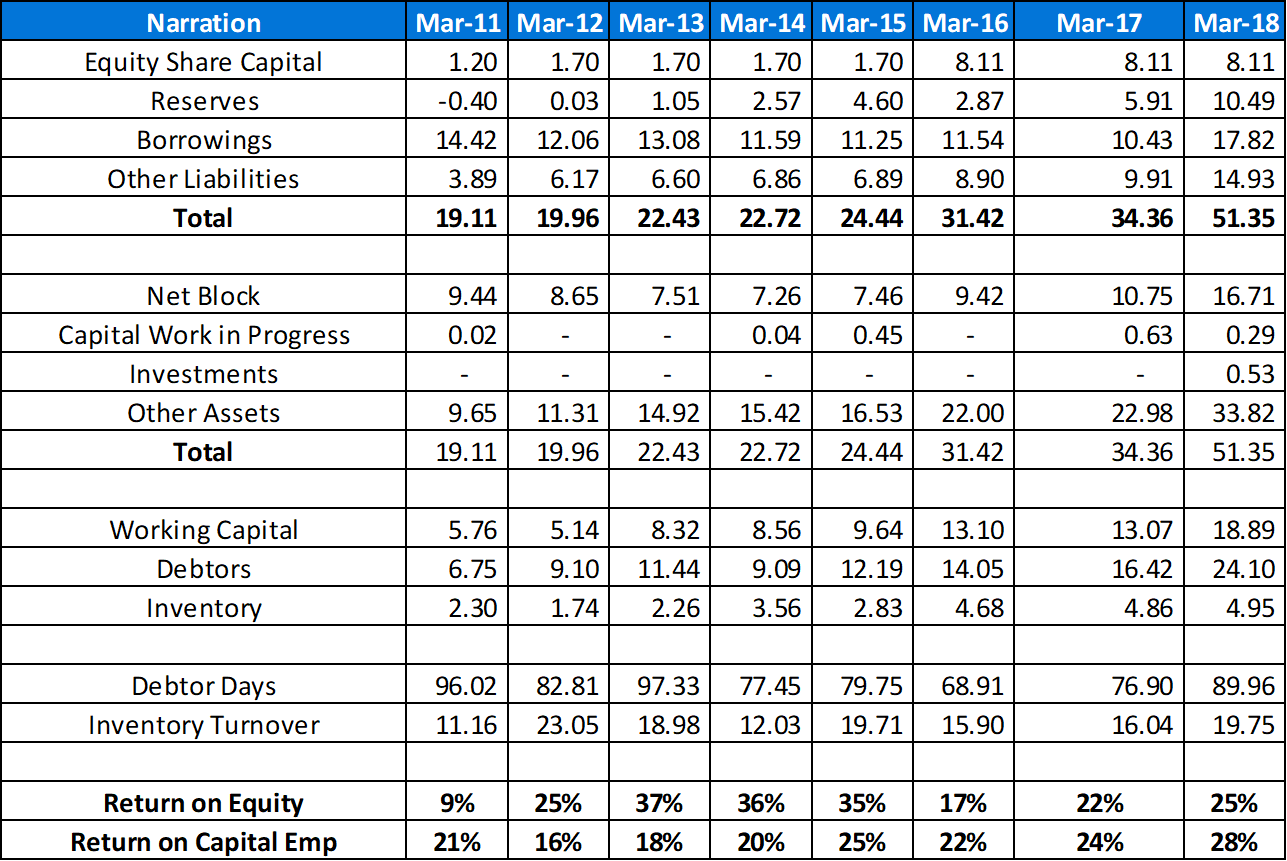 Lack of Board Independence: The people in charge of the company seem to be related to each other in one way or the other. Even some of the top shareholders seem to be that way.

Related Private Businesses: The company has listed down the names of several other private businesses in UAF’s ‘Contact Us’ page. A quick look at Tolfer tells us that these are indeed companies doing similar businesses and managed by more or less the same set of people. A MoneyControl article written during the IPO of the company confirms the same. 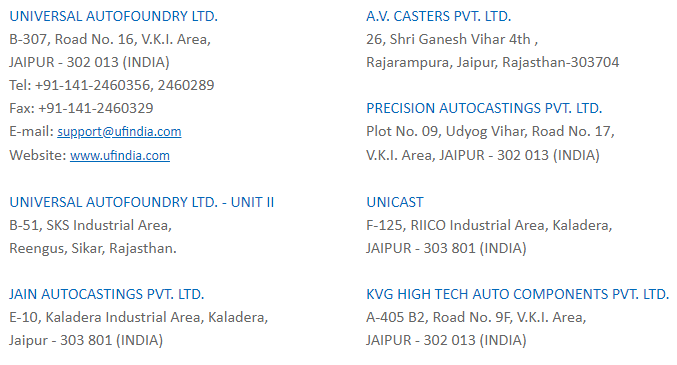 Unlikely Association: Out of the above related companies, one “company” is named ‘Indian Metalfoundries Institute Private Limited’. They have listed themselves to be in the ‘education’ business. However, UAF recently made a Rs. 0.5 Crores investment in the institute. Investing in a company which is already managed by the same group of people seems a little out of place, notwithstanding the question of why they would invest in an educational institute in the first place. There are no comments about how they plan to utilize this new association. What’s interesting is that the company has also made a loan amounting to Rs. 0.5 Crores to the institute last year, of which Rs. 0.3 Crores is receivable in 2018. Being a Debtor and a Shareholder of the same company sounds possibly oxymoronic to me.

Promoters-Lenders: Almost ~50% of the company’s entire Debt seems to have come from the promoters and more surprisingly, their relatives too. 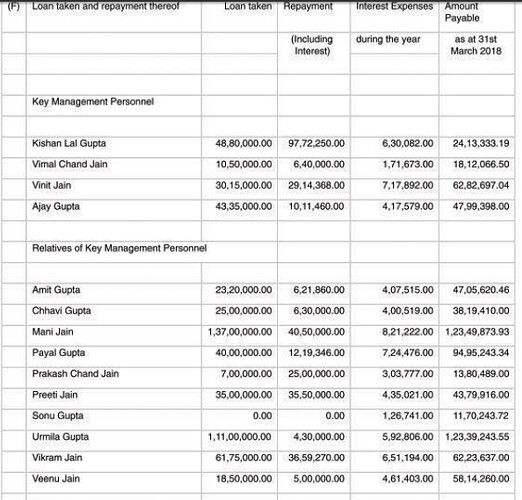 Bad Credit History: The company wasn’t always in such a good financial position. In 2010, ICRA Rated a bulk of the compnay’s Debt as LB+, which is a pretty low on the ‘Non-investment Grade’ Ratings (Source). In fact, at that point, they had a D/E of ~18 (Yes, you read that right).

Low Interest: What’s really bugging me is that regardless of such a poor credit position in the past, the company has historically paid an interest of ~10-11% on their outstanding Debt. The loans seems to have jumped around, from SBBJ to IndusInd to others.

Salary Structure: This is just nitpicking, but the CFO earns ~2.3x the Salary of the Directors/MDs, which I found a little weird.

I do not own any shares in the company. The company popped up on my Screener and I eventually looked into it. I wanted to begin a thread on it in order to get better clarity on the concerns I have listed down.

They are expanding and setting up another unit. Capacity 1.5 X current.