Disc: I applied for this IPO

It is an interesting Monopoly that deserves the kind of P/E it is seeking and can trade much above the listing price as it has no corporate governance issues and has a safe hedged business model for 10yrs from now and has the most advanced form of Cinema broadcasting from satellite and projector. Its a unique opportunity, hence I thought after being unsuccessful at INOX Wind and VRL Logistics this can help. At times IPOs of concept or new category stocks provide good opportunity to load in like JustDial,Jubilant Foodworks,VRL Logistics and others.UFO too belong to same category imho due to

2)The concept ensured films reaching 100 crore club v easily due to simultaneous release of 2000-3000 prints ensuring Friday sametime release for all places whether Metros like ,New York,Delhi or small towns like Raxaul or Pilkhuwa

3)At a very cost effective Win Win model for all parties involved Distributors ,Exhibitors and UFO

7)Capex over so PE will be less on forward basis Angel Broking has recommended to subscribe on UFO Moviez IPO issue for listing gains as well as for accruing handsome rewards from a long term investment, says the report. 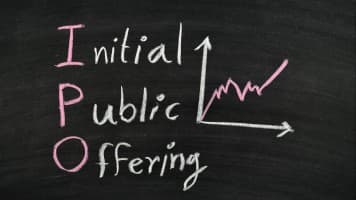 The IPO seems to be expensive - trailing PE of 32. However if it can sustain the past year performance then such PE is justified.

But when why are the promoters and for that matter PE’s diluting their stake. Key highlights of Conf call by Capital Mkt:-
For the quarter ended June 2015, the consolidated net sales grew by 23.5% at Rs 130.32 crore. The net profit level inclined by 41% to Rs 12.81 crore.The average number of advertisement minutes sold per show per screen increased to 3.81 from 2.13 in Q1 FY15. As a result, advertisement revenue grew 88% to Rs 36.3 crore. The advertisement revenue per screen (average) stood at Rs 93098 in Q1 FY16 compared to Rs 53085 in Q1FY15.Advertisement revenue contribution grew from 18% to 28% YoY.
OPM was down due to higher sharing of ad revenue with exhibitor and spend on new business of Caravan Cinema
The mgmt said that it has seen significant growth in revenue of Caravan talkies, which will help margin going forward.
The mgmt said that quarter can’t be compared either on YoY or QoQ basis, as performance for the quarter depends on number of films released and its hit or not.The mgmt said that going forward growth will mostly come from ad revenue and hardly from equipment rental and sales of digital cinema equipment as numbers of screen opening is coming down.Caravan Cinema now has 50 vans and expects to have 80 vans by end of September and 125-150 vans by end of FY16. The mgmt expects it will have 300 vans over period of next 2 years. The capex for each van is around Rs 14-15 lakhs and total capex for 300 van would be around Rs 40-45 crore.The mgmt said that Q2 will also see margin pressure with long running of hit movies like Bajrangi Bhaijaan and Baahubali, but to large extent it will be compensated by increase in ad-revenue.For last 3 years, the mgmt is focusing on increasing utilization of advertisement minutes. Ad rate has increased marginally.The mgmt expects advertisement revenue to grow by 40-50% in FY16.The net debt is around Rs 33 crore and cash is around Rs 82 crore.Rs 40- 50 crore is maintenance capex per year.

What is going wrong with this stocks ? on paper everything looks good but there is something that i m not able to see …

Times are a bit hard on this one, but I guess things will settle and ultimately the stock will do well in 3-5 yrs time.

The company saw 23% growth in corporate ad revenue while government was flat in Q3. The mgmt said that Q3 is always a good quarter due to festive season. It hopes to see improvement in government ad revenue in Q4.

The company launch UFO Frames. It will be an extension to the existing UFO Moviez in-cinema advertising. It will enable local businesses to reach out to their audience more effectively and economically. Retail advertisers will be able to create, personalize and launch campaigns on local movie screens.

UFO Framez rate is substantial higher than current one. Yield per rate will go up when UFO Framez start from next year.

Caravan Talkies added 67 van added in 9m, There was revenue of Rs 2.61 crore in 9M and Rs 1.3 crore for Q3. Caravan Talkies is expected to cash breakeven in H2FY17

Ad revenue growth less than PVR as the company revenue come from government and corporate vs PVR’s only from corporate. Corporate ad revenue in Q3 is usually strong usual while government is weak. Generally sees heavy spending by government in Q4.

The mgmt expects good growth in government and corporate ad revenue in Q4.

15 states now advertised with the company

Ad revenue is booked on perceived success of movie.

Sales of products are uneven. One has to look it on annual basis. Q2 has seen good growth. Lamp sales are consumable item whose sales are predictable.

Caravan Talkies had 114 total number of van in January 2016. In last 1 year, top 20 advertisers experimented with this van. Currently, it has 10-12 advertisers advertising.

The company in total has 1700 advertisers.

Capex on van is Rs 15 lakh all inclusive.

The mgmt expects to stabilize Caravan Talkies business in Q4 and H1 FY17. Not to add any more van this year. Focus on stabilizing present 114 vans. The mgmt said that it will not going for 300 vans number by end of FY17. This business is expected to cash breakeven during the second half of fiscal 2017.

The company has taken in regional movie (non southern movie) in E- cinema VPF toward end of Q2. But regional contribution is small, so growth is small.

Good business model with E-Cinema going up and D-Cinema coming down, good potential for ad revenue going up. Some innovative themes like caravan and cricket can succeed.

Expect a good growth in 4th qtr and next year ( More screens are getting added) and correlate with improvement in performance of PVR and Inox.

I hope they settle the patent issue amicably with Real Images.

@sethufan
Can you through more light on patent issue with Real Images. Thanks

I am not able to place my hands on the exact nature of the case. I googled but could not get it. I think it has to do with MPEG -4 format which the Comapny is using for E-Cinema. Real Images is also a good company with the veterans like PC Sriram and known for its technically sound team.

Despite being a global leader, the company is generating low ROE. There have been cases against the management and corporate governance seems to be an issue on first look due to a lot companies under the valuable group. Has anyone been tracking this company? Any entry barriers to the business?

Also I am not being able to understand the economics of the revenue sources-can anyone help me understand the value chain in the industry and where does UFO come in? 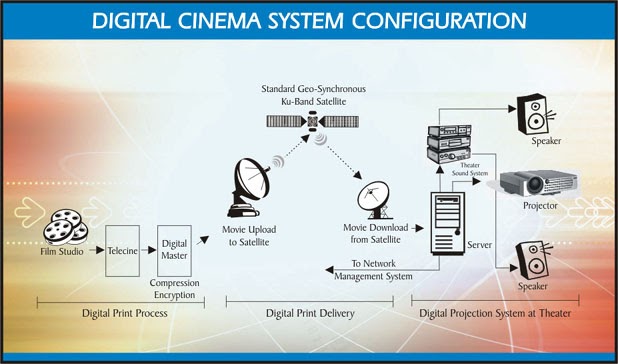 The Bombay police claim to have busted a gang of film pirates operating out of Karachi, who were being assisted by middle managers in post...

An outdated but interesting blog on the quality of UFO movies…

UFO main revenue is from Advertising pan india which is a captive but attentive audience. See the growth in advertising revenue for 9 months. The Company is trying to reduce its dependence on Govt and trying to rope in all good private names. You will find all marquee names in the list. They are taking lot of other initiatives.

PVR and INOX are doing well and this can increase VPF fees from e-cinema and consumables. Q4 is going to be good as per their last concall. The trend now is to convert a single screen to multiple screens ie instead of 800 audience you split the volume across different segments and reduce the risk. This can be good for UFO.

UFO is a capital intensive business. It may be the competitive advantage, because huge capital is required for infrastructure. It also have network advantage. Promoters told in conference call that company’s major expenditure is over and they will leverage existing infrastructure to increase ROE. I don’t know why they are trying to rise further funds.

Can you help me understand which was the capex intensive part of the business that you are talking about? Satellite system has bee leased…cine blaster that is used as a server by exhibitors will still be used for caravan talkies I am assuming unless they dont plan to show the latest releases to the rural population? Agree with the network advantage…a couple of more advantages- stickiness since they have 10 year contracts with the exhibitors for revenue sharing and equipments(with an option to terminate only after 4-5 years)…also unlike Real Images the content does not have to be physically delivered due to lower file size thereby saving transportation costs for the distributors

Why are the receivables so high? almost 50% of gross revenues

I don’t have much idea about their capital structure, but asset turnover ratio is 1. This much low asset turns is very rare and it is the nature of highly capital intensive business.

I just had a talk with a theater owner who is operating his theater through QUBE Digital Cinema (Real Image). See his answers for my questions…

Q1: Howmany years agreement you have with QUBE?
A : 7 Years
Q2: Who provide better quality?
A : QUBE and PXD
Q3: What about UFO?
A : Worst quality
Q4: But UFO is largest network across India with more than 50% theaters
A: Yes, this is because UFO is cheep and so there is pressure from distributers. Its nessesary to have satilite system now a days, so C & D center (rural area single screens) theaters opting for UFO
Q5: Is there any chance for these theaters to shift to other network.
A: Yes, if quality won’t improve they may shift to other networks and it is not that much difficult to do so after agrement with UFO finish

If any one have questions please let me know.

Thanks…appreciate it! You are right about the quality… UFO quality is considered to be the worst (UFO M4) and hence the file size is cheaper…the distributors are at an advantage since their cost decreases…I am not sure if its sustainable as I believe the producers would eventually step in if their content is not being shown properly…

I believe the capex was coming from digitisation (purchase of D-cinema equipment and purchase UFO-M4 Cine Blaster server). Now more than 95% of the screens in India are digitized, they dont need to purchase equipments anymore. This is my guess - will need to confirm.

Because of these factors one can assume that the high growth play will only be in their advertising division.

I would like to understand the stickiness factor- is it not right to assume that since UFO shares its advt revenues with the exhibitors, they would like to stick to UFO? How is UFO’s contract different from Real Image? Also can you confirm if the films are physically delivered in the case of Real Image? If that is the situation, then I see no reason why a distributor(due to lower cost) or an exhibitor(due to on time delivery/first day release) would want to switch to Real Image.

is it not right to assume that since UFO shares its advt revenues with the exhibitors, they would like to stick to UFO?

QUBE and PXD don’t share their Ad revenue. Don’t know about UFO. Probably they are also not sharing. But promoters trying to change this model. They told in the conference call that they are looking to partnership with exhibitors to set up infrastructure and then share Ad revenue with them. This will help UFO to become asset lite model and make the exhibitor stick with them.

Also can you confirm if the films are physically delivered in the case of Real Image?

Yes, they have to copy the content from Hard disc to the system. This hard disc shall be delivered by QUBE only. UFO also do the same thing.