Tejas Networks - Macro Tailwinds and A Bit of Luck can Upgrade the Business?

The crux of the matter is to establish 3-4 things -

To put it simply - Tejas makes optical products (switches) that are used in networks. The products are broadly categorised into 3 categories - 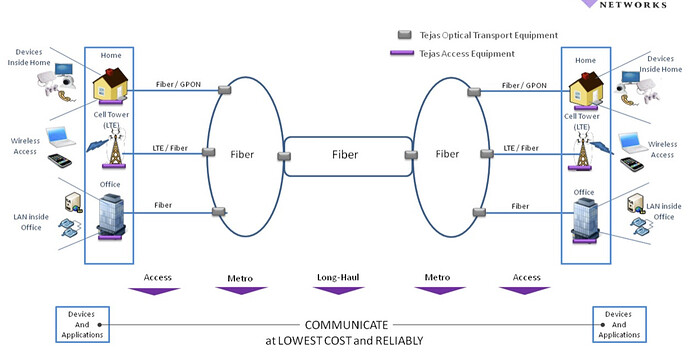 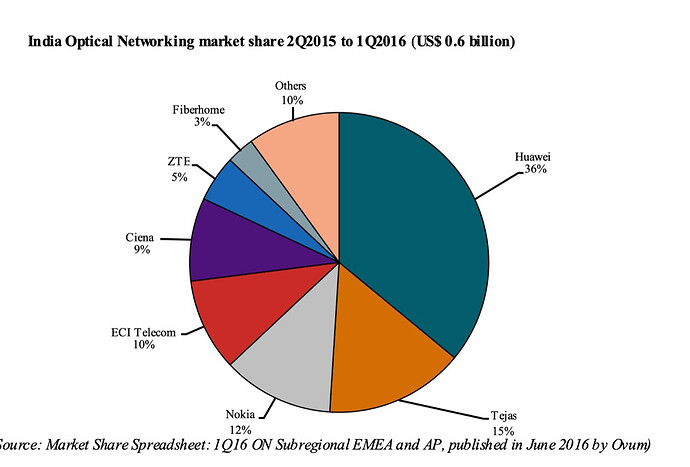 These are the things I really want to take to industry expert and start conversation.

A few things about Tejas business in itself -

In this post, let me talk a little bit about company history and few issues -

The company has survived and thrived in last 2 decades. Government/PSU business have had a large role to play in the scale up of the company.

Winning Airtel in 2006-2010 and then Jio in 2020 shows that product quality is at least acceptable. Winning wallet share of Indian private customers is now next stage for India private business.
In DRHP, company had said that it has 15% market share in total Indian optical networking spends (diagram in first post). We need to understand the market share just in Indian private operators. As per same DRHP, Huawei had 36% market share (of total) and I think some part of this MS is up for grabs. What do Indian operators think of Tejas and its positioning (in terms of technology and pricing) w.r.t. other competitors like Ciena/Ericsson needs to be understood.

The company also tried the OEM business where it did some contract manufacturing for Nortel/Cienna till FY19. But in recent years, this business has gone to negligible levels.

The company had sales of 900cr in FY19 and it fell to 391cr in FY20. This is largely because of India Government business falling from 55% share (495cr) to 15% share (59cr). This is because of election year and other delays at government level. In FY21, India private has remained at 17% of revenues but revenues have grown from 391cr to 527cr (growth driven by India private and International). I will write another post that shows revenue split between different segments.

There is possibility that India government business might come back strongly in FY22. When asked about receivable days for this potential business - following was management’s response in Q2 FY20 - 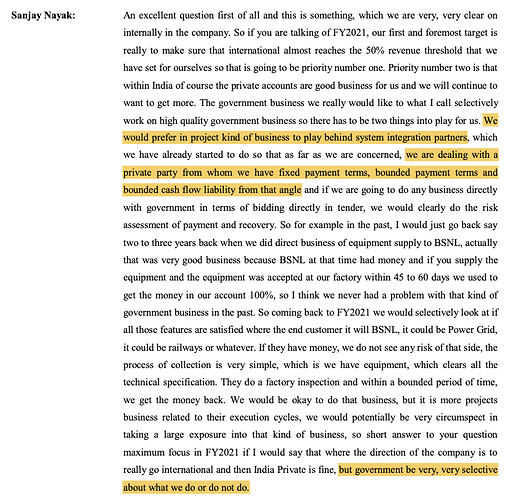 Quality of Tejas Products against Huwaei, Nokia, Ericsson, Cienna: At par with Huwaei and Cienna. For Cienna they used to do some contract manufacturing also. Nokia and Ericsson do not really compete with similar product offering.

Strength: I would say good R&D team, they hire from decent colleges and manage to get good talent because there are very few Core ECE jobs opportunities are there in India.

Cost Advantage: Apart from Cheap R&D, the products are made up of low cost ingredients. What i mean is the product would be designed using cheaper DD2 RAMs while everyone in the industry would be using costlier DDR3 RAMs. It doesn’t mean the quality is inferior, Tejas manages to tweak the built using codes. They work on FPGA platform which is reprogrammable and hence the tweaks can be improvised time and on.

Growth Opportunities: They did manage to win few deals in South East Asia and Africa through competitive bidding in 2012-16. If the Internet infra opens up in African region then the company can win further more orders.

What didn’t work: Company had invested decent amount of time and effort in few projects like Defense and EV batteries which never materialized during 2010-14 which led to de-growth. Between 2010-16 they managed to win very few orders

Huawei Exit and competition: The company has been pleading for preferential market access to Indian companies from a long time. If that happens it would be strong tailwind for sure. But Huawei offers complete network access unlike Tejas which predominantly operates in L2 (Switching). L3 is where routing happens is a more lucrative opportunity. But previously we have seen Telcos preferring companies with complete network access that is why Airtel preferred Huawei post 2010. 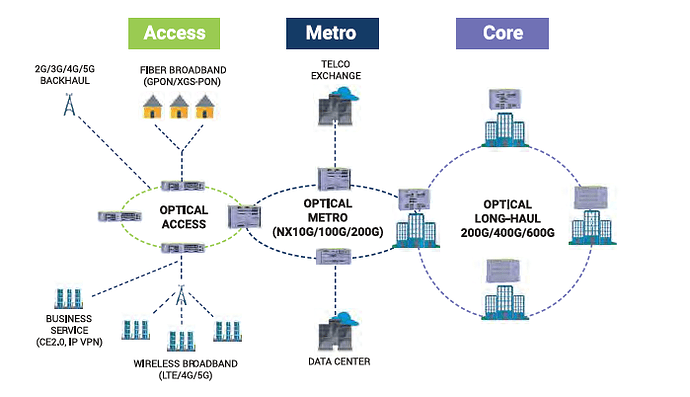 Solutions from last mile to the Network Core 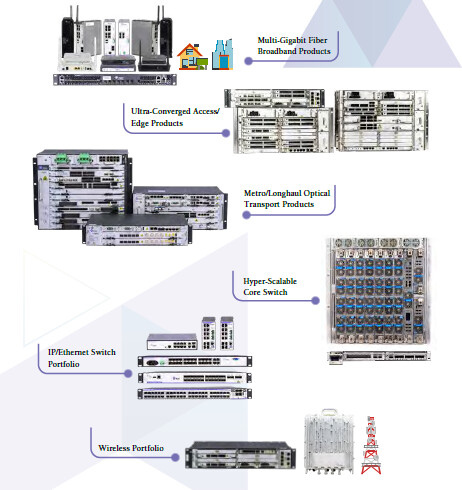 Expanding product portfolio with Innovation & R&D. ICICI Securities has ranked Tejas as a top-3 R&D spender (as a %age of annual revenues) amongst all publicly listed companies in India. Tejas is the only information technology company to make it to this top-10 list.

Just curious on a few things at the starting level. if you can help us understand better the capabilities/support available in deployed/current gen Tejas products

This has few interesting points → 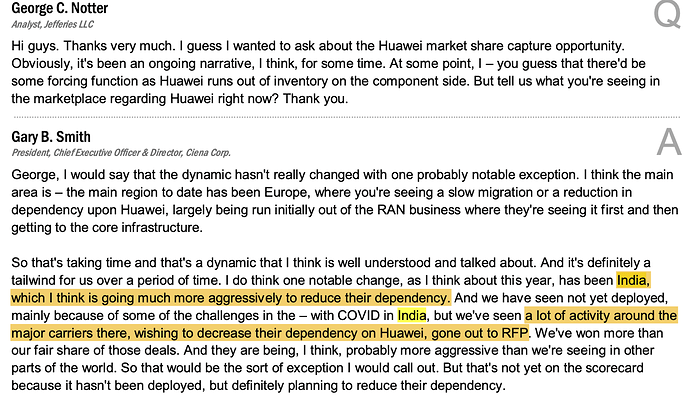 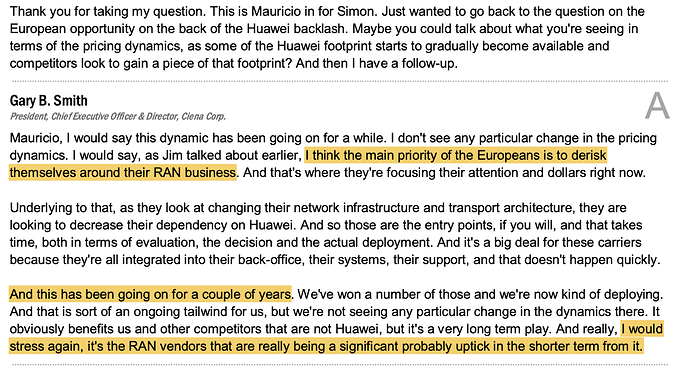 Let me talk a little bit about FTTH business now.

In home internet business, entire copper infrastructure will be upgraded to FTTH. How big of an opportunity is this? 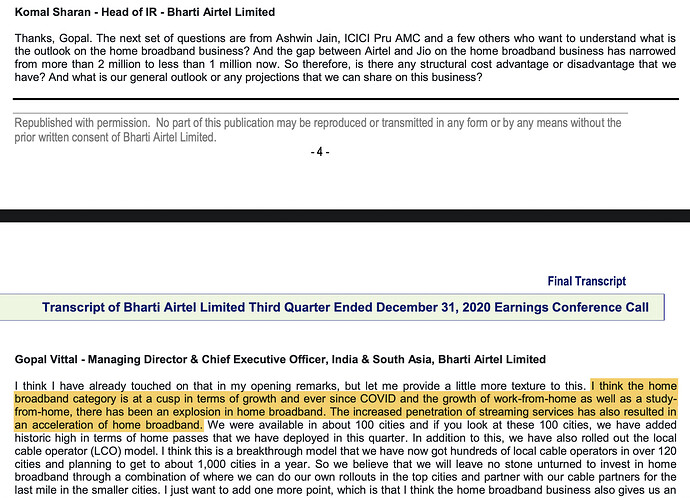 Will do another set of posts on customers and deal wins (all 3 segments), Backhaul/Metro/5G and also product comparisons as we go along.

Let me pick the last one first. GMPLS based support for DWDM products. As reported by industry sources Tejas supports MPLS-TP based products for PTN networks, Mobile Backhaul for example. See below picture just to understand relationship between GMPLS, IP/MPLS and MPLS-TP.

See a specific application of MPLS-TP for Mobile RAN networks.

On the first question on SDN support, as per industry source Tejas products are SDM-ready and some are on immediate roadmaps.