Much has been written about Tata motors, the company, and there’s really not much I can add to that.

Specifically though, I wanted to start a thread about the DVR (Differential Voting Rights) shares. Tata Motors DVR shares were brought out by Tata Sons to raise money during dire times without diluting their voting stake, because these have significantly less voting power. This practice is common in developed markets e.g. US where shares of different classes are common. In fact it would be hard to find huge companies which do not have shares of different classes.

To compensate for the voting rights (or lack thereof) these shares pay an additional 5% dividend as compared to regular shares. So if a regular shareholder gets Re 1 dividend, a shareholder of DVR will get Rs 1.05

Some triggers could be:

1). BSE has announced that it will include tata motors dvr shares in it’s indices (and other few DVRs also)

2). IF NSE follows suit, people will certainly wake up to the DVRs.

But purely from a valuation perspective the DVR trade at approx EV/EBITDA of slightly more than 3 and with commodity prices (steel) coming down it looks like the downside is limited. AT CMP the dividend yield is nearly 0.7% (honestly if I were running the company, I’d stop paying dividends and repay my debt instead, but hey, who’s asking me anyway

Nobody knows if/when the DVR price will converge and it may never converge (markets can remain irrational far longer than you can remain solvent), but the downside definitely looks limited at CMP of nearly 312.

Thoughts, specifically on the DVR?

Another couple of things :

And also: I’m long, though from higher levels and looking to opportunistically average down, so consider my views biased.

The fortunes to DVR are linked to tata motors performance, which in turn is linked to JLR performance. I hold this stock for about a year and half now and have been eagerly awaiting the launch of the XE and commissioning of the china factory. Launch of discovery sport is also going to bring that x factor. I think both these factors could be potential game changers for the company.

I am surprised how little chatter there has been about this news. Potentially , this will lead to a multi year bull run for HCV sector.

Or am i missing something?

Discl : no position but watching developments

Wonder why sill TATAMOTOR DVR should trail behind TATAMOTORS by such a huge margin of 36%. By sheer virtue of this margin, can we assume that Margin of safety in buying TATAMOTORS DVR is 36% vis-a-vis buying the main tatamotors scrip and on one fine day this margin shall narrow to say less than 10% . Any way , for a small investor like me, voting rights doesn’t matter . Isn’t ?. Moreover, TATA groups are highly ethical.

Solicit views from the forum.

Yup. Its completely irrational.
A potential spin off of TML Finance or Tata Technologies might straighten out the irrational discount.

Today’s shakeup at Samsung by Elliott Management ought to affect their differential shares in Korea. Similarly, any form of activism in India holds great promise. I had thought that the inclusion in the Nifty would help out, but somehow hasnt yet.

So, this isnt a net net bargain , but is actually a growing enterprise.
One of the very few truly global brands owned by an Indian company. 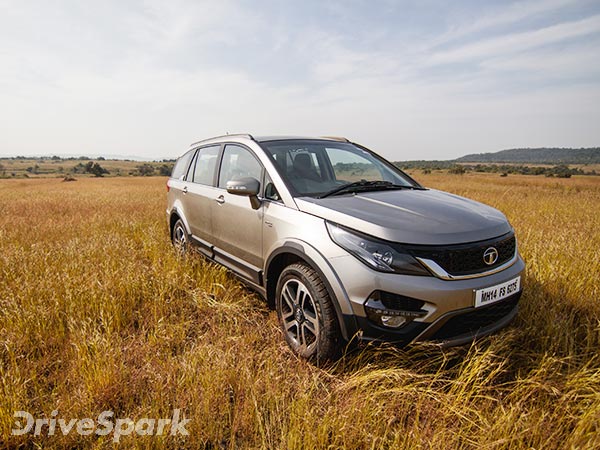 Indian auto major Tata Motors is preparing to launch premium dealerships across India for some its premium cars. Read more.

A new Land Rover Discover model is due this summer, and Jaguar will soon begin releasing more details on its first electric vehicle, the I-PACE SUV, due in 2018. Tata also has recently unveiled a new line of light pickup trucks and HEXA SUV for India.

Tata Motors Looks to Bounce Back in 2017

2016 was a great year for the automaker, but some negative headlines hurt performance at year-end. Will it resume its upward trend in the new year? As it eyes the number 3 slot in the Indian passenger vehicles space, Tata Motors has got its Sanand factory humming. Once functioning at only 20-25 per cent of its installed capacity, the plant is soon expected to touch a production volume of

Consolidated Financial Results for the Quarter and Year ended March 31, 2017 – As per Ind-AS

1. De-growth in the M&HCV segment and LCV segment partially offset by growth in Passenger vehicle segment.

Discounts and pre-buying especially in commercial vehicles and motorcycles due to the enforcement of BS-IV emission norms from 1 April 2017, led to ov.. 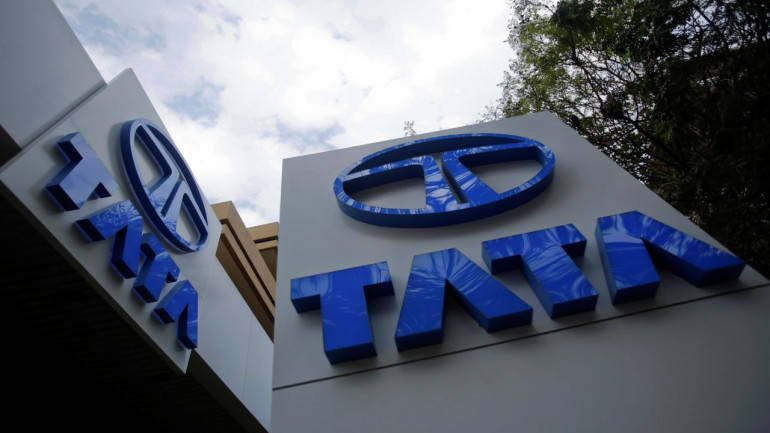 In a move which investors will love, Tata Motors is driving hard to try and regain its market share in the commercial vehicle (CV) segment. Sources tell CNBC TV18 that India's largest CV maker has set ambitious sales targets for its top dealers.

The marathon-running, data-obsessed exec wants to bring order to a messy business empire.

Describes possible revamp in entire Tata group and talks about Tata motors as well. A good read and thought to use this thread. Disc: 2% investment with Tata motors DVR

Tata motors DVR is still languishing its parent company by 40%+.
Though the future of Tata motors depend on the turnaround of its laggard performance.
Can it still come back from the shadows?

TATA MOTORS DVR shares are definitely undervalued but given a 5 year time horizon i dont feel the company itself can hit homeruns. The industry is soon to see rapid consolidation and i doubt this company has will make it through.
Disc. not invested 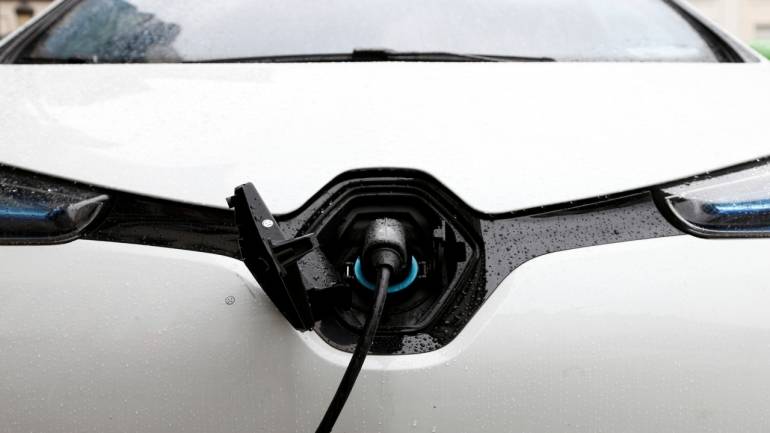 Tata Motors emerged as the lowest bidder in a bidding process for the contract. 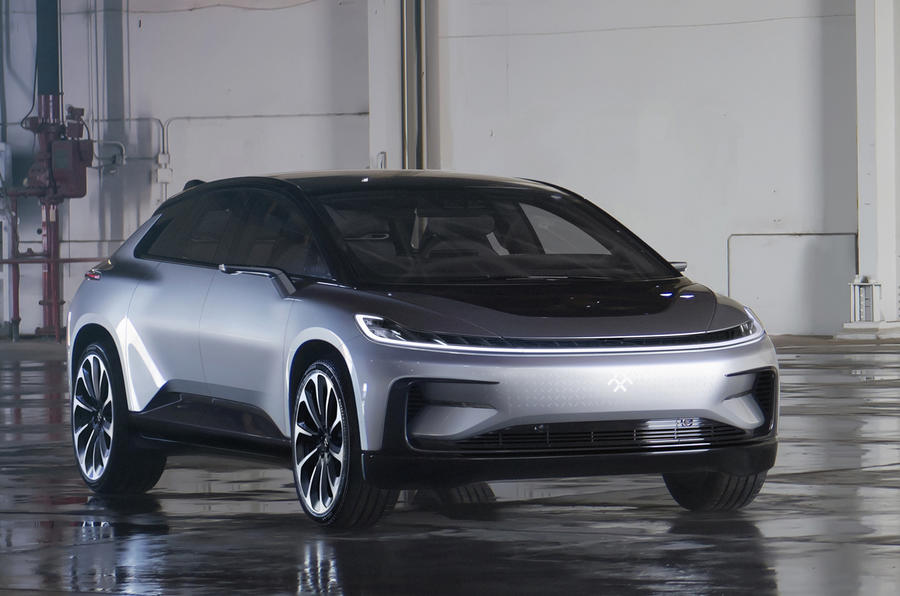 I noticed that Tata Motors-DVR shares underperformed Tata Motors shares for quite some time. For eg: from April 1st to till date Tata Motors went down 7.8% where as DVR went down the double, more than 15%. Why do think this disparity ? Is there any hope this to move in tandem as the only difference is expected to be voting rights ?
Or does it mean, DVR would go down faster in a down trend and go up faster in an up trend ? Or is it just because many don’t know much about DVR or any other reasons behind it?

Disc: Have a 2+% in PF and wondering if it is better to exit at loss or to wait for long to protect the capital.