A nice write-up put up by Siddharth Shukla in this Swaraj Engines stock story.

What I really like is the low capex requirements leading ton consistent free cash flow record with good RoE record.

On the flip side the growth performance was flat till FY07. Only perked up post the M&M stake. How do we take a call on this?

I had done a more detailed Write up at my blog here : 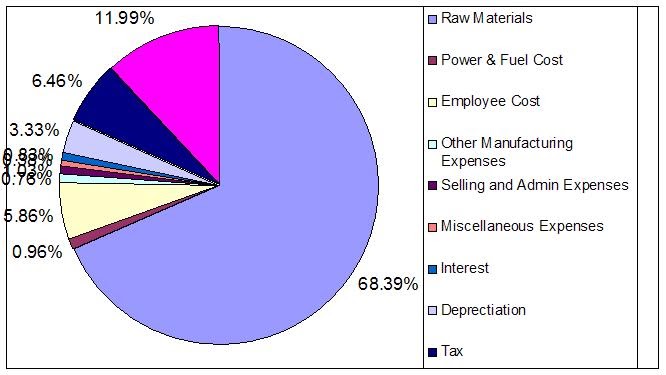 Company Profile   Swaraj Engines Limited (SEL) is a Mohali based company originally established to manufacture engines for the erstwhi...

Followed by an update on the Latest results :

I recently received the Annual report of Swaraj Engines for the year 2009-10. For a small cap company like SEL and in general for most Small...

This pretty much sums up my views on Swaraj Engines

How are the valuations right now, in your opinion?

What is interesting here is that the company had approved expansion of capacity to 60,000 engines pa back in oct 10. Now in march 11 results press release it has stated that the capacity will be further expanded to 75000 engines per annum to support demand from its key client Mahindra & Mahindra – Swaraj division. All the capex is to be met through internal accruals.

This is likely to propel the company into a higher growth orbit and I expect the Return Ratios to improve further because the cash sitting on the balance sheet was not generating adequate returns whereas once it is deployed in expansion it will generate much higher returns.

Risk remains of dependency on only one client and sector that is M&M and tractor segment respectively. But looking at the buoyancy in the demand for tractors it seems likely that the company is likely to achieve high capacity utilisation even with enhanced capacity.

At around 450-460 the stock seems to be an interesting proxy play in the agri space.

i read the latest AR & my faith in the story only got reinforced. The stock was actually cheap a few weeks back around 430 levels, i wonder why this didn’t race away to about 500. A strong Balance sheet & great cash flows, only thing lacking was the growth, which got a catalyst when M&M bought it out. I agree the main risk is the cyclical nature of the agri industry. I don’t exactly see the dependence on M&M as a risk as they control about 45%+ of the tractor market. SEL is one of the cheapest Tractor Engine Makers & hence its in M&M’s interest to get engines from them & expand if demand continues to thrive.

They sold 13584 tractors and running at 120% capacity utilisation.

If they continue at this rate they will have a EPS of around 40-44 and current price is 470.

As Hitesh mentioned they are expanding to capacity of 75000 tractors without any additional debt.

I’ve done an analysis of Swaraj Engines on my blog. 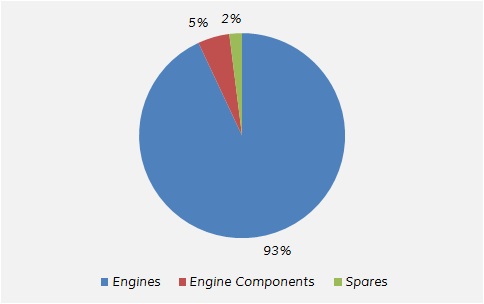 Read stock research for Swaraj Engines Ltd. which is a play on growth of tractor sales in the under-penetrated agriculture sector in India

I feel that it might give a buying opportunity at 20% levels lower than recent price of close to Rs. 400/- I would be comfortable with a lower price, especially given that they will have some headwinds with lower tractor sales expectations at M&M.

Swaraj Engines stock price hasn’t appreciated at all in the last 2 years - it has remained range bound despite expanding capacity, production and sales. Investors haven’t paid much interest to the company. One reason I can think is that Swaraj Engines has limited upside. It supplies engines only to Swaraj Tractors and as such its growth would be linked to Swaraj Tractor growth, which itself may not be more than 10% over a long term (say 5 or 10 years).

I am surprised why Swaraj Engines is a forgotten stock on Valuepickr. I hold it since Mar2013.

Nothing much to discuss here. The stock is a steady compounder at about 20%. With its excellent cash flows, it will continue to reward its shareholders with handsome dividends. If you want decent returns with very low risk, Swaraj Engines fits the bill perfectly.

I agree with Ajit. Plus it has got great investors like Vikram Shah and Reeta Parikh who have been invested with the company since last i guess 10 years or more. I checked the shareholding pattern. No change absolutely in it.

Who is Vikram Shah and Reeta Parikh and why are they great investors?

Well, both are pretty famous investors from Ahmedabad. I have been tracking this company since 15 years. And i always see their names in the top shareholders list. More or less without change in their holding except for the last quarter.

Vikram Shah’s other famous investment was / is Hawkins Cookers. He got in at 100-120 levels and i believe is still invested in it. Atleast thats what i hear in Ahmedabad from my sources.

Disclosure: I am invested in both.

@Venkatesh Thanks for your lucid analysis of swaraj engines. The story is intact and market seems to have forgotten this! Is there something that we are missing?

M&M tractor monthly volumes are declining every month because last year’s base is too high. Please note M&M sells far more tractors than tractor engines than what Swaraj makes. So this does not mean Swaraj volumes are falling.

Swaraj running at 100 percent capacity utilization. So volumes can grow only from Apr to Jun 2015 when capacity increase to 10500 happens from 75000. Since there is no growth for last two quarters and no growth expected in 3q and 4q short term investors seem to be selling. Bull market investors need instant gratification and patience is not considered a virtue in bull markets. Stock unlikely to perform till growth comes back

Thanks Venkatesh…I have started nibbling…

The recent number are showing kind of revival in Swaraj Engine. With monsoom being on track, probably right time to look at this counter again?

Discl: Holding shares and views may be biased.

I was so relieved that Swaraj showed great revival on QoQ basis. The sector is still subdued but todays numbers were far better than expected!

Lets hope the companys revenues and eps has bottomed out and it only rises from here. They have already done capex and increased capacity to 105,000 engines which is a great thing in case the demand scenario rebounds!

This is an excellent company with really classy product, balance sheet, dividend policy, leadership prospects and operates in a good space!

Yes, results are much better than expected. Hope the worst is over for the industry. In case of any pick in demand, new capacity should give boost to the numbers. Overall, its a slow and steady compounder with excellent balance sheet and good dividend policy.

Disc: its part of my portfolio and my views may be biased.

Yes buddy. You have hit the correct term for Swaraj - ‘Compounder’.

As soon as the good days return for the Agri sector (my gut says they are already starting), Swaraj will do very well as its perfectly positioned!