ORL is amongst one of the top refractory manufactures in India.

This investment is more based on market rumours that RHI AG, an Austria listed company is planning to acquire Orient Refractories. Please read this http://www.katalystwealth.com/special-situation-opportunity-for-may12 and this http://investingvalues.blogspot.in/2012/12/orient-refractories-heat-is-on_12.html?showComment=1355390934654. I am satisfied that there is more than 50% probability of this deal going through based on analysis put by Katalyst wealth and Ninad Kumar. The most convincing argument to me is that acquisition in India is part of their three pillar strategy for expansion into emerging market. Currently it derives only 12% of its revenue from Asia pacific. Orient Refractories can add another 2% to its emerging market kitty.

* RHI itself is trading at a EV/EBITA multiple of 8x (TTM). Orient margin and return ratios are much better than peers.

* IFGL can be taken as exception, as the company indulge in too many global acquisitions, many of which failed to generate any meaningful return.

I expect the deal to happen at aleast 11-12x EBITA multiple, implying upside of upto 50%.

Going through historical ratios of Vesuvius India and Tata Refractories, it appears that Orient Refractories (standalone only for refractories) EBITA margin and ROCE is much higher than its other players. Of course sales growth was muted, as it was very slow in capacity expansion. But because of that in FY2011, its capacity utilisation was more than 98%. This is also reflected in EBITA margin of Vesuvius India which is sharply lower than EBITDA margin of Orient refractories. I am attaching the excel sheet containing historical ratios of Orient and its peers.

* In case the deal does not happen I expect the price may decline back to INR 25, a downside of around 40%. But I think now that the company is in play, if not RHI some other company should acquire it sooner or later.

This is my first investment and analysis of any special situation.

Disc: Taken nominal position of 2%. Will increase if price falls back to around 35 or more clarity on acquisition.

Are you still tracking this one ? How do you rate the story going forward ? Do you think RHI can scale up the business ?

I was analyzing this company and have gathered below numbers:

I want to figure out size of opportunity. Can someone give some pointers on how to go about it?

the promoters of this company are RHI AG a MNC based out in Austria. It specializes in producing heat resistant refractory products for cement , steel ,glass and metal industries. It has 7,900 employees, 250 sales offices and 10,000 customers from the above industries across the world. It produces 1.5 mn tons of refractory products each year. It acquired a 70 percent stake in Orient in 2013 for Rs. 398 cr to strengthen its position in the Emerging Markets.

Per capita consumption in India is very less compared to the other countries like US, Europe ,China. RHI AG plans to increase share of steel segment revenues from 57 percent to 64 percent uptill the year 2020. It also wants to improve its flow control revenues from 320 million euro to 400 million euro. Bulk of this incremental growth is expected to come from Orient. Orient at present has 62 million euro sales from this segment. Hence RHI aims to double Orients Revenue by 2020 to meet its targets.
Orient has 20 percent CAGR growth over the last 5 years, which is expected to continue. RHI sales network is a great thing for the company. It has 50 percent of its export sales from this network. RHI is also starting to source ISO Products from Orient which will be a huge export booster to the company.
ROCE ratios of Orient are pretty high compared to its peers. Orients is - 27 percent , while IFGL is at 10 percent and Vesuvius at 15 percent. This is due to lower cost of land ( of which 48 percent is underutilized) , and use of local technology. Orient plans to increase its capex by 50 percent in the next 3 years, but still we can expect ROCE ratios to remain high on the back of change revenue mix ( more exports).
Orient also has the highest gross margins among peers due to lower RM cost as 80 percent is sourced locally and rest 20 percent imported from China.
the company is generating healthy cash flow and margins over the years in a cyclical business, this signifies a moat in the business. it looks a good bet to ride in the reviving infrastructure and steel business .

Good analysis. I am watching this company, but not invested so far. The
doubt in my mind being - what if the steel as a commodity goes back down in
prices and demand. In my mind the best time to invest in this company was
when the commodities were in recession 12 - 18 months ago. I am doubtful
now whether there is upside or downside for the steel cycle. And today’s
news that China believes that even achieving a 6.5% GDP growth itself is
tough further increases the doubt. On the other hand, Trump’s declared
infra push is a positive ( though he had only spoken till now with no
action ) What is your view on the steel cycle.

What is the source of this information?

hi rvetri,
i think the good part of the company is how its margins have remained insulated from the steel cycle. also the infrastructure and steel industry is in the recovery mode i think. If the commodities were in recession 12 months ago , it means they havent hit the peak yet , infact there is a long time for them to rise and then hit the peak. Hence i find this story interesting to be a part of the recovery cycle.

Thanks Shikar…Orient went sideways and not down at the peak of the steel
recession 2-3 yrs back. That shows its resilience.

With China cutting down unprofitable Steel Production, Refractory demand is going to rise. We need to be patient. Refractory has major consumption in Coke Ovens, rather places where heat is extremely high and one needs to change the refractory lining periodically too. 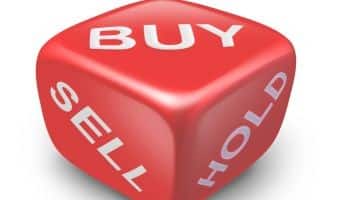 Centrum is bullish on Orient Refractories has recommended buy rating on the stock with a target price of Rs 170 in its research report dated January 31, 2017.

Isn’t below are the good things happening at this counter:

Is this a good compounder for the next few years?

Agreed with all the fundamental positives…But the only issue is
price…If it corrects 10% or more for any reason, it will be a screaming
buy…

Actually looking at the numbers tells a different story. There is a fall in important ratios but are still at a healthy rate currently. How should we take on that? ROA at around 20% for a manufacturing firm is extremely good, isn’t it?

I want to learn how to use Screener custom data management feature and tried with Orient refractories.That was an excellent feature. Thanks to @ayushmit & others whoever involved in developing the great tool. Thanks to @Donald for his work Ajanta excel sheet which I used as a reference (I have got this from Art of Valuation thread).

Here is the data From the data it looks like important Ratios are declining y-o-y.

Now, I have the custom sheet available I will go ahead and try to compare with competitors to see how are they performing as a next step ( I think Vesuvius & IFGL are competitors).

Note: I still have doubts on how to calculate ROIC and difference b/w Capital employed and Invested Capital. The formula might be wrong. Data shown in Ajanta vs how Screener shows data now is changed a little bit. Still trying to get more understanding details. Please excuse if there are mistakes. You are welcome to correct them.

Disclosure: Invested(4% of very small pf) and not interested in buying until all the learning is complete.