About The Company:
NCL Industries (NCL - Nagarjuna Cements Ltd) started in 1984 is a predominantly-cement company with its Cement plants in AP & Telangana. They have other business segments, but the revenue contribution from other segments is not meaningful.
It has five business segments -

Capacity:
They have a total of 2 million ton capacity. Capacity utilization for Q12016 was about 62%. This # looks optically low because NCL had shut down its plants during the first quarter to take up repairs and maintenance. (Per the company MD, they weren’t able to take this up during the last 2 years as they were facing difficult times financially). The company is looking at 75% capacity utilization for the full FY2016.

Here is a snapshot at their numbers for the last 5 quarters: (Sourced from Screener.in) Here is a snapshot at their numbers for the last 5 years: (Sourced from Screener.in)

AP Cement Industry in FY14 & FY15:
Andhra Pradesh’ total cement capacity currently stands at 15 MT. Cement industry in the erstwhile AP underwent demand compression as political unrest, and societal disturbances due to bifurcation of the state, took a toll on the construction activity. As a result, Cement companies in this region, had sub-par capacity utilization for FY 15, & FY 14. As a result of this, there was a significant negative impact on cement demand, and hence cement companies from this state - Sagar Cements, Deccan Cements, KCP & NCL had a tough time in these two financial years. During these two years, the B/S of these companies worsened, and there was no incremental capacity addition in these two years.

NCL in FY14 & FY15:
NCL has a ~ 13.33 market share by capacity in AP. Due to the reasons discussed above, NCL reported poor set of numbers(refer to the above table) and in fact it was unable to service the interest obligations, and the company went into CDR - Corporate Debt Restructuring. It restructured its entire outstanding debt on July 2013(except 7.23 crores), to be repayable in 28 quarterly instalments starting from March 2014.

Current state of the AP Cement Industry in FY2016:
Now with bifurcation of the state over, construction activity has started picking up and as a result of which, Cement demand & prices have started improving. Please refer to the MOSL report which shows the price trends of cement prices in South. All the cement companies in this region have started reporting better numbers. -> The current cement price stability/improvement is attributable to absence of capacity addition in above 2 years & also due to inability of these companies to add capacity as their balance sheets were battered. (classic case of demand vs supply equation)

NCL in Recent Quarters:
NCL has turned around last september, and the full impact of the demand and improved prices are visible in the performance of NCL in the last 2 quarters. In the current quarter, their topline grew 65% and the company reported an operating profit of 39.14 crores. NCL also took up repair works in the last quarter which impacted their capacity utilization. Promoters recently infused capital by having a preferential issue of 17,95,455 shares, as per the terms of CDR. Recently ICRA upgraded their credit rating for both long term and short term instruments

If the cement prices were to remain stable at the current levels in AP, and if NCL has a 75% capacity utilization as guided by the management, we are looking at ~ 4PE (at CMP) at the end of FY16.

The above #s were the key reason why this stock interested me. At a P/E(TTM) of ~7 and EV/Tonne of about ~$40, there is a reasonable Margin of Safety. But, what could make a mockery of this MoS? Here are some risks:

@NikhilJain, I liked this pick after you had commented in one of the other threads that you were taking positions in this. This is a quick attempt at explaining the stock story - Please cover any opportunities/risks that I may have missed out.

Thanks,
Ravi S
Disclosure - Invested, My views may be biased. Please do your due-diligence.

Thanks for doing the dirty work @ravimba31.
I wanted to start a thread on NCL but I’ve been too lazy to follow.

Anyhow, I’ll add some info as I’ve understood so far.

Disclosure :- This is held in my portfolio as an opportunistic bet. My views may be biased. Please do your own due diligence before buying or selling this stock.

Since you had mentioned that your father is in cement retail business, what are the current price trends? Are the prices stable/have they corrected? (in case you are from south)

I agree that this is an opportunistic bet as NCL looks mis-priced at current P/E and not a long term growth story.

Sorry Ravi, can’t help there since I’m from Maharashtra.

But it shall be easy to find out the prices. All one needs to do is visit a retail shop pretending to be a customer.

There are rumors(?) that AP/south cement companies won’t opt for capex in near future, by mutual understanding. Need to verify this. If this is true, we have a pretty high MoS.

As a outsider to Cement Industry trying to comprehend what this means. Are you suggesting the industry works as a cartel? How does it matter for NCL who I understand from reading this thread sell through retail network and therefore there are no large/institutional buyers which is where cartels thrive?

NCL does look interesting. Not Invested.

Please note, this may prove out to be a rumor but it seems more sensible path for cement companies in current economic conditions.

@madhug : adding some more to what Nikhil has explained. Low capacity addition was also due to the fact that B/S of most of these companies were affected in 2014 & 2015 and they were not able to add capacity meaningfully. Please check this exhibit below (Source: MOSL sector report) http://www.outlookbusiness.com/perspective/the-paradox-of-cement-in-the-south-1909.
this article shows that south india cement companies are working as a cartle. they may not be able to increase the price when the tide turns

@ravimba31 I have looked at a small AP cement player Anjani Portland cement. Liked the numbers growing consistently since past 3 years. Last few quarter have been really good. Some what similar valuations like NCL. Have a look & would be glad to know your comments.

We don’t do targets here on ValuePickr since VP is not about babagiri. We look for value in stocks while buying. We share known facts, our views regarding a business / stock and then try to take an informed decision.

Cool Nikhil, Good luck to you for the investment.
Regards,
Aseem

Where I can find information about specific advantages for NCL over other cement player in state ?

Demand - NCL’s customers are predominantly retail customers and demand is tepid and some of my friends point out that construction activity has not picked up yet in full swing. However, recently AP + Telangana government has started floating tenders for about 3MT cement.

These are the 2 big risk variables and if any one of these play out adversely, the above RoCE calculations would go for a toss. So if one is interested in NCL, he has to have a close eye on these two variables. Having said that, at current prices I feel there is reasonable MoS.

As Nikhil has pointed out in the earlier posts, promoters have started releasing these pledged shares.

@manish26: I will check Anjani and get back to you. But before I entered into NCL, i checked out the valuations of other AP based cement companies like Sagar Cements, Deccan Cements & KCP. I found that NCL was relatively attractive.

@getsach - NCL is a small player and hence this will not be available in Analyst’s radar. So you will have to go through their annual report.

Thanks,
Ravi S
Disc - Invested. My views may be biased. Please do your due diligence.

Had checked cement prices for different manufacturers on online portals like apnastock.com. The cement price in South India is still in an uptrend. Looks like realisations per tonne would be getting better this quarter.

@manish26 - I had a quick look at Anjani Portland Cements. Anjani a subsidiary of Chettinad cements has a 1.2 MT capacity. They are also a south based company. This must also benefit from the increased demand and stable prices from this region. However, their leverage is much higher vis-a-vis NCL. Their total debt stands at 190 crores. Also their EV/Tonne is slightly higher at ~56$ vs NCL’s 35$.

Both these companies will be subjected to the same risks(Price & Demand) as I have mentioned in my previous posts.

This is based on a quick look at Anjani. Please let me know if I have missed out something.

So it seems that the “mutual understanding” is still intact. Whether they can maintain this for a year or two remains to be seen.

Thanks…yes i did look at NCL, Your hypothesis is right. I am optimistic on cement space in general. I was looking at cement companies from that region due to lot of infra work will come due to split in Andhra Pradesh. 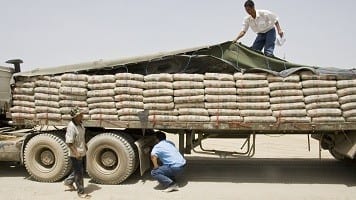 In an interview with CNBC-TV18, MD K Ravi discussed the company's state of business and the outlook going forward.