Brief description of both verticals:

As a Captive Power Producer, KPI develops, transfers operates and maintains grid-connected solar power projects for CPP customers and generates revenue by selling these projects to CPP customers for their captive use requirements. The CPP Business is also carried out at plans located in Sudi, Bhimpura, Kurchan, Muler, Ochchan, Jhanor, Bhensali, Vagra and Vedcha villages of Bharuch district, Gujarat. KPI develops solar power projects on behalf of CPP customers by entering into a turnkey agreement enabling CPP customers to not only use a common pool of grid-connected land to establish and generate solar power, but also provide ready-made common infrastructures to evacuate power, using our transmission line from solar plants to the nearest GETCO Substation.

Margins in this segment range from 40-45%

Margins in this segment are generally 70%+ 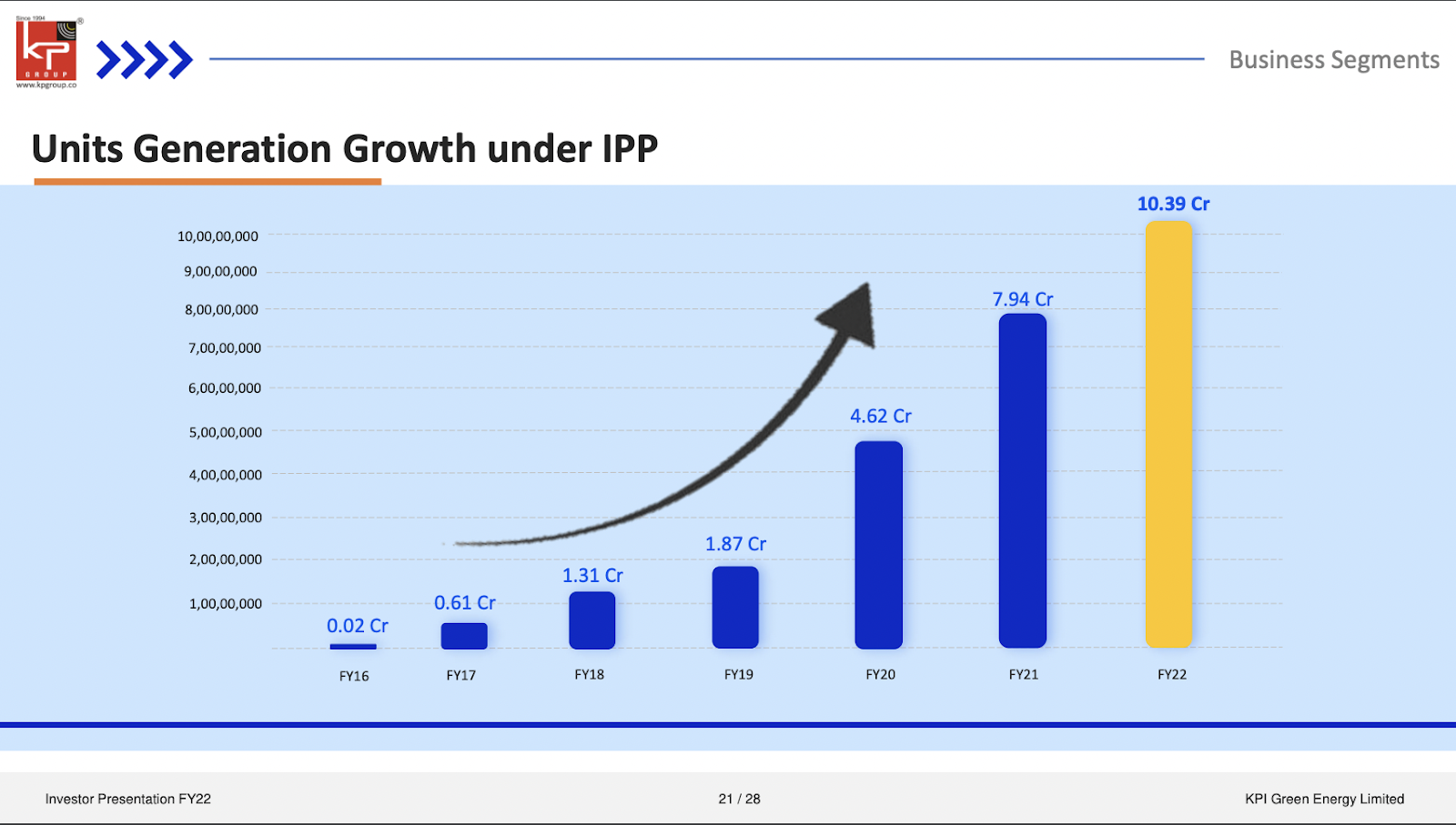 The margin figures for specific segments have been taken from this TV interview as the company consolidates both segments in its reporting.

When I first bought, the company traded at roughly 4x trailing EBITDA albeit with a smaller execution record. It currently trades at 10x FY22 EBITDA (and a ~15x EV/EBITDA). However, management guidance is for 1000 cr revenue by FY2025- which at FY2022 Margins means 400 crores in EBITDA, valuing the company currently at <3x FY2025 EBITDA.

While I don’t normally take management guidance at face value- I have reason to be confident here due to their past track record. The present valuation even after a significant run-up allows enough margin of safety.

My gratitude to @chins for encouraging me to write here and for recommending the thread title.

• Promoter has set an ambitious target and i have no reason to doubt his intentions but one needs to realise that industries in gujarat already meet a large part of their energy needs through captive produce(mostly coal). Even though going fwd incremental demand for CPP will be met by solar, a lot depends on industrial growth in Gujarat. There’s been a lot of capex across chemicals and recently textiles that has contributed to growth of solar based CPP in that state.
• Also one needs be aware of any policy changes. currently there are a few surcharges that are exempted and surplus energy is procured by discom at favourable rates. May not stay that way forever
• Have written to the IR twice with book keeping questions. No reply. One was on RPT (not a red flag but thought i should mention it)
• About the dividend- Most promoters are aware that investors look at good numbers from unknown small firms with a lot of scepticism. They also know that people place a lot more trust in dividend paying companies. Hiring an external IR team only exacerbates this problem.
Nice title by the way. Witty:)

I have been tracking this company since last 6 month’s. Some questions from my side although company has shown huge topline and bottom line growth. Most of their projects are funded by Debt and internal accruals are not such enough to cover entire cost of projects.
Secondly, You have mentioned that promoter is purchasing from Open market and he even mentioned in his interview regarding the same but my sense is that he is purchasing because in order to fund it’s project he needs more fund which may be come from long term loan(Bank will provide in exchange of Pledging the shares). More debt will create a high interest cost even in FY22 they have 37 crores of interest cost too high.
Thirdly, KPI is EPC contractor company and EPC companies always records their revenue after a product delivery or in proportion of ratio may be KPI are too aggressively recording revenue even before products delivered not sure but need to see FY22 annual report.

Few data points I have captured from last few years ARs and below are the observations.

Observations
a. They are buying land bank to increase their capacity
b. Till FY21 CPP and IPP was growing at the same percentage but in FY22 they have got more orders for Captive plants which resulted in good revenue growth
c. There is something odd in the number of units generated for FY21 number it is not proportional to the numbers stated for other years. Was more sunny days during FY21 a reason behind the same
d. The company is funding the growth on debt but I think if they continue to generate cash at this pace they may have an option to pare the debt
e. PLF percentage is only given for FY19
f. Audit fees are increasing every year

From the latest presentation we can see that Management is focusing more on Captive Power projects.

It will be good if we can get some insights from people living in Surat or Bharuch on the Solarism project. 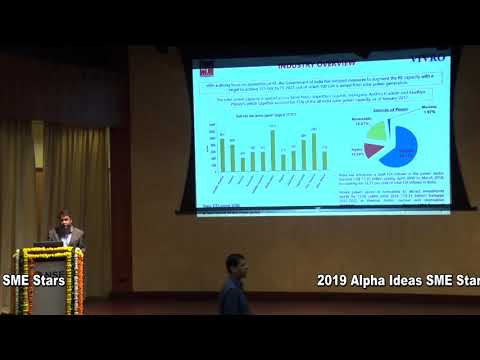 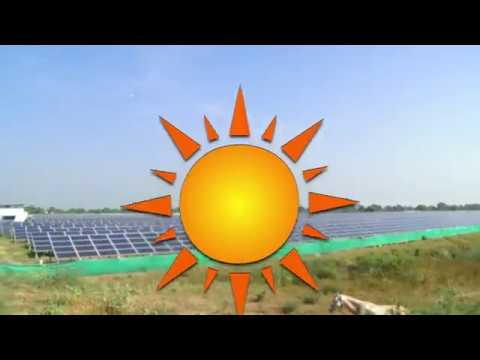 As per the latest rating report the current order book in CPP segment as of May 22 has increased to 350Cr and these orders to be executed in next 6-9 months which will come in this financial year. This will double the revenue in the FY23.

Also, the company will be in a good shape to reduce the debt with the current cash accruals which will help in increasing bottomline.