Investment journey of a late starter

Ok. Understood your point of view

After the Q2 results made some changes …

Sir, may you kindly share your thoughts on Sarla Performance Fibre and what is future ahead.

@rajiv_ag16 Its not a deeply researched stock or one where I expect multibagger returns quickly . I bought it because …

All the above is gleaned from the latest AR.The AR is impressive and has a lot of reading material .

Sir, tons of thanks for such detailed reply. I will keep a watch on this scrip.

Real Estate- you need only one house. If you invest in another house for investment, it gives only 2% annual return by way of rent. Do people invest in houses for selling? Not many/

Gold- gold is like my flat. Even if it becomes two crores, it will still have only 3 rooms. In our culture, selling gold is considered only in dire straits. Then what is its value worth?

FD- you invest in FD of a bank, and the bank gives it as a loan to a businessman, who invests in equity/capital. You get 7.5% on it. The company gets 30%. So, why not invest in equity directly.

Of course, while investing in equity, you should have otherwise readily accessible money as you may need cash when the market gets one of its vertigo attacks an falls.

Tough I am 65, to me equity is the only investment. And investment, not gambling.

I am prehistoric. Then why I am here as a late starter? Well…
I started my investment journey by investing in IPOs. Those days, the shares in IPOs were priced uniformaly at ₹10. So, you either did not get allotment, or if you got, you sold at three, four times and that was it.

The shares were a piece of paper. To get them transferred in your name, you had to fill up a form and send it to the company’s registrar, who often did not return it.
Then, salaries being what they were, you hardly ever had money to invest. When you bought, you bought a share which could be bought at the most for ₹25!
I had rather humiliating experience when I visited the office of a famous broker/sub-broker to place an order or take the delivery. The guy, a small salaried guy, but perhaps dealing with bigger investors, would not even look at me when I stood there.
I had no money (story of an honest govt servant, who was, may be not very wise with money) so could not hold stocks. I remember buying iCICI Bank when its face value was ₹10, for ₹42 each. Sold them for ₹45 each. Imagine if I had kept those 1000 shares.
I have started investing regularly in small sums in 2015, and regularly after my retirement in 2017.
Initially my investments were restricted to famous names-you know HDFC, L&T, Colgate etc, most of them based on recommendations of ICICI Direct.
But never wanted to trade, never trusted the forecasters. So, my intentions are to be a long term, in the Buffett mould , but I often end up selling after losing confidence in my own research.

Sir, what a candid approach. We, the people like you can understand easily, how approaching this path is difficult with limited resources. But, the satisfaction it draws to us is boundless. Hence, enjoying this journey. I feel very proud of this community who handhold novice like me.

Sir ,
MOL is Meghmani Organics … since I had mentioned it earlier in this thread already ,I chose to use the symbòl(searching MOL in zerodha or groww etc. should show the fullname).
You are about the same age as my uncle and I know what it was like in 1990s . I recall that I hated the fact that we subscribed to Economic times which had only half a page of sports news and 4 or 8 pages of stock prices

.Considering lot size was 100 those days ,it was not easy to buy any share worth more than 25 or 30 just as you said . I would not even start buying stocks if demat acc was not available .
Even last year ,I and my uncle burned a whole bundle of share certificates of companies gone bust . Only one stock out of 40 odd that he bought those days has turned proper multibagger since he bought 100 shares of Gujarat Ambuja exports of facevalue 10 at 10 rupee each in 1995 and now last year it went up to 380 (facevalue 1 rupee)…so it was a 380 bagger if it had been booked .

Real Estate- you need only one house. If you invest in another house for investment, it gives only 2% annual return by way of rent. Do people invest in houses for selling? Not many/ Gold- gold is like my flat. Even if it becomes two crores, it will still have only 3 rooms. In our culture, selling gold is considered only in dire straits. Then what is its value worth? FD- you invest in FD of a bank, and the bank gives it as a loan to a businessman, who invests in equity/capital. You get 7.5% on …

I would not even start buying stocks if demat acc was not available .
Even last year ,I and my uncle burned a whole bundle of share certificates of companies gone bust .

Really identify with it. Thanks for your comments.

Some fun … great voice too… 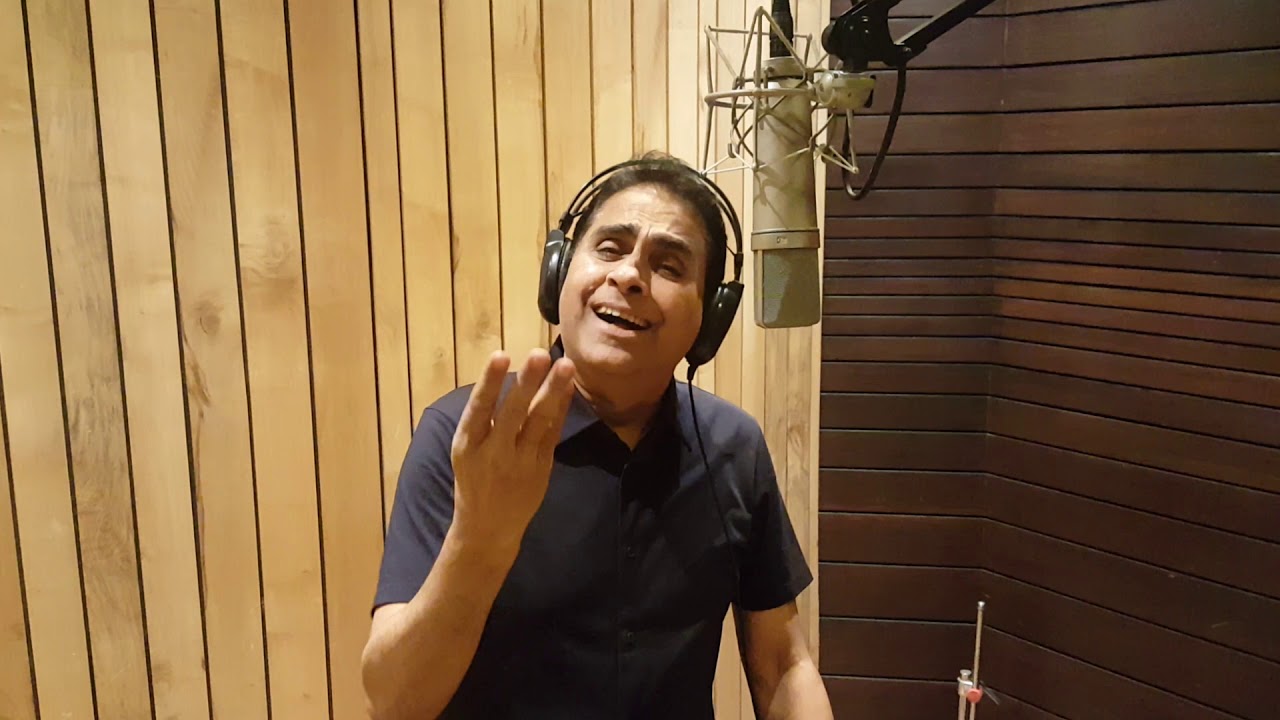 Portfolio Update:
Sold off Laurus after holding it for about 2.5 years and booking less than FD returns .Even though I still think its a good business ,I am not sure how long the pain period will last and I have had enough . Quite a number of shares has doubled or gone up 60% and gone below cost price (IEX,Globus,IDA) in past 18 months and I am unable to stomach another .
I need to learn to identify peak margin conditions and pare positions accordingly . If I had known what I now know about the businesses of Globus ,Intellect or IEX ,a year ago ,it would have been great. In case of Laurus, I find that while the long term CDMO future remains on track, I still lack knowledge about its ARV business dynamics.
Increased allocation in AllCargo ,Aegis and Mirza international .
Also got out of Polyplex out of panic . Sold at bottom too . General consensus says that oversupply situation looms ahead and I decided to hold on to some profit rather than seeing it go red.
Thats two good stocks which I thought good enough for longterm holding but still failed to hold on . Technical guys suggest that Laurus may go down below 300 … if it does ,I will get onboard again.

Yet to find a replacement for Laurus and looking at BLS and Panama Petro presently .

In the logistics field, Tiger Logistics has good financials.

Yet to find a replacement for Laurus

I have reinvested in Supriya Life Sciences recently.

Dear sir,
Even i have invested in supriys life sciences, all numbers were good… but now price has come down… still have convinction to hold… whats ur opinion sir ?

I have accidentally invested some money in the past, more of luck and circumstances than any meaningful understanding of businesses and market.

So if i discount those paltry investments, i am a late starter as well because its only now that i am trying to make sense of this all, time permitting.

Few observations about selling which obviously is very important. I hardly ever sold anything in the past so i can somewhat see which direction all those investments went in all these years.

All in all i am happier sitting on good investments because i have benefited from it in a span of 14 years. I saw my investments rise, fall, rise again and fall again but the threshold or base has always been going up. After few hundred percentage, it hardly matters if a stock falls as it never crashes to the levels you bought it at, not from a mile. (And not in the last 14 years from the universe that i owned, say, decent stocks).

The other day i was reading about someone’s investments here, he owned Rajratan for years and got out after multiplying his money 9x. I noted that after his exit at around 450 INR or so, the stock reached 1500 and now has fallen to 900 levels.

Second example is TaMo which i bought at throw away prices in 2009 and saw it rising to 3 figures and sold it. Today i know that it was a mistake even if i made some money.

From 2020-21 when many of us got interested in equities in a meaningful way every single stock that i sold turned out to be a mistake. Including some of the consensus-trash. I bought Bhel at 28 and sold at 55 and look where it is now

And i thought if there was one stock which i could sell, it was supposed be Bhel !

Earlier i looked at my investments after a gap of few years in 2014 and then straight in 2020, this ‘sitting pretty’ being the sole reason why i made profits…lot to be said about doing nothing. No wonder there is a Coffee Can available for this sort of thing !

Finally, and most important point for me is that things are changing in India and globally, Tech, EV, Climate etc. Therefore i feel many of our old leaders will transform into all new and fresh entities. Companies that were just sitting there for years suddenly have a new purpose. Old names at large M Cap have all of a sudden become all new businesses. So much capex for a near U-turn for so many businesses taking place currently.

It is in this context that i feel sitting pretty on my stocks for a long time will be much more meaningful now than it was earlier. Some of the businesses under such transformation, even if they are bigger companies, may behave exactly like quintessential small cap wealth creation.

Happy holidays to everyone.

PS: This post may not be true for everyone and may have selection-bias

After covid decline, the pharma and speciality chemical sectors have lost the market fancy. So even the best good companies are available at 30 to 50% discount from their ATH (that doesn’t necessarily mean all of them are available cheap). If conviction is there, then it is time to increase allocation.

Disc: Invested in a basket of companies in these sectors. Tracking Supriya life sciences but no stake yet.