I am not qualified/experienced enough to try out Special Situations. Hence creating the thread under Company Q&A.

IGL is a monopoly catering to Delhi and NCR region. CNG is being supplied for transport and PNG for households. Industries get Regasified LNG.

1 year back, Petroleum and Natural Gas Regulatory Board ( PNGRB ) had ordered IGL to cut tariff by 63 % and retrospectively had also asked IGL to refund the difference to it customers from April 2008-April 2012.

Delhi high court ruled in favour of IGL. The aggrieved party ( PNGRB ) tapped the doors of Supreme Court by filing a Special Leave Petition against the delhi HC.

In the meantime government increased the prices of natural gas to 8.4$ which will be applicable from April 2014 for a period of 5 years. Hence even if IGL gets a favourable order from SC, it will be negated by hike in domestic gas prices.

Assuming positive order from SC, taking into account the rise of natural gas prices to 8.4$ from next year, will IGL be able to maintain its margins ?

)—>In the past IGL has passed on the hike to it customers. Recently i.e on June 24th it raised CNG prices by 2rs and PNG by 1 rupee for delhi and CNG price hike of 2.25 rs for other regions.

IGL will crash. Downside potential ? Will need seniors help to calculate the risk.

Leaving the special situation aside -

Will natural gas lose its shine compared to diesel from next year ?

May be, due to hike of natural gas prices.

Going forward diesel will be deregulated completely and subsidy will be targeted.At present the subsidy is at 8.10 rs. Hence difference between diesel and natural gas will not be huge.

IGL may lose its customers from transport sector if diesel will cost less than natural gas. ( But i read its mandatory for LCV’s to use CNG in delhi. Can anyone confirm)?.

But i doubt it will lose household connections.

And going forward, we can expect upside in topline due to the following factors

1.Kanpur and Bareilly in UP will contribute. IGL has invested 69cr in Central U.P Gas Limited.

2.License to start operations in Unnao and Jhansi.

3.Delhi government is hoping to add more buses to its fleet.

I got chance to compare both IGL and GujGas. Voila those are trading at same level, same market capitalization, and many other things are same.

However there are some differences but looking into current scenario, GujGas is better bet for new entrant. For existing IGL investor, its really taking patience.

it look better now …please put your views …i am preparing. 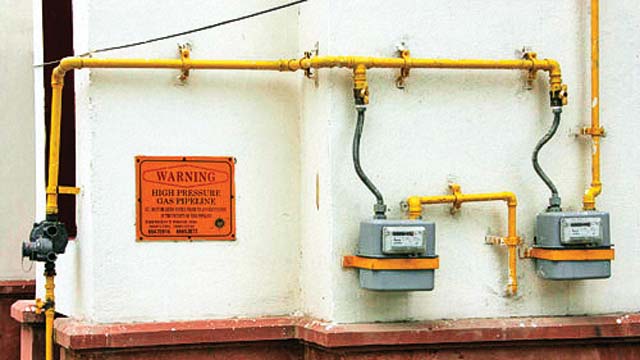 IGL may drop Rs 5,000 upfront deposit for piped gas - The gas distribution company is looking at waiving off Rs 5,000 deposit and charging a rent of Rs 25-50 per month; Haryana Gas also feels it's more workable solution to increase PNG user-base

This could be gamechanger for IGL. From my own experience, lots of rented accommodations don’t opt for IGL since it involves an upfront deposit and many landlords don’t refund it later. With no deposit, landlords will have nothing to lose and the occupants will opt for it out of sheer convenience.

Intracity pipelines are low pressure pipelines and are made from MDPE. No Indian company manufactures MDPE.

Igl uses jain irrigation pipes for cgd connection.
It is fitted in my area and my house

Below is a comparison of IGL share price over a 5 Yr period with the biggest names in the market (Reliance, Titan, HDFC Bank & Asian Paints) - 100 RS of investment in IGL is 450 RS in 5 Yr period. Not getting in the valuation and market sentiment debate, I can relate with what PL said long back - simple businesses that do dull things is where you make money! Happy investing!! Indraprastha Gas Limited-02-11-2019.pdf (399.7 KB) HPCL, a subsidiary of state-owned Oil and Natural Gas Corp (ONGC), won licences to retail CNG to automobiles and piped natural gas to households in nine cities in Uttar Pradesh and West Bengal.

IGL has won CNG distribution rights in 3 more cities on its own in the 10th round of bidding - in Haryana, Rajasthan and UP.

The bet on CGD companies is not risk free in my opinion. Was just reading through this article which says that there has been a proposal for free market pricing of APM gas.

Since we know IGL and other players are really dependent (70-75%% of gas sold by IGL comes from APM) on subsidised domestic gas to sell CNG and PNG cheaper (relative to petrol, diesel etc) to end customer, any such proposal is likely to hurt volume growth and margins as well.

But flip side to this proposal is even if market price is allowed to be charged for domestic gas, CGDs will start importing more gas (which is cheaper than domestic gas anyway). Glut of supply of natural gas in US means that the international gas price will not go up by much. So will there be incentive to use domestic gas at high prices? Maybe ONGC etc may answer this question better.

Let’s see how this pans out…

With all due respect, I work in gas marketing and international gas price is not cheaper than demestic gas. Prima facie it might seem to you that cost of natural gas in USA is much lower than domestic gas but imported gas is 3 and a half times more costly due to transportation, liquifaction, transmission and regasification charges. Also if imported gas had been cheaper we won’t have any NPA in the power sector where all the gas power plants have turned in to NPA because CAPEX was done based on projections of gas productions from KGD6 basin which did not materialise and also in 2013 government changed the priority order for gas allocation.

My comment was based on what’s written in the article. It says that if market price is allowed instead of APM pricing, gas prices would jump by 40-45% for CGDs and they’ll have to import more gas.

I’ve been looking for someone to guide me as to how the import/non-APM gas prices work. Here’s what I know :

Now I’ve a couple of questions to ask if you if you could please address:

Thanks for your inputs. 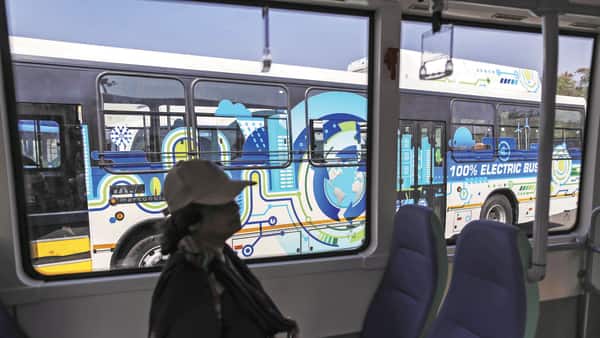 A thousand electric buses for Delhi poses a risk to Indraprastha Gas's CNG business, the hitherto champion of fighting pollution.While any near-term impact is seen unlikely, a successful rollout of electric buses can have a rub-off effect on private...

To answer your questions -

Firstly on Sourcing side -

Apart from PMT - Panna-Mukta Tapi and KG basin (KG basin gas price is $4.2 MMBTU currently as per 2014 notification as the matter is under arbitration) all the domestically produced gas is governed by government prices which are yearly volume weighted average of

*Weights are indicative, I’ve calculated their average yearly consumption for last three years to get the weights
Exploration companies e.g. GAIL are forced to charge this domestically produced gas as per given formula

Currently, Out of 73 operation wells, India has only 2 deepwater wells which are in KG basin and thus under arbitration.

Now to answer your first question -
Given the price competitiveness of natural gas over some of the fuels e.g. Diesel (in Diesel Gensets), fuel oils etc customers would continue its usage in future as well. As far as marketing companies are concerned they already have main piplines present they just have to spend marginally to acquire industrial consumers which will supply steady and good volume of gas offtake

Secondly, generally gas import price (landed price for India) has varied in the range of $8/MMBTU to $14/MMBTU

Thirdly, I think prices charged to industrial customers would be good measure to check realistic gas price (which are not govern prices).

But flip side to this proposal is even if market price is allowed to be charged for domestic gas, CGDs will start importing more gas (which is cheaper than domestic gas anyway). Glut of supply of natural gas in US means that the international gas price will not go up by much. So will there be incentive to use domestic gas at high prices? Maybe ONGC etc may answer this question better.

My take on the present situation (been an investor in IGL for more than 10 years and working in national oil Company) is as follows. CGD Companies are enjoying a very huge gross margins for too long and their profitability is very high due to pricing freedom of product and availability of APM gas at cheap price. This situation was about to change in 2012 when PNGRB ruled that it has the right for determining CNG/PNG cunsumer price but Delhi high court turned down PNGRB’s order and pricing freedom was restored. The balance between producers, mid-stream distributors and consumers has to be maintained. In the present situation this balance is tilted in favour of consumers ( due to govt"s environmental push) and distributors are enjoying their natural monopoly and pricing freedom. Producers are suffering and not generating enough surplus for reinvestments. This situation is not sustainable and Govt & PNGRB ( New PNGRB Head is Ex-ONGC CMD) are aware of this.
While i do not see any drastic price regulation move as that will scuttle CGD growth but there is some head room to increase CGD prices as there is a significant discount vis a vis alternatives such as diesel for CNG and LPG for PNG. This can be done without effecting demand in any meaningful manner.
APM prices to the producers may be increased so that a healthy reinvestment surplus is generated by producers.
High profitability and margins of CGD companies may not be sustained if gas cost is increased which looks likely. Anyway product prices for utility companies with natural monopoly are based on cost plus reasonable profits and not market based prices.

Overall growth outlook for CGD companies is good but profitability is difficult to sustain. Valuation implied a sustainable growth and profitability. I remain cautious.

Some recent comments from the PNGRB chief that should soothe investors in CGDs:

If cheap gas is not available, it will hurt implementation of projects. That goes without saying. But what are the chances of this fear fructifying?” PNGRB chairman DK Sarraf told ET in an interview.

For a driver, CNG turns out to be about 60% cheaper than petrol, and 40% cheaper than diesel, giving city gas distributors ample scope to accommodate future increases in natural gas price and yet stay profitable, Sarraf said.