After a long time, the Indian defense sector seems to be abuzz with developments. Indian companies are trying hard to get a foothold into this lucrative space.

I wanted to start this thread to keep track of all the sectoral changes.

Overview of the Indian Defense Sector

India and Saudi Arabia are the largest arms importers in the world. 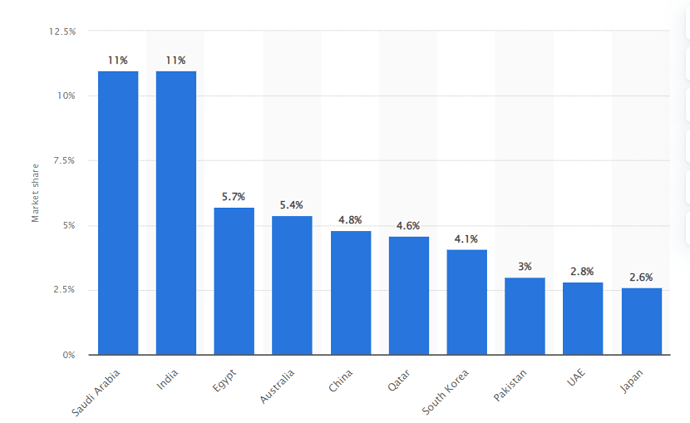 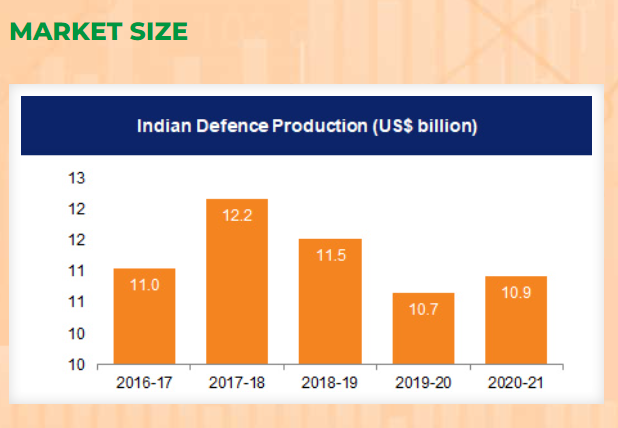 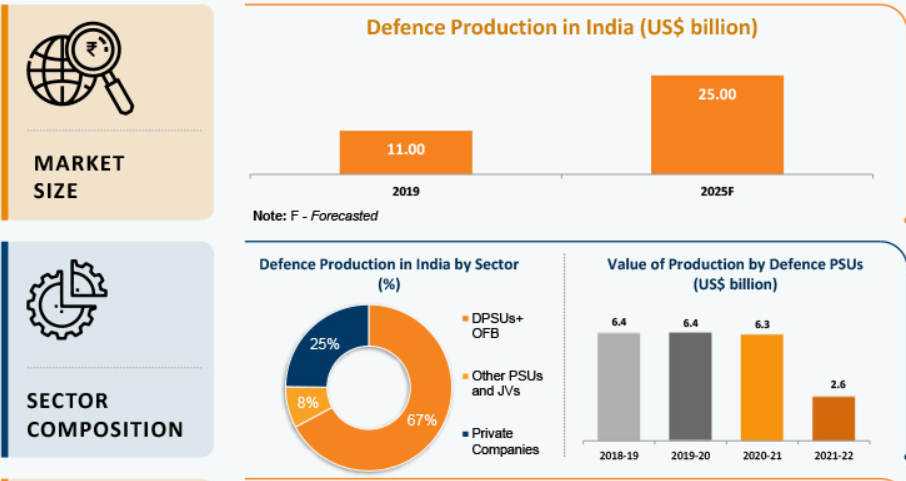 CHANGES IN THE DEFENCE SECTOR

Defense spends were on the rise even before the Russia-Ukraine war. The war has shown the need for self-reliance and preparedness in defense. 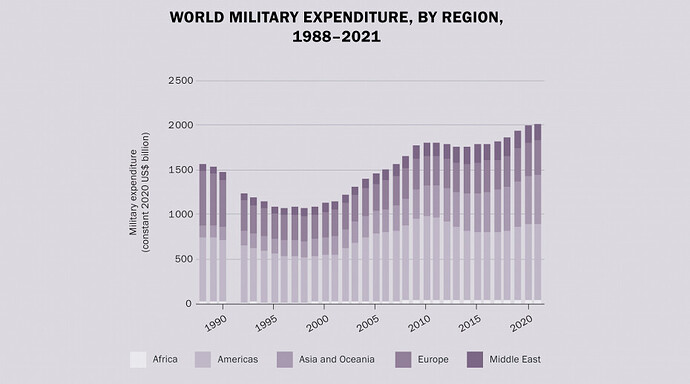 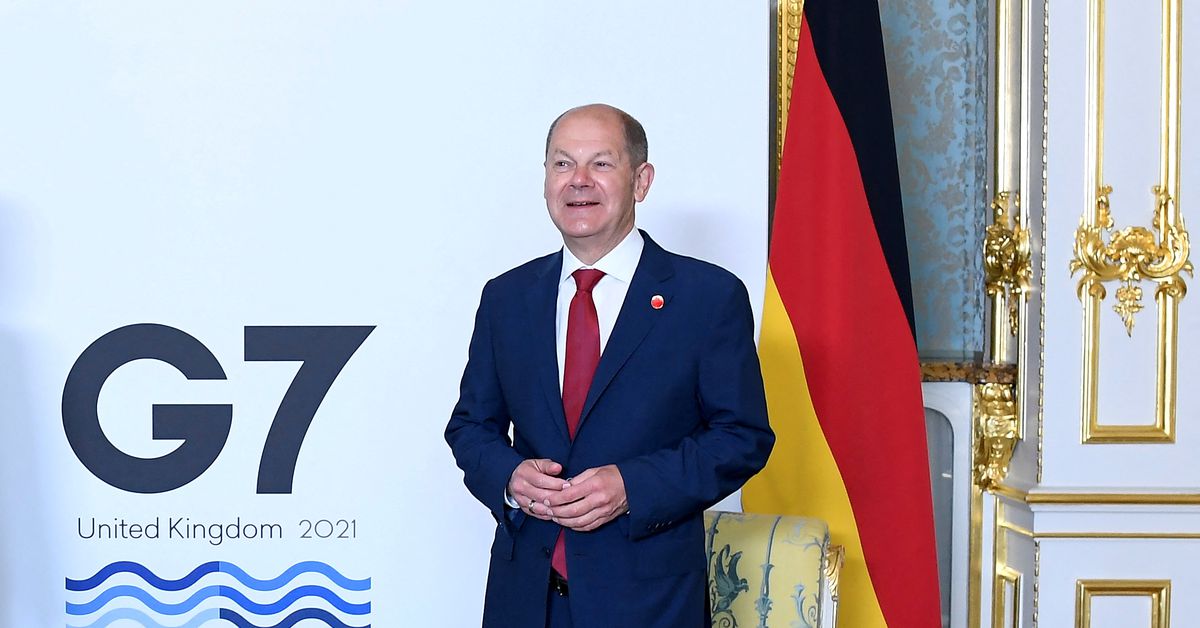 Chancellor Olaf Scholz said on Sunday Germany would sharply increase its spending on defence to more than 2% of its economic output in one of a series of policy shifts prompted by Russia's invasion of Ukraine.

(Stockholm, 25 April 2022) Total global military expenditure increased by 0.7 per cent in real terms in 2021, to reach $2113 billion. The five largest spenders in 2021 were the United States, China, India, the United Kingdom and Russia, together...

Companies in the sector 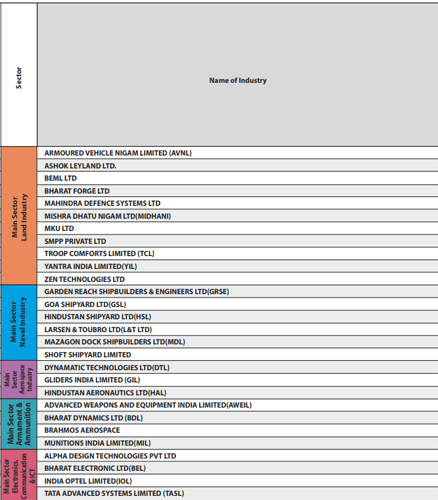 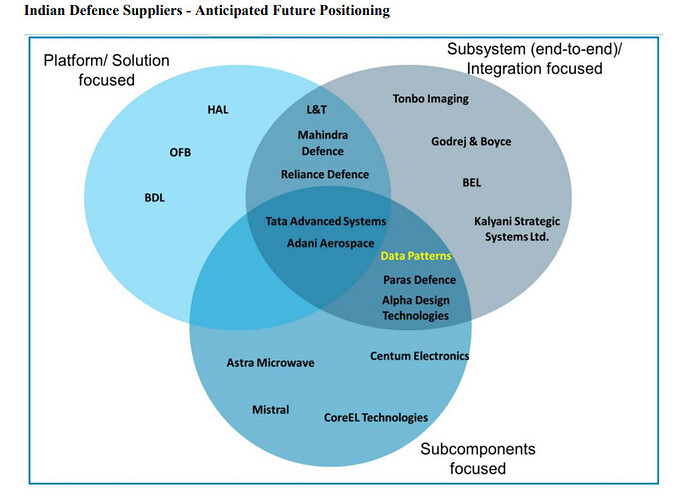 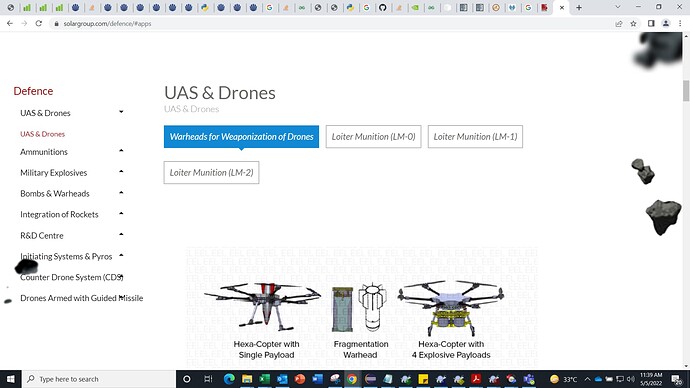 The technology that has so far been mastered by only a handful of space agencies of the US, Russia, China, Europe and Japan, has now been demonstrated

Tracking both Data Pattern and Solar not invested We Are Hopeful Of Not Only ATAGS To Be Inducted But Garuda And Light Weapon...

Kalyani Strategic Systems, the defence arm of Bharat Forge is aiming to be the leading Indian OEM of the world in Defence & Aerospace. KSSL is developing an entire range of field Artillery for Army: Bharat 52/ 45, Garuda 105 and ATAGS with DRDO....

A very good seasoned investor at a recent conference just gave the following names with a 1 line comment:

Defense: Next decade will be for such companies. Shortage of stocks in this space.
BEL
BDL
HAL
BEML
Midhani
Mazdock
GRSE

I personally own BEL, but will be looking closely at the rest of them.

The above page has such great valuable information esp. since the ‘lower cost research, development and production’ that India can provider to the favored national world can be amazing. This could be the start of a new ‘outsourcing world for India’.

Interesting slide from a ppt by Data Patterns. Puts the entire industry in perspective. 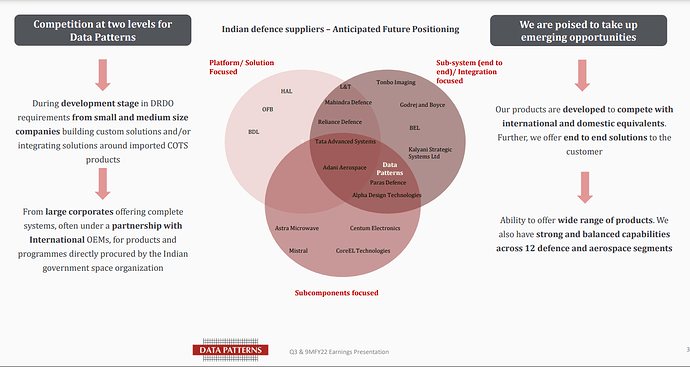 This could be the start of a new ‘outsourcing world for India’.

Pls correct me if wrong, India itself imports most of its high end defence systems, equipments, technology - How can it become the export hub in this context?
Also, for defence, I dont think world will look for a cheaper destination - which has been one of the main reason for success of outsourcing in other sectors…

R&D is the biggest reason for companies to become big in this sector. R&D, innovation & cutting edge original tech…would be good to know which listed defence company in India is doing all this to support India and then rest of the world? Which company is making the best of the best available equipment/machine/tech etc.? Thanks

I have tried to do an analysis of listed companies on the basis of available information and segementation suggested by Data Patterns. Would welcome inputs or other views from others.

Because we can make shells, screws, plates and export instead of getting it from other countries. 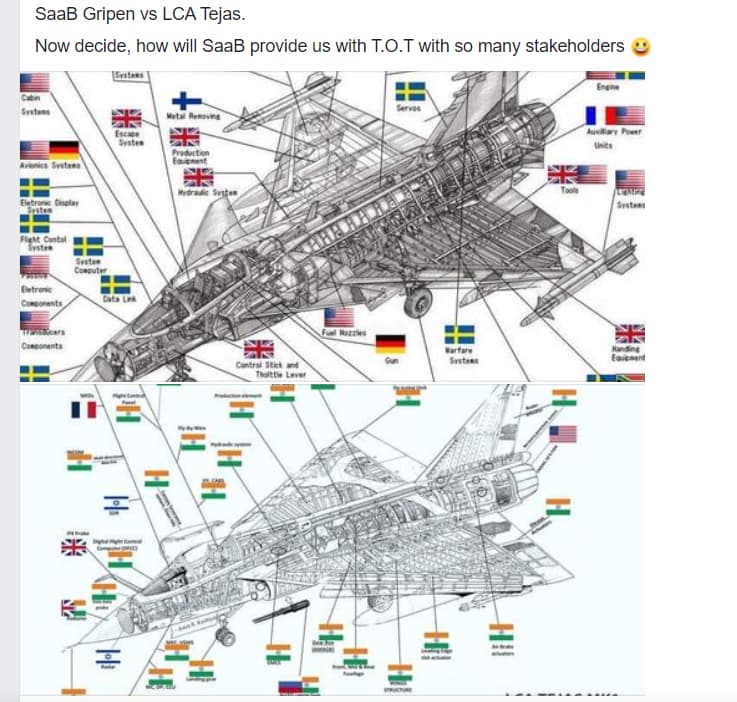 what is this about can you pls elaborate? The pic is not clear. whats the top picture and bottom picture? I see India flag at at many places in bottom pic but none in top pic…

I think the picture refers to Saab gripen aircraft compared to LCA Tejas fighter in terms of indigenous components. Sure a domestic manufacturing of a platform will always result in benefits to local companies in the long run as compared to just the cost of acquisition. In the Tejas example one has to look at share of value from indegenious components in the airplane rather just the number of parts. Overall that share will increase over a period of time as the volumes get delivered.

Image shows the complexities of defense Procurement Process. You can not simply go ahead and sell a product because it was assembled in your country you need to take approval from all the technology partners\stakeholders. That is where politics plays a big role. In case of SAAB Gripen with so many stakeholders any time situations can go wrong and your million dollar predator will be lying idle since supplier denied parts.

Hope i was of some assistance. 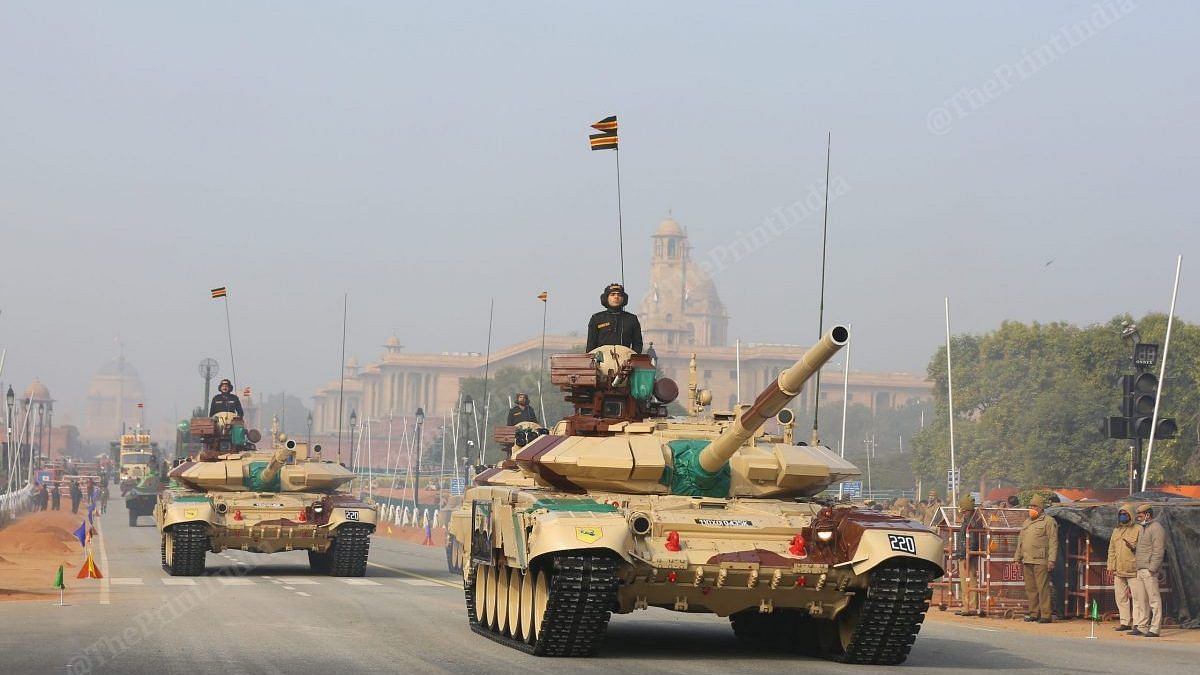 The Modi government has set a target of Rs 35,000 crore export in aerospace, and defence goods and services in the next five years.

Hi, I am thinking about investing in this sector. So, this sector is highly unpredictable and one shouldn’t invest, especially newcomers? 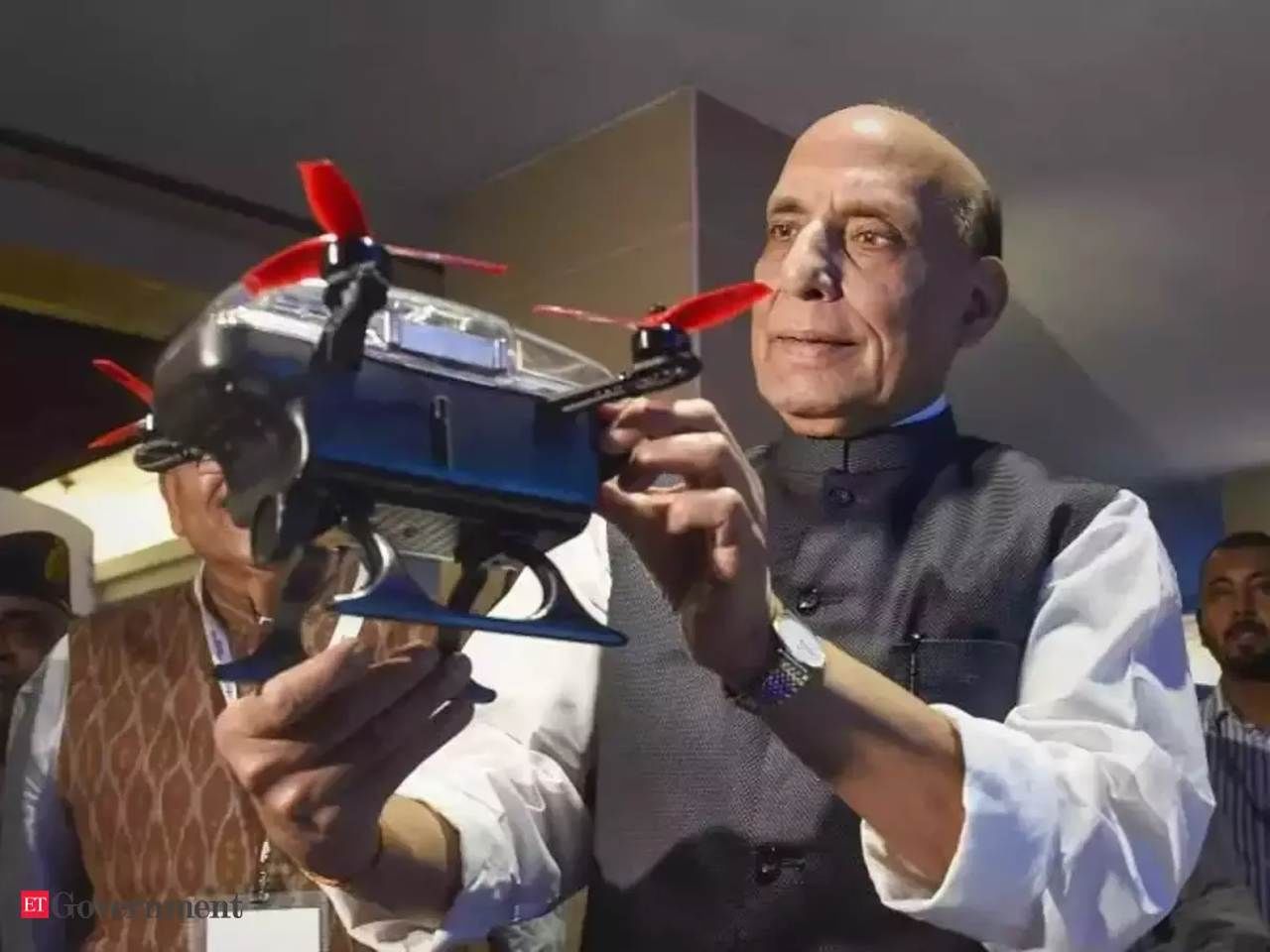 Swarm drones: The new effective and expendable soldiers on the battlefield of...

The Defence Ministry’s decision to go in for swarm drones for the armed forces is learning from the ongoing Ukraine conflict where the Turkish Bayraktar drones deployed by Ukraine took a heavy...

It is high time the government lets the private sector improve and develop the new generation fighter jets rather than rely on a single government corporation (HAL).

Look at how the US develops fighter jets via competition between Boeing, Northrop Grumman and Boing.