World refined copper production declined by 0.6% during CY 2019.
India saw a decline of production by more then 50% due to shutdown of Vedanta’s Tuticorin plant.

Copper supply faces struggle to keep up with growing demand

Runaway demand for the base metal is set to widen a supply gap while a dearth of new projects increasingly weighs on anticipated production and the energy transition and urbanization stoke electrification.

Now lets take a look at the demand side -

The world consumption of refined copper declined by 0.8% to 24.28 million tonnes.

Demand of refined copper is expected to be robust as more progress is made towards renewable energy and electric vehicles.

Now lets look at the scenario in India -

Copper demand is expected to grow nearly 7-8% in India as govt lays thrust to renewable energy and increased demand for consumer durables.
The average per capita consumption of copper is the world is about 3.2Kg whereas in India it is still around 0.5Kg. This is expected to increase to 1 Kg by 2025.

Now lets look at the production facilities of Hind Copper - 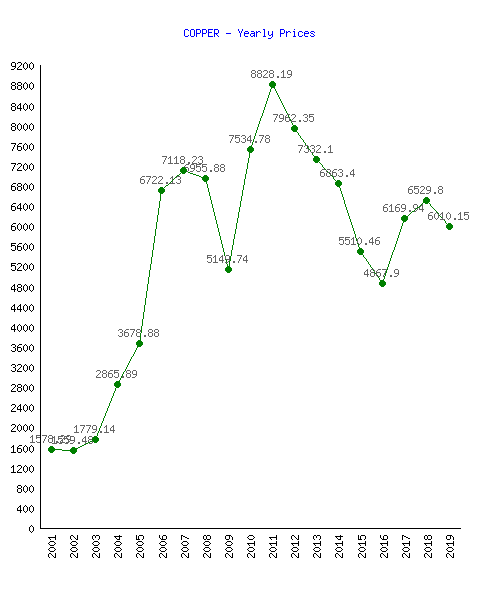 What i understand from the whole scenario is that if there remains a shortfall for some years to come and the price manages to stay in the range of 7000-7500$ the company would be able to make around 25% OPM and add to that the new capacities coming up would give the bottomline a nice kick.

The company was having nil debt till 2015 but since then the debt started increasing and is presently at around 1500 crs. This may have increased to fund the ongoing expansion project the company is undertaking. But it is surely something to keep a watch on.

Disclosure - Invested 2% of my portfolio from lower levels and may look to add more. Am invested in the company so views may be biased. I am not a SEBI registered advisor.

This is a 6 months old article, which talks about the bad financial condition of Hindustan Copper, hence be careful while investing in Hindustan copper.

Chairman, Arun Shukla, in a house journal article, exhorted company employees to focus on making up for the production shortfall in 2020-21 for the survival of the PSU. 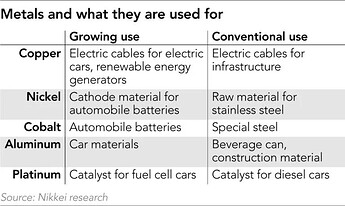 Time to be cautious: From the article

“We believe the price of copper–and indeed of other metals–is also being driven up by a high level of speculative buying interest. From a technical perspective, copper is now overbought-the RSI (relative strength index) is at 80,” said Daniel Briesemann, an analyst at Commerzbank AG.

Hi @prabhakar. He might be right but what i understand in technicals is that in a bull phase most of the indicators remains overbought for majority of the time. That being said i have not seen the technical chart of copper, i am just giving a broad view of what i understand.

Disclosure: Am invested so my view may be biased. 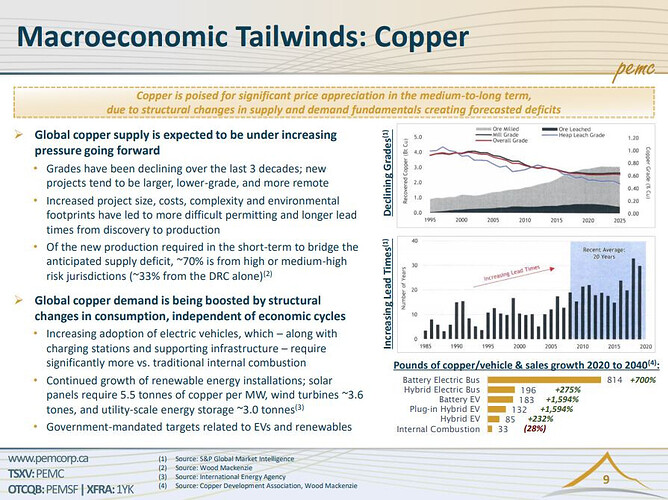 Even with expansions at existing mines and the ramp-up of the relatively few new copper mines like Cobre Panama, Radomiro Tomic and Toquepalain, it will not be enough to meet the onslaught of demand that is coming from China as it continues to modernize and urbanize, and electric vehicles, which use three times as much copper as regular ones. In 2016 Chinese automakers sold 28 million cars. If China follows through on its promise to go 100% electric, that would mean 2,380,000,000 kilograms of copper. At the current production rate of 20 million tonnes a year, that’s 119 years worth of copper! Just to produce enough copper for electric cars in China.

Copper, the Most Critical Metal :: The Market Oracle ::

Disclosure : Invested and hence views could be biased.

any other option to participate in Copper rally through listed entity?

At the current production rate of 20 million tonnes a year, that’s 119 years worth of copper! Just to produce enough copper for electric cars in China

Even if this amount is needed,all of this doesn’t have to be newly mined copper,right?I believe copper is often reused many times

Recycling, an essential component but one that is limited by structural factors

While the secondary production of refined copper increased between 1998 and 2015, both in terms of volume and percentage (Graph 7), it grew less quickly than the waste stock. Theoretically, however, 100% of copper can be recycled. 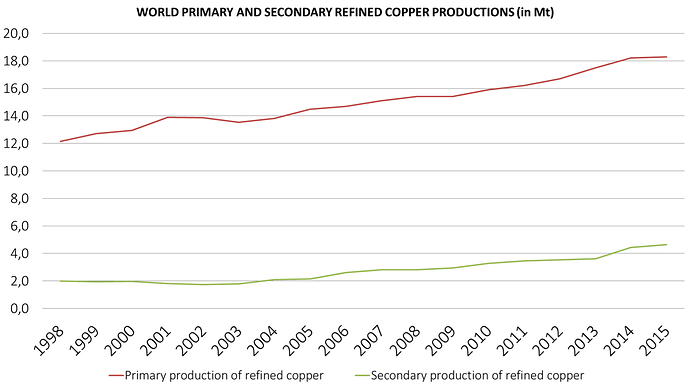 There are two reasons for this: in sectors with the highest levels of recycling (construction and infrastructure), much of the associated copper is immobilized for several decades due to the lifespan of the buildings/infrastructures in question.
In contrast, consumer goods, which have a much shorter lifespan, are only recycled at rates of between 25 and 40%. Moreover, the dispersive usages of copper make it more expensive and less attractive to recycle. The growth potential for copper recycling thus appears to be limited in the absence of a government incentive policy for the sector.

Copper in the energy transition: an essential, structural and geopolitical...

There is no other listed player which have license to mine copper apart from hind copper as per my knowledge.

Vedanta has a subsidiary in africa that mines copper. But in India, HCL is the only listed entity I believe.

Copper: Cyclical Winner in a Shift to a Greener World

Even companies that are traditionally considered to be “cyclicals” can benefit from long-term secular trends. The Calamos Global Equity team discusses how the global move to renewable energy is supporting opportunities in copper and other...

Found this article where in Hindalco signs MOU for copper concentrate with Hindustan copper.

Annual consumption of refined Copper in recent years has been around 6-7 lakh tones.

“This rally hasn’t even started yet,” Sadrian said. “The market’s looking like it did in ’04 and ’05, and the world didn’t get the memo.”

The rally that has unfolded has been so powerful that investors have gone from bearish to super-bullish just as Copper prices reach the top of a 7-year trading range at (1). By super-bullish I mean 90% are bulls, the highest in 9 years for Doc Copper!

Copper has rallied in a straight line higher for the past several months. But this rallied may be overheating right now! 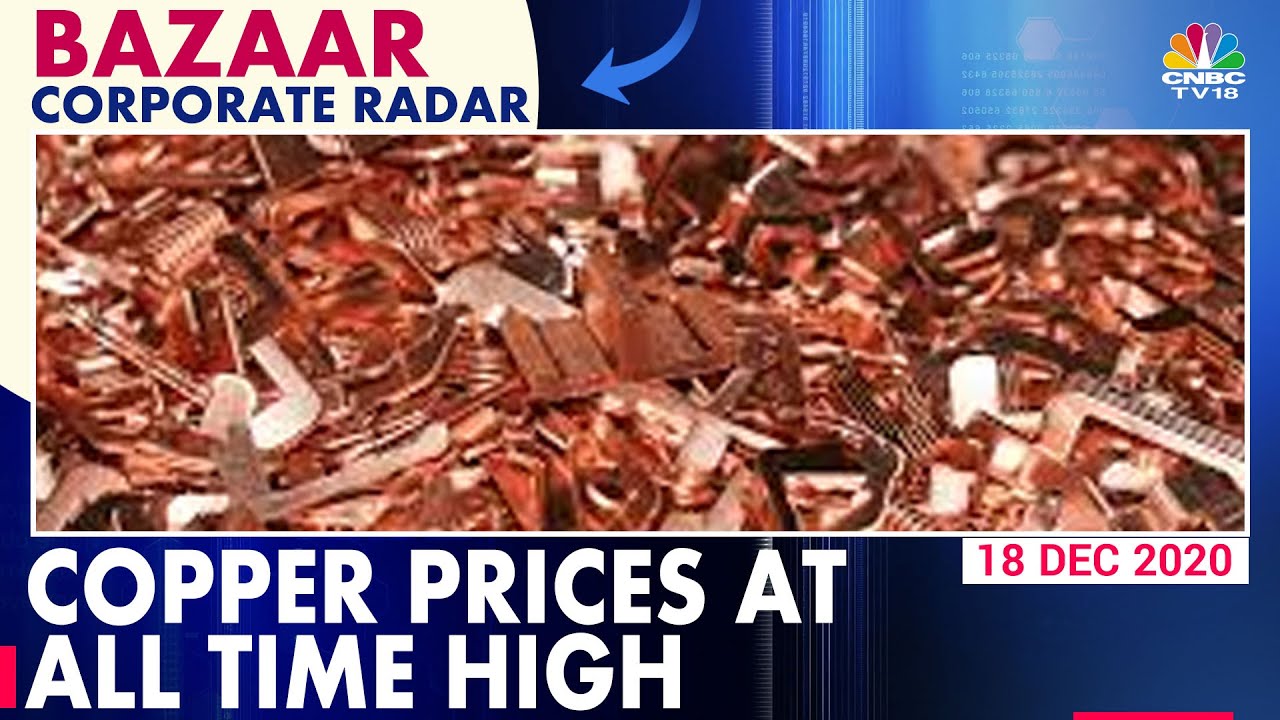 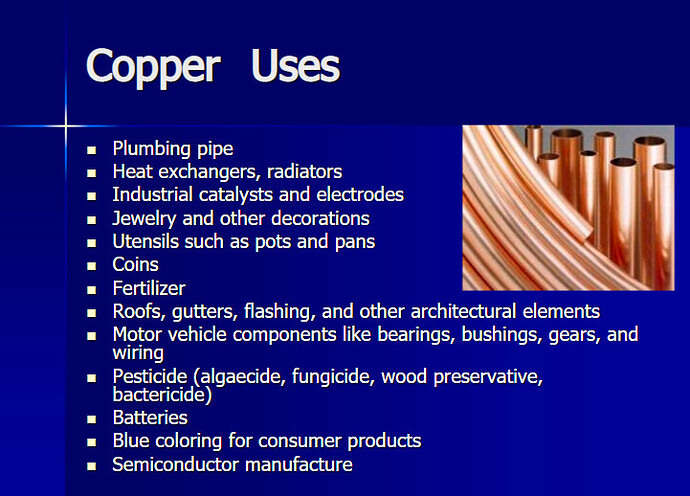 As we understand importance of copper and rising prices of commodities, we need to understand the demand & supply so that the prices stay intact… if there is good demand for copper we expect prices to stay relatively low however that can change overtime when supply ratio is low.

Now in India we expect to import more than 30% copper due to Vedanta factory closed due to pollution norms and next set of industry making these are Hindalco & Hind Copper.

India's refined copper consumption is set to more than double over the next eight years amid rising demand from the power, auto and consumer sectors, the chief executive of one of the country's top copper smelters said on Thursday.

If you want to know when will India have next gen set of EV’s - we are still in phase that we have limited skill set to kick start EV - mostly this will be in 2024.

The recent Economic Survey, too, pitched for making India an electric vehicles hub and boost employment in the automobile sector. According to the Survey, India’s market share in electric cars is just 0.06% while China has 2% share of the global...

What opportunities that can be foreseen is use of copper for pre production of EV batteries, radiators, semi conductors, electric wiring etc.