So, H2 profitability shall be considerably higher than H1 profitability as they pass on more prices and supply chain issues are eased.

PAP situation improved with the largest company in China coming back on stream in July and two domestic companies starting production in India. Leading to better prices for the company

DCDA (ksm for metformin) got PLI approval with a capacity of 8000 tonnes pa. Estimated investment 100crs, company expects a cost savings of 10crs along with supply security for the company. Company expects the capacity to become operational in 2 years time. To be used for captive consumption. Once the capacity is absorbed company will double the capacity and strat offering PFI and API to other companies

Setting up a fermentation lab with an investment of 75crs (20crs already deployed). Biotech acquisition was to bolster this capability.

MUPS block commercialisation has started with couple of products and various other products are at different stages of approval.

Paracetamol prices will go down in the future commensurate with the fall in PAP prices. Margins will be maintained.

EBITDA to improve Q-o-Q on the back of volume growth.

Non core compounds have grown from 17% last year to 18% of total sales. Company will start to look at cost optimisation.

Long term debt is expected to be zero in 2-3years time. Total debt will fall this year even after the buyback. Expect positive build up of cash every quarter.

I think that extended release tablet means product will be manufactured in the MUPS block. Please correct if my understanding is not correct.

Six Observations for Virgina subsidiary but with Voluntary Action only.

Is there any update on the buyback? Apart from the size& record date, a lot of the details are TBD? Sorry I have not been able to find anything here 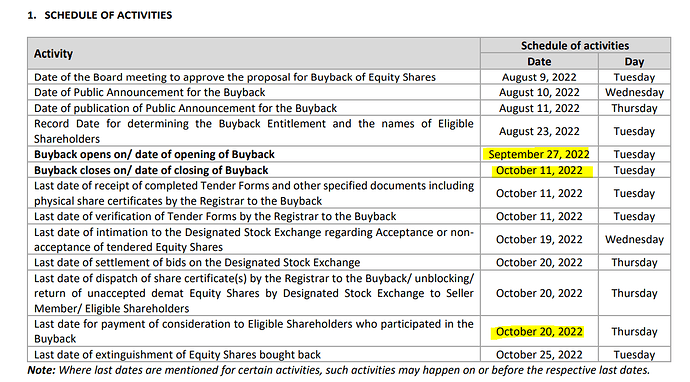 promoters also would participate in buyback

That’s not encouraging sign. If promoters have confidence they will stay away from buyback and as a result that will increase their holding percentage.

It is not necessary that promoter participation in buyback is a negative sign. Granules’ promoters have a pledge on ~4.45% shares as of June 2022 (source: ValueResearch). If the money from buyback is used to release the pledge then it bodes well for the stability of the promoter’s holdings.

More than the promoter participation, I find Granules’ buyback a bit difficult to understand given that they have 1000 crores debt on their books.

Not sure why debt reduction hasn’t been given a priority if Granules has free cash, especially in the current environment of rising interest rates.

Though I agree that, Debt reduction comes first that Share buyback , they are also cognizant about debt reduction.

They discussed this in the call " * Current debt at 613. Long term Debt is 300 crores. Earlier it was prudent to save the money rather than repaying debt because of better reates at that time. Now since the interest rate is increasing, company wants to reduce it. There will be no long term debt in 2 - 3 years."

They have been trying to maintain D/E ratio at 0.3

This might give a short term boost to revenues. Someone should ask mgmt about this in the upcoming concall on 20th. 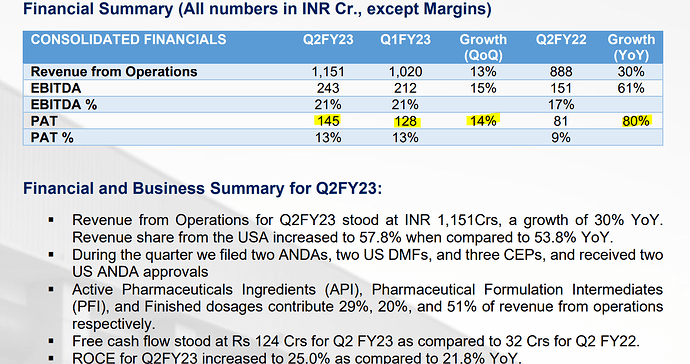 Paracetamol is the first line of defense against Covid and with China suffering so much with COvid. Granules is likely to benefit.

There is shortage of Paracetamol and Ibuprofean due to sudden changes in China’s Zero covid policy. People in neighbouring countries like Singapore/Australia is sending these medicine to their relative in mainland China as per the NYTimes report.

Additionally,France is also reporting shortage of paracetamol. Granules does not sell their products in China/France directly, but they are planning to sell Paracetamol in Q3/Q4 in Europe. As winter session in Europe/US is middle, it will take few months to normalise situation.

Based on this, it seems that paracetamol/Ibuprofean prices will remain high, boosting Granules sales/Profit. I wont be surprise if they post highest ever quarterly profit in Q4(Sept 20- PAT 164cr).

Here is interview of CEO on Bloomberg 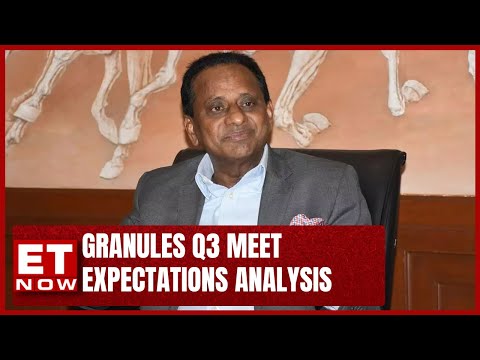