Cash-to-cash cycle: Our cash-to-cash cycle was 138 days in the current year compared to 117 days in the previous year.
The increase of 21 days was mainly attributed to inventory increase due to reasons stated above. Receivable increase due
to increased business. We hope that the raw material situation stabilizes soon and then we could expect our CCC to improve further.
Operational cash flow: Operational cash flow for the quarter was Rs. 75 Crores when compared to Rs. 145 Crores in the
previous year same quarter. The full year operational cash flow was Rs. 332 Crores when compared to Rs. 432 Crores.
Increased working capital, reduced profit has contributed to the reduction in the operational cash flow. We have started
seeing improvement in the operational cash flow and free cash from Q3 onwards.
Capex: Capex spend during the year was Rs. 397 Crores compared to Rs. 271 Crores in the earlier year mainly on
account of increased spend in the MUPS block and MPP -II block in Vizag. Our capex spend will be in the range of Rs. 600 Crores for the next two years. Overall the year’s performance was quite good considering the challenges that we have
faced throughout the year.

A lot of elements in this business look good/ potential slow Good change coming about.
Few things that bother are their high receivables historically.
Receivables have always been >33% to sales and >25% total assets.
This number is quite high and shows larger percentage of its sales happening on a credit basis.
Couple this with average debtor days being > 125 and cash conversion cycle >133 days, the business starts looking a bit average despite them onboarding an amazing CEO recently.
Would appreciate any suggestions on the same from forum.
Thanks.
Disc: Not invested but studying closely.

A lot of elements in this business look good/ potential slow Good change coming about.
Few things that bother are their high receivables historically.
Receivables have always been >33% to sales and >25% total assets.
This number is quite high and shows larger percentage of its sales happening on a credit basis.
Couple this with average debtor days being > 125 and cash conversion cycle >133 days, the business starts looking a bit average despite them onboarding an amazing CEO recently. 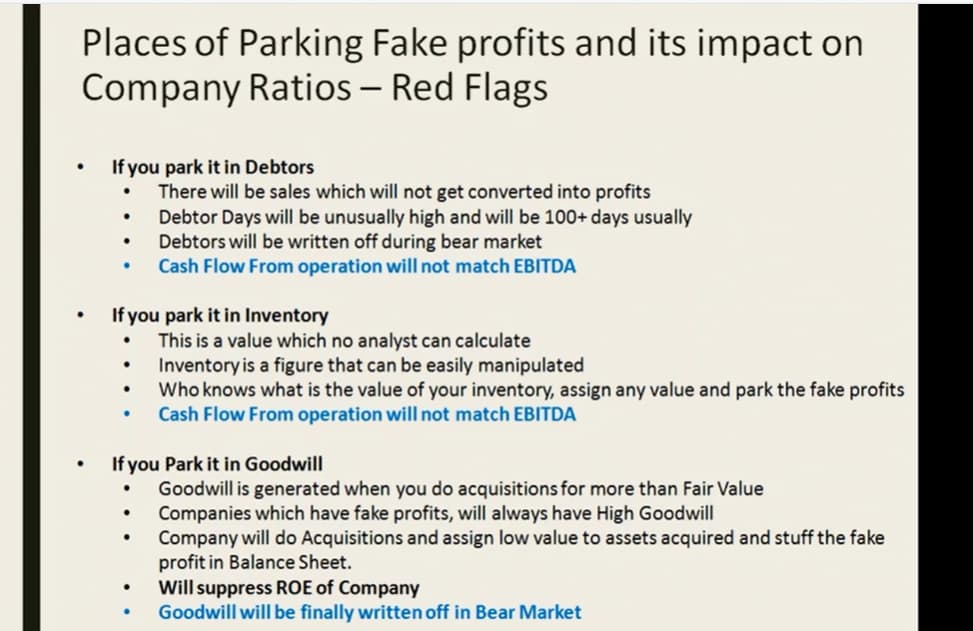 Receivables have always been >33% to sales and >25% total assets.
This number is quite high and shows larger percentage of its sales happening on a credit basis.
Couple this with average debtor days being > 125

You might wanna compare these numbers against other pharma companies with a sizable US generics business. You ll get your answer.

That’s what I’m trying to highlight here. I did and even in comparison, they trend higher than others. Apart from that, due to these trends, these businesses don’t deserve average valuations IMO, even if you ignore the consistent price erosion in US generics.

Divis and laurus have higher receivable and inventory days than granules. Make what you will of that. There are ample examples of Wealth creation in companies with similar WC cycle. Stating the obvious here- A tighter WC cycle is always preferable but there are other things to consider.
Btw not sure why you think historically >33% of sales have been stuck in receivables (just once as far as i can see on screener)
With regard to your comment on Valuations. It’s expensive if you believe the recent underperformance is permanent. Cheap if you believe that over the next 5 years they will repeat what they did between Fy14 and Fy19

In interest of public discussion, I would stop here. I guess comparing divis/laurus to granules makes sense to you, not me Sir. I picked the 33% figures from screener only.
Hope business improves as past is never an indicator for future business trends and performance.
Will be sitting on sidelines and watching this business keenly as I’m a fan of Rao Sir. Thanks.

That was precisely my point. Divis and laurus are better businesses (in my opinion) but granules has lower receivable days and inventory days. So looking at working capital in isolation can’t be a good idea right?

just like you even i use screener. That’s why I am a little confused when you say you got this from screener

Receivables have always been >33% to sales and

Sir , I use screener’s excel sheet for intial screening.
I considered 2016 onward numbers excluding 2020 as the numbers were consistent during that period only.
I am still learning a lot so I might not be evaluate numbers as good as you. But currently, I continue to follow what current understanding of numbers tell me and refine the framework as & when I learn something new.
Attaching the snips here.
Receivables/sales

For the sake of comparison, below are some peers of Granules and their Receivables to Sales ratios from the past 4 years. (Data taken from screener)

It’s ok. I only commented because i felt what you wrote is factually incorrect. That’s all. I am not married to any of the stocks mentioned so far:)
I see what happened though. you are looking at standalone numbers instead of consolidated

I downloaded the excel only for consolidated numbers earlier. But when I just now downloaded a fresh excel for granules , there seems to be a change in data sheet entries using which these are calculated and ratios indeed seem a bit less ugly. Thanks again. Seems like I have to re-evaluate other portfolio and watchlist entries once again.

Has anyone faced the same situation with screener ever.

Has anyone been tracking Granules India’s expected US launch of generic amphetamine mixed salts for ADHD? The last public news was from mid-March 2022, where they confirmed that their US plant in Virginia received a positive Establishment Inspection Report.

Does anyone have info on when they plan to start production and sales?

This along with China production for PAP shall result in return to better profitability for Granules in next few quarters. 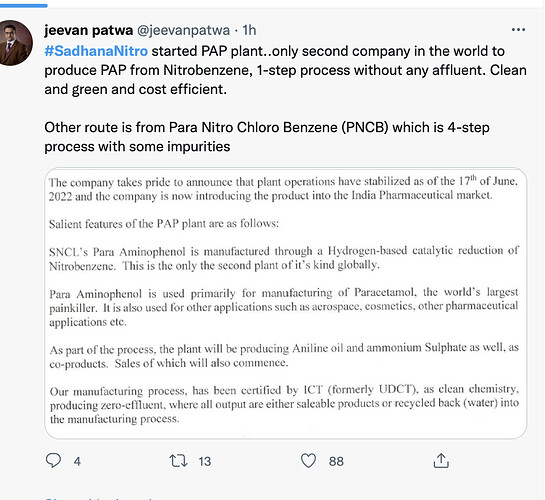