Investors seem to have recognised and caught up with lack of numeracy from the Management’s side. Along with softening Demand in the short term. First sign of red flag is usually the best time to get out in a lot of small companies.

Disc:- sold back in Feb. Case studies in selling

looks oversold,when prices of cng started goes down it will rebound sharply 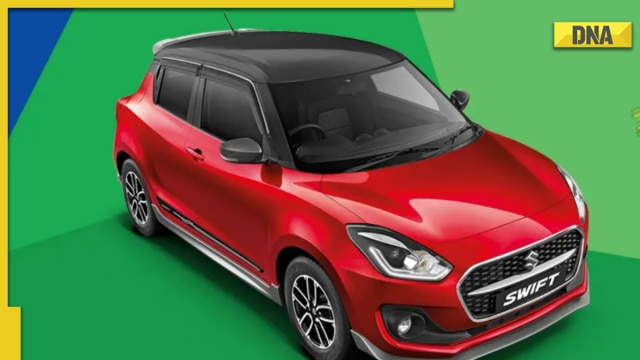 Some dealerships have unofficially started accepting bookings for the upcoming Maruti Suzuki Swift CNG at Rs 11,000.

CNG has become unaffordable, demand is bound to shrink. Plus all the manufacturers are increasing capacity so supply will increase.

It isn’t the numbers that is as disconcerting as the sudden spurt in trade / delivery volumes on Friday & Monday, before the results were announced on Tuesday is.

Clearly someone knew that it was going to be a crazy Tuesday - unfair for those who held the stock on its fundamentals only.

Disclaimer - am invested and haven’t sold even one scrip.

I totally agree with you Prakash ji …even i have not sold a single stock yet and luckily my purchase is still way down . Heard the con call overall long term scenario is ok with cng outlets increasing. So this drastic fall with huge volumes seems some investor has sold lock,stock and barrel even though stock has low pe on current fundamentals. Feel the rise will be as staggering when it happens and the level now should give support to the stock.
best wishes.

I wouldn’t risk predicting the future though. One macro concern that I have is the gap between CNG and Dirty carbons closing in.

Also, I don’t find it unnerving to see that the Promoters / Founders don’t have their numbers to the second place of decimals but what I fail to understand why has the Company not aggressively promoted its leadership position in the Green Market. They enable the last mile connect in transitioning vehicles on CNG and that is a Green Lever.

With rising kitty of CSR, they have more ammunition to fire on this. Will build more brand value and also drive the aspirational shift of vehicle owners to Green. Handy if price gaps between CNG and Petrol / Diesel continue to reduce.

What was surprising to me was the lack of clarity even for basic breakup of revenue, at the segment level. And there are just two.

We are in the middle of Q2 and they didn’t sound confident for this quarter as well. I would wait for Q2 results and the CNG price trend before investing.

Here I would like to point out that even though the
difference in price of cng / diesel might be narrow, still if you ask any taxi Uber operator the average of a Swift desire on cng is close to 30 which is unthinkable of in petrol/ diesel . Electric is way too expensive as of now .So cng I feel is here to stay for its efficiency in average and don’t know why these basic facts about CNG were not presented in con call. On these basis I would say the future looks ok and thus the fii interest in the stock.

Do these two and you will soon see the stock zoom, regaining forward momentum.

Agree. The communication quality (content & presentation) both can be much sharper.

More to be added

But sudden drop in no.s need to be analyse. Management can say n no of things but on ground CNG vehicles are hit. There is no dearth of demand of CNG vehicles.

I would like to add my views on the results and promoters. Please give your views.

Results were down clearly due to CNG vehicles (pointed out by many on this forum). My understanding is (after talking to a few users) while CNG is still cheaper the differential has come down a lot and may even become more expensive if gas prices are going up so they have put purchase of CNG vehicles on hold and will see how prices move - so naturally sales will decline. But once prices come down because parity has to come in petrol/ diesel and CNG prices (LPG prices will bridge the gap over time) sales of CNG vehicles will pick up.

Demand from CGD has been robust, but EKC has not been able to fully capatalise on it. Companies like Rama cylinders are selling a lot to CGD players. Today itself i saw many trucks of Mahanagar gas with CNG cascades from Rama cylinders near Panvel (Mumbai). Company has been running on full capacity so they havent really bothered (pl listen to the previous concalls and you will realise this).

Another example is composite cylinders, they have the technology in the US subsidiary and the demand in US is large. they could have used that tech for US and India markets. They could have exported from India to US and other mkts. In the many concalls they have totally discounted composites. only in the last call they acknowledged that they will look at it - that too when a investor insisted. Please have a look at results of Time Technoplast and the performance of composite cylinders.

Lastly on the large volumes of shares traded over the past month. While share price has come down a lot - someone is buying in large quantities - about1 crs shares has been traded as Delivery. even if we remove 50% as trading volumes - it is still large. it is close to 20% of free float which is very high for any company in a such a short period.

All in all - sales dip is only temporary and volumes and profits will be back, hope the promoters become more proactive at business and get better people to run the company. Even if they dont do it the valuation is still compelling.

@RajeevJ Any thoughts on latest results?
Much obliged in advance.

Mahanagar Gas cuts prices of CNG by 6 rupees per kg, PNG by 4 rupees

Reduction in prices have come after the Ministry of Petroleum and Natural Gas revised upwards the allocation of domestically produced natural gas to the city gas distribution company, MGL said. MGL had in the first week of August, increased prices...

The June Qtr numbers were disappointing to say the least, with RM price pressure, but according to the promoters, the primary reason for the poor numbers apparently was the so called sudden fall in the demand for the CNG cylinders immediately after the last can call!

Prima facie, the demand for CNG for the auto sector comes from the fact that running the vehicle on CNG has always been substantially cheaper than Petrol / Diesel. At least 30% cheaper. This is the biggest motivation for someone wanting to buy a vehicle running on CNG. With the steep increase in the price of CNG over the last few months, & the price differential itself in doubt, then where is the motivation for the consumer to buy? The fact that it is a cleaner fuel is hardly a factor for the price conscious middle class consumer. No wonder, the OEM’s were suddenly finding fewer buyers for CNG driven vehicles, & the demand for CNG cylinders dropped drastically.

Further, the Mgt. in the con call, mentioned that it was not seeing any pick up yet in the current Qtr (Q2). If the Mgt. is to be believed, that the sudden drop came immediately after their Con call, then it was probably only half of the qtr. that was impacted. By that logic, the Sept Qtr could easily be worse than Q1.

With the Govt focus too on ethanol blending to reduce the import bill, the thrust on CNG is likely to suffer somewhat. That said, the long term prospects continue to be decent for the sector as a whole & at some point in the future, the price differential will return again & the demand for CNG cylinders could pick up. Till then its a bit of wait & watch. The stock price has taken a beating, making it a difficult choice for the investors whether to cut their losses & exit or wait for the price differential to return in due course.