We dont seem to have any thread to discuss the fundamentals on Dishman Pharma . One thread on technicals was dedicated to flag formation in dishman gave returns of around 20% from 100 levels to 120 but failed to achieve the targeted levels of 135 and the stock seems to be undergoing sharp correction in line with most other small and midcaps.

The company is a player in CRAMS space catering to innovator companies. It is involved in API intermediates, quarternary compounds, and fine chemicals. Initially the company focussed on QUATS (chemical substances which find applications in manufacture of bulk drugs, drug intermediates, speciality chemicals, ) but it has now increased its focus on CRAMS. And in latest developments the company has entered the generic API space to insulate its revenues from CRAMS risks.

The company started getting into trouble once it took over Carbogen Amcis in Aug 06 and post the 09 crisis, things went sour. Company went on reporting poor quarterly results and it is only in the recently concluded March 12 quarter that things seem to be getting on track in terms of margins.

The stock price in tandem with poor performance till date has been battered down from above 400 levels in Jan 08 to current levels of around 45-46.

Now I guess markets will take a long time to be convinced about the companyâs future prospects after so many poor quarters.

1. Company has got very good infrastructure to manufacture generic drugs as well as oncology products. It also has tie ups and relationships with MNC pharma companies for supply of various APIs.

2. Carbogen Amcis- its Swiss subsidiary which till now was a drag on the performance is now on track and has started reporting profits which should improve the consolidated figures.

3. Company is entering the generics business which should reduce the lumpiness in earnings.

4. Company manufactures benzathonium chloride Quats at its Naroda facility and supplies it to global MNCs for their hospital disinfectant formulations. This is a small niche for the company and it enjoys high margins to the tune of 25% in this business.

5. Valuations seem to be attractive with the cmp of around 65 capturing a lot of negative news.

1. Debt remains quite high for the company as seen from the higher interest paid. It is close to around 800. Company is trying to sell off itsf SEZ facility to reduce debt but till date no concrete developments have been announced. Concall mentions the company getting around 100 crores out of land sale most of which will be used to retire debt.

2. Promoter pledging is present to the tune of around 10% of total promoter holding and around 6% of total equity.

3. The results of the company have been very lumpy since past many quarters and hence stock price has suffered. disclosure: no holding but under watchlist.

You need real gut to pledge your share, when one after another pledged stock is going to dump; and this rare capability goes to our dear Mr Vyas of Dishman Pharma. Pledging as I have described in one of the thread is a hidden source of illiquidity and hence is a hidden source of risk. High debt is another risk.

But the major risk I feel is the execution capability of the promoter. They doesn’t seemed to have learned the lesson of issue with high debt even after going through debt related pain.

But there are many more profitable pharma plays one could find at EV/EBITDA of 9x.

Agreed this one could have a technical bounce back.

Yes there are lot of negatives in dishman. debt and promoter pledging are top of the lot.

But with carbogen amcis improving its act and the new HiPo facility getting orders from MNCs things could improve going forward. Next two three quarters need to be monitored to see how things progress.

Because of the complex chemistry involved in making the drugs that dishman makes, it can be compared with divis but management bandwidth and balance sheet strength is lacking.

The ratings of the company have been downgraded by CARE recently:

The liquidity of the company is under stress and that seems to be a major reason for the downgrade.

The negatives have already been put forth pretty well. The management had said for quite long H2 FY15 will be better. Even then, the stock has fallen from ~196/- to 134/- (trading below book value, RoE is ~10%)). But it has strong technical support near current levels.

TTM Earnings are 95 crores. The management last month, has given PAT guidance of “minimum 125-130cr” for the full fin. year. I think this gives very good risk-reward for next 2 quarters . 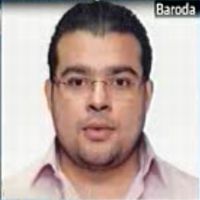 Margins to pick up in H2, will meet FY15 guidance: Dishman

Dishman Pharma’s margins were down due to stock building but they are expected to pick up in the second half of this fiscal, says company MD Arpit Vyas.

Disc. : Invested today. Right now, I have the FED meeting on 16th-17th Dec. on my mind. Markets may remain wobbly till then.Will look to add more if I get chances.

@kmadiga Thanks you so much

Does anyone know Dishman’s exposure to US Market ? Please share your views on how the Dishman’s business performing currently. Thanks

Worth to read this article…

Anyone has any idea, when the new avatar of Dishman, dishman carbogen amcis will trade? it has been radio silence for a month plus and no response to the general id in the website either.
Thx

Got an email response from the firm. The relevant portion of the reply, pertaining to the above query is posted here, verbatim
"As per Scheme of Merger, Company has allotted shares of new merged entity i.e. Dishman Carbogen Amcis Ltd., to the DPCL’s shareholders and necessary corporate action has already been taken and completed on15th June, 2016 with NSDL and CDSL. Also, necessary formalities for listing and trading permission for the said new allotted shares has been initiated. Generally, It will take approx. 45-60 days."

I am expecting it to list sometime in Aug

Have you asked other queries to them like commercial production of Niraparib and other drugs in phase III/ Have they started to manufacture them?

No Nityanand. I will now, but knowing, how long they took to answer this, I will keep my fingers Xed

Any news about when trading for the new entity Dishman Carbogen Amcis Ltd will be resumed in the market ?

Hopes are still alive, that one trade it will resume trading

Hi ,
When Dishman stock trdaing resumes …Will Dishman Carbogen Amcis and Dishman Pharma both shares are expected to trade ? Or it will be one single Co share traded?