Story - The company is in casino industry and is the only listed player in this space.

In current year major expansion plans of this company will get completed and their capacity will go up from 700 positions to 3200 positions. Already Deltin royale has become operational and currently capacity is already 2200, the remaining 1000 positions will get added through The Deltin Daman which will soon be operational.

The company in the past has also developed real estate in Kenya through a JV with RIL but now they have exited that business.

Betting market in India - 60 billion dollars as per KPMG report

Huge entry barriers in terms of license requirement.Gambling is allowed only in Goa,daman and sikkim in india.

Goa govt has promised not to issue any further license. So atleast for next 3-5 years no competition seems likely.

They hold 3 out of 5 license in Goa, 2 out of 2 license in daman.They also have purchased 11 acres land in sri lanka where they are planning to start a casino.They will have the first mover advantage in sri lanka

Zia Mody (born 1956) is a prominent Indian legal consultant and a prominent member of the Bahi’ Faith in India. She is considered an authority on corporate merger and acquisition law, securities law, private equity and project finance.

Business Today listed Mody as one of the 25 most powerful business women in India several times since September 2004 through 2011.She is a recipient of the Financial Express Knowledge Professional of the Year Award. She was also named one of India’s 100 Most Powerful CEOs by The Economic Times in 2004 and 2006.

She is also the recipient of the Economic Times Awards for Corporate Excellence as the Businesswoman of the Year, 2010. The awards are given out every year and are seen as the foremost authority in recognizing excellence in the Indian corporate market.

**Risks - **
Their have been a lot of protests against casinos in Goa. Goa CM parrikar has promised to move casinos out of river mandovi in next 2 years.
The question is how far out they will be asked to move into sea. Casino operators have said they can move upto 1 mile in sea but any futher than that will not be practical. Ships will sway a lot in deep sea and people wont be able to play properly.
However, given the mining ban it looks unlikely that Goa government will kill its only cash cow.

**Financials - **
Given the huge capex that has happened the past performance numbers are meaningless. Also past numbers include real estate which they have now exited. Nirmal bang has estimated an eps of RS. 12 for Fy 15. Given the CMP of 90 stock is trading at 7.5 PE.

Delta Corp is now at a very interesting position.
At one end you have a high probability of this company giving 30-40% CAGR growth for next 3-5 years, driven largely due to Daman operations and its floating casino hotel getting started.

While on the other hand has a huge risk of cashflows going to 0 by expiration of licence (as per current arrangement they have to shift all offshore casinos out of Mandovi River) of both its operational casinos in next few months starting from 29th of this very month.

Question is will the Govt of Goa take a RISK of shifting Casinos at a time when their INCENTIVES are directly attached to these high tax generating Casinos ?

Reminds me of Charlie’s Fav quote " Whose Bread I eat, his song I sing "

If we can guess the ODDS of the current position of all the stakeholders, we can benefit from this hugely misprised bet.

Don’t you think the profit they make isnt that great compared to the other sectors in the country.Since casino’s are expensive business to run world over the given the nature of the business, it doesnt really make a great bet specially for small investors, Sure That is my view as i am looking at it from opportunity cost as well. 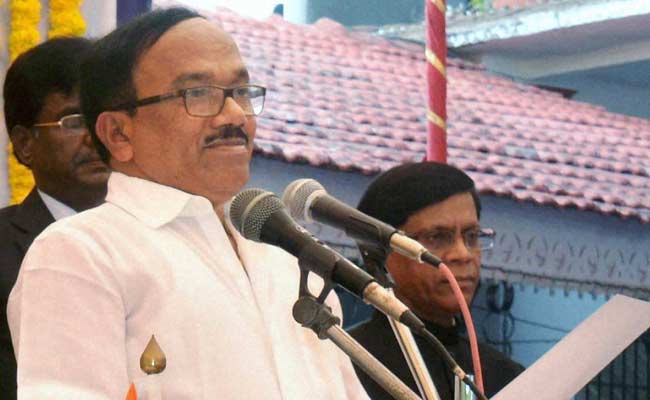 In a major relief to the off-shore casino industry, the Goa government today extended the deadline for casino operators to relocate from river Mandovi, till March 31, 2016.

Any idea of when their Daman casino becomes operational? It has been delayed by more than 12 months despite being ready to go…Any government approvals pending??

In the latest interview, the management has alluded to the Daman casino but not said when it will be launched: More casinos will come up, but it won't happen like the US and Europe: Jaydev...

In an interview with Goutam Das of Business Today, Mody talks of the growing gaming market in India as well as the hospitality business he dislikes.

Now Daman will open up where we will add several gaming positions. It will take one and half years to get the sales efficiency.

The article also highlights the size of the betting/gaming industry and I am reproducing an excerpt for those who don’t want to check the link:

In casinos, Sikkim must be doing Rs 50 crore on an annual basis. We do around Rs 250 crore. Our competition does a bit less. So the casino market is in the range of Rs 500 crore per annum now. But in cricket, they do Rs 5,000 crore a game. Every city has matka. The total market must be Rs 500 crore a day. So our thing is just a drop in the ocean. If the government legalises cricket betting, they will get huge revenues out of it. The can monitor it too. Today, it is wild. Then, we have race betting, in which Mumbai is Rs 170 crore per annum. There are seven-eight centres. Overall, it must be in the range of Rs 1,000 crore.

Daman no Daman, with Goa alone they are turning impressive numbers.
Hotels still in losses masking the high returns the Gaming division is producing.

Gaming ROCE pretax annualized is almost 38% now vs 25% last year.
They might end the year with 27crs PAT, so its trading at 65X this year earnings.
But look at the cashflows, last year they generated 85crs cash.
This year they might do 120-130crs CFO. All this is free cash!!
So market is valuing the company at roughly 12x free cash.

Just did a study.
They got license to operate the casino at deltin suites goa.
Management is expecting the annual fevenue in range of 36-60cr. But the ebitda margin will be 55%.

Also daman is waiting for some approvals bit has a inprinciple licence.
Also a new hotel in daman will take atleast 3-5 years.

All the cost are being accounted with a monthly fixed expenses of 20cr. All the incremental revenue will be impact bottomline.

Also with launch of daman and delta caravel there count will double.

Govt considering land based casinos to conduct live gaming too ??

I think mgmt have learnt quite a lot from previous failures specially the Daman hotel and the casino which is yet to launch.
They spent 350crs to purchase the hotel 4 years back which is yet not in black.
So going for lease space in Sikkim with license already on hand makes quite a good sense.
No capital gets blocked, balance sheet remains liquid and asset light.
This will help them post impressive return ratios going forward.

P/B value wise it should not trade at such low valuations.
today DFM trades at 25x book with 30% ROE.
Why Delta can’t ???
If we deduct the hotel losses ROCE’s from gaming division is as high as 40% !!

Technicals too support the mean revision after 6 years of under-performance, abv 86 will shoot towards life highes. 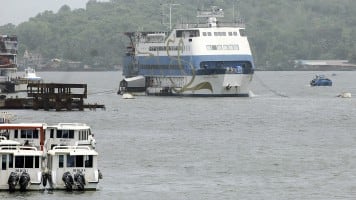 I wonder if Maharashtra can open up a new avenue for Delta Corp in a few years:

Isn’t this absurd? I don’t think there will be any revenue loss though because most customers seem to be tourists: 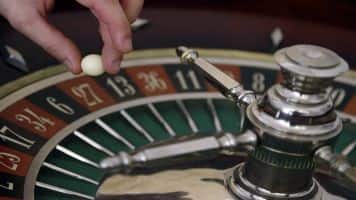 Goa has around 14 land-based and four offshore casinos.

Was discussing Delta Corp with a fellow investor who is also a friend. Had jotted down few points for the discussion. Although majority of the points already covered in the thread but still pasting them as it is.

Good things done and in pipeline-

How to Value Gaming Stocks

An overview of the best way to value gaming stocks.

Discl: Invested and have added after good Q1 results. This is not a recommendation to buy or sell. Please do your own due diligence.

I think price paid to acquire adda52 is fantastic. As per mgmt they have paid 2-2.5X sales of current year. That comes to 70crs odd of revenues for fy16-17 and with 30% margns, EBITDA should be in region of 21crs. So effective Ev/Ebitda (155/21) is just 7.3 times.
Only -ve is they are diluting us ( might just be 5%) while I would had preferred them to raise debt as they are generating 100crs+ Free cash year after year.

All said it should help them to grow exponentially from here.

Agree that would have been better if they would have raised debt for this acquisition and maybe the management themselves would have preferred this too. But maybe issuing equity to adda52 promoters would have been one of the important factors in clinching this deal (If this is the case then this also shows belief in Delta’s business model or future prospects - just another way to look at it

I think from existing shareholder’s point of view this dilution is not a major negative and I would settle for it given that this acquisition is done at decent price (Delta bought it at x times EBITDA but when added to Delta’s EBITDA, then IT MAY get valuations of more than x times for the same EBITDA; this may result in existing shareholder getting more value for his post dilution holding as compared to his pre-dilution holding before acquisition. Just a thoought process and haven’t worked out the maths), adda52 is growing fast and more importantly this diversifies their business and gives them exposure to a market which itself is growing fast and has good expanding opportunity size.

I had once read on a news blog (don’t recall which) that some of the gambling happens in “black.” I had dismissed the article as speculative, but there seems to be serious evidence now, based on this news article: 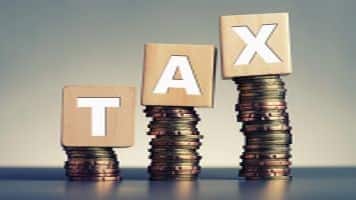 Casino operators in Goa, `dabba tradersâ€™, online medicine exporters, realty companies, several premium jewellery and watch traders, a south India-based restaurant chain and a Rajkot-based bullion trader are among scores of people that are under the...

I wonder if this is going to be bad or good for shareholders. Good because all transactions will then happen in white. And bad because customers might stay away because they will have to cough up the TDS. Net net, I think it will be good for shareholders because we will be benefit from the black turning into white.