How should I buy shares of unlisted companies? Like - Bandhan Bank, Paynimo, etc.

Contact Sandip Ginodia sandip@abhisheksecurities.com
Get clarity on Taxation for Dividend and holding period of unlisted shares… it is different from listed shares. Not sure if unlisted shares can be held as demat

There are couple of entities/brokers dealing in Unlisted Companies (Google for them and you will see handful of them). However, you need to be careful about dealing in unlisted companies as there is very little information available and price discovery is a challenge. Also there is always uncertainty about their listing and I have seen they keep pushing dates in bear markets.

If you are looking to sell any of delisted shares, then there is very little chance of recovering any significant amount.

Unlisted shares can be held in the demat form. Personal experience! However they are not reflected in your demat account till such time as they are listed.

They are definitely visible in Demat account. I have a CDSL acc and I can confirm this.

I have my demat and trading account with Integrated Enterprises. So my unlisted shares do not show up on the “trading account” window - but yes they are reflected in the demat portfolio. I ought to have framed my answer better. Apologies and thank you for correcting me!

Anybody has purchased unlisted company shares through a website? I had seen a post where a member had mentioned 3A Capital. I have stumbled upon 3Adeal.

I am wary of making payment about an unknown website, thats why the question.

The link is not opening.

I have purchased Studds accessories from Altius investech. Shares can be seen with proper details in my cdsl demat account. Zerodha console mentions the shares but says it’s not listed. Kite trading doesn’t show the shares. Site is genuine with the lowest cost deals among others like 3adeal or unlistedzone. I have not sold any shares, so don’t have much experience about selling.

ICL fincorp,hdb financial service i am looking for…

Thanks. Have tried Altius in a small way to buy 10 Rel Retail. Let me confirm their bonafides and integrity of the process. Then may be I will buy more if it, slowly.

Checking the unlisted shares seems to be a good way of getting the real picture before the IPOs. For example, the Pharmeasy (API Holding I think is the company name) share face value is 1 but ROCE -6!

HBD Fin is available, but the similarity of its logo to HDFC put me off.

yes they are reflected in the demat portfolio

In ICICIdirect too, they have come to the Demat Holdings. Buying and not seeing them would have been so unnerving. Price they show is ₹10.

I have taken a small position in Mohan Meakin Limited (MML).
Rationale for investment:

Dis: Initiated a tracking position only. Not an investment advice.

It shows ROE in previous quarters. It seems it has delisted, relisted and delisted a few times. Rather confusing. When it decided to delist in 2003, he firm had a paid-up capital of Rs 4.25 crore, and reserves and surpluses of Rs 27.01 crore.

India Business News: NEW DELHI: Liquor major Mohan Meakin is likely to delist from the bourses soon. The promoter is likely to make an open offer to buy back public holdin

Then again there is a news item that it proposed to relist.
"Mohan Meakin, the maker of the popular brand of rum “Old Monk”, has submitted its papers with the Metropolitan Stock Exchange (MSE) to re-list on the exchanges.

A source told Moneycontrol, “In the next two to three months, the procedures towards re-listing will be complete.”

The 163-year-old company looks to return to the capital markets 16 years after it had de-listed its equity shares from the Delhi and Calcutta stock exchanges.

Another source told Moneycontrol, “The company had applied to re-list on the NSE last year, but after the exchange raised some concerns, the company did not get back to them with answers.” 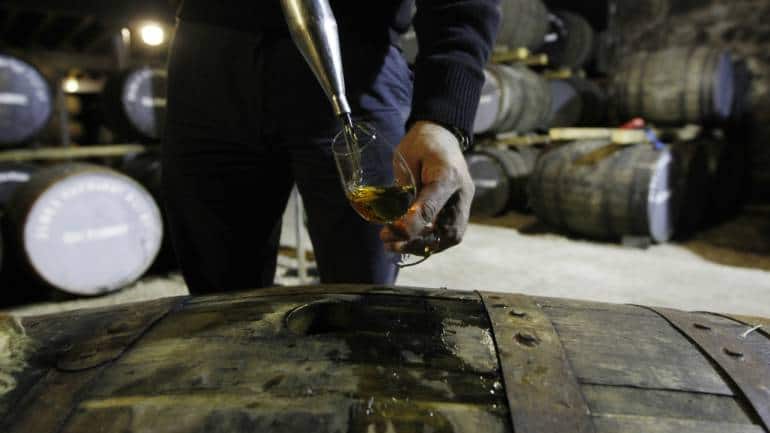 The 163-year-old company looks to return to the capital markets 16 years after it had de-listed its equity shares from the Delhi and Calcutta stock exchanges.

Mohan Meakin is an old company which used to trade in multiple exchanges at one time. Slowly all the exchanges it traded in got defunct. So it has to delist from previous exchanges like Kolkata stock exchange and list on newer ones. NSE has strict criteria, so many companies list on BSE first and keep trying to list on NSE with improvement in compliance.