Bata India Limited (Bata) is a 52 per cent subsidiary of Bata (BN) BV. Bata is one of the largest footwear manufacturers in India and sells a wide range of footwear in canvas, rubber, leather, and plastic. The company has capacity of 628 lakh pairs per annum spread across its five manufacturing units at Batanagar (Kolkata), Faridabad (Haryana), Bataganj (Bihar), Peenya (near Bangalore), and Hosur (Tamil Nadu). Bata currently sells footwear under the Bata brand through 1,388 retail outlets across India and a large number of other outlets, served by various Bata dealers.

Positive FCF for each of the last five tears

The company plans to invest Rs 15 crore on strengthening its manufacturing facilities and about Rs 70 crore in setting up new stores across the country.

The company will invest Rs 15 crore each year for the next three years to upgrade machineries and expand the production atits manufacturing units at Batanagar, Patna and Bangalore.

For the ladies segment, Bata’s popularity continues to grow with the trendy Marie Claire range

Bubblegummers brand continues to allure children across the country

Retail: Over 1250 retail stores across the country, sells over 50 million pairs of footwear every year, serving 1,50,000 customers every day

Non-retail: Over 275 distributors and over 20,000 independent shoe dealers, caters their requirements through 11 depots located across the country

Online: Entered into tie-ups with two e-commerce sites viz., e-bay.com and rediff.com for sale of footwear through internet and shall continue to explore tie-up opportunities with other
e-commerce sites in future

Presently the Indian organised footwear market is dominated by men’s footwear segment that contributes for nearly 60 per cent of the market where the casual footwear has two thirds of the share in the men’s segment. The unorganised players have the lions share in the ladies and kids segment with 80 per cent share.

Import of cheap footwear from China by competitors, which controls 17 per cent of international leather trade compared with India’s 3 per cent, remains a challenge

The present corporate strategy involves investments in increasing volumes and improvement in quality coupled with outsourcing.

The move towards store standardization will improve the business viability and give a wider selection and choice of footwear to the customers.

While sales growth of 18 per cent in Q4 was tad behind expectations of 20 per cent, operating profit margin (OPM) of 15.8 per cent was significantly lower than analystsâ expectations of 17.1 per cent, as rent costs (up 266 basis points as percentage to sales) impacted savings in other overheads like raw material and employee costs.

Due to dismal show on the operational front, net profit margin at 10 per cent also came in below expectations. Nevertheless, compared to previous two quarters, demand and cost pressures (except rentals) receded in Q4. Sequentially the performance has jumped—sales up 20 per cent and margins up 250-400 basis points â as the company offered discounts in September 2012 quarter for inventory clearance.

Despite economic slowdown and inflationary pressures, the company managed to report a decent top-line growth of 19.4 per cent in calendar year 2012 partly due to higher than targeted addition of 152 stores (versus 100 each planned in next two years). Further despite cost pressure, the company maintained margins, which was impressive. According to analystsâ expectations, the companyâs financial performance especially profitability is expected to bounce back in 2013 despite addition of new stores.

The current PE is about ~26 which is quite high. But the Companyhas always traded at higher valuations. However, at the CMP of 716, it’s 27% down from the all time high of 982.

Disc: I don’t hold Bata. But plan to add in the near term

Looking at the sales and profit figures and balance sheet of bata, it looks worth keeping an eye on.

Bata has got a wide moat in terms of popularity the brand. Indians associate the name Bata with ‘Durability’ and ‘Reliability’. It was earlier a low value,affordable brand and has now shifted to being a premium,aspirational brand.

In my opinion it’s not a play on footwear consumption in metro or tier 1 cities. It’s a play on rise in aspirational spends in Tier 2,semi-urban and beyond places. People have trusted Bata in these places all long and when they have more money to spen and want to up-trade,Bata would be the first choice.

One more thing to work in favour would be Foot In format of stores. Foot In is a brand targeted at youth. It’s a pure play on shift from unorganised to organised in affordable/fashion footwear. Currently,not many such stores have been opened,may be the co. is doing a test run,in future further roll-out could be a big positive for the co.

I visited a FootIn store in Bangalore and was very pleased with the designs…they were elegant yet very youthful. Almost all of the products are priced less than Rs 1500. I’m using a footwear (Rs 399 worth) from FootIn for the last 2 months and very impressed with the durability and quality.

Stock has corrected a lot (~30%) from higher levels because of bad results this Q. In turn that was because of some supply chain issues which seem to be temporary. In the longer run this should not matter and this is a recession proof business. I’m seriously looking into placing a contrarian bet at these levels with the intention to average down as it falls more.

When stocks get correction by 30%, its a good chance to make entry. For companies like Bata …wooo
But, the issue with BATA is…launch of new products.

My father, uncle has been loyal bata users from 25 years. But, i try everything that looks fancy.

As a investor, I have not been tracking Bata or its products . But like a customer I know, what Bata is.

@theashworld , any info about their products.
??

I own bata: Disc

I think Relaxo, Lawreshwar and Liberty will all grow in tandem as Indian consumption is such, each has a moat in their own way and each is powerful in a particular location. No one though has a fair chance of failing

The products are a step up from the local non-branded products (in terms of aspirational value) but not as aspirational as say Nike. They also seem quite expensive but Bata runs many sales so I guess that’s the strategy.
It’s true that generally Bata is not popular among the trendy urban youth but even otherwise they have a very large market to tap. The brand is strong since it has been associated with good shoes since generations.

True, you dont buy Bata for a punt or a quarter or some technical correction (actually now you can after the correction) but hold of a decent period of 10yrs to make it a mammoth. They changed the SAP system in the distribution system, that disrupted sales recently

@suns,
what is SAP system ?
What changes have they made in distribution system ?

Sorry, if i sound naive.

Its a computer related language or system of application that is expanded as Systems, Applications & Products implementation. By doing this, the speed of information transfer and how they do business is faster and its a one time mistake Bata did

Any views on BATA management quality? Any article about management or any interview with the management will be really-2 helpful. Also do they hold conference call for the results?

Any info very much appreciable.

Seems like Hush Puppies and Power retail lines will be their growth avenues.

Do you guys think that eComm could be a threat (or atleast a profitable growth dampener) to Bata?

Though there are no doubts on the brand pull and network of Bata. I am struggling to figure this out how much dent could eComm make . Any perspective will help.

I have limited knowledge as just started my research into the company but in the last 2 annual reports (2012/13) the co. is actually highlighting e-com as a key growth area for them and they have already made tie-up with all the online players.

Thanks very much dubyrex for the article. This is exactly what I was thinking that BATA needs to do i.e. disassociate it’s sub-brands with the BATA brand because as soon as we hear BATA we associate it as a brand for elderly people. This will give a great push to them.

But I think they do need to promote this also through advertisement like they did for Hush Puppies. Any idea about that?

I think Relaxo is managed to achieve this where people don’t associate Sparx, Flite with Relaxo 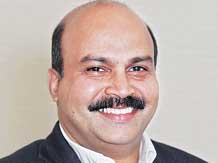 In the past quarter, Bata’s net sales were down by nearly one per cent. How does Bata plan to rebound? Any change in marketing strategy?

We are already on a recovery path, with steady improvement in the supply chain, new store openings and emphasis on customer service at our stores.

The focus from a marketing perspective will be on improving the experience of consumers walking into our stores. This will be done by delightful in-store decor, with a clear emphasis on key products and story building around the categories. The objective is to make Bata a one-stop solution for all shoppers, offering a wide range of products for all occasions and purposes — sports, holidays, evenings, casual and formal.

How many of your products are locally made and how many are outsourced from China? Do you see yourself sourcing more from China to cut operating cost?

We have five factories around the country which are constantly evolving to manufacture the best of quality and style. We will certainly be investing in the existing factories over the year. A majority of the products are made in our own factories; the rest is outsourced to other vendors within the country. Manufacturing at Bata India will expand in the coming years, with better and skilled labour and advanced manufacturing machinery.

What is your plan with e-commerce sales?

There is a whole new opportunity for expansion of business via the e-commerce platform. Our e-commerce business has reached about 1,400 cities across India. An M-wallet (mode of payment) service has been launched. We have also introduced a mobile application of Bata for user-friendly experience via an interactive user interface, an easy and faster way to browse, without the necessity of using a laptop or computer.

To attract more online customers, new partnerships have been created over the past year with leading online entities Amazon, Myntra, Flipkart and Jabong.

What new innovations in product mix will drive Bata’s growth in the ensuing year?

The coming year will be full of product mix innovation. Bata has continued to focus on improvement in shoe design, through constant research & analysis. The latest collection will bring forth aspirational & contemporary styles, focused towards a younger audience, with an eclectic mix of accessories with which the brand will go big.

Over recent years, Bata has been focusing on opening large-format stores. Do you expect some change in this strategy? How many stores do you plan to open this year and what segments will it cater to?

Bata India opened around 100 stores in 2014 in metros, tier-2 and tier-3 markets. We aim to open around 100 more in 2015. A lot of investment will also be done on creating a delightful shopping experience for walk-ins — enhancing customer service, improving the layout and creating an emphasis on key products within the store. The stores we open now will be bigger and at key locations like malls, high streets and high-density highways.

I have been closely following Bata and there is some relevant information to add. 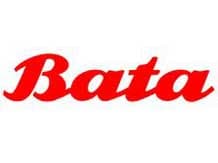 According to above snippet, Bata has to make many corrections. If we can keep track of how much corrections Bata is making, our confidence in the company can increase.

Will the online, discount sales continue for ever?? Hard core tech CEO thinks it will not be. This insight might hold for other non-tech products like shoes and sandals.