Personally I liked Tricoat more than Apl APOLLO, currently Tricoat is at discount of 8% than Apollo.
But somehow liquidity is higher in APL Apollo. The one reason could Apl Apollo is part of BSE 500 whereas Tricoat is part of small cap index. If you look at investor composition in Screener, then you can see presence of Mutual funds for Apl Apollo but not for Tricoat. Also currently APL Apollo is in ASM-1 where as I do not see Tricoat in ASM from bse site (it was in ASM sometime back). I have strong confidence in integrity of promotors and hopeful of merger going through by end of financial year ( in 1:1 ratio). If story plays out as it seen today then I do not see a reason behind buying APL Apollo over Tricoat

One reason for gap of 7-8pct could be that after merger apollo tricoat wont be trading for 2-3 months until the merger is completed, so whoever owns tricoat wont be able to sell for that stipulated time. 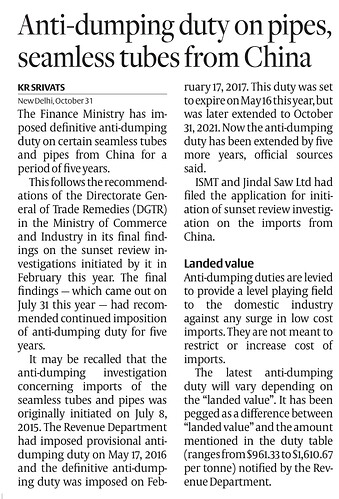 Traveled from Delhi to Mussorie last weekend. Was pleasantly surprised to witness the aggressive marketing - there is an APL billboard every few kms and ads on traffic barricades at various restaurant pit stops. + Happened to stay at a Villa, which has installed APL’s color coated roof 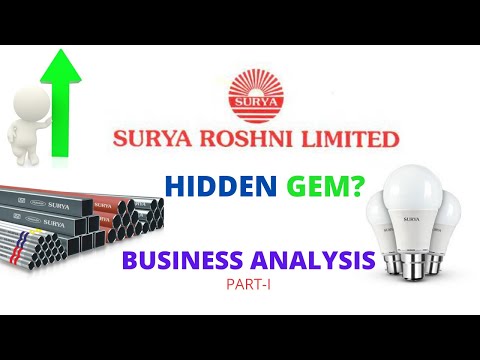 Video is business analysis of Surya Roshni but good explanation on entire steel pipes industry in this video. 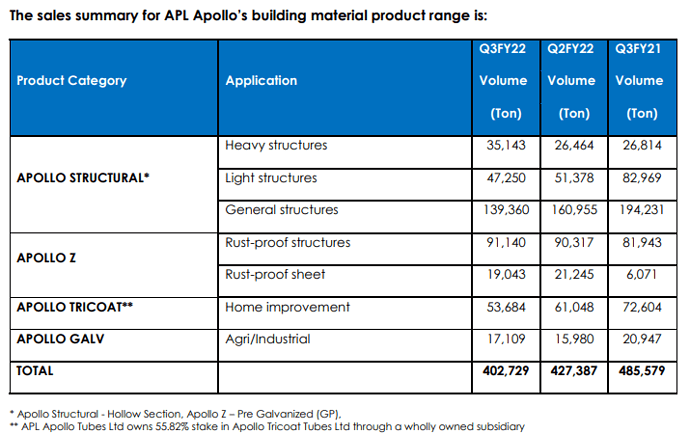 Innovation:
When APL Apollo entered the market, instead of following the prevailing trend, it transformed the entire scenario, by introducing square and rectangular pipes which have a better load bearing capacity, even for huge structures, and replacing the conventional steel products.

APL Apollo has been leading the change in the Steel Tubes and Pipes manufacturing sector with its revolutionary products; it is now the largest producer of... 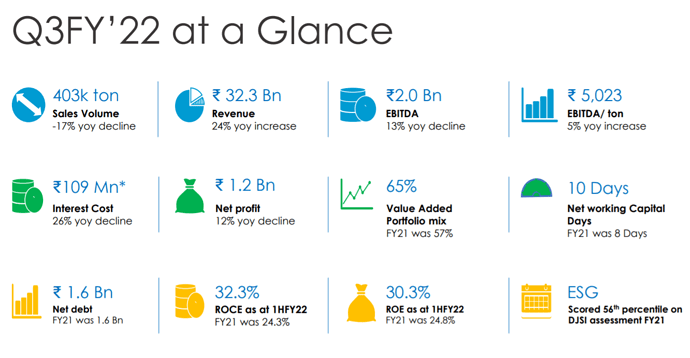 Wanted to revisit the latest numbers in light of ~20% correction since the announcement of the result.

Will this turn out to be a value trap in times to come?

I am currently studying the stock wih tracking position…just studying to understand if its a value trap now. One post I also read in between from the thread starter , who has been an Investor from 2014 that since its a market leader now, it will grow with the market at best and hence de-rating will happen…I am also of the same view…But Sanjay Gupta, The promoter keeps on showing rosy picture that major construction…conventional RCC will get replaced by structural tubes…with that it seems , the journey just started…can you please throw some light on these issues??

conventional RCC will get replaced by structural tubes

See, I don’t think its possible to replace every RCC structure with a steel structure, there are many design challenges to do that.

As a structural engineer I have to take responsibility of stability of the structure, and I can take that only if I have significant confidence on my analysis and design.

For me, RCC gives more flexibility for designing, its economical, has more durability and requires low maintenance. It’s difficult for me to replace every RCC element with steel.

In my view, a better replacement is pre-engineered building, which reduces time required to construct a structure.

completely agree with you. RCC provides flexibility compared to stell tubes. If that is the case then the future of Structural Tubes is not very optimistic as it is quoted by promoters. So going forward, what are the growth trajectory of APL apollo? Will it depend on other business vertical expansion instead of Structural applications?

New initiatives will always take time for acceptance, It has to go through the process is ignorance, denial and ultimately acceptance. Not saying if it will/won’t happen for APL. One has to study the industry and take call
113-02.pdf (nipponsteel.com)
Sanjay was mentioning about visit by Japanese and lauding on variety of offerings

Bharat Shah: So you mean to say that we have a complete range of Rs. 2,000 to Rs.20,000 per ton profit, as
the market evolves, as the demand emerges, we will also catalyze and support the market and
profit and margin, etc. will become an outcome of that.
Sanjay Gupta: Yes, Mr. Bharat I can only guarantee one thing that APL Apollo’s product basket is there, you
will not find a single company as such in the whole world who will have such a product
basket. Lot of Japanese players came to me, lot of American players came to me, chines
players came, every person saluted my company and went that it is impossible to prepare such
a product basket in India.

I guess if someone like Bharat Shah is closely following the business , it merits a detailed study.

Looks like APL Apollo bought around 75Cr worth Shares from Shankara Building Promoter. Not sure if it is worth buying lesser performing company shares. Also APL Apollo need a controlling stake to achieve Synergy (assuming that was APL Apollo strategy).

The shares were bought from promoter Sukumar Srinivas at Rs 755 per share.

That’s a great news. Yet to go into the details. However, I think having access to a large distribution channel of Shankara helps APL to become a B2C player faster.

Interesting deal to watch out for!!

Disc: Invested over the last 3 years.

APL Apollo has old relationship with Shankara. Maybe they know something we don’t know about Shankara. 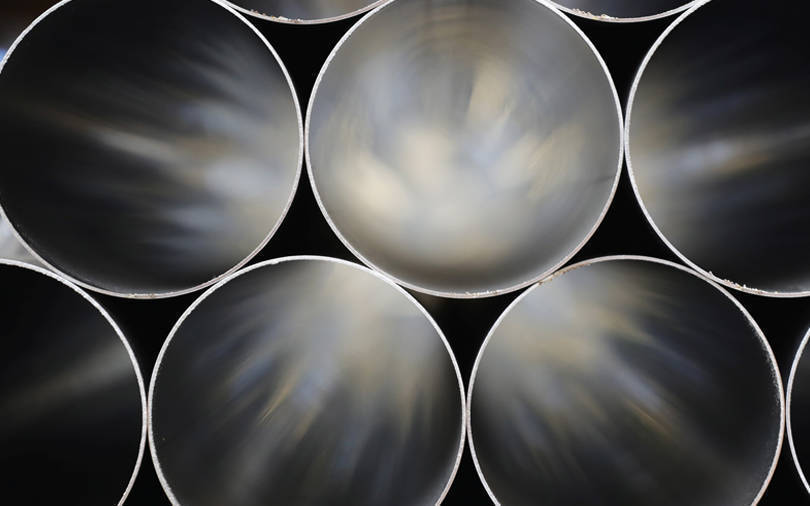 India’s first closed steel door and window frames “Apollo Chaukhat” is another ground-breaking creation of APL Apollo, in sync with its vision of providing quality and innovative products to its valued customers.

It is based on trusted and dependable Italian technology. Emerging as a perfect choice for doors and windows, “Apollo Chaukhat” is a class apart in its segment. It is synonymous with strength, durability and world-class quality. How does the price of Steel Frame windows compare to Aluminum ones like Finesta windows. I think price and durability will be the factors that will determine the success of the product. 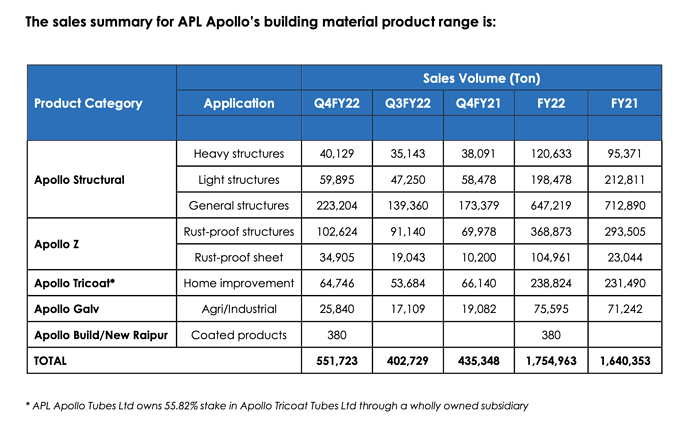