Disclosure: Have been investing since last 2 years and continue to add on dips.

Company: This was an subsidiary later acquired by Conagra Foods USA. They hold close to 51% in the company.

Risks:
Conagra not doing well and some restructuring going on
All conagra brands may not find favour with Indian taste

Financials: One can look at details on www.atfoods.com .
At current price it trades at PE of 38 and MCap of 1400 cr
Price to Sales : 2 times
Topline and bottomline have been erratic due to change in product profile, new product launches, Ad expenses, tax rate changes etc.

This is not for folks who are capable of chasing 25%+ opportunities every year.(I know there many on this forum) It is more for laid back investors who lack capability of analyzing Q financials threadbare( like me ) and who don’t mind lower returns during the journey as long as they can hold it for a decade for decent returns.

I used to be a shareholder in this company and I sold out in frustration. Post FY12 there is hardly any growth. Edible oil (Sundrop) business is declining/ not growing due to competition from Saffola and Fortune.

Act II Popcorn and Peanut Butter are growing, but at a slower than expected pace. They launched a ready to eat product and dessert which never took off. Now they have launched Nachos which is another crowded category.

Conagra acquired Delmonte Foods globally but that is a seperate business and is not included in Agro Tech Foods.

Overall Conagra is a great global brand. Unfortunately has not delivered in India. I think even Rakesh Jhunjhunwala holds this stock hoping Conagra does some magic. So more of a thematic stock with poor delivery so far.

I agree @vnktshb . But Sundrop has been holding on to 45% market share and seems to have grown better than Saffola in recent Q. But having said that building a food business needs lots of trials and is a real slow process. I read somewhere it took Nestle more than a decade to make Maggi profitable in India.

But it these concerns are captured in mcap @ 2 times sales.

Having worked in the sector, the following need to be considered :

My view is that stock is still highly overvalued. Investors will sell out eventually when they realize that this is not really a great business.

Thanks Rohan @rr1980 for sharing your perspective.

Even Marico had only two brands - Saffola and Parachute driving their majority of sales and profits.

Key highlights of Conf Call by Capital Mkt
The standalone net sales for Q2 FY16 have increased by 1% to Rs 199.13 crore. The net profit declined by 36% to Rs 5.13 crore.The standalone net sales for H1 FY16 have increased by 1% to Rs 380.52 crore. The net profit declined by 27% to Rs 9.72 crore.For Q2, sundrop oil sales grew 5%, food business by 6% while Crystal oil was down by 17%.Sundrop oil sales grew by 4% for H1. Food business grew by 6%. Crystal oil sales declined by 13%.Food business sales was Rs 89 crore for H1 and the mgmt expects food business to do sales of Rs 180- 200 crore for FY16.Sundrop oil volume for H1 was 7%.ASP behind sundrop oil was Rs 2.8 crore and Food was Rs 16.9 crore for H1.Premium edible oil industry must has seen flat growth for H1.
The mgmt said that it has seen some increase commodity prices in last couple of month, resulting in pressure on gross margin in Sundrop oil.
Peanut butter sales was up by 28% to Rs 11 crore for H1. 7-8% volume came from small sachet packets. Big packs also doing well.ACT II performance was disappointing. Sales grew by 5% for H1. ASP spend was low vs H1 FY15. The mgmt expects with distribution expansion, sales will pick up.The mgmt said for instant popcorn it requires to invest in distribution along with ad spend. Ready to eat popcorn is a volume products for which the company need lots of factories. It will become strategic product but not now, as supply chain is not in place and so distribution, but will become next 18 months ahead.
In 1.25 lakh stores ACT II is distributed today. The company is investing in distribution and media for growth of ACT II.ACT II Nachoz is doing well.The company has started rolling out salty peanuts (different products from same raw material which is peanut, procure to make peanut butter) and it’s doing well.Gross margin was under pressure in H1 as manufacturing overheads are significantly high. Hope to see gross margin improve in H2 on manufacturing stabilization.
Interest cost high due to working capital charge. The company is in process of importing corn, which has resulted in increase in borrowing by Rs 85-90 crore.The company’s people on fleet are doing business of Rs 6000 per day, which the company expects to reach Rs 8000 by end of year.Tax rate – 31% expects for FY16.

Key Risk is poor sales growth .3 year Sales CAGR : 2.54 % : 5 Years 3.18% :10 years -2.31%
They will suck your money out in a v polished manner thro’ opportunity loss of capital and when you exit in frustration the stock will go up based on some non earnings trigger

Yes opportunity cost is key risk here. Will hold for 2 years and then take a call.

My view is that stock is still highly overvalued. Investors will sell out eventually when they realize that this is not really a great business.

Disclosure : Not invested(though in general I am bullish on packaged food)

True. I like AgroTech due to long runway it has. If they execute diligently I don’t have sale for at least a decade.

It is difficult to value it based on earnings as they are at peak of investment phase and small size makes earnings real volatile.

@reacher sales have not gone anywhere as they slowly did away with agro trading and have stopped investing in low value add product Crystal leading to sales decline.

@nagpal, yes that is true. Also it has has started incurring higher depreciation from new factories where as full top and bottomline benefits are yet to accrue. Better valuation metrics would be to consider Price to Sales which makes it look cheap .

I was a summer intern with this organization in Finance and Supply chain department. I had to reject an offer from this org, as the culture is pretty laid back. Many internal systems are technologically not strong.

As you all have already mentioned, Sundrop and Popcorns are the major revenue drivers. Most sales of Sundrop comes from Military canteens. Sales promotions are carried out with other retailers to carry of the sales of oil products, throughout the year. Popcorn, the margin they get is very less though i would say i was impressed by the reach of it. They have captured most of the market.

Many other products they wish to sell, but not selling are olive oil, peanut butter etc., these products are introduced way back, yet, no improvement in sales are being seen.

From all this, I was not interested to buy this company, and at current valuation, this looks stretched 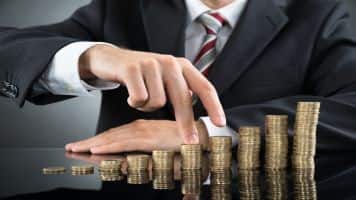 Have you invested in a company that has â€œCapacity to sufferâ€�?

Most investors look at good financial numbers, high dividend payouts and future plans of a company before buying shares. However, rarely people check the capacity to suffer. The article explains how it matters with relevant examples.

AgroTech’s vision is to become the “Best Performing, Most Respected Foods Company” in India.

@IndianBuffet, sunsrop sells all over the place. Peanut butter can be found in most places in large cities.

We should not confess employment opportunities with stock opportunities. Most of us may not like to work for Kaveri seeds, avanti feeds etc but stock has done wonders for investors

@lustkills , completely agree. Mostly that has been my hypothesis.

Focus on the gross margin growth

The company held its conference call for discussing Q4 and FY16 results.

Hi ,
So I was assessing the business growth for agrotech…
i was wondering there product mix does not seems to be used by common public
Like popcorn, Nachoz, Sundrop, pnutz …Even i have never used these products nor i have seen that any of my freind using.

So Just want to understanf through Peter Lynch’s way whether these products really has future prospects in terms of growth.Cos the product mix does not have any moat…

Even i have never used these products nor i have seen that any of my freind using.

Which place do you live? Its pretty common to find all of these products in any kirana stores in any big city. Please don’t judge a stock or company by whether you or your close friends are users of the company’s products. I or my friends have not bought a Ferrari car – does not mean there is no market out there for these cars.

Read the latest concall of the company-

A few takeaways from my side-

2.Second item to monitor closely monitor is the pace of distribution expansion.

If these things pan out smoothly, we ll have a winner on our hands.

Keeping a close watch on these parameters. May initiate a small position as well.

All numbers can mislead as company is in investment phase. They are building factories and distribution network across India.

At 1200 cr there you have a handful of successful brands. There is multi-decade opportunity for this company.