Agriculture is the primary source of livelihood for about 58% of India’s population. It contributes 17% of India’s GDP. Indian food and grocery market is the world’s sixth largest, with retail contributing 70 per cent of the sales.

India is seeing a significant move towards urbanisation. With rise in aspirations, there is a steady migration of young people from rural areas to urban areas. This affects the population engaged in agriculture and also the people dependent on it. In addition, with changing lifestyles and more participation of women in the labour force, food patterns are changing. Increased population and shift from basic food to focus on nutrition is slowly changing the consumption pattern.

The industry can be looked through based on the various components;

Government has multiple initiatives for the agricultural sector considering the strategic nature and also the number of people associated with it. Some of the key initiatives are:

The primary objective of these policies is to retain self-sufficiency in primary commodities, support farmers’ income, and build grain stock for public distribution

Contrary to popular understanding, the 1991 liberalisation completely bypassed the agricultural sector. Agriculture continues to remain one of the most regulated sectors in India. Agri-marketing is one of the weakest links in the system.

APMCs (Agricultural Produce Marketing Committee) have a stranglehold over the entire process of buying farm produce from the farmers. The margins tend to be very high, even to the extent of 60-70%. Farmers were forced by law to sell only through the APMCs. In most states, if they sold their produce outside the APMCs, they would still need to pay the APMC fees.

Government has recently bought in three ordinances to tackle the agri marketing and contract farming aspect of the sector.

‘The Farmers’ Produce Trade and Commerce (Promotion & Facilitation) Ordinance 2020’ aims to decouple agricultural trade from APMCs. Farmers can now sell their produce to anyone without going through an APMC.

‘The Farmers (Empowerment and Protection) Agreement on Price Assurance and Farm Services Ordinance 2020’ has laid the ground for contract farming. Transparent price assurances, embedded in written contracts between farmers and ‘sponsors’ would guarantee protection. A commodity trader, wholesaler or even a food processing company can now enter into a mutually rewarding arrangement, with farmers.

This is likely to unshackle the agri trade and reduce prices for the end consumer but also improve farmer’s incomes by reducing margins from the middleman. For example, the current tax / commission rate in APMCs in Punjab stands at 8.5 per cent.

Food and agribusiness form a $5 trillion global industry that is only getting bigger. As per McKinsey, if current trends continue, by 2050, caloric demand will increase by 70% and crop demand for human consumption and animal feed will increase by at least 100%. 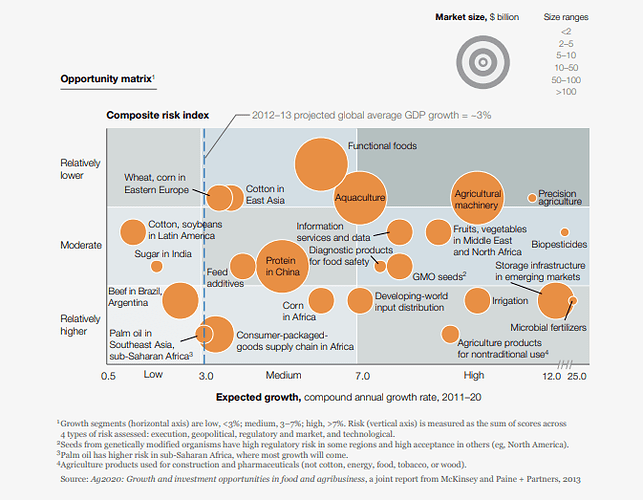 The following observations are based on data available from Euromonitor in 2018:

The world is shifting toward higher protein consumption -

It is a wonderful write up that you have put up here for the entire Agri sector from the global as well as Indian perspective.
What would be really interesting to know is if we see a radical shift in the consumption habits of people out of fear of new diseases spreading through certain types of foods as compared to others. Will this lead to a shift in farming from Inorganic to Organic?
Also now a days lot of people have started moving onto vegan lifestyles and right now the market of Vegan products is quite small but with growing consumption the demand is bound to grow . We see Jain food available in almost all restaurants in Metro cities now and in the same way we may have vegan food available in all restaurants in future. What I am coming to is that the consumption habits are changing and usually the pre production and production is driven on the basis of consumption.

So it would be really interesting to know your thoughts on Organic farming and Vegan food products as a theme and how it will impact the overall agro based sector and if we have any players that are already exploring this space.

I don’t have any in depth knowledge about these things. These are just my thoughts based on what I see on a daily basis. Please ignore it if you feel anything is out of context here.

It is a good thread with a lot of insights in to Agri industry…Appreciate Mr basumallick to initiate a discussion…
Today the biggest challenge facing the world is the " Climate Change/ Global warming"… And the World is going all out to figure out the sources of the Green house Gases such as CO2, CH4 and N20…Carbon dioxide, Methane and Nitrous oxide respectively…
That is why the whole World is taking action on Carbon foot print , minimising usage of fossil fuels such as Coal/ petrol/ diesel and encouraging use of Green /Renewable energy such as Solar / Wind/ Ocean waves / Hydro- electric…usage of Electric vehicle is being encouraged…

The next step which is being seriously looked into is the amount of CO2, CH4, N2O gas emissions associated with different foods and dietary patterns that we human beings consume

In a recent study conducted in Europe, it was found out that there is sharp contrast between climate impacts of plant and animal foods:
For example, it was found that1 kilogram of beef produces 14 times the emissions of whole, protein-rich plant foods like lentils, beans and chickpeas and all plant food.
The entire Europe, USA , Brazil , China the staple diet is Meat…non- vegetarian. It has also been found out that meat as a staple diet in all the 3 meals has led to CV disease…apart from the risk of Virus originating from animal kingdom…

Therefore these countries are taking a target of reducing meat consumption and phase out gradually-… That is why I foresee a gradual shift towards a plant based diet…
A link is attached below on studies conducted on climate impact of various food items:

Climate explained: how the climate impact of beef compares with plant-based...

Food choices make a difference to the climate impact of our diet. Every step towards eating a more plant-based diet results in lower emissions, better population health and reduced healthcare costs. 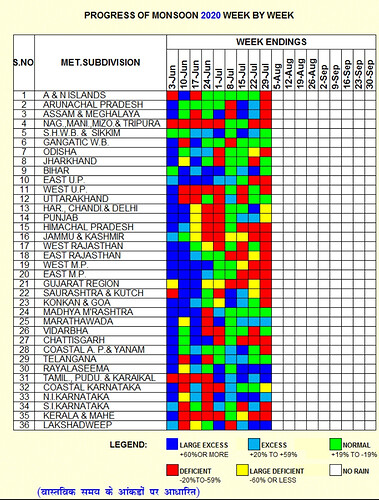 image1080×1422 590 KB
(source:IMD https://mausam.imd.gov.in/imd_latest/contents/rainfall_statistics.php more details are available if someone is interested) 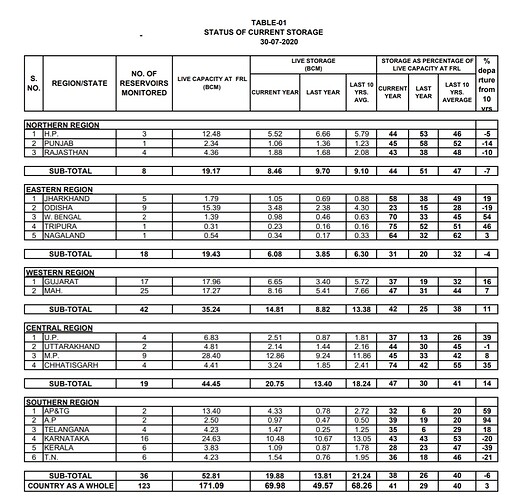 Fertilizer sales in India have maintained momentum through the first half of July, and remain on track to outstrip last year's levels. 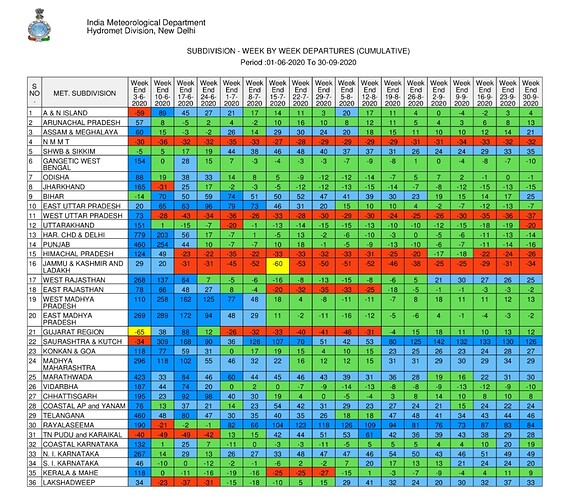 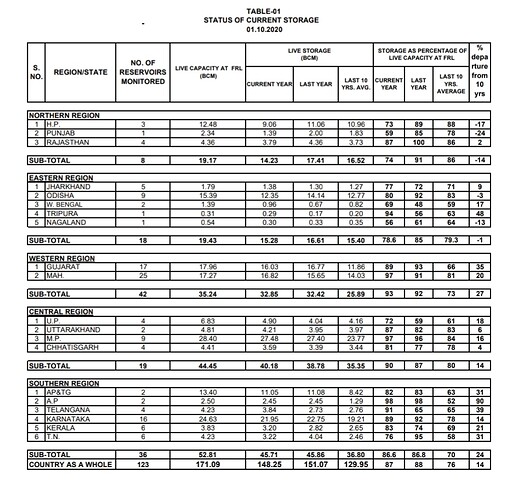 NG is mostly used in urea and Urea prices are fixed. The lowering of NG prices will help govt to reduce the subsidy amount. It may not translate to any increase in volume 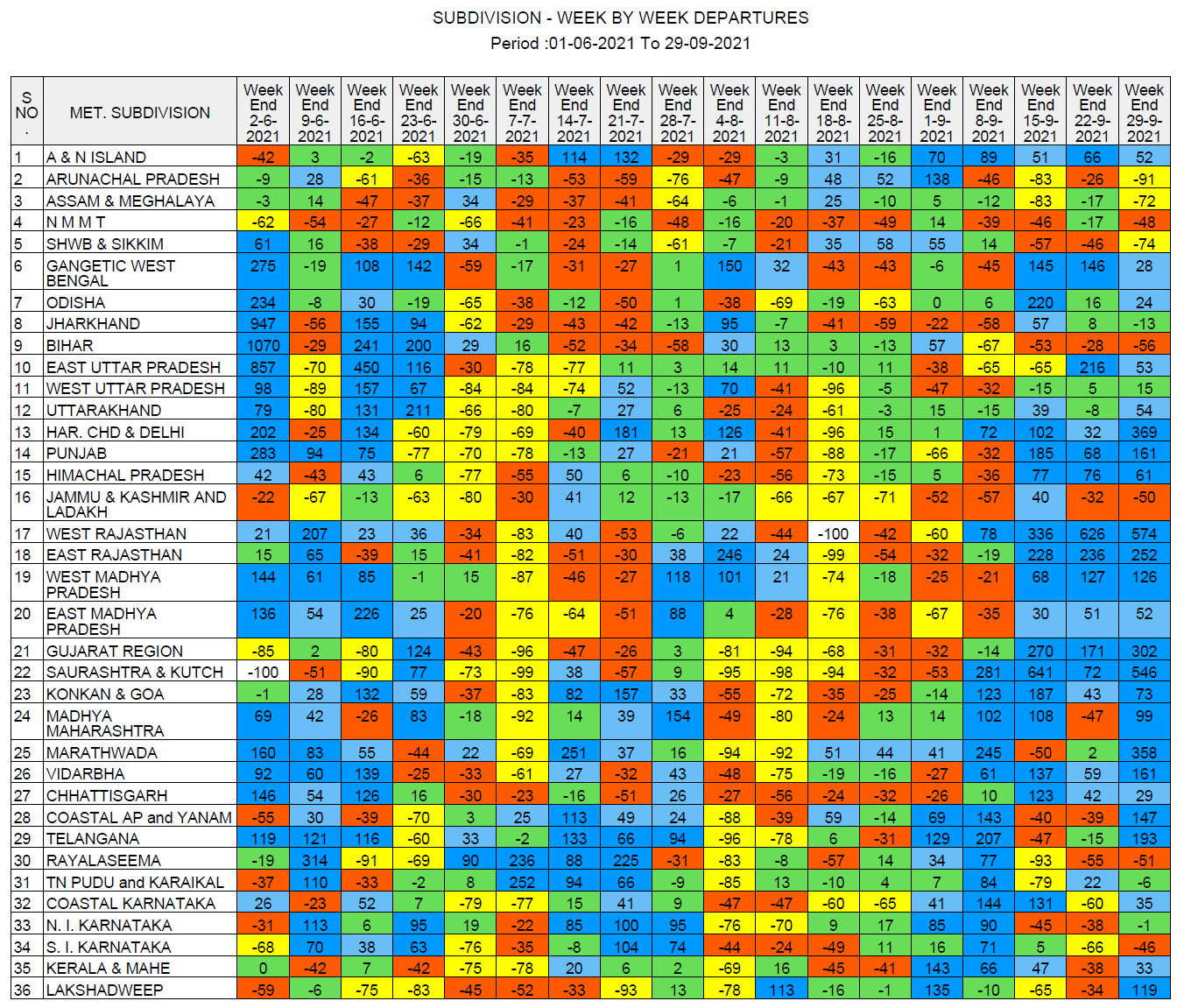 During July the country received slightly below normal rainfall( 94% of LPA) which was further reduced to 76% during August month. During September the country as a whole received excess rainfall (135% of LPA).
Winter monsoon( Northeast) from October to December is expected to be normal. 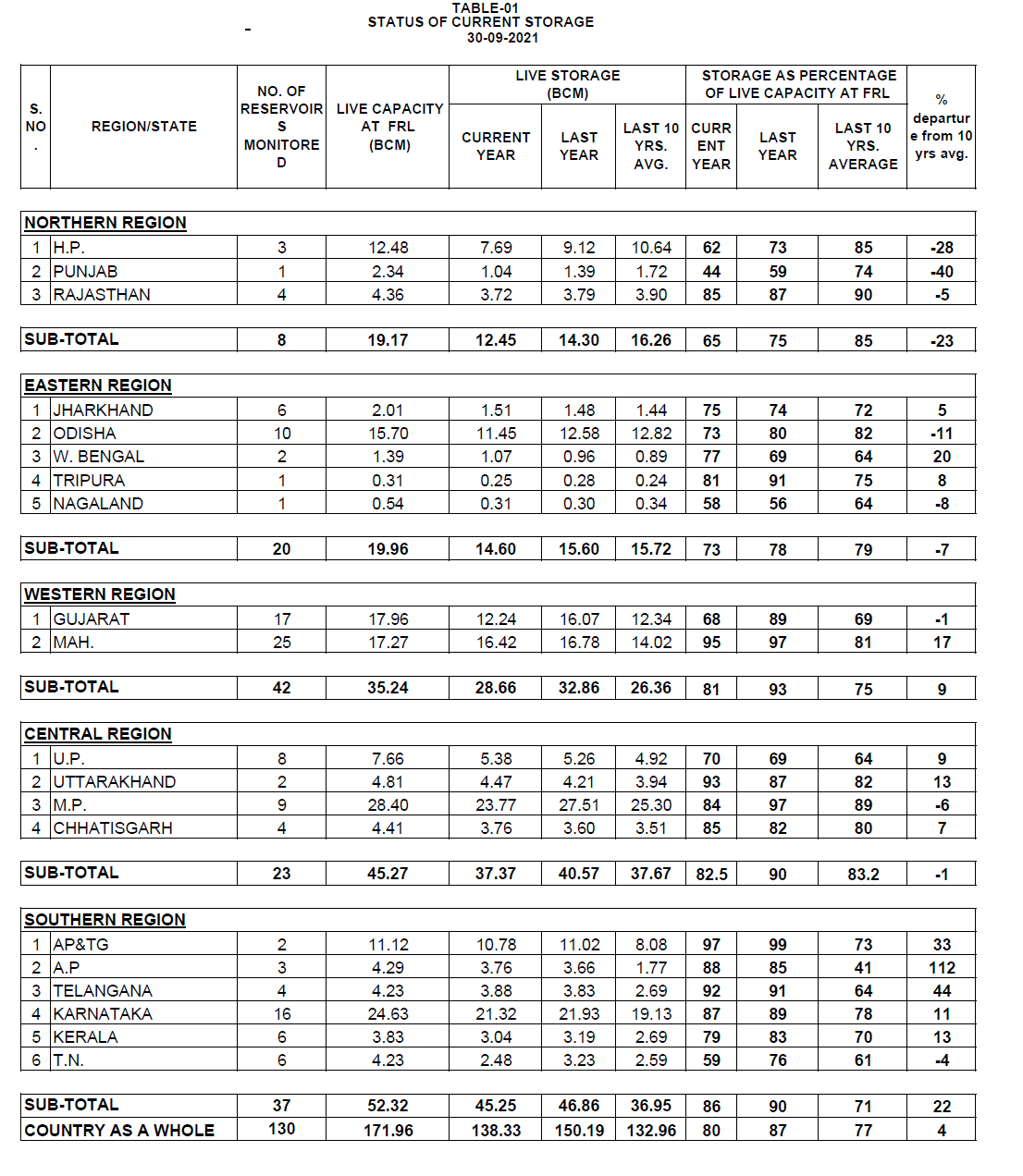