The release of Berkshire Hathaway’s annual letter, written by none other than the Oracle Of Omaha, Warren Buffett, in which he talks about the year gone by for his iconic company, is the most highly anticipated and eagerly awaited event in the investment world. The annual letter for 2017, was released on the 24th of February this year.

Ever since I became an investor, I’ve heard almost everyone in the investing world say that someone who hasn’t read Buffett’s annual letters knows nothing about investing. With this being the first letter released since I turned investor, I didn’t want to miss out, and I read the letter as soon as I got my hands on it. Those people who talked up the letters were right. A close to twenty page letter, had a lesson in investing at almost every turn.

As a special treat, I will now be simplifying and summarizing the important takeaways from this year’s annual letter. There’s a whole lot to go through so lets get started.

Let me start by the saying one little thing about Warren Buffett. The man and his investing methods mirror each other completely. Both of them are evergreen and never grow old, and only get better with age.

Warren started off by saying that due to a recent change in US accounting policy, which required Berkshire to record its final income figures using a different procedure, the bottom line and profit figures of Berkshire would be useless for analytical purposes going forward. He instead urged investors to focus on the Earnings Per Share or EPS of Berkshire’s investments as a measure of performance, and that is the first important lesson to take away. Always focus on EPS as a measure of performance.

He then honestly went on to say that because most decent businesses weren’t available at attractive prices during the year gone by, Berkshire made no new investments and choose to build up its cash base instead. Here, investors can learn that unless good businesses are available at attractive prices, it is always better to wait and build up a cash base for later use at the right time.

He also urged investors to stay away from investing in companies which aggressively merge with, or acquire other companies because, these companies will justify their decisions by whatever means necessary, even though the mergers or acquisitions may not be in the best interest of the shareholders.

He then wisely went on to remind investors, not to be too greedy for handsome returns, and to not take more than the required amount of risk to generate their returns. He in fact said that the less prudence with which others conduct their operations, the more prudence with which, we should conduct our own.

He then went on to say that owning a stock is part ownership of the underlying business and that all stocks, no matter how good or bad the underlying businesses are, will surge and plummet in the short term, but over time, the stocks with the best businesses will inevitably stand out. This is especially true in light of the stellar rally that global equities witnessed in 2017, where almost all stocks went up at a canter. Now, during the volatile times of 2018, investors who chose quality businesses in 2017 are doing better than those that didn’t.

He also urged investors to be self sufficient with respect to funding their financial needs and investment capital, without ever resorting to the use of leverage and debt. Debt is a bane for an investor during an economic downturn, and the absence of debt is a major advantage for an investor during the same period, because he can think more calmly and clearly compared to an investor ridden by debt. Warren himself, for that matter has always stayed well clear of the use of debt, and his track record duly shows that he has invariably outperformed the markets, even during economic downturns.

Warren then emphasised the point that an investor who can, not get caught up in either the positive or negative emotions prevailing in the markets at any given point of time, buy when there is the most amount of pessimism around, wait substantially long enough for the returns to accrue and not overthink decisions will definitely do better than the rest.

Warren also said that for all the wealth he and his company have created since Berkshire’s inception, there have been four spells where Berkshire has suffered considerable losses, with each spell lasting anywhere from a few weeks to a few years. When someone who is regarded as the God of investing can suffer such losses over a considerable duration, I think we mortals must understand the fact that, in the long run there may be times when we do even worse over even longer periods of time, and make peace with it.

He also emphasised the importance of not depending too much on analysing companies in which we want to invest. He said that it is enough for investors to have a basic level of street smartness coupled with an elementary understanding of a few basic business fundamentals.

He finally reminded investors to stick to making investment decisions which were no brainers and did not require a lot thought, as these kinds of decisions would invariably produce the best results, by virtue of the wonderful power of compounding, over time.

I know this piece went on for a bit too long, but summarizing a letter which went on for the best part of 20 pages, and keeping it short, is a near impossible task. Keep these pearls of wisdom from the great man himself in mind, and you will undoubtedly have an edge as an investor and stand head and shoulders above the competition

Hi Akshay excellent written…I request you if you could start to write summaries on all Warren Letter it will be very useful for all your followers. I know this task is little difficult but will benefit to everyone. And I think no summaries is available till on warren letter.

@tanveerstg I am sharing a link here which is a document with highlights from most of the annual letters. Please have a look.

Thanks so much, Akshay.

Thanks @Akshay_Nayak for sharing with everyone

While Warren Buffet’s shareholder letters are widely read and available free on the internet, his speeches delivered at the AGMs are not available anywhere. There is a book which summarizes his speeches at all the AGMs from 1986 to 2016, including the Q & A Sessions. Kindle Edition is available at a throwaway price. Strongly recommended for Buffet fans !

Will there ever be another investing book quite like this? It's unlikely.  University of Berkshire Hathaway is a remarkable retelling of the lessons, wisdom, and investment strategies handed down pers ...

I am sharing another link wich briefs all the letters written to shareholders from 1957 to 2017 along with some videos of latest interviews .
https://medium.com/@ryan_reeves/the-guide-to-becoming-the-worlds-greatest-investor-93ab8a7d72a 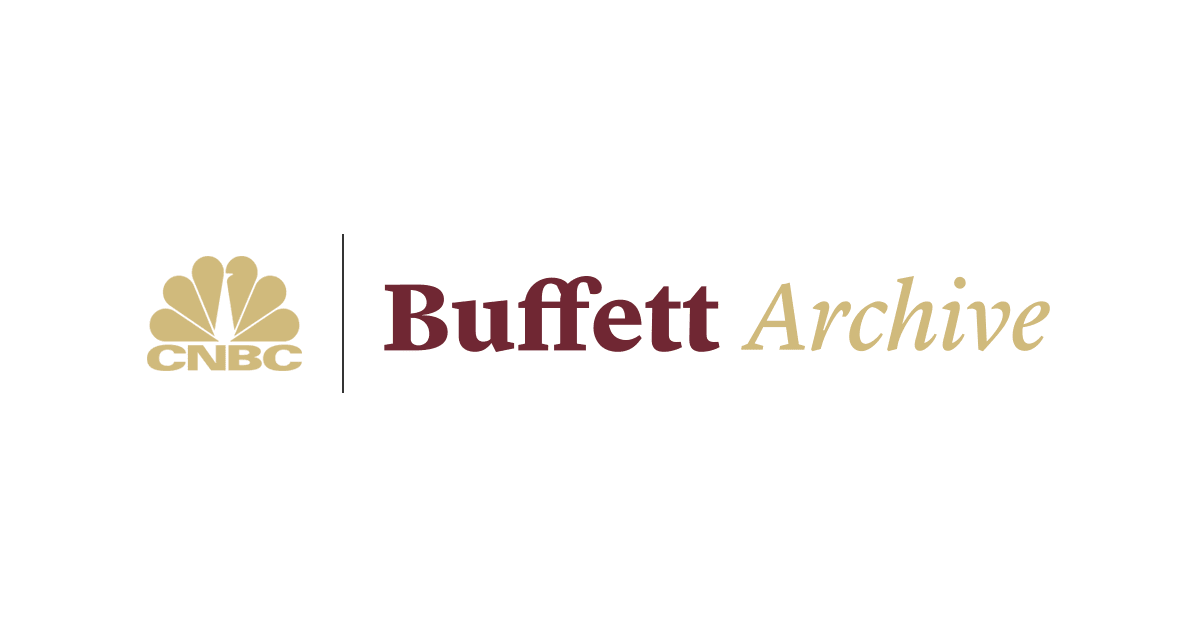 The definitive collection|||Buffett in his own words

The Warren Buffett Archive is the world’s largest collection of Buffett speaking about business, investing, money and life. - 29 full Berkshire Hathaway annual meetings, going back to 1994, with a highlight reel for each year - 140 hours of...