Such random checks are not uncommon in chemicals industry (or any other industry for that matter) - unless there are any major updates (e.g. most of the employees founded affected, or the company doesn’t adhere to recommended safety standards), this should do fine.

Almost a month has passed since the article was published, but no updates yet. Lets see if the news agency / company provide an update soon.

Q1 results out. Sales almost flat yoy at 8.3 crores. PAT up by 40% during the same period fom 1.11 crores to 1.56 crores (led by lower raw material costs and lower interest costs). LTM eps now at 10.8 which at current price of 36.75 means 3.4x p/e and looks cheap. The management has recommended a dividend of 1.5/share (same as last fy; payout has come down to 15%) which is slightly above 4% yield at cmp, offers some downside protection. Continues to look decent but not meant for high allocation in portfolio.

This stock has almost doubled from the last post, when none of us were tracking it. And it is still quoting at PE of 5.6.

The reason I get interested for it, because the valuepick guy give a bokk-profit call without giving any reason.

I feel, we should keep track of these type of small companies with niche, undervaluation and good future potential.

I am not sure if anyone is still following Vikram Thermo. I found this one on one of the custom screener on screener.in.
Regards to the above discussion, I would like to ask if anyone has been able to get in touch with the management. Also, sales figures FY 14-15 has seen a slide. I could not find an apt reason for the same in their AR. Seems to be a decent prospect if we can get hold of few things from the management.

Things to watch out for:
Reason for drop in sales in FY 14-15
Growth prospects
Capex plan
Client list, etc.
Hope you all chip in. Thanks!

I saw the discussion thread today. Would want to add that I read on another forum/ share bazaar app that the company is looking at increasing capacity - drug coat capacity by 2X and DRCoat by 5X.
Does anyone know more on this?

“”"""""
The MDA section in the AR is a formality and does not give any noteworthy information.
Was anyone able to speak to management all this while and can throw some more light?

Its worth reading Dr Malik’s analysis on Vikram Thermo:

I will be attending the AGM on 28th Sep. so anyone who has questions can share it with me on the thread and I will try to take it up at the meeting.

Below are my notes from Vikram Thermo AGM.

-Operating at almost 100% utilization.
-Have taken up capex: liquid 2x and dry 3x
-targeting export markets. No confirmed orders in hand as yet but are working to get approvals.
-looking at 20% growth.
-aromatic chemicals are commodity we can’t pass on the coat immediatly.
-planning for 3-4 exhibitions every year now. Our strategy is aggresive marketing with good brand.
-hired few marketing guys for the export markets.
-on OPM volatility post 2010 mgmt blamed crude price volatility (no clear answer)
-polymer is 500 cr market. Ready mix is bigger…thousands of cr.
-new office for 5 cr. our old office is very small and big clients will not find it appealing.
-targeting unregulated export markets.
-evonik is like big daddy and these tier-I pharma co. want to stay with them.
-our quality is at par with evonik and we are cheaper
-we supply some qty to ipca, cadila, tier-II players of Hyderabad.

Have taken up capex: liquid 2x and dry 3x

In addition to your conversation at AGM, do we have second confirmation source on this news? Has company done any disclosure to stock exchanges, any mention in annual report or conference call etc.?

Anyone still tracking this company? With the recent tailwinds in the sector can anyone relate to the demand of the products?

Hello, anyone still tracking this company ? Just bringing this thread up again for others’ views but ignoring the price action of last 6 months, this could be another indirect way to play the API wave. Could we see partnerships with bigger companies for excipients if the volume numbers for api companies are going to continue ?

Top line seems to be growing and OPM too but not sure if this is sustainable and I’m more looking at this from top line growth perspective.

See many years back it was on @hitesh2710 @Donald and @ayushmit radar.

Any comments would be great!

I am tracking this and fairly impressed.His original product was diphenyl oxide used for thermal transfer from boilers- used in textiles, chemicals,pharma etc.His newer products like drugcoat and polymer coats are doing fairly well and pharma has given a boost to his top and bottomline.
Apparently he was a supplier of diphenyl to Dow chemicals and his origins are from there.
What is most impressive is that two directors have Phds and one of them has his doctorate in polymer coatings.The third director is a engineer by profession. It has zero debt,dividend paying,65% promoter holding. The Rs 6cr additional investment in manufacturing should see his topline grow.
Looking forward to more inputs.I saw a mention that he has 7 .DMFs filed with USFDA.
His coatings for taste masking,moisture protection and regulated release are doing well.

Can someone tracking this company throw some light on recent quarter results and future prospects.

I got the answer from a post of twitter, why June Q rev.is high? It is because the significant decrease in oil price.

Vikram Thermo has had a very decent first half for 20-21. It has done Sales & Profits of 36 crs & 8 crs respectively. The Co. is expected to continue the good form going forward. Even if the margins were to correct slightly, it could still end up with Sales of about 70 crs & Profit after tax of 13-14 crs. The current market cap is about 97 crs & appears to be pretty under valued, given its high operating margins & decent return ratios.

These high return rations are despite a current WIP of about 11 crs. The Co. is in the middle of a major expansion of about 20 crs due to be completed by March 2021. The expansion will take care of capacity increase of both its Diphenyl Oxide as well as its Drug coat businesses. In addition, the Co. is setting up a new Carbomer manufacturing plant. So the next couple of years, should be years of growth for the Co. The mgt. is on record to double Sales & Profits in the next 2-3 years as stated by it MD, Mr. Dhiraj Patel in a recent interview. 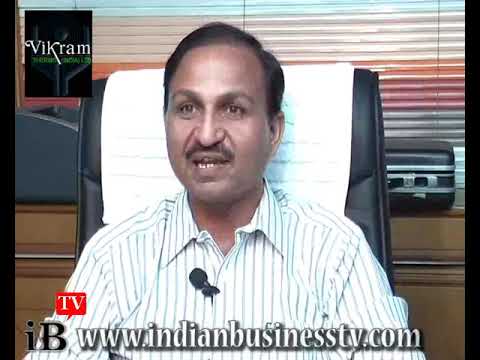 The high operating margins are also a reflection on the research based nature of the Co.'s operations. Both the Chairman & a Director are PhD’s in Polymer chemistry. The Co. has filed a number of DMF’s with the USFDA as shown in the link below.

A German Co. called Evonik is the market leader in this field. A look at its website would give some indication of the potential in terms of new products.

Leading beyond Chemistry. Our 32,000 employees are driven by one idea: No product is so perfect that you can’t improve it. To make that happen, we go beyond chemistry.

Thank you everyone for your kind contribution, in helping understand about the business of the company.
To contribute to a balanced discussion, here are a couple of bearish points, I could come up with.
For me, Vikram Thermo is a company…
1.Where customers pay after 4 months of sales
2.Where for 50-60 Crore sales, we have 10 Directors, 9 with same surname, most with remuneration beyond limits.
3.Where after existence & research since 1985, Company has no unique product
4. Which pays dividend without notice, pays fine on it, still dividend makes no sense (to me)
5. Where limits of remuneration is presented in a funny way, to make look director remuneration is well inside limits.

I have noted my findings in the video below. Hope it is helpful.