• The main highlight of the meeting was more details on the sale/ franchising of popular brands. They disclosed some numbers but will give the final details once the deal is consummated end of September 2022. I have used their disclosures and my guesstimates to work out the proforma impact on various lines – volumes, net sales, EBITDA, PAT, ROCE.
• The detail entails selling down 65% of popular volumes and 50% of popular sales. The remaining popular portfolio of brands such as McDowell’s or Director’s Special remains with UNSP.
• Post the deal, the total volumes will decline from 79mn cases to 56mn cases. The share of premium/ prestige volumes will go up to 75% from 50%.
• A total of Rs13,000mn sales and Rs1950mn EBITDA will be going away driving a 14% net sales and 13% EBITDA decline (FY22 proforma). Surprisingly, the EBITDA margins on these divested sales are a chunky 15% versus my earlier estimate of a much lower number. Management clarified that the actual margin of these brands is 10-11% only but gets bumped up due to the franchise income on select brands which flows straight to EBITDA. Also, these brands do not have any A&P support. Note that anyone wanting to grow these brands would have to invest in A&P; they were not growing volumes last several years.
• The buyer Inbrew will pay Rs8300mn upfront for buying outright 32 brands for UNSP. This cash will come through upfront post-deal closure. For another 11 brands, Inbrew has licensed them for five years with two options at their disposal at the end of five years 1) extend the agreement to perpetuity and keep paying royalties to UNSP 2) buy the license for Rs13,000mn from UNSP at the end of five years and take full ownership of brands. In either case – the capital investment including working capital, manufacturing, and employees will move from UNSP to Inbrew.
• To standardize and simplify the economics of the transaction – I assumed that Inbrew exercises the call option and then discounted the Rs 13,0000mn to today to arrive at the total deal value including the Rs8300mn slump sale. I assume that UNSP books other income on this deal value in exchange for giving up the corresponding EBITDA. Note that even if Inbrew does not take the call option – UNSP will earn interest on the cash from slump sale and royalties from Inbrew on their licensed brands.
• My conclusion is that while the EBITDA impact is negative 13%, the PAT impact is low single digits at best. Post the sale – UNSP will be a leaner organization with management able to focus on their premium portfolio which anyway has been growing double digits with consistent margin improvement. UNSP has maintained its medium-term guidance of double-digit growth and mid to high teens EBITDA margins.
• Overall, I am not too concerned about this as the medium-term business rationale and economics make sense to me. There are however few things to keep in my from a near term perspective:
o There will be uncertainty on the financials for FY23 and FY24 from this divesture. Optically FY23 would show sales and an EBITDA decline versus FY22. Likewise FY24 since 1HFY23 would carry the popular sales and EBITDA. From a sales and EBITDA growth basis, numbers would look clean only for FY25. Also at the PAT level – UNSP management said that royalties may be lower in the first two years and increase over time – this to give Inbrew the chance to invest and grow the acquired brands. This implies that PAT level impact could also be slightly higher in FY22/23.
o A certain section of the street is still not convinced of the need to sell a 15% margin business in a category that is significantly underpenetrated in India. Their concern is that UNSP won’t be able to recruit customers at the base and then premiumise them. This will make people bearish for some time unless it’s clear that UNSP’s Prestige segment continues to grow at double digits after this deal as well.
o Some headwinds are emerging from a gross margin perspective – glass, ENA, PET, and paper are all seeing double-digit inflation and will hurt the next couple of quarters. UNSP has engaged with states and secured pricing in three states but overall they do not expect more than a low single-digit hike for FY23. That is not sufficient although they will look to offset that with productivity gains and mix impact (flexed this lever well in the past). However, next year we might have some margin headwinds.

A certain section of the street is still not convinced of the need to sell a 15% margin business in a category that is significantly underpenetrated in India.

As usual, nice write up from you! Always good to read your thoughts…

As you yourself mentioned above, should we consider this part of business as 15% or 10%?

In my opinion, this concern is not significant to me and unrelated. Unlike sectors such as automobiles where a Ford/Maruti lover looks to premiumise within same brand (some section of customers), premium liquor are brands in their own individual sense…a Blue label etc. is a brand in itself…its not that a person having Diageo’s Black & White would aspire for a Blue label (he may aspire for Glenfiddich or something else instead as per his/her perception of brand and brand profile)…and vice-versa for any other company products…

I think, after acquisition by Diageo and initial stabilization of United Spirits, the decision taken maybe more in line with global ambitions of Diageo and which brand Diageo would like to keep and not United Spirits India to fulfill those ambitions & business strategy… 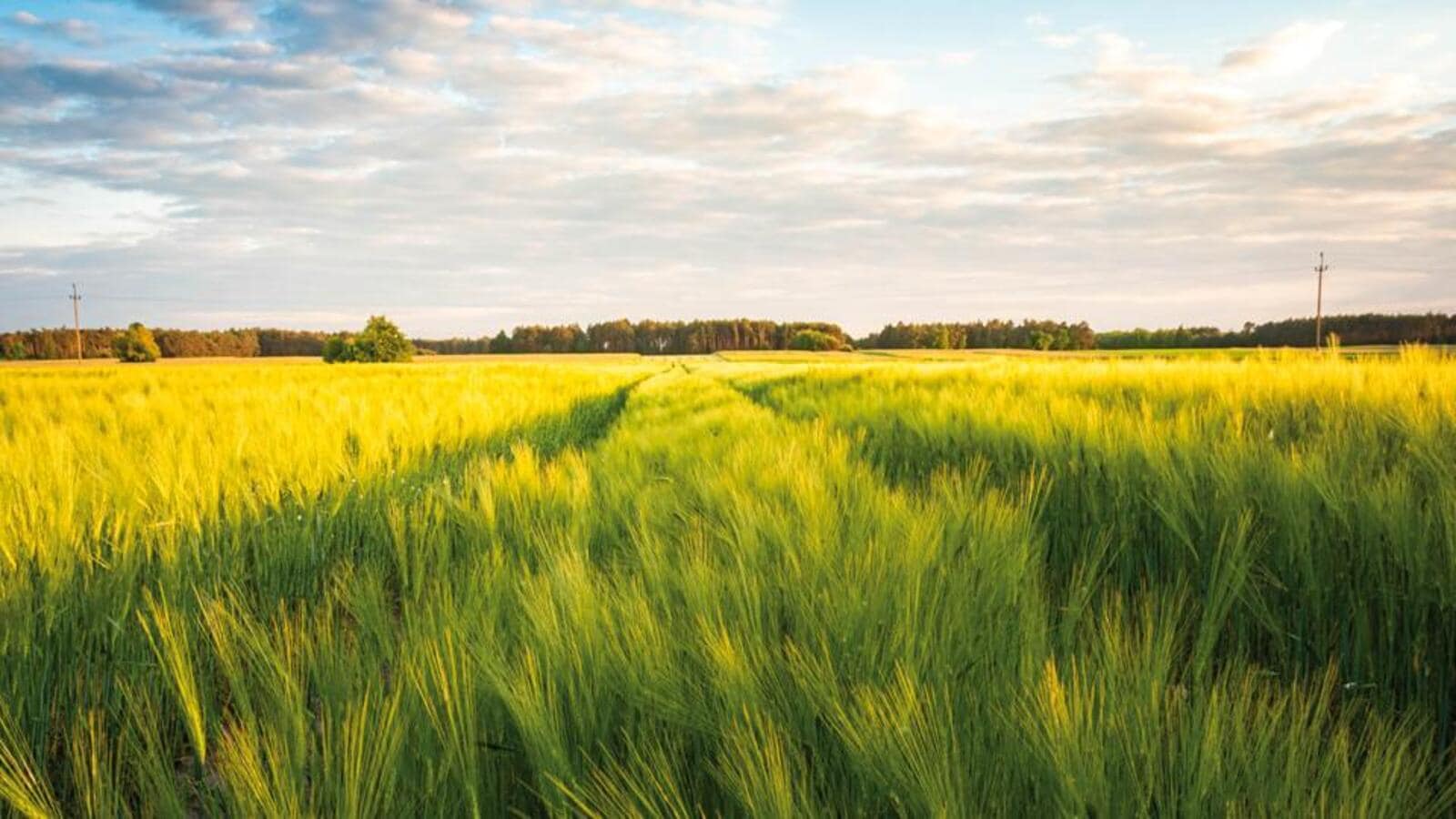 Never mind Scotland, what about Rajasthan? New high quality Indian craft whiskies are creating a new segment in the market

one of subsidiary of United Spirits which owns RCB IPL team. With recent transaction on IPL teams and a new Lucknow team valued at over 7,000 Cr

Mr. Goenka is expecting its valuation to reach at least 10,000 cr in next 3-5 years and has mentioned that the time for sports market as a business to boom in India/Asia has finally arrived. Also, various big groups like kotak/Adani and global groups had bid for over 5,000 cr valuations…what does this mean for united Spirits overall valuation as I see a 10,000 cr valuation of RCB for eg. would mean 15% of current overall mcap of United spirits and that is significant!

Also, anyone aware on long term vision of United spirits/Diageo over this IPL team ownership

Do we as shareholders of United spirits should keep track of this aspect of IPL team ownership as well from now on or it is insignificant?

I was unable to find complete answers to queries I had in mind last year…with IPL auctions generating massive revenues this year, United Spirits’ subsidiary is set to receive approx. 3000cr as just the share of auction revenue. That’s a decent number for even company of this size. I don’t know what they would do with this cash but assume the subsidiary would use it on IPL only…

If anyone has any thoughts would be great to know…

With IPL auctions massive growth, this piece of United Spirits looks even more interesting to me…but does it actually move any needle or would it in future, I don’t know…thoughts welcome.

Disc: Invested & Biased. Not a buy/sell recommendation. Not eligible for any advice, still learning.

In one of the concall they clearly stated that RCB IPL team is core to their strategy. I think these questions on utilizing cash will get cleared in the next concall.

Thanks, Was it after the new CEO came or before? I believe that IPL generates cash but is also a capital intensive business as IPL team needs to invest in both players & building its brand as well…so assuming that the cash would be completely utilized by the subsidiary for IPL only…There may be future chances of demerging/IPO of this piece though as it grows bigger…

It was after Hina came in. I could not find it in the concal transcripts. Lets just wait and hear from the management on the cash part.