@Investor_No_1 - Investors do have option to not participate in de-list process right? May be we may not get the disclosures as in a listed company.

Yes, investors have that option. Only issue is liquidity and forum to sell when we actually want to sell as the company is delisted and not available to trade in normal exchanges. 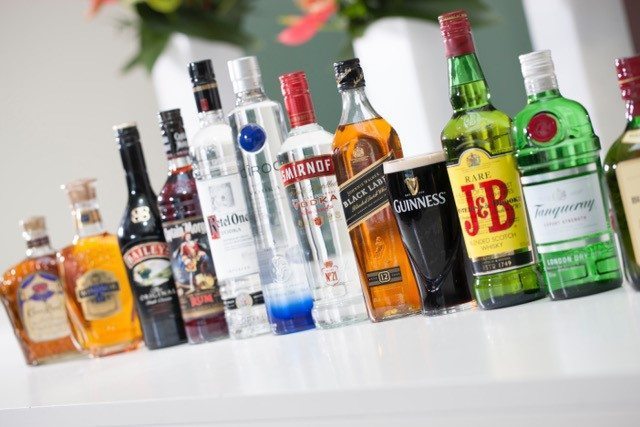 Diageo, the world's largest premium drinks group, is reportedly planning to delist its Indian division, United Spirits (USL), by buying out minority shareholders in a deal that could be worth about £2 billion.

There is an old saying - “There is no smoke without fire”. While they may say no plans to delist now, but its hard to trust MNC foreign management unless we have a long history of them like say HUL. The prices did not shoot up much after delisting news yesterday and today so the knee jerk should be limited.

Although, I still like the story but this delisting saga brought an alltogether new angle from which I will look stocks from now on.

The prices did not shoot up much after delisting news yesterday and today so the knee jerk should be limited.

There can be multiple triggers last week for price shoot up than delisting. Although we do not discuss price here but since you mentioned I feel the price spurt was more because of opening up of liquor stores in some states and later on the approval for home delivery in some states. Home delivery is a big step foreward in the journey of this industry. With availability in grocery stores, like in West, and home delivery - it will become more of a lifestyle product. I can go more details on why this is a big step ahead. I think we cannot predict prices and I will refrain from doing it. I will accept whatever happens and will be happy if it falls to march 23 lows again and even lower and I think so would be Diageo UK

Those who are want to invest in USL should track Pioneer Distilleries.

There is an arbitrage of about 10% as per the latest prices.

10 shares of USL will be issued for every 47 shares in PDL.

Only caveat is the risk of the merger scheme not getting approved by the authorities or getting called off by USL(extremely unlikely but nonetheless it is a risk).

This was announced in Dec.Is the record date decided yet??

It still needs to get approvals from exchanges,SEBI,CCI,Shareholders & Creditors,NCLT etc,it will take 12-18 months from inception.

There can be multiple triggers last week for price shoot up than delisting. Although we do not discuss price here but since you mentioned I feel the price spurt was more because of opening up of liquor stores in some states and later on the approval for home delivery in some states.

As expected, today’s price movement clearly suggests why United spirits gained last week. It was not because of delisting news but rather other positive things happening for it. Delisting could still be on cards, but whatever maybe the case, for long term, this company currently ticks many boxes.
Disc. This is not a buy sell advice. This is purely my thoughts on business and particularly a foreign owned management in this industry. I hold United spirits so views may be biased

@suru27 and @Investor_No_1, Thank you for the wonderful thread. How do you see UBL against USL in terms of purely a growth perspective? I know its like comparing Apples to Oranges, but I believe that the rate of growth of Beer consumption in India would be much higher than liquor in this decade - given the rise in Craft Beer Industry, this is more of a lifestyle change. From a valuations perspective USL seems to be really good at these price points but I wanted to understand your thoughts on UBL to get a comparison on these two companies.

suru27 and @Investor_No_1, Thank you for the wonderful thread. How do you see UBL against USL in terms of purely a growth perspective? I know its like comparing Apples to Oranges, but I believe that the rate of growth of Beer consumption in India would be much higher than liquor in this decade - given the rise in Craft Beer Industry, this is more of a lifestyle change. From a valuations perspective USL seems to be really good at these price points but I wanted to understand your thoughts on UBL to get a comparison on these two companies.

Few things I would add here - one, I would not pitch a UB against a US, rather they would go hand in hand. Second, US is a play on premiumisation, turn to responsible drinking and better availability like west. The same holds true for UB as well. The scope of premiumisation may be a little greater in US than UB but as you rightly pointed out with craft beers, this scope exists pretty much for UB as well. Thirdly, craft beer popularity can work both in favour as well as against UB as scope for competetor eating existing players market share and chances of disruption increase. Moreover with so many new players in beer, sometimes I think on the entry barrier perspective of new players as well. Bira became a super hit in short time. Fourthly, the runway, growth and scope for maturity of market, consumers exist for both US and UB and both are expensive stocks as well. It would be good if someone can provide insights on the consumption patterns of both US and UB from perspective of point of sale in restaurants, shops etc. As I am not aware of that aspect and think it’s a good point to analyse as well.
Disc. Invested in US. Hold tracking position in UB

Agree… With the views

We cannot compare apples to oranges and so USL and United Breweries are not comparable.

Both of them are under-peneterated segments and they have lot to grow atleast in indian market.

There is one thing I would like to state here from my own experience that United Spirits has a USP in terms of its premium segment and barrier to entry for that segment as well as coming up to brand equity is really a long way for any company. Except Pernod Ricard at this point I can’t think of any company which can compete against United Spirits in terms of premiumisation and brand varieties as well…

My views may be biased as I am invested in USL and I know few in hotel business, sample there being limited. There was a time when me and my friends used to have only Kingfisher and now I hardly remember when did I last have it. Its either Buds or Bira. I have found that Bira has completely disrupted the beer market with its wheat beer whxih were found crafted only in pubs. UB has been awfully late in introducing witbier.

The products which USL has in its portfolio McDowell rum, Vat 69, blackdog and DSP black, Smirnoff has awesome following. Pernod Ricard is there but difficult atleast for the time being to displace them.

Thanks for your valuable inputs. After thinking about this for a while, I agree that once you start consuming craft beers there is no looking back. However, there is a strong moat surrounding the brands of USL.

As a follow up question, I would like to understand the impact of Sugar prices on ENA. From a cursory look in indexmundi, we can see that the Sugar prices have hit a decade low. Does this mean that margins could be stressed for a while and we could be looking at a few grim quarterly numbers in terms of bottom line?

Seriously I don’t know. These things matter if you are looking at short term. These are sin goods and once addicted you can’t give up easily. U may have seen the desperation during lockdown and the ques that followed. Look at broader picture. India is a youngest market in the world and socializing is common these days. A company is selling at 40k cr market cap, having 55% market share, second largest population in the world, 65% pc of population below age of 35, run by a Diageo. What more one wants? Further no states are going to ban liquor as they are already starving for revenue due to the pandemic. But I know many may not agree with me for being too optimistic but I have always invested looking at the macro than getting too much into numbers. Just see that I don’t pay a nestle PE for what I buy.
Pray God that they don’t delist the company!!

Take a example of ITC…cigratte volume never went down historically after raising taxes by so much margins by government.

The biggest differentiator between USL and UBL- purely in terms of an investment is that; UBL is already an efficient business with no debt. USL on the other hand is yet to reach its full efficiencies.

This is largely because Heineken actually took major stake in UBL back in 2008, so they have been overseeing the company for long and UBL was never in a bad state as Heineken was the largest shareholder. USL on the contrast was major owned by Vijay Mallya till 2013-2014, and had a lot of issues like group loans etc. So with Diageo taking over majority stake in 2014-2015, they have been working to clear out those things which has started to show on the numbers, so in totality the delta is there in USL and not UBL.

Over last 4-5 years, after Diageo took over majority stake, they have been working to clean up the company and improve its efficiencies- this is visible in terms of margins. The biggest eye opener is, if one looks at the margins of Pernord vs USL. Pernord’s margins are 2x that of USL. USL is consistently improving its margins and i don’t see why they cannot achieve the same level of efficiencies as that of Pernord over medium term.

Some of the steps undertaken in USL-

Thank you for this information !

@ankush12495
Just wanted to ask you as well people in general here is there a reason why there is no separate thread on UB ? Or do we have one but i cant find it ?

Why is the financial statement numbers very different in Annual Report and Screener, MoneyControl, TickerTape, etc.?

For instance Annual Report and BSE shows Revenue for the year FY2020 as 28,589cr whereas screener shows revenue as 9,325cr.

What am I missing something? Spare me if I miss something very basic.

The sales numbers on Screener are net of Excise Duty.

Post GST, most companies report sales net of excise duty. However, some liquor and tobacco companies still disclose sale on gross basis cause the component of excise duty is higher. We net it off to make the numbers comparable across companies and across years.

Quite often the revenue increases because of increase in excise duty. The gross numbers don’t make much sense in such cases.