I think this is one commodity we can trust

Tea is one of the few agriculture commodities, which has not moved since theBull Runin commodities started some 6 years back, itas high time that the cycle turns in favor of producers the same fundamentals (inflations cost escalation of all input variables have gone up across the spectrum)

Tea Sector (sp. Indian plantations**)**has been in doldrums since last 7-8 years, even though some leaders in the sector have been making reasonable amount of money, sector at large has been an underperformer.

Some companies which a think are screaming buys:Mcleod Russel, Jayshree Tea and Dhunseri Tea.

Being a cyclical sector, I believe we could soon be witnessing an up move in the tea price.

Here I present SWOT analysis for the sector.

Well, tea indeed is a decent commodity for investment. The thing is, it requires a consolidation. With wages raised so steeply after the wage agreement, some inefficient gardens are bound to get closed or taken over. What that will do, is reduce the supply of low quality teas and more importantly, would enable the good quality teas to fetch better and remunerative prices. Already, in this year North Indian auctions, prices are ruling higher by about 20 rupees a kg for CTC/dust. darjeeling and orthdox are likely to fetch better prices than last year. This firming up of prices would accelerate all the more when the supply pressures would emerge.

Coming to companies, I have placed my bet on Goodricke as its almost debt-free, produces good quality teas which fetch quite high prices in the auctions.

How long do you think it would take for tea prices to reflect the increased input costs?

I have been holding Jayshree for 3 years now

Jayshree has promoter related issue as well. While it may claim to be a professionally managed company, the fact remains that its still run in a babu-style. Its nice to be diversified, but you dont diversify through increasing leverage. Diversification suits companies which can afford to lose, something like an ITC, which generates tonnes of profits every quarter so it can afford to take on well-entrenched players and make them lose sleep. So, when you diversify using leverage what happens is that the strong divisions have to give more support than what they can afford to, thereby losing their own strength. At the end of the day, companies should be financially strong. Inorganic growth is alright, but if it comes at the expense of financial strength, then its not desirable at all.

Businesses need to run professionally and not whimsically. Where owners are not passionate and yet they interfere in day to day management, performance becomes a casualty.

Jayshree Tea’s results are excellent. They have really produced a stellar with respect to their tea division.

Anyone tracking Rossell India Ltd., having Five tea estates in Assam in an area of 4000 hectares. In addition to the conventional Tea business company having two more divisions i.e., Aerospace/defense , and Hospitality.

Recently came across this interview from Mr. Vijay Kedia about Lykis, his recently acquired tea company.

Mr. Vijay Kedia is of Atul Auto fame and a professional investor.

Recently came across this interview from Mr. Vijay Kedia about Lykis, his recently acquired tea company.

Mr. Vijay Kedia is of Atul Auto fame and a professional investor.

How do stocks like goodricke and jayshree look from here?

Vivek Sukhani jee if you are listening?

Is McLeod Russel a buy at this price? Profit margins have historically been 15-20% and assuming them to revert to mean on sales of Rs 1850 crore in FY16, the company should generate a net profit of Rs 200 crore plus. Current market cap is about Rs 1900 crore.

Tea prices in India are expected to rise by 15%. Volumes saw a decline in FY15 but that should pick up in FY16, especially exports.

The question is what PE should the stock be trading at?

I recently read in a newspaper report that tea production has declines marginally compared to last year. However, exports are up. Additionally, I checked the auction prices for Team in various districts of Assam (50% of India’s tea production). Through the year till November 2015, they have declined month on month by about 0-10% differing from state to state. The decline appears to be slowing down as we step in November 2015 (details for December and January not available). More details may be found by clinking on the following link

I have been tracking a company called Dhunseri Tea which has estates in various parts of Assam. Inspite of declining tea prices, it has performed resiliently. Tea companies in general have performed decently especially considering falling auction prices as well as rising labour costs. I believe that going forward prices should remain strong and probably rise stepping into 2017 and thus there is a case to invest in these tea companies. This is also corroborated from some new articles that confirm that tea prices in December 2015 are holding steady.

where can i find data about tea over the last 10 years, such as production, auction price, exports etc? Could someone please help me out. Thank you

Due to drought like situation in Kenya , international Tea prices is going up which is a good sign for Indian tea companies. 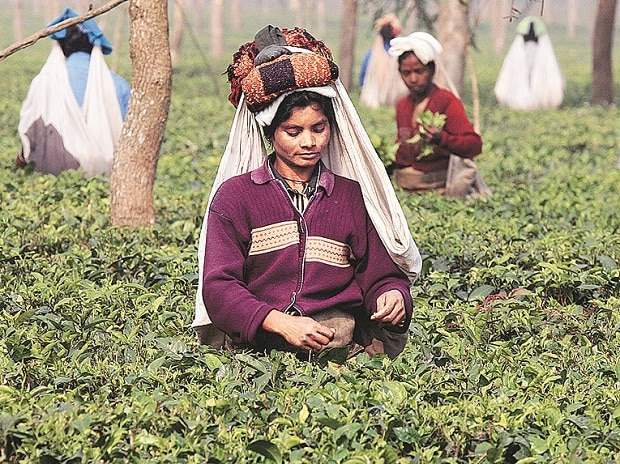 Anyone on the forum checking out the recent decline in McLeod Russel ?
The stock has been drifting down over the past few sessions as the company delayed results and hasn’t booked the exact amount it received after asset sale.

I think it can be an opportunity to buy this stock at good valuation. However, I would like to hear viewpoint of others who have been tracking tea companies.

The chariman of the group BMKhaitan passed away recently. The uncertainty over board reshuffle may be a reason.
Also, watch S Naren’s interview with Ramesh Damani where he says that tea stocks are a great proxy to a real estate play. I dont have the link, you can check on Youtube