Real estate companies in India are very promoter driven and the evolution of the company mirrors the promoter more often than not. Sunteck has had an interesting evolution since they started in early 2000s. Promoter started off by taking a commercial property in BKC for lease and operating as a business centre. Later in 2006 ventured into real estate development, bought a land parcel in BKC for building residences in the uber luxury segment for corporate executives and business clientele. Ticket sizes are 20-30+ crores. The current occupants include Uday Kotak, Gautam Adani, etc. Exploited the arbitrage in pricing between BKC commercial and residential. Residential was trading at 1/3rd the cost per sqft of commercial. Land purchased at ~10k per sqft. And the apartments are being sold now at ~90k per sqft.

This was the company’s only growth engine until they acquired a second piece of land in Oshiwara District Centre, Goregaon. 5-10 min drive from Lokhandwala. 5-10 min drive from Oberoi Garden City, NESCO etc. They’ve been constructing mid-income houses here with ticket sizes of 1-3.5 crores. This has been planned and being developed in multiple phases. This also includes Avenue 5 which is their planned commercial project for retail and commercial use with potential annual rental income of 400+ crores. The third growth engine they’ve now built through the JDA model is in Naigaon, near Vasai under a ~25% share revenue sharing arrangement. They’ve had good success in two phases that have been launched with strong sales velocity ~4k apartments sold out of 4.4k total units.

CURRENT MARKET/INDUSTRY TRENDS
The real estate sector has had a difficult decade in the past and there are indications of some revival driven by end use consumption and better affordability levels. Mumbai, in particular, has seen better demand revival. Affordability is at good levels due to stagnant price levels and rising incomes and low interest rates helping demand for housing after a long lull. 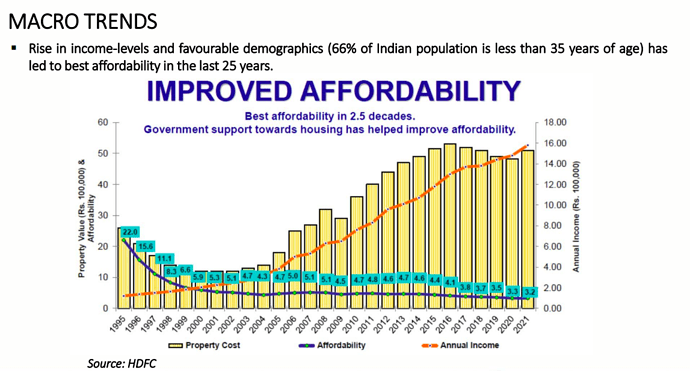 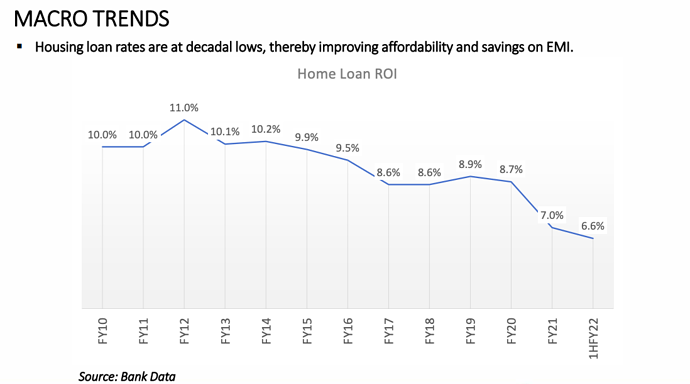 • The company has made a string of acquisitions for development under the JDA model recently in Vasai, Vasind, Borivali, Kalyan, Vashi to act as additional growth engines to BKC, ODC, Naigaon projects.

With further launches and deals, the management commentary is very strong for growth in the coming few years with 700 crs PAT annually albeit on a lumpy basis. 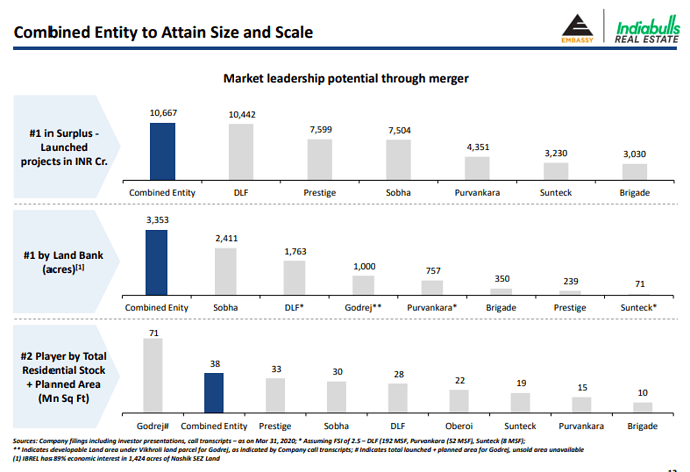 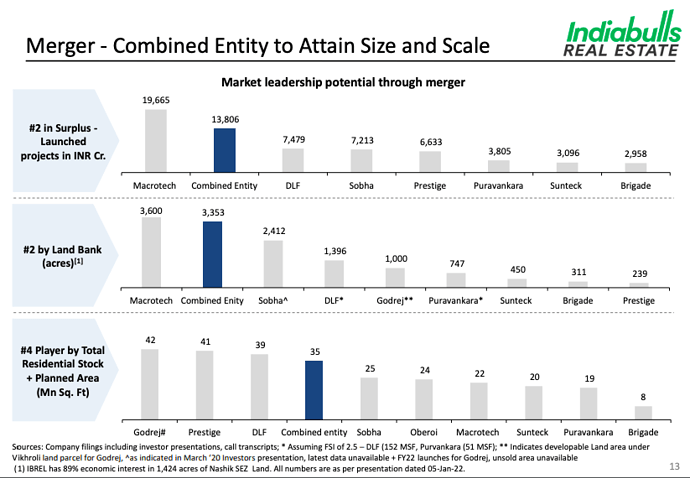 • Demand and Supply in the micro markets of MMR:

• In House Construction: All projects are constructed in-house by Sunteck. Only the labour component is outsourced. For all projects across all the product segments.

• The company has ~1800 crores of inventory left from BKC projects. Out of a total of 220 units, 180 units have been sold and the balance is expected to be liquidated only over the next 3-4 years. The super luxury segment has seen low absorption in BKC with BKC projects contributing very minimal amount to sales in current year.
• There is major dependency on Naigaon and ODC projects right now. ODC handover has been delayed further by a few months as the company is now constructing additional floors with additional FSI they have obtained. Possible delays in new launches could extend this dependency further.
• A lot hinges on the company’s ability to choose the right projects at the right locations with the right customer segment and product. The Naigaon success has led to good credibility among landowners for Sunteck, mismatched projects which sees a very slow response from customers could spoil that sentiment.
• Geographic Concentration: The company is 100% fully focussed in MMR region. Any dampening in the revival of MMR real estate demand could spoil the party for the company.
• RE sector is very micro market driven and the individual projects need to be tracked for the demand and supply in that particular micro market and the competition from other credible branded developers.
• The narrative around consolidation in the RE sector, post RERA and the slump over the past few years could very well be reversed with the tide turning around for the sector. Considering MMR is a redevelopment driven market, it remains to be seen how transient or structural the consolidation of players narrative will be.

• The company operates in an industry with very low barriers to entry. Although RERA has made it difficult for fly by night operators and large landowners developing the land themselves due to requirements of approvals and certain level of progress before the project can be marketed to customers increasing the upfront investment required, the barriers to entry are low with many South based developers entering the lucrative MMR market as well.

The company trades roughly at a FY22 EV/Pre-Sales of 5 times which seems largely inline with the multiples of peers.

Strong quarter from Sunteck, driven by the external environment too. There is more supply expected after the FSI benefits to developers. Will be important to track how the new launches and micro markets perform.