SJVN (Satlaj Jal Vidyut Nigam) Ltd is a PSU in the business of operating hydro electric power plants in HP and neighboring states.

91% of shares are owned by central and HP governments and public float is only 9%.

Company has 3 operating hydro plants and several plants are under various stages of development. 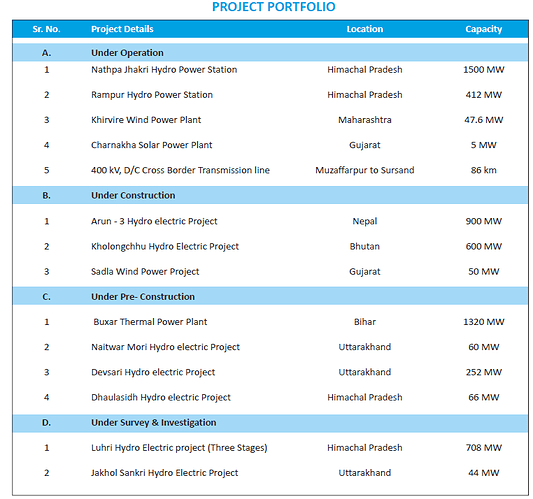 Output of power generated has steadily gone up as plants are commissioned. 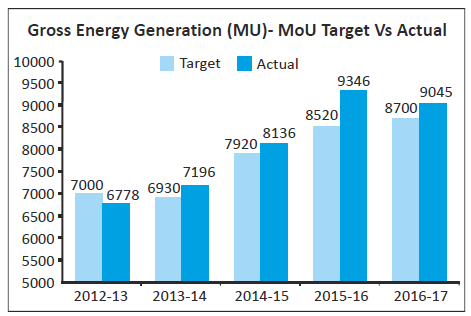 Company is on track to generate more power in FY 18.

Revenues and profits reported by the company over the years are volatile mainly because of delay in CERC approvals of tariff structure. 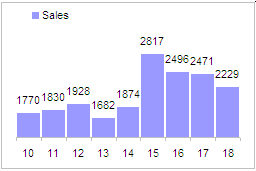 What’s more important is the cash generated from operations. CFO and cash profits are steadily rising. 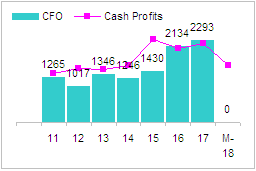 This is because company is actually receiving cash for the power that it sells and it is not being used to bail out cash strapped distribution companies. 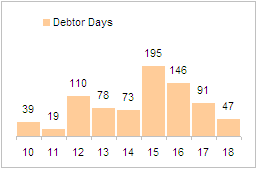 Company has about 1000 Cr debt and 2000 cr cash. Company took debt from World Bank for building the dam. Debt is a low interest rate so company is not paying it down. Instead it is using cash to pay dividends and buyback shares helping the central government lower the fiscal deficit.

Based on dividend yield SJVN looks good but at current price and overvalued index levels it looks it will go in Time Correction.

In FY 18, company bought back 20.68 cr ar 38 rs/share. This should be added to total dividend payout to calculate total payout. Here is a history of total payout for last 13 years

FY 18 numbers do not include expected final dividend.

A buyback is just a substitute for dividend. In fact SJVN has done both buybacks and dividends in FY 18.

I have briefly studied SJVN and NHPC and decided to invest in NHPC.

The problem with Hydro projects is that post initial investment of few thousand crores the project can be struck for environmental approvals, Rehabilitation issues, etc. This is pretty common. NHPC has a project under construction that is stuck for such reasons for few years and 9000 cr has already been invested in the same, Imagine such a large fund invested and project stuck.

I know of a pvt hydro developer (part of S Kumar’s group). They were developing a hydro project in MP and it took close to 20 years to develop the same for similar R&R issues.

So under construction projects carry a significant risk in Hydro projects… In my view, these cannot be assigned any value. Rather, I would assign a negative value owing to incidences like above.

Second, SJVN is developing a large thermal power project. With cost of renewable including solar, wind, hydro being lower than thermal now, it does not makes sense to invest in a thermal project. A number of thermal projects are already under stress either due to lack of PPA, lack of offtake or lack of coal linkage. This was one of the reasons , I gave SJVN a miss.

Totally agree and have seen so many projects being killed by regulatory issues.

Another risk factor for the stock and not for the company, is that the government has to eventually sell down its stake to 75%. So frequent OFS may dampen the share price. NMDC is an example.

Gov is a promoter which has interests much larger than the underlying companies. They have a country to run. Pls think 10 times before investing in gov companies. I have burnt my fingers a lot in PSU banks, even NHPC, PSU oil companies etc. and now have a firewall for Gov companies

No doubt SJVN looks like the best listed gov company and selling at a discount EV/EBITA on a peer comparison and cashflows are exeptional with most of it payed out, concerns on receivables are easing out. A value of a company also takes into account their rate of growth , risk to future cashflows etc… Which does not look very good for them. Their growth is going to come from their Arun 3 project and Khologchhu project which will add a 1500 MW capacity , but even if everything goes well it can take some good many years to complete and get operational. I would say it will look like investing in a high risk high yield bond with some growth in it , if bought at the right price.

Disc: Just a beginner and SJVN forms a miniscule portion of my portfolio since 2015

Tariffs are regulated and have been reduced in FY 2018. Hence the drop in profits in current year.

Please correct me if i am wrong.

I think the figures you are talking about are during IPO time, please see the linked article. Also all PSUs were given extension to comply by this rule till August 2018 (which looks like will still be extended). “Another risk factor for the stock and not for the company, is that the government has to eventually sell down its stake to 75%. So frequent OFS may dampen the share price. NMDC is an example.”

My response was to the above mentioned statement of yours.

Why SJVN has to eventually sell down its stake to 75% ?

Not SJVN, its promoter (GOI) has to pare down its stake to 75% as per the norms for all listed companies by SEBI. Of course they have extended the timeline for this but it has to occur. So we should expect more OFS which generally if not managed well leads to prices falling.

I searched for this rule 19A of SECURITIES CONTRACTS
(REGULATION) RULES, 1957 which states that Minimum Public Shareholding (MPS) is not applicable for PSUs and i have copied the same below :

So i can conclude that govt stake sale in PSUs is only to meet fiscal deficit/disinvestment and not due to SEBI rules.

Looks like initially PSU were exempted and later on bought into the ambit of this rule. From the linked article -

Market regulator Securities and Exchange Board of India (SEBI) had mandated a minimum 25 per cent public float for all listed companies. This was extended to state-owned firms, who were initially given three years to meet the norm.

The government has extended the deadline for listed PSUs to achieve the minimum 25 per cent public shareholding norm by a year to August 2018, a Finance Ministry order said. The deadline has been exte

Thanks for the clarification.

Then there is always a short to medium term risk in the form of OFS for high govt stake PSUs though valuation is compelling in few of them.

Quarterly results for the last 2 quarters are not encouraging

There is decline in Revenue. Price / Earnings ration is more than last 5 year average PE ratio. I am waiting for the next 2 quarters result to check the trend and price movement.

Apparently the government plans to merge SJVN, PFC (and perhaps NHPC too) with NTPC. The government is planning to sell its stake in SJVN Ltd and Power Finance Corporation to NTPC and Rural Electrification Corporation, respectively, with an aim to rein in India’s fiscal deficit

Would the merger of SJVN with NTPC lead to a dilution in focus for SJVN as it is primarily a hydro power company?
Would this be a negative for SJVN shareholders?

Dec’18 quarter has shown some improvement in Sales numbers. Also SJVN has declared dividend of Rs 1.5
Though it is lower than last year the dividend yield is coming out as 5.8% which looks good.