SOIC channel on youtube mentioned they have a catalogue of 20K songs. I am assuming this is all audio

20k audio …how you comepare with saregama?

Let’s hope for the best.

A lot of subjectivity in the accounting so not much confidence in their reporting. A better way to judge this company is by the cash flow.

Good set of results, business seems to be coming back. Here are my notes from their concall.
FY22Q2

Average set of numbers, digital revenues doing well but traditional revenues again hit. Here are my notes from their concall.

What’s impressive that are able fund their OTT business through internal accruals. Other business are firing all cylinders to fund such consistent investment.
What’s stops Shemaroo from producing series for Netflix and all (similar to Tips industry). I just don’t get why management wants to compete with all biggies (OTT)
Why don’t just produce content publish it every where.
Still find it to be very undervalued company

4 channels (sony pal ,star parvah etc) has withdrawn from dd free dish , as per some articles on internet they were getting around 1000 crore of revenue from advertisement , (can some pie shifts to Shemaroo tv?) , Also some news of new Shemaroo channel soon to be on air on dd free dish

Average set of numbers again, key highlight was launch of new TV channel in Hindi GEC space to take advantage of withdrawal of 4 channels from FTA space. Notes below.

Another average set of numbers from the company, company is finding it hard to go beyond 100 cr. of quarterly revenues. Key highlight for me was that their broadcasting business will breakeven this quarter.

Management talks about their B2C pivot, new device launches and some web 3.0 forey. 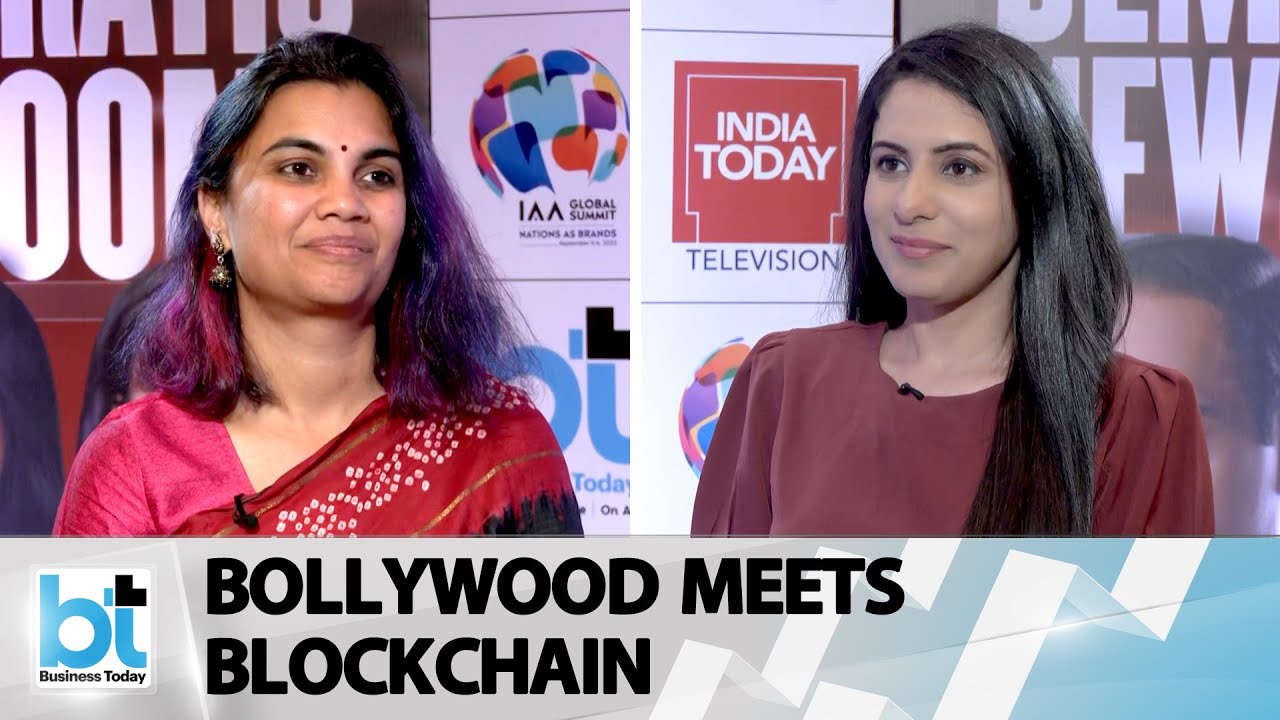 Have been going through the thread and unable to understand why the stock declined after 2018 peak so dramatically and in a way fashion.If someone could help me understand, seems like content can be made more freely with covid restrictions gone and with B2C pivot can be good for the long haul.
Not invested studying for now. 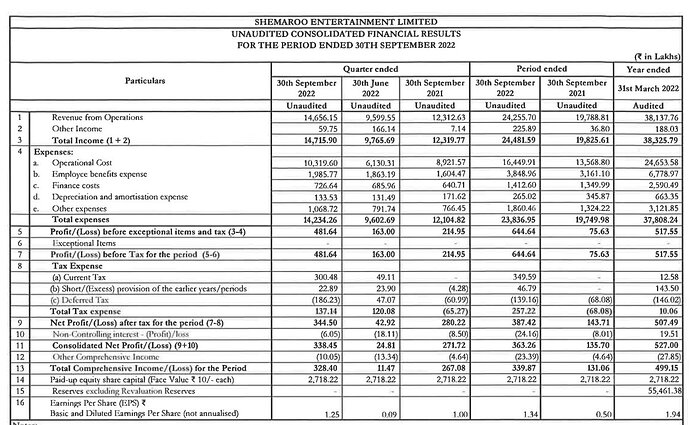 20221019_2111021216×750 205 KB
Big jump in the revenue both YoY & QoQ. Operating profit also increased considerably in percentage terms.
Can’t able to make as to why the sudden jumps in exependitures in 2nd quarter of this financial and last financial year. Is it because of company charging capital expenditure in P&L to avoid taxes? If so, then it seems to be bumper results.
2 Likes
manish100 October 20, 2022, 5:30am #585

There are 2 major conerns. Inventory continues to the tune of Rs 700 Cr. Although, management gievs explanation in every concall, but still it is not clear to me. Second is hugh increase in receivables.
Disclosure: Invested, No transaction in last 30 days.

Reasonable set of nos, growth seems to be coming back which has increased working capital (thus short term debt). Concall notes below. 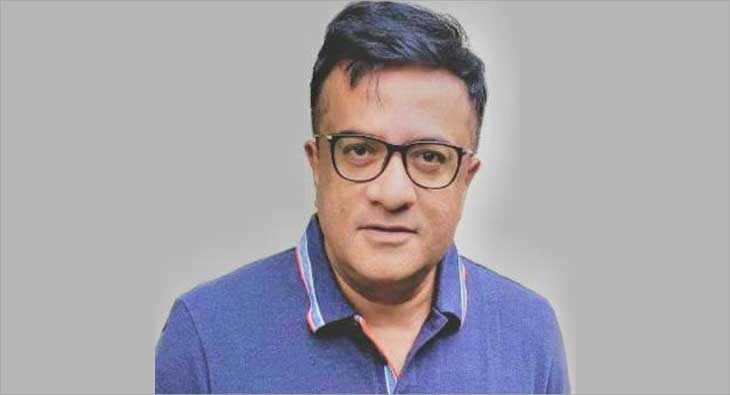 Arghya Chakravarty, who recently joined Shemaroo Entertainment as COO, talks about their game plan to become a consumer-facing company, and more

Is there a worry that the broadcasters might be coming back on the free dish? https://www.exchange4media.com/media-tv-news/big-four-broadcasters-mulling-return-to-dd-free-dish-121687.html

There was a good ramp up in revenues, but higher expenditure on business development meant bad profitability. It was interesting to notice that their Hindi GEC viewership share rose to 10%, given they had only started the broadcasting business in 2020. Notes from call below.

sometimes they sell just because the price is going down. However the underlying fundamental reason was quite obvious before the downmove.