Sharda Cropchem - Can it get into indian market in a bigger way?

The business was the brainchild of Mr. R. V. Bubna, a Chemical Engineer from IIT, Bombay, and with a 45 year experience of working, hands on, in the chemical industry. He together with Mrs. Sharda R. Bubna commenced business operations through their sole proprietorship concerns, namely, M/s. Sharda International in 1987 and M/s. Bubna Enterprises in 1989, respectively (together the “Sole Proprietary Concerns”). Sharda Worldwide Exports Private Limited was formed in 2004. The businesses of the Sole Proprietary Concerns consisting of manufacture and export of dyes, dye intermediates, pesticides, agrochemicals and V-Belts, were transferred to Sharda Worldwide Exports Private Limited with effect from April 1, 2004 on an “as is and where is basis”.

Today, the Company is a fast growing global agrochemicals company with leadership position in the generic crop protection chemicals industry. It has made deep inroads in the highly developed European and US markets which are characterized as high entry barrier markets. It also has a significant presence in other regulated markets such as LATAM and Rest of the World.

The Company has an asset-light business model whereby it focuses on identifying generic molecules, preparing dossiers, seeking registrations, marketing and distributing formulations through third party distributors or it’s own sales force. The Company’s core competence lies in developing product Dossiers and seeking product registrations in different countries. The Company not only has an extensive distribution network of third party distributors but has also setup its own sales force in various countries in Europe and in Mexico, Colombia, South Afirca and India. The Company’s strategy of sourcing through a global network of suppliers provides it with flexibility and nimbleness.

The company is capable of providing a wide bouquet of products to its customers. Its product portfolio in agrochemical business comprises of formulations and generic active ingredients in fungicide, herbicide and insecticide segments for protecting different kind of crops as well as serves turf and specialty markets and in biocide segment as disinfectants thereby allowing us to offer varied range of formulations and generic active ingredients.

The product portfolio in non-agrochemical business comprises of Belts, general chemicals, dyes and dye intermediates which enables the Company to cater to varied demands.

I see that you have initiated about 4 ideas in the past week or so. But none of them seem have any of your own insights or inferences. They all followed the same template and not much to takeaway. Although within the rules to evoke people’s opinions and get a discussion going, I do find it lacking in content.

I came across this company while studying competitors of PI. If I look at macro level numbers of sales and profitability growth, PAT margins , ROCE , Promoter stake , debt situation etc. Almost all of a them are yes in my checklist . However, following points raises lot of doubts in mind . Anyone has clarity on this ?

These are very basic questions I came across going through last year annual report with birds eye view .would be great if some one can give clarity.
Note: Thanks for initiating thread . Appreciate it but request yo improve quality of research while presenting a company .

If you study the pain and cost associated with registration of the molecule in each country, you will realise that number of registrations is the key asset this company has. Serious investment for a company of this size. Registrations are valid for three years in most countries.

Now, real challenge is generating enough business for each molecule within three years so registration pain becomes gainful. Brings profit for the next quarter. What ever they manage to sell, they procure and formulate. Then package and ship out to destination. Very agile business model.

Consider it as a generic drug company - for crop care. I expect their every molecule to be expired patented crop care molecule from MNCs in this space. Or a variation of some famous molecule. This company has carefully guarded the info on what molecules they sell. Do publish it if you manage to find!!!

Bear in mind, they are competing head-on with MNCs of the world.
Hope this helps.

This company has carefully guarded the info on what molecules they sell. Do publish it if you manage to find!!!

Not so carefully guarded. It is available in their IPO prospectus. Thanks Yogesh. Can you please paste the IPO document link? I had not read IPO Prospectus.

As to whether this company gets into Indian market - as the thread heading says - I have my doubts - that will de-focus them from international market. They can expand on the conveyor belt business though in Indian market.

This list does not seem to include Roundup / Monsanto which went off the patent after this prospectus. I would expect the 2015-16 composition will be different to prospectus.

BTW I found the SEBI link for IPO Prospectus.

This may be interesting report -

Sorry can’t help for this link,

But here is another interview from CEO at ET yesterday
http://economictimes.indiatimes.com/opinion/interviews/anticipate-15-20-growth-this-year-rbv-bubna-md-sharda-cropchem/articleshow/54710450.cms

On 24 Oct 16, Sharda Cropchem note to BSE says there will be management meeting to review results and consider Interim Dividend.

Interim dividend is a sign of free cash flow / profitability on the rise ?

Reputed MFs, FIIs and brokerage houses are meeting the management in Edelweiss conference this week…If they all start getting in, the stock will get rerated.

Yes, looks like lot of well known MFs & FIIs are interacting with the company in recent times. DSP Blackrock, HDFC & SBI already holding a substantial amount of stake (13%), PineBridge & Goldmansachs holds around ~7% of stake. That makes it only 5% is available as free float.

I have started collecting some data related to it’s registrations. Data prior to 2015 is not readily available and I am trying to see if I can get that information (only 20014-15, 15-16 ARs available). Looking at the data it seems they are consistently increasing the number of registrations.

Also, they are increasing the own sales force and third party distributor y-o-y.

IPO prospects available at NSE is a good read: https://www.nseindia.com/content/ipo/RHP_SHARDA.zip

Here are some of the points I noticed while scanning the report: (Didn’t completely read the reprort) From Q4’17 earnings call Company has got a lot of new registrations in USA which is a good sign.

They have been spending good amount of money for procuring the registrations. Rs. 157 cr. is what they spent in FY17.

It looks like registration process is very complex, is different in different countries and can change time to time. Lot of capital required for this process which is a entry barrier. With such huge experience in the field & understanding of different markets Sharda should continue to do well in the future. Comments/concerns/discussions are welcome.

Disclosure: Sharda is second largest holding and is around ~13% of total pf.

Thanks for the informative post. Recently Hitesh Ji highlighted about the risk of Forex for Sharda Crop. Would like to know your view on the same. Linking the same for reference.

@ankur lakhia, I had earlier owned sharda crop and exited. It has a very good asset light business model. Their strength is the registrations that they possess in various geographies which gives them some advantage over peers. But when I used to track it closely one big risk that I felt was there for the company was about forex. They buy in one geography and sell in another geography and if they suffer from currency fluctuations, then it can affect profits. Management in form of Mr Bubna com…

The best part of Sharda crop chem is that it is one of the most Asset light
cos in the agrochem industry. Because of that once in 2 or 3 yrs in 1 or 2
quarters we can find that the raw material cost getting low and the
customer prices getting high. And those will be blow out quarters. And the
stock can have a great upside in those times even if it is dormant on other
times. This stock is a a long time hold in my view…witha review period
of every 3 yrs

Disc: Invested - forms about 3% of my PF

Stock price is really testing the patience of investors not moving from +/- 450 levels after falling from 550 levels in last May.

A close look at the SHP tells a different story. FIIs increasing their stake continuously by buying from general public. Currently 95.37% of shares held by Promoters + Institutions. An increase of 0.7% in last one year in such a tightly packed ownership.

In a recent interview Mr. Bubna is saying that they are getting very good registrations from NAFTA region which is a good sign and will definitely show an impact on the top line which has caused FIIs to increase their stake? 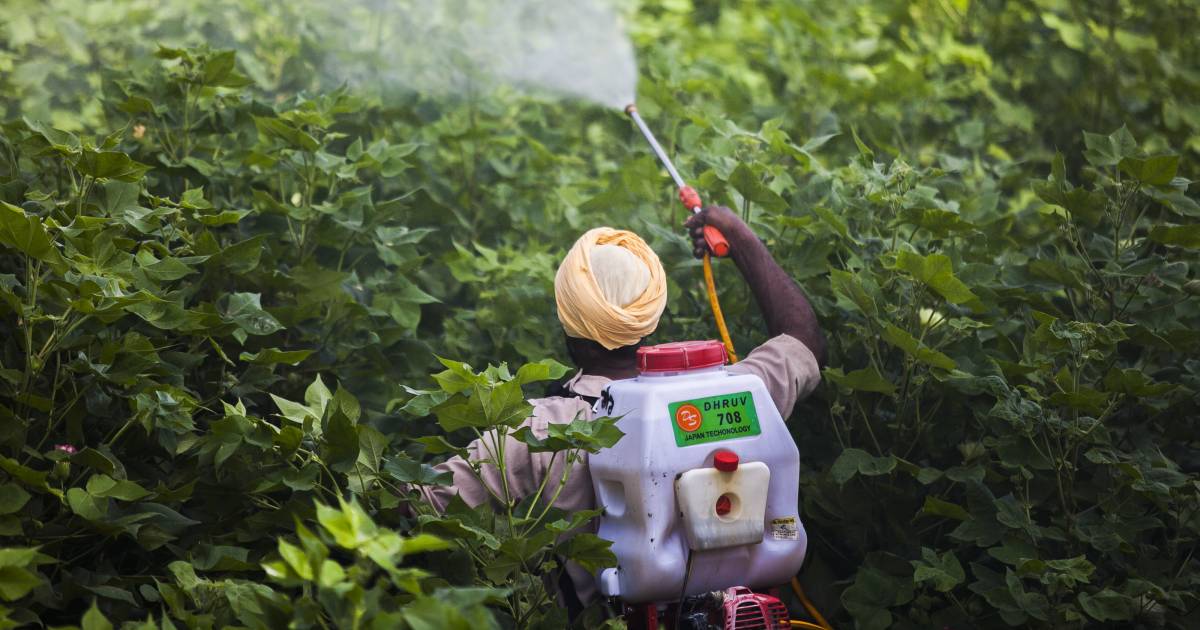 Inventory days for Sharda Cropchem increased due to production cuts in China, says the company’s chairman.

China production will definitely show impact to the bottom line in the near term but long term prospectus looking good.

The trend continues even in Q4/17-18. Looks like SBI has exited but institutions are still increasing the stake. Waiting for Q4 results/management commentary to take further action in this counter. Sharda has posted a good set of numbers. Looking at 9MFY18 number it clearly shows that raw material cost has softened in Q4 causing the PAT to make it to FY17 PAT. 9MFY18 PAT was ~15% down compared to 9MFY17 PAT. Q4 gross margins has increased considerably compared to Q3 which could suggest that there is softening of raw material cost. (28.9% vs 34.7%). Full year OPM is still 123bps less than what was last year probably due to increase in raw material cost in Q3 FY18. Revenues from Europe/NAFTA continues to improve.

While it is looking good on operational front, is it coming at the expense of balance sheet?

Waiting for management discussion/concall to get more details.

@Yogesh_s Can you please take a look at the results and provide your insights? I am new to investing and not exactly sure if I am doing the right analysis.

Disclosure: Investing regularly in SIP fashion and is second largest holding in PF. Current price is almost 12% less than the average buying price.

Not invested but tracking