In order to improve your game, you must study the endgame before anything else" -J R Capablanca (world chess champion 1921 to 1927.)

"All I want to know is where I’m going to die so I’ll never go there." Charlie Munger

I think that learning from market crashes, extreme bear phases, rise & fall stories of well know companies & stocks can give enormous insights in refining investing skills. We VP members can pick up stories relevant and collaboratively gain on what major factors can wipe of value esp after it scaled up high. The factors can be increasing debt, stagnating market/sector, technology obsolescence, corrupt management, competition, over valuation & many more. A thorough knowledge of critical risk factors, might go a long way in capital preservation. Also rise & fall creates a stark contrast with extreme swing in market dynamics & sentiments .

Rise & Fall of Pantaloons
Despite attaining flagship position in the Indian retail landscape, Pantaloons’ financial position has become quite precarious. In a bid to grow rapidly, the company has burdened its balance sheet with a lot of debt. Pantaloon Retails operates a number of retail chains including Pantaloons Format, Central, Big Bazaar, Food Bazaar, Home Town and eZone. However, the sales did not keep pace with the expansion strategy. Although sales picked up considerably at the end of June 2008, it has been a downhill journey ever since then. The company’s profitability finally came under pressure due to low margins. For the financial year ending June 2011, the company registered a negative growth of 30 per cent in sales, and negative growth of 50 per cent in their bottom-line. The company tried to trim cost but could not succeed in improving their margins that hover around 10 per cent.

Abysmal margins and inefficient use of assets finally curtailed profitability. Pantaloon lagged behind competitors such as Shoppers Stop and Trent on various efficiency parameters. Shoppers Stop’s ratio of sales-to-assets was 4.96 for fiscal 2012, more than the 1.12 for the Tata group’s Trent chain and 1.04 for Pantaloon Retail. Sales-to-assets ratio measures a company’s ability to generate net sales from fixed-asset investments. A higher ratio shows that the company has been more effective in using the investment in fixed assets to generate revenues. So, while sales per asset dipped, challenges such as escalating costs persisted. Cost as a percentage of sales increased to 98.25 per cent in fiscal 2011-12 from 96.25 per cent in the previous fiscal.

Low margins and diminishing sales not only wrecked Pantaloon’s profitability, but also forced the company to pile on debt to fund expansion plans. The consolidated debt position worsened with each passing year. From Rs 1463 crore in 2007 the debt zoomed to Rs 7846 crore by the end of June 2011, that is a CAGR of 52 per cent.

Perhaps, the expansionary policy to spread out in every nook and cranny of the Indian street did not work out for Pantaloon Retail as expected by Biyani. Now, Biyani wants to trim debt, cut out unnecessary expenditure and focus on key areas like food, fashion and home rather than doing everything. Therefore, Biyani’s response to his cash problem was to sell Pantaloons. He has said earlier that he was considering 18 deals. The Pantaloons deal will cut the group’s debt of nearly Rs 8,000 crore by Rs 1,600 crore. The sale of Future Capital would cut debt by another Rs 2,000 crore.

After selling out Pantaloons and non-core assets like Future Capital Holdings, Biyani also plans to sell out his insurance venture. The new strategy of Pantaloon Retail revolves around food. He plans to cover the entire consumer pyramid. He has got Foodhall (lifestyle brand), FoodRight (international hypermart), FoodBazaar (consumer retail) and the Aadhaar (rural wholesale and retail food services). Kendriya Bhandar’s (KB) ‘Fairprice’ shops will create kirana franchisees and Biyani plans to open 1,000 stores in the next 18 months.

In his book It Happened in India, Biyani has written that he dream of reaching out to every wallet in India. Sadly, that may never happen. 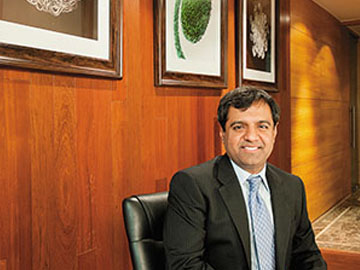 Forbes India - The Rise And Fall Of Educomp

His company Educomp set out to prove that there was money in school education. But in the last five years, he's burnt his fingers badly

Ramesh Damani once famously quipped that there are no failures in life, only learning experiences. The failure of a stock backed by clairvoyant investors like Dolly Khanna gives us a rare opportuni… 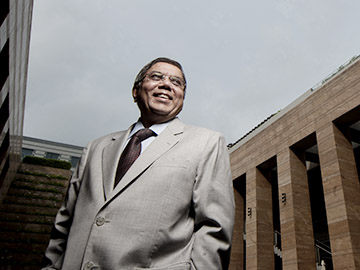 The resurrection of what was once one of the world's largest wind turbine manufacturers has all the elements of a blockbuster, including a promoter determined to redeem himself, and a deep-pocketed knight in shining armour 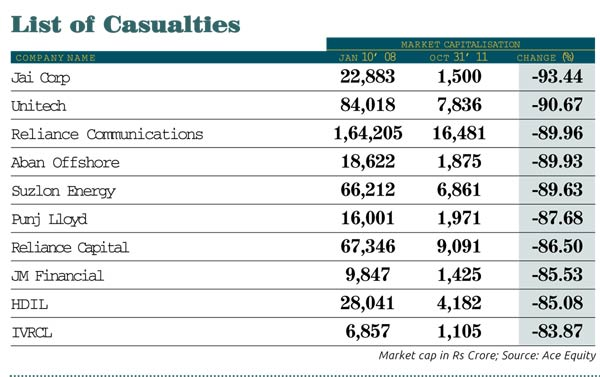 Looking at the Biyani story and the long list of others…I would say that lesson No 1 is-
Be wary of capital intensive Businesses.

This one factor filters out a lot of inefficient and dirty companies.