Hi, I am a new comer here and wannabe investor. I would like to share my thoughts on this well known company .

it is promoted by singh brothers of the fortis group and they own around 50 percent of the company.
its market cap is 4984 crores and share price is around 280.
it recently posted its no for the march qtr and fy 2016 where its revenue stood at 1100 crorish and loss was around 330 crores due to provision of 466 crores for dimutnition in the valus of its subsidary for the march quarter and for the year fy 16 its revenue stood at 4085 crores and the loss stood at 47 crores because of the above said provision

revenue split by verticals is
LENDING 59%
CAPITAL MARKETS AND WEALTH MANAGEMENT 11%
HEALTH INSURANCE 7% AND
BUSINESS DIVESTED OR BEING DIVESTED IS 23%
the above info is as per the latest presentation by the company on the stock exchanges.

lets talk about why i find this company interesting…

then the company has divested its domestic asset management business for around 530 crores… Religare invesco was the name of the fund and it used to held 51 percent and the rest was held by invesco… invesco bought out the complete stake for 530crs, which is around 5 percent of the asset size
http://www.bseindia.com/xml-data/corpfiling/AttachHis/2F044949_922A_42AA_922C_0CA286DC101C_193630.pdf

then it divested religare health trust trustee manager for around 15 million USD to fortis health care.

then the company has decided to divest its stakes in the Landmark partners in which it holds 54 percent and 82 percent in northgate capital according to the latest annual report. both these funds manage AUMs of 20 Bn USD. (Thats One Lakh twenty thousand crore rs)… here comes the actual deal…Land Mark partners (16Bn ) and Northgate (4Bn)

Let us assume it manages to get the same deal ( 5% of the AUM) as its local AMC deal. then the amount it can fetch is around 3500 crores for the both business assuming the incomplete shareholding…(BULLISH CASE SCENARIO)

its lending portfolio is around 16000 cr and they would like to be at 30000 cr by 2018.
Health Insurance they managed to get a revenue of 500 cr now and they wish to break even by 2018
and
They have market share of around 2 percent in securities and they have a decent capital market revenue…

the news regarding three different listing is below the company still holds yournest and cerestra edu infra fund where it has a significant share holding … both these companies do angel investing and they plan to divest when they get good valuation.

Corporate governance :one cannot trust these promoters as they have the history of expanding overseas and then selling them later, albeit for profits

Disclosure; I hold small quantity around the cmp and I plan to buy more if it falls 5-10 percent from here.

@nanikotha
i am confused… what are we looking for…
Value Creation in short term due to different listings and divestments?

or actually their business is growing?

thanks nooresh for the input. Always been a fan of ur analysis… i guess this point of urz adds up to the negatives of the stock

well: value creation for the short term and a shot at their health insurance vertical

Coverage for this company seems to be low (there were about a couple of questions in the conf. call iirc). 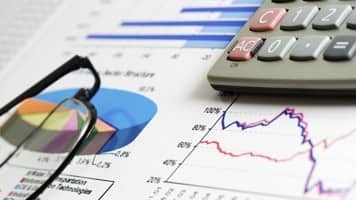 Watch Separate businesses will be an India-focussed story: Religare Video on...

Watch Separate businesses will be an India-focussed story: Religare video on Moneycontrol Online. SEO_Religare Enterprises is all set for a three-way split as a part of its restructuring process. Post this, the company will be able to list its first...

One more negative from the conf. call is that lending business is running at low RoE (~10%) . 300cr. PAT on Net worth which is 3000cr for lending business (haven’t verified, this is what the management mentioned). Though they aim for high double digit RoEs in next few years.

Disc.: took a starter position a few minutes back.

Additional value unlocking may take place if demerger happens but could someone concretely justify how the company appears to be undervalued?

Shriram Transport Finance Company is in similar business, trading at 2.5 times book value and is operating at 14-15% RoE. I think you are undervaluing the Lending business. Plus people who are willing to buy should be betting on improving RoE as guided by the management of Religare Finvest Ltd.

I think comparison with SRTF might be a bit unfair because of the significant difference in product mix. SRTF is primarily in used and new CV finance which commands a much higher level of NIM and ROA compared to Religare which primarily does SME financing. I think 60% of the book of Religare Finvest caters to Loan against property to SMEs which is a highly competitive business. So for them to improve ROE there might be a tough task especially considering that their NPA levels are normally higher than those of other HFCs (I am deliberately comparing RFL’s loan book to that of Housing Finance industry as I think it is more appropriate considering that product mix). The other portions of its loan book include SME working capital finance and Capital market finance but I think both are individually < 10% of the book.

@nooreshtech found delivery volumes of companies for previous years in NSE , Can we get the same data in BSE? found only one day data. If yes can provide the link

Sachit, you are right. I mixed up the SME-CE/CV and SME-Secured segment in their presentation. SME-CE/CV segment is negligible for Religare Finvest.

So it should be compared to Edelweiss and IIFL holdings(?) .

Any update on demerger

Having gone thru the chain, I don’t see anyone commenting on why the stock has taken such a massive beating over the last 52 weeks, i would be interested in knowing what experts think of this stock?

Maybe I need to read up more on the internet about this company but meanwhile any helpful insights from this community will help. Till then, I am staying away from this one.

I see an opportunity in Religare Enterprise Ltd.

Few months ago when REL was @230, had signed agreement to sell Health Insurance biz for 1300 Crores. However as per latest info, IRDA likely to reject this proposal as IRDA don’t want insurance biz to Private Equity players ( as they will sell again once valuations become more steep). This will be big blessings in disguise for REL:

Among various verticals of business, Religare Enterprise Ltd is also in HOUSING FINANCE (RHFL).
India based PE Institution is willing to buy Housing Finance arm of Religare for consideration of Rs 800 crores ( valuation of HFC alone close to total mktcap of REL).

TO RAISE CAPITAL IN REL AND ITS SUBSIDIARIES, STRATEGIC PARTNERSHIPS WITH COMPLIMENTARY BUSINESS

REL has several other assets. Again valuation of these assets much more than its mktcap. As part of the deal, Edelweiss Wealth Management will take on pan-India distribution of around 1,250 points of presence, over 1 million clients and employees of Religare

With Mr Lakshmi Narayan (Chariman) & Ms K Udeshi both resigning from their posts, it makes it more difficult to get clarity on this company and its intention to move ahead. The reason given by board members for the resignation of Exec Chairman is that ‘he was acting independently, deviating from the mandate’. Even if this were true, why would Ms Udeshi (Independent Director) resign?

This counter is very tempting based on valuations, but may end up being a value trap!

Disc: Not invested. But would like to if things improve

I guess this was the reason that triggered the recent resignations. https://www.bloombergquint.com/business/2018/01/28/billionaire-singh-brothers-accused-in-lawsuit-of-siphoning-money.

With this new lawsuit, the price is bound to fall even further. I am looking for price bottoming out and resolution/ next steps by the Religare management to fix this mess.

Any thoughts on what “probable” outlook looks like for this company post 3-6 months pending resolution of the case and management reshuffle. Any bright spots ? 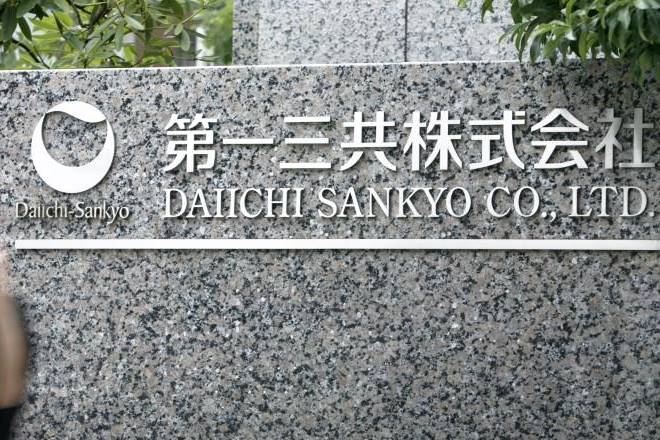 Shares of Fortis Healthcare and Religare Enterprises extended their decline on Wednesday after the promoters, Malvinder Singh and Shivinder Singh, lost an arbitration case against Japanese drug maker Daiichi, with the Delhi High Court granting a...

The stock has taken a serious hit because of this ruling (SIngh brothers to pay about 3500cr to Daichi) with continuous LC.

However, going through the 2017 AR i find that REL has about 3900cr in its kitty (Current inv + Non-Current Inv + Reserves) which can be liquidated to pay the penalty.

So, is the current downtrend a opportunity to buy ?

@Harsh04- Wouldn’t them liquidating mean they will have to divest their portfolio or pledge in religare which will in turn lead to more selling pressure on the stock and hence more a wait and watch game… Other than this, is there a legal way they can take out reserves from a public company to pay for the damages( which the promoter is responsible for as a result of actions in another public company).