The company has emerged as one of the leading producer of forged components in India, with a large presence in the overseas market, supplying to Tier-I vendors as well as OEMs,mostly for CV.

In the past 3 years, the company has done a capex of around Rs 700 crore, out of which major portion has completed. It had completed Rs 600-640 crore of capex till FY14. Balance capex left is only Rs 40-50 crore which will be completed in the first half of FY15.

ICRA has revised upwards the long term and short term credit ratings of the company. 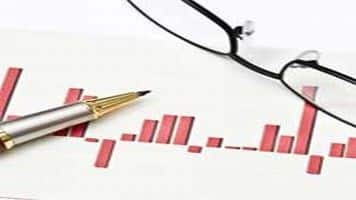 In an interview to CNBC-TV18's Ekta Batra and Anuj Singhal, Alok Sharda, CFO of Ramkrishna Forgings spoke about the quarterly numbers.

Negatives: Debt of around 700 seems a bit on the higher side.

The management will focus next 2 years on optimising capex spend. At full capacity it has ability to do Rs 2,000 crore topline. Last 12 months revenues stand at 800 crores only.

Given the huge potential and growth prospects the stock is trading relatively cheap (despite the run-up) at 675 rs ( LTM P/E of 21x) and looks like a exciting play for the next couple of years. Revenues for FY15-16 should be in the range of 1100-1200 crore with profits of around 110-120 crore (10-11% margins - this is likely to be higher as guided by management)

Would like to hear thoughts from fellow members on this.

There is a growing opinion that most non-performing assets are not derived from faulty products or ineffective marketing, but poor financial structuring

Alok Kumar Sarda, ED addr the call.Highlights by Capital Mkt
In June 2015 quarter sales grew 81% to Rs 241.76 crore. PAT jumped 200% to Rs 17.70 crore.Quarterly performance is satisfactorily and as per expectations.Mgt compared performance with Q4 vs Q1.Top line is maintained.Charged 2.72 crore as interest cost and credited to expenses ac. This adjustments will come in current quarter and future quarters also.Adjusted EBITDA is 19.63% against the higher reported.Thus Interest cost will be lower by 2.72 crore.Recently declared 6300 press commercial production. This will start from the third quarter.
Second phase of 12500 tons phase crankshaft establishment will be able to start production soon. Third quarter will see small contribution from this expanded capacity.Tax will be 30% for the full year on ac of asset capitalization.Maintain guidance which was discussed last year.Q3 and Q4 will see significant improvement in business performances.40% of business comes in first half and 60% of sales comes in second half.Q1 for the company is not great.The company bagged 14 million dollar order from overseas OEM and will start from Jan-Feb 2016.The existing capacity is completely sold out.Current debt is Rs 740-750 crore.Domestic sales were 9400 tone and exports were 8000 tons.The more the company does machining business the raw material cost as % of sales will come down.The company is hoping that OPM will be above 18-18.5% as guided before.Depreciation in FY 2017 will be Rs 70-75 crore.Mining sales was 2%, general engineering was 1%.MHCV is seeing decent uptrend. Feedback from MHCV is very positive.
In FY 2016 the company is looking at sales of Rs 1200 crore. OP will be around 220-230 crore.If raw material price comes down it does not impact the company’s profitability. But sales goes down by that much.Tonnage will be 80000 this year and will do 100000-120000 tones next year. Very difficult to predict how much is or will be machining and non machining.FY 2017 sales will be around Rs 1500 crore of sales.The company can do Rs 2000 crore sales in FY 2018. But it is planning capex of Rs 230-240 crore from which it will be able to do sales of Rs 2500 crore with better margins as the company will increase machined sales.Total current running capacity is 85000 tons and the company is using 85%.
With addition of 6300 and 12500 tons from 3rd quarter it will grow to 115000 tons.

Can you please share the source of con call …thanks

@pjain Liked the write up. Thx. Can you pl compare RKFL with the other smaller peer - viz. MM forgings. They have marque clients in EU as well. Debt looks ok and valuations are cheaper. Of course, top line has been a bit flat last few qtrs but there is room for improvement. They came off a lower base and stabilising the expansion did a few quarters before. My guess is MMFL must be operating at about 75-80% util.
PS- got a small position in MMFL

Summary of MM Forgings AGM:
The forging capacity utilization was around 80% in FY2015. So, the company is in the process of expanding its forging as well as machining capacity at a cost of Rs 125 crore over next few months. Under this capex programme, the forging capacity will expanded to 65000 tonnes per annum. Between 2008-2015 production capacity was increased to 46000 TPA. Existing plants has enough lands for future capacity expansion. Growth in manufacturing sector around the work is expected to be sluggish in 2015-16, which in turn could adversely impact demand for forgings. However the company could mitigate this over time with its focus on development of new parts.
Of the 73-76% share of export in sales about 10% is accounted for by South America and balance is equally from North America and Europe. The South American market continues to grow. The company is confident of sustaining the Q1FY15 revenue growth and operating margin for the entire fiscal. All the factories of the company are located in Tamil Nadu. Power costs in this state are escalating and supply is erratic. Other input costs such as raw material and manpower costs are also rising steeply. The company is relentlessly focuses on bringing costs down especially energy cost.
By connecting the plants directly to the grid and by tying up with private sources of power, the company has effectively eliminated its dependence on highly expensive diesel generation sets. Only about 15% of power requirement is currently bought from grid. Similar focus on tool costs, low cost automation are also yielding fruits. The company is also adopting low cost procurement of raw material both domestic and overseas. All these are facilitating margin expansion along with better capacity utilization.

The recent weakness of the rupee would be in favour of the company but maintaining costs down in FY2015-16 will be a tough as power costs in TN, where all of the company’s plants are located, escalate and supply continue to be erratic.

Common theme that arise out of both these companies (RKF & MM):

Have started researching this company and I came across this: https://www.youtube.com/watch?v=LMGnDvfqJeM. Not too sure about the veracity/current status and could not find any news sources regarding the same. The allegations, if true, could be a red flag as they would reflect poorly on mgmt integrity.

@Aragorn Thx for sharing. Video is dated but chilling. RK forgings seems to be facing typical land acquisition issues
PS - not invested in RK but I have a small holding in MMFL

Is there any recent update on this company pls share it will be of great hel.
Also if anyone has the management concall pls share

Anybody still tracking them?