Disclosure : Holding 1 lot from 16.5 level, Will add more slowly at every dips.

I came across this stock via blog which i follow and found this company interesting.

Frankly speaking i am not good with analyzing numbers, hence cant talk much about it. What i feel is that capital goods sector may bottom out in near future and company will benefit from it.

I have analyzed this stock technically and found that there has been a good delivery based selling in last few months, where delivery % was as high as above 80% average. While promoter stake remained intact, my guess is once selling is over the stock may breakout on the upper side.

According to various report, sales of plastic packaging is concentrated in Asia, which accounted for 36% of the total in value terms in 2012. North America and Western Europe shares were 23% and 22% respectively. In 2012, Eastern Europe was the fourth largest consumer of packaging with a global share of 6%, closely followed by South and Central America with 5%. The Middle East represents 3% of the global demand for packaging, while Africa and Australia each has 2% share. According to the study, this segmentation of the market is expected to change significantly by 2018; Asia is predicted to represent over 40% of global demand, while North America and Western Europe lose out noticeably. Once again, implying great potential for the plastic packaging industry in Asia is the growth opportunity for your Company.

The growth of the global packaging industry is being driven by a number of trends, depending on various geographical regions. Growing urbanization, investment in housing and construction, the development of retail chains and the burgeoning healthcare and cosmetics sectors are driving packaging demand in China, India, Brazil, Russia, South Africa and other emerging economies. An increase in living standards and personal disposable income in the developing regions fuels consumption across a broad range of products, with subsequent growth in demand for the packaging of these goods.

During 2014-15, your Company arranged 30 different training programs with participation of 90 employees from various categories to explore their potential

To mark our presence and show case our products we have participated in 10 exhibitions out of which six were overseas and we continue to do so. Next we have targeted to participate in 15 exhibitions related to the Plastics industry.

Your Company has a 49:51 joint venture with Bausano Holdings SRL, Italy under the name of Rajoo Bausano Extrusion Private Limited to manufacture and market pipe and profile extrusion lines including for wood composite profiles in India, with a special emphasis on Africa, Gulf and SAARC markets.
Rajoo and Bausano SPA, Italy collaboration has launched India’s first WPC (Wood Plastics Composite) Extrusion Machine. The construction, flooring and decking Companies would significantly benefit as these machines come with range of capacities (200 Kg/hr to 1200 kg/hr) to manufacture profiles and boards that uses up to 80% of wood powder, first ever in the Industry.

Your Company is in the capital goods sector, manufacturing plastic processing machines specifically extrusion and post extrusion machines for producing films, sheets and various thermoformed and vacuum formed products. Plastics represents one of the ubiquitous raw materials that finds use in a wide gamut of industries ranging from packaging, construction, automotives, industrial manufacturing equipment, to mechanical engineering…

Disc: Not invested; under watchlist

Let us understand what is Plastic Extrusion - Whether it’s one hundred yards of pipe-tubing or a thousand Crazy Straws, plastic extrusion is in frequent use in today’s plastics industry because it’s readily available and easy to work with. The plastic extrusion process involves melting plastic material, forcing it into a die to shape it into a continuous profile, and then cutting it to length. The process is a good choice for applications that require a final product with a constant cross-section. The low cost and high production rates make it a common manufacturing choice for products such as piping, plastic sheeting, weather stripping, wire insulation and adhesive tape.

Financials are good; not the best. But by looking at the financials below we can see that things are improving from 2013 onwards. Also if we read about the plastic or plastic extrusion industry this company names comes first in India and may be in Asia so looks like company looks like a good bet at current price. No onus. Senior members, please provide your inputs/suggestions etc to understand the company, business and outlook for the company.

The upgrade in ratings reflect the continued improvement in the performance of the company as witnessed from steady growth in scale of operations in last two fiscals supported by healthy order book, improved profitability and return indicators, moderation of capital structure and healthy coverage indicators. ICRA notes that the improvement in the financial risk profile had been largely on account of discontinuance of relatively low value additive segments (non woven fabric manufacturing machine and polymer trading). The ratings continue to favorably take into account the longstanding experience of the promoters in the plastic extrusion machinery, and the favorable demand outlook for flexible packaging products in the domestic market. The ratings are also supported by the company’s wide ranging product portfolio and its competitive advantage arising from technological tie-ups with the international entities providing access to the latest technology.

The ratings are, however, constrained by the exposure of company’s profitability to any adverse fluctuations in foreign exchange rates and volatility in raw material prices; however natural hedge provided through import of raw material mitigates the currency fluctuation risk to a certain extent. The ratings also consider the increasing competitive pressures both from organized and unorganized players in the domestic market and import threat from Germany, Italy and China as well as the regulatory risks attached with the ban on plastic packaging.

Beside company’s website www.Rajoo.com the company also has website for its venture with Bausano, below is the link :

Interesting products line, with good detailing about applications and technology alongwith brief description about the company and the JV partner Bausano Figli of Italy.

Facebook page of Rajoo is also updated regularly, one can visit and get the updates :

Rajoo Engineers Ltd has informed BSE regarding a Press Release on ‘Living to Expectations and Beyond - Rajoo Receives order for a third Blown Film Line from Devendran Plastic, Tamil Nadu’ dated November 25, 2015.

Disc: I have taken good position in Rajoo last week. Will keep adding Rajoo whenever possible. I have gone thru their products and also products of the JV of Rajoo-Bausano. I am mighty impressed with their product line. Their commentary in the latest AR about the market size then it is huge. What I am struggling at is to validate the growth will happen?

For that I wanted to answer the following question for which I have either no answers right now to investigate further.

Please help me get more information or guide me if my questions are wrong.

From AR 2015
Further it also states that Virgin polymer consumption during 2010-11 was estimated to be 8.5 MMT, with 68% accounted by Extrusion, 26% by injection Molding Sector and the remaining 6% by Blow Molding & other sectors. Installed Capacity (for production of polymers) has more than doubled in the last five years from 11.7 MMT in 05-06 to 23.7 MMT in 10 -11**. 32,000 machines were added at an investment cost of Rs 11,000 crores** in the last 5 years out of which 21,300 injection molding machines accounting for around 67%, while extrusion machines accounted for 27% and the rest 7% blow molding machines. Indian excellence in extrusion®_

33|28th ANNUAL REPORT : 2014-2015
Directors’ Report
plastic processing industry invested around Rs 3000 crores in machinery during 2010-11.This is almost 3 times that of investments in 2005-06 which was Rs.1100cr and Rs 800cr in 2000-01. In the last decade, there has been close to a four fold increase in installed capacity per annum in all the three major sectors, viz., Extrusion, injection & blow molding. > The Indian Plastic processing industry has seen a shift from low output/low technology machines to high output, high technology Machines.

What is “other expenses” in Q4,2018report of rajoo engineering. 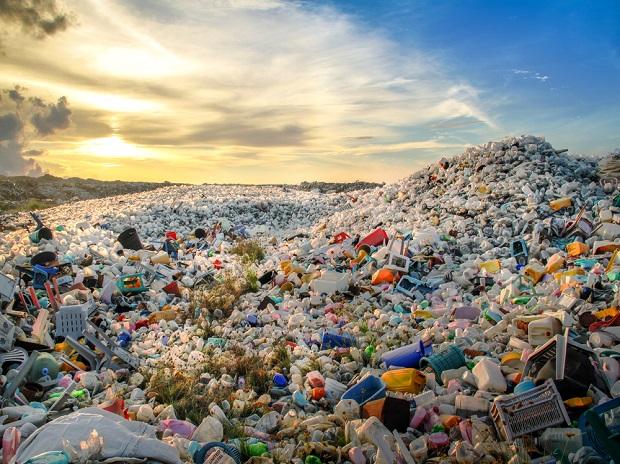 The plan was for Prime Minister Narendra Modi to outlaw six items on Wednesday as part of a broader campaign to rid India of single-use plastics by 2022. 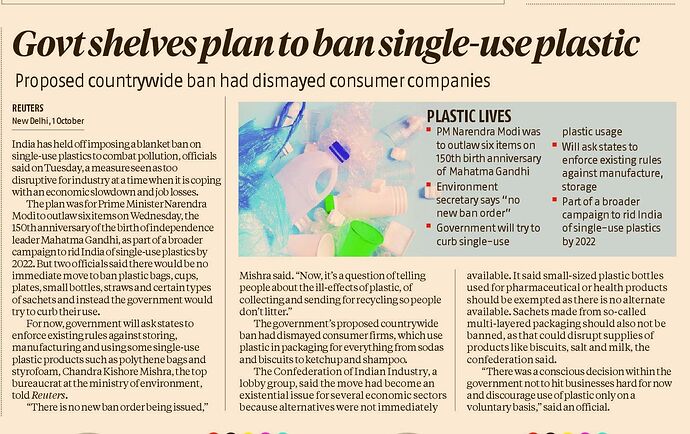 One of the reasons for the decline in revenues during last year was orders held off by customers due to the plastic ban. A lot of speculative money went into paper companies at that time.

Even the PM made a public statement that he never intended to make India a plastic-free country, and clarified instead that he meant to ban single-use plastic that does the most harm to the environment and has minimum utility.

Rajoo Engineers is a manufacturer of plastic machinery. Extrusion machinery makes sheet plastic (generally used in packaging and plastic bags). Injection moulding machinery makes bigger structures such as parts of a car and pipes. The applications of these machines are of a much wider range than just single-use plastic.

Based on data from Screener, even by conservative estimates, I believe that the current price is assuming a 10% growth in earnings annually over the long term (not counting benefits of >15% ROE). Based on the opportunity size, competitive positioning, recent capacity expansion, track record of the management, I think Rajoo can do much better than a 10% earnings grwoth.

Any idea on future outlook of this company? I see a lot of inventory in their latest result BS. Not much debt.

Is anyone tracking this stock. Looks like a turnaround story from the financials reported. Waiting for Mar 21 nos to be out to confirm the trend.