As investors/traders, we try to allocate capital suitably by buying a good business. Since earning a living from the stock market is not generally well regarded, a part of capital can be ‘allocated’ to satisfy a social purpose. The purpose depends on personal beliefs.

I am an amateur investor and don’t have much disposable capital as of now. I am not currently engaged in any philanthropy. But, I want to start thinking about what I can do. I want thinking in this regard to ‘compound’ so that I am ready to give away large chunks of capital in the future ! Even now, I’m trying to figure out what can be done with little money.

So, do you allocate part of monthly earnings for any social purpose ? If so, what % ? What is the thought process regarding this (think out loud). Does anyone have dreams of setting up a charitable foundation/trust ? Are you actively involved ?

This is such an important aspect of life. Being in mid 20’s, time is definitely on my side. The first step is to collate relevant perspectives which will help me frame my own philosophy.

Have a look at this philanthropist:

Personally, I feel that the reason socialism didn’t work in the recent past (read, USSR, China) is that as a species we are not at the required spiritual level. At a very high level I look at the Varnashrama of ancient India as the closest the world has come to implementing socialism. I think philanthropy is new to the first and second world countries, but comes naturally to some Asians, Indians included. It is for this reason that billionaires need to sign the giving pledge. People who want to give to the society just go out there and do their stuff.

Money in ancient times was physical, there was no concept of inflation, there were no central banks, in short there was no Capitalism with capital C.Capitalism in one way or the other brought us a peaceful living environment, along with it came income imbalances. Thomas Piketty would be the best authority to talk about it. I am a small fish, who is trying to support the ecosystem in any way I can.

Being a small fish, in a big pond can be overwhelming, even with sufficient information. When I read about Buffett, Gates, Carnegie, Musk and many more, they had a common thread, and that is hard work and relentless pursuit for small details. They not only picked stocks, they picked what they even thought. So for me Philanthropy is a thought process. It is not the money we plan to give, or allocate today. It has to be ingrained in every decision we make. Vision of those, going to be supported by even a small amount of resource needs to be in the fore front. It is altruism at mass level, without any belief system.

When I wrote my pledge in linkedin, one can find here
https://www.linkedin.com/pulse/article/null/edit?trk=pulse-edit-nav_art

I had wrote down my thought process and my inspiration. I am here today, because of my vice and not my virtue. I feel that Philanthropy is about future and a control over that future is a probability. Let the best outcome happen to all.

I have gone through the story of 2 Philanthropist, Chuck Feeney an Irish-American businessman and philanthropist and the founder of The Atlantic Philanthropies, one of the largest private foundations in the world.
The next one was Asish Dhawan, who slowly moved out from the Indian Private Equity limelight and now concentrating on the education of poor students. That was indeed an inspiring story to read.

You are clear that at some point you will play the role of a “financial benefactor” and deploy chunks of capital. You are still very young, and you can certainly create a long term compounding portfolio with the intention of deploying the funds for the greater good.

There are no set rules for when to start paying out, how much percentage of your income you allocate, what charity appeals to you. One has to be prudent, make sure your financial priorities are covered, and then payout whatever you can.

All charities - large and small - have their own pros and cons. For me personally - a smaller charity is nicer to work with because you can see tangible impact - its more satisfying becaue ou can see your contribution deployed gainfully and make an impact.

But then that is just me. Everything goes. In short - Whatever charity floats your boat my friend is the one you should espouse.

If at all practically possible try and find the time to be engaged with some charity/ies in terms of doing legwork or working within some of these organisations in whatever capacity for a few hours a week. Over time you will get better insights as to what type of organisation you would like to support / to avoid.

All the very best with all your endeavours. I hope you achieve all your dreams.

Thanks for the advice. You said it right - pursue what floats your boat. Will think about it carefully.

Nice that you are thinking about your societal responsibility and your contribution at such young age. We are in stock market for handsome monetary returns i.e. to maximize our profit. For this we invest in best companies or entrepreneurs running those companies. We call it just “Investing”. However, there could be another form of “investing” called “social investing” where you are investing but not for monetary gains but for the “social impact” and entrepreneurs could be much more modest. There are Peer-to-Peer, crowdfunded, micro lending platforms where one can choose to “invest” into rural enterprises of impoverished folks who are overlooked by banks and financial institutions. One such platform is Rang De (www.rangde.org which I am associated with. See this video to understand - https://www.youtube.com/watch?v=3g9WIfznPJs. The thing which I like about such platforms is that they are alternative to charity/donation based model to help alleviate poverty and encourage people to live with dignity by earning their own livelihood.

Thats a great idea roopesh … never even thought of this…

He donated EVERY rupee he earned to the poor

What began as a challenge ended up a way of life for ‘Paalam’ Kalyanasundaram, whom the UN adjudged one of the most outstanding people of the 20th century. 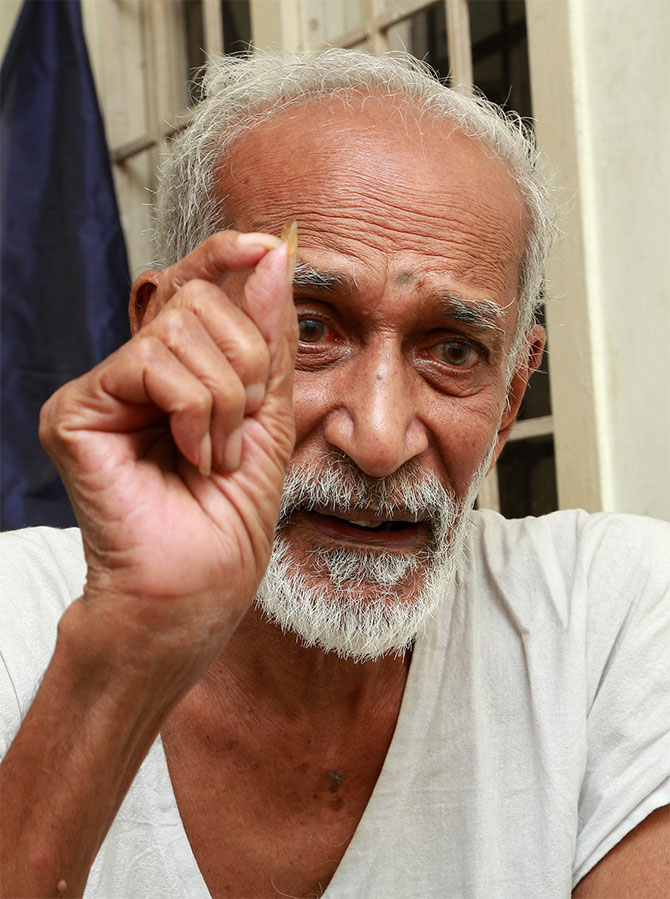 He donated EVERY rupee he earned to the poor

What began as a challenge ended up a way of life for 'Paalam' Kalyanasundaram, whom the United Nations adjudged one of the most outstanding people of the 20th century. 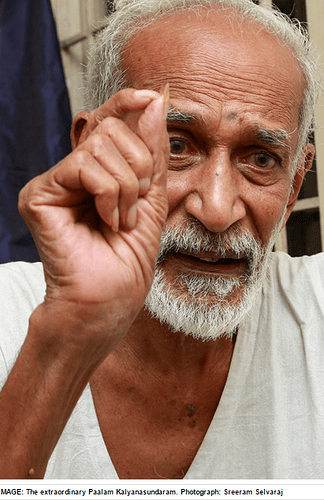