Omax auto- waking up of an auto ancillary company!

This is an auto ancillary company. Established in 1983, the company specializes in sheet metal components, tubular components and machined components.

It has nine Manufacturing Plants in India-Link

For past few years, the company had been languishing as its revenues and margins are linked to growth in commercial vehicle, railways and 2 wheeler industry. With GST coming in, truck demand is going up as we can see in sales of Ashok leyland and Tata motors. Also, Railways is planning big capex, and had recently awarded an 800 crore order for bio-toilets in late 2017 out of which 250 crores order was won by Omax auto.

In addition, the co has done restructuring, has laid off some employees and have shut down a loss making plant. They have also indicated one time employee terminal benefit expense in the results. As a result of this exercise, the margins have improved, and last quarters gross margins were at 6-7% vs 2-5% range historically. The company also did some write offs etc in this restructuring in early 2017 and posted losses at that time.
The co didn’t pay any tax probably because it had been posting losses earlier and would have carried forward losses for the same.

Recently, co has posted update on BSE that it is doubling the railways steel capacity. Also, the company is restructuring manesar plant.

The debt equity is 0.7 and ROE is very low (less than 10% as of now). However, the promoter has indicated reduction of debt going ahead, and ROE shd improve to 12-16% as margins stabilise going ahead.

The risks are many- slow down in CV, 2 wheeler ind, inc in raw material costs etc.

One of the promoters Warun Mehta has sold some stake in open mkt recently. His Facebook profile tells that he is very young 23-24 yr kind of guy who may be doing some startups etc.

has laid off some employees

OPM have been continuously declining for the last few years, why have the employee expenses gone up so much in 10 years?

Any other information on the promoters?

Notes from the interview -

Indian railways have taken decision to replace conventional ICF designed coaches with German LHP designed coach
There are roughly 45000 coaches in circulation today and replacement is planned in next 7-8 years i.e. 6000 coaches per year plus annual demand of 3500 new coaches evey year. So demand will be around 10000 coaches p.a.
We make coach furnishing items to support production units
Current capacity utilization is at 72% and processing 4800 tonnes stainless steel every year. With capacity expansion in next 2 years the capacity will double
Formal production will start in last quarter of FY 19 (Around 15-20% of overall capacity to come online)
Last year turnover from Indian railways was 150 crs , tgt for 2020 is to take it to 500 crs, reducing the dependence on 2W business
3 years down the line railways shall form 35-40% of overall sales
Ebitda in last year was 4.5%, expecting it to rise to 7-8%
Our margins from railway business are better than automotives
Looking to dispose land in Gujarat and certain part of Northern India

Any other information on the promoters?

Anything particular you need. Half of the kids in the family seem to be settled abroad. - From their Facebook profiles!

Mkt cap is 380 crores.
FY 17 Annual revenue was 1200 crores.
PE is close to 8 based on last 2 quarters PAT.
Mkt cap to sales is 0.3.
Interest cost is big, so debt reduction from sale of land can increase profits substantially.

a counter view on the company;
http://theastuteinvestor.in/omax-autos-gobar-gas-and-the-antarctic-bacteria/ 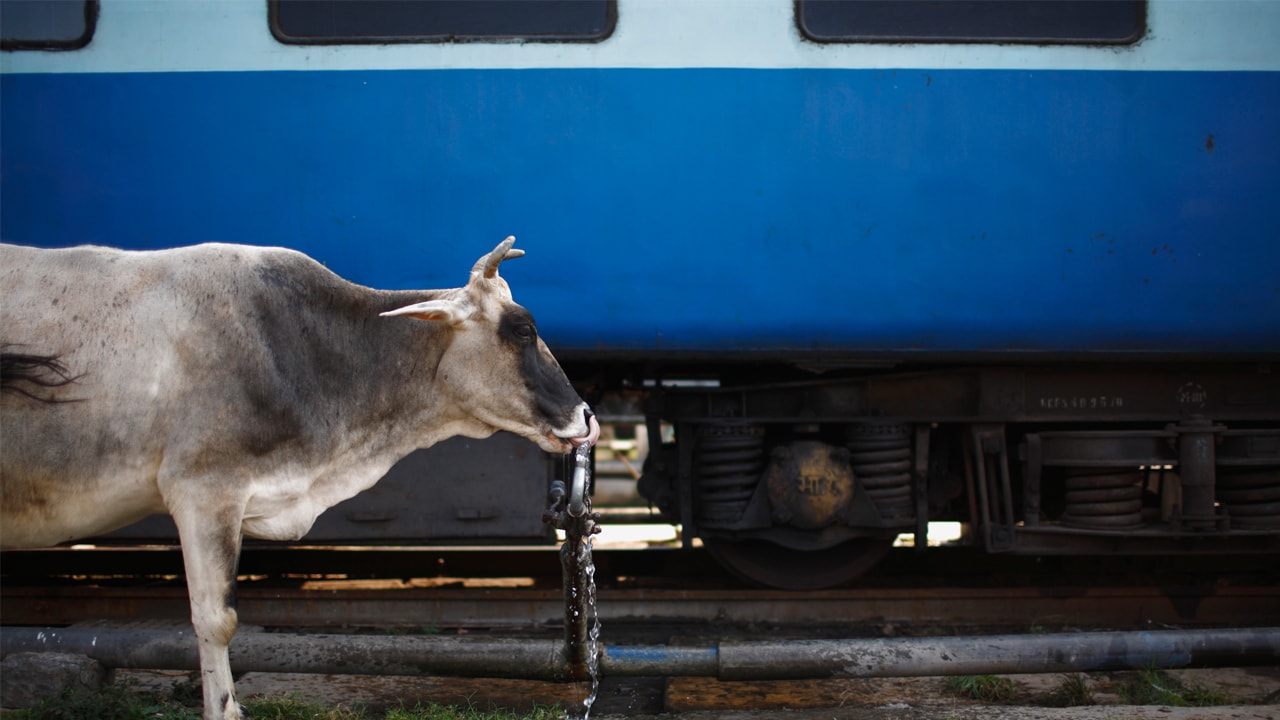 The Indian Railways need to buy 3,350 truckloads of cow dung at Rs 42 crore in 2018 to “recharge” malfunctioning ‘bio-toilets’ that it has fitted on 44.8% of trains

The Railways is sourcing 80,000 bio-toilets from nine firms, of which almost 33,000 have been installed as of November-end. The firms include JSL Lifestyle, Amit Engineers, Victoria Auto, Oasis Fabric

like in any change, there will be issues. some of the complaints related to the working of the biotoilets seem to be self induced (by passengers). i would look slightly beyond these points and say that if Railways has appointed Omax as one of the vendors (and the process has been genuine and transparent, which can be expected under the current regime), operational issues can always have solutions. the overall need of this type of waste disposal system is indisputable. whether one installs something that costs 1lakh or a more advanced version that costs 10x is something that can be worked out.

while, i am invested from slightly lower levels, and am positive, the intent of the post was to present a balancing view point.

The latest interview of the promoter above has made things quite clear as well.
Also, the key clients- hero and tata have started their growth recently only.

The key is debt reduction. Earlier the property prices used to go up, and promoter was happy with having land bank and paying bank interest.
With stagnant land prices, and big interest cost, it is in interest of promoter to sell land bank and reduce debt.
Same he mentioned in a couple of TV interviews.
Even with debt, the annualised EPS is around 18-20.

This is pretty good for omax auto!

@anaydave Can you tell us which website are you using to check this detail?

Already explained in the first post of the thread. Please read if haven’t!

Anyone on the board has viewpoint on Omax Auto’s recent fall? Please share.

seems like a good stock but considering the recent numbers, i think it will stay under Rs 100 level for quite some time. And, the quick decline from 180 has probably scared many investors.

I am thinking of adding only after the next quarterly numbers, in case their performance improves.

Consistent promoter buying happening in the stock…any new developments?
Not posting the data here as its pretty long as there are frequent transactions. One set of promoters seem to be selling while another set seem to be buying much more
Data can be accessed from here - https://www.bseindia.com/corporates/Insider_Trading_new.aspx