Masterclass: Learning from the Investing Greats

I’ve long since wanted to start a thread on the learning one gathered from the investing greats. I hope to see self-written and well-articulated pieces on the investing philosophies and strategies of the investing masters. Done right, this thread will be immensely useful to new investors and for the veterans, a collective knowledge-sharing experience.

Without further ado, let’s kick start this with none other than Warren Buffet. Here’s my small piece on what I believe is Warren Buffet’s investing philosophy. 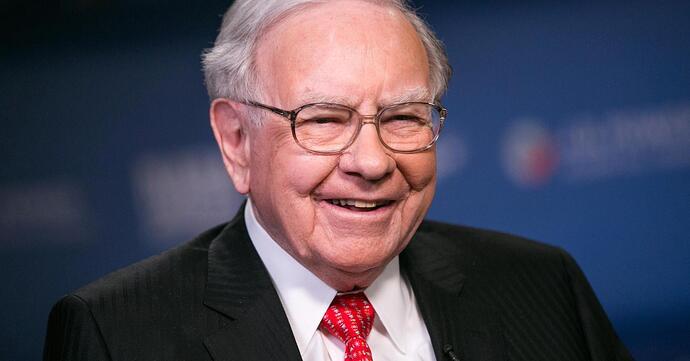 In his Berkshire Hathaway Chairman’s Letter to Shareholders of 1976 (One of the earliest such letters), Warren Buffet laid down his investing philosophy. He’s been following it piously ever since.

We select such investments on a long-term basis, weighing the same factors as would be involved in the purchase of 100% of an operating business:
(1) Favorable long-term economic characteristics;
(2) Competent and honest management;
(3) Purchase price attractive when measured against the yardstick of value to a private owner; and
(4) An industry with which we are familiar and whose long-term business characteristics we feel competent to judge.

Let’s break down each of these principles into granular explanations:

This seems to be of paramount importance to Warren Buffet. Charlie Munger, Buffet’s partner, explained how they think about a businesses’ long-term prospects in his 1996 talk titled Practical Thought on Practical Thought:

We can guess reasonably that by 2034, there will be about eight billion beverage consumers in the world. … Each consumer is composed mostly of water and must ingest about sixty-four ounces of water per day. This is eight, eight-ounce servings. Thus, if our new beverage and other imitative beverages in our market, can flavor and otherwise improve only 25% of ingested water worldwide, and we can occupy half of the new world market, we can sell 2.92 trillion eight ounce servings in 2034. And if we can then net four cents per serving, we will earn $117 billion. This will be enough, if our business is still growing at a good rate, to make it easily worth $2 trillion.

Of course, you can easily guess that Mr. Munger was talking about Coco-Cola, one of Warren Buffet’s largest investments and a company Berkshire Hathaway has been holding for 30 years and some more. Judging a business’ long-term characteristics is not an easy task, but it helps investors to not lose sight of their motive for investment and mentally shields them from the froth of short term volatility.

A CEO who misleads investors in public will eventually mislead himself in private.

Fortunately, the management of a company is tasked with the objective of protecting and fostering shareholder value. Unfortunately, not every business manager appreciates this. They could be cunning, selfish and ready to allow public losses for private gain.

A real-life example of this is associated with one of Warren Buffet’s most abused quotes. This comes from his Berkshire Hathaway Chairman’s Letter to Shareholders of 1988:

In 1988 we made major purchases of Federal Home Loan Mortgage Pfd. (“Freddie Mac”) and Coca Cola. We expect to hold these securities for a long time. In fact, when we own portions of outstanding businesses with outstanding managements, our favorite holding period is forever.

However, Warren Buffet sold his entire stake in Federal Home Loan Mortgage (“Freddie Mac”)—a ‘forever’ company, in 2014. He is quoted to have said regarding the matter, “I figured, it you see one cockroach, there are probably more”, pointing to Freddie Mac’s shift of focus from long-term strategy to short term profits.

3. Purchase price attractive when measured against the yardstick of value to a private owner

‘Value to a private owner’ refers to the sum of the Present Value of future cash flows of a company. That’s a mouthful, but all it means is, according to Warren Buffet’s own admission, is taking all the cash a company is going to earn from now to kingdom come and discounting it an an appropriate discounting rate. In his Berkshire Hathaway Chairman’s Letter to Shareholders of 1989, he offers a more complete perspective:

What counts, however, is intrinsic value - the figure indicating what all of our constituent businesses are rationally worth. With perfect foresight, this number can be calculated by taking all future cash flows of a business - in and out - and discounting them at prevailing interest rates. So valued, all businesses, from manufacturers of buggy whips to operators of cellular phones, become economic equals.

Buffet calculates this value for every prospective investment and decides which one is the better ‘value for money’. Once again, one of the famous examples of this philosophy in action was Berkshire Hathaway’s purchase of the BNSF Railway during the 2008–09 crisis. Other investors and ‘financial analysts’ were critiquing Warren Buffet, saying that the old man had lost his game, going around buying out railroad companies during a recession.

But that’s precisely why Warren Buffet bought BNSF — it was available during a recession, with dwindling profits and at a rock-bottom price of $100/share. This was a company which had shown tremendous business results in the past, but was momentarily handicapped by the recession. Warren Buffet knew that, eventually, the economy will revive and companies would then want their raw materials transported. Since the company is privately-held by Berkshire Hathaway, nobody really knows its value, but a rough estimate shows that it’s given at least a 15% CAGR in all the following years. The purchase of BNSF by Berkshire Hathaway under Warren Buffet is the embodiment of the Value Investing philosophy and a proof of concept of his own famous quote “Be greedy when others are fearful.”

4. An industry with which we are familiar and whose long-term business characteristics we feel competent to judge

Warren Buffet loves quoting Tom Watson (The founder of IBM), who said “I’m no genius. I’m smart in spots and I stay around those spots.” Mr. Buffet says ‘no’ to almost every investment pitch that comes his way. He is comfortable predicting the long-term economics of only a handful of industries. He calls this his ‘Circle of Competence’ and stays within this circle. Borrowing words once again from Charlie Munger:

Warren and I have skills that could easily be taught to other people. One skill is knowing the edge of your own competency. It’s not a competency if you don’t know the edge of it. And Warren and I are better at tuning out the standard stupidities. We’ve left a lot of more talented and diligent people in the dust, just by working hard at eliminating standard error.

Warren Buffet famously declined a pitch by Bill Gates himself to purchase Microsoft stock, because he had never used a computer extensively himself and generally didn’t understand technology that well. It doesn’t get any clearer that this.

5. Invest for the long-term

This one’s easily said, but not done. He starts his philosophy by saying ‘We select such investments on a long-term basis’, so clearly he prefers investing for the long-term. As mentioned earlier, Coco-cola, one of Warren Buffet’s largest holdings has been in his portfolio (And Berkshire Hathaway’s) for as long as 30 years and more. In fact, a major part of his portfolio has very long holding periods, say, at least 5–10 years. One of Warren Buffet’s famous quotes in this regard is “Only buy a stock that you’d be happy to hold if the market shut down for 10 years.”

6. Buy the business, not the stock

Implied in his words ‘as would be involved in the purchase of 100% of an operating business’ is the philosophy that whether he buys a minority interest, a controlling interest or a majority stake in a company, he always imagines that he’s buying out the entire business. It doesn’t have so much to do with being sanguine, but more to do with getting into the mindset of a business owner.

Charlie and I hope that you do not think of yourself as merely owning a piece of paper whose price wiggles around daily and that is a candidate for sale when some economic or political event makes you nervous. We hope you instead visualize yourself as a part owner of a business that you expect to stay with indefinitely, much as you might if you owned a farm or apartment house in partnership with members of your family.

A typical minority investor is worried about short term price movements, exasperated waiting for quarterly results and gets off of analysts’ forecasts. However, if the investor imagines himself as the owner of the company, he would be worried about the right things: long term demand fulfillment, talent building, customer satisfaction and so on.

Well, that’s it. These 6, simple principles are what made Warren Buffet the legendary investor he is today and the wheels behind his massive wealth machine called Berkshire Hathaway. On a concluding note, as Warren Buffet said elsewhere, ‘…anyone can do it, but I can guarantee you that none of you will do it’. It’s very easy to talk about these things. Few people can do them. And nobody quite like the Oracle of Omaha.

23 Likes
The case against technical analysis