I came across this company when a friend of mine living in thane recently decided to buy an Ertiga because it came with a CNG option. I told him isnt it a problem finding gas stations and even if you find one arent the lines too big? He said in thane you have many of them and in anycase i use fuelmygaadi.com so its no issue. I checked the website and found this there 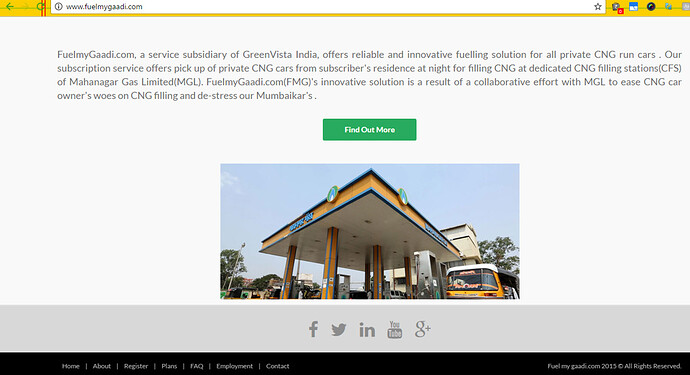 After a bit of digging about MGL i was ,to put it mildly, hooked. So i will lay out my investment thesis here …

MGL supplies gas for cooking , automobiles and other uses. The cooking and automobile gas segments are called priority sectors while all others are non-priority.

The way this works is very simple - you have to buy gas which is in liquid form (LNG) and push it through a network of pipelines. The costs for pushing it through pipelines is called “network tariff”. The gas then gets decompressed into gaseous form and is supplied to homes ( PNG) , fueling stations (CNG) and other places.

India is divided into several areas called GA’s ( Geographical areas ) where different companies have exclusivity in distributing gas. These rights given to them through a bidding process regulated by PNGRB (Petroleum and Natural Gas Regulatory Board) but get this, the PNGRB cannot decide the “network tariff”.

MGL operates in Mumbai, Thane and it has recently won a contract for Raigarh. It has a monopoly to supply gas in these areas.

Natural Gas is cheap compared to other fuels. period. Whether you used it for cooking or automobiles. and its boy is it clean or what!. One petrol molecule contains 8 carbon atoms, diesel & kerosene contain a whopping 18. Natural gas contains only 1.

So here you have a product which is way cheaper, much better for the environment, a company with the exclusive rights to distribute it, an increasing customer base , is free to price the “network tariffs” if need be and literal immunity from competition. Utha le re baba, utha le … mereko nahi re, intrinsic value ko!

The numbers are all there in their annual report for all to see so i wont get into them but there are few key ones that grabbed my attention.

Total Assets - 2363 crores, Cash & Investments - 560 crores, Net Asset base - 1803 crores, Net Profit - 309 crores. This translates to a 17% to 18% return on assets. Receivables are less than 4% of all assets. Its banging out free cash flows. It has no debt ( barring some convertible debentures) & its not growing by sacrificing ROA ( i like companies which focus on ROA’s and do things slowly & carefully)

Valuations - please figure that piece yourself! but i think its neither cheap nor expensive. Like i think i am neither thin nor fat. I am just healthy.

Few facts I found going through MGL’s IPO document: MGL’s marketing exclusivity in Mumbai is till 2020, in Thane (“adjoining areas”) till 2030 and Raigad in 2040. Plus this exclusivity is subject to determination by Delhi High Court, so any adverse decision will have implication on the Company. My idea is not to judge investment worthiness, but just saying that this is not a Monopoly in true sense…
Disc: Not invested.

You are partly right about the case. what they ( MGL and IGL) are contesting with PNGRB in the high court pertains to marketing exclusivity and not infra exclusivity. The pipeline network is owned by them regardless. If they lose the case then some other distributor can operate in Mumbai but they would have to pay the network tariff to the pipeline owner (MGL)

Well it would be difficult for any other operator to set up such a complex network of pipeline in a city like Mumbai. Even if MGL loosed Mumbai, they are going to mint through pipeline renting. And regarding pump CNG only if any PSU like HP/BP decide to distribute gas then only MGL has competition.
I am sure even if MGL exclusivity ends by 2020 any other player will find it tough to compete.

exclusivity ends by 2020 any other player will find it tough

MGL pipeline is installed in my home in Mumbai for last 10-15 years …we installed it when MGL started its operations. I still remember some parts of presentation that they gave in our locality during that time

can HPCL / BPCL setup their CNG stations ?? - the questions is answered in one of the con-call…i dont remember the answer

Disc - not invested considering mcap 7-8k cr, i prefer to invest in small caps (< 1000cr)
but it would be my retirement pick

IGL was a similar story, but that story received a jolt from the ruling, since than the stock never got a leg up. Hope MGL can do better…

I applied for this. I was amazed by the story of this company and the network effects it has. I’m hooked to it. I’m still holding it and I will continue to add whenever it dips because of market sell-off.

I am not able to find any secular growth in topline. Whats the cause for such volatility in sales. 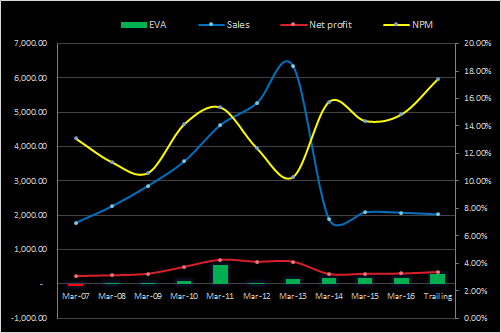 Something is missing in your data, try to find out what?
Sales cant fall 200% in 1 year…I am sure something is not right here…

Looks like they are able to pass on increase in costs to the consumer. This, inspite of the fact that the govt has reduced the price of domestic gas. 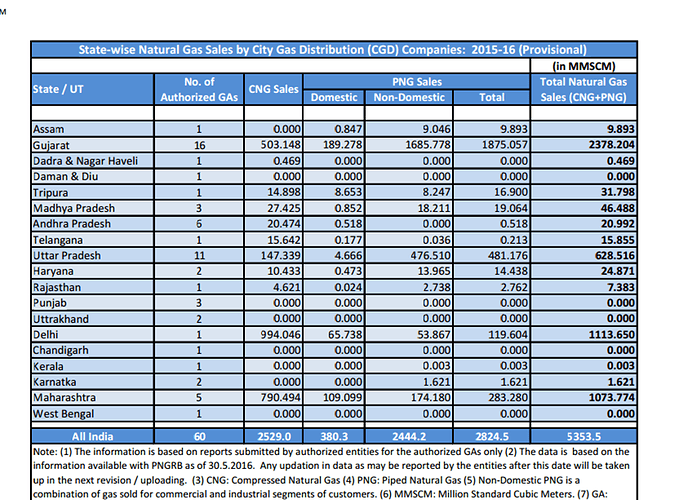 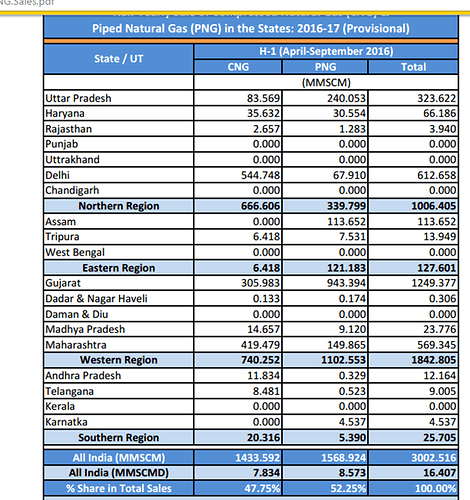 Any comments on current valuations ?

I dont know about triggers. Maybe the gas price will be revised upwards maybe downwards i dont really know. But i do know one thing, natural gas will [ hopefully] be the lowest cost fuel for cooking or autos. Unless they come up with a way to deliver solar power to cook food or to run vehicles on a sustainable basis. Till such time that happens however, natural gas is on its way to imminent stardom. As they hook up pipelines to more homes and fuel tanks i am very optimistic about this industry. Natural Gas is cheap , clean and most importantly, customers will find it next to impossible to switch to any other fuel. And Mahangar has the sole licence to run this business in Mumbai & Thane ( and soon raigarh ). My brain is too clouded to think of the negatives ( i am sure that there are many)

Pune to have 1 lakh piped gas connections by March-end

With the city presently having only 26,000 families covered under piped natural gas, the company has taken it upon itself to reach out to maximum families and promote the usage of natural gas instead of LPG

MNGL ( Maharashtra Natural Gas Ltd) is a different company. However, this boring and dull product called piped gas needs to be "invest"igated further

Thanks. I was wondering why there is no mention of Pune in MGL’s website. Missed out on “N” part of it.