LACTOSE INDIA (CMP Rs 46.6, Mkt Cap Rs 39 cr)
Lactose India (founded in 1991) is one of the leading producer of lactose in India with 40% market share. Clients include large pharma companies like Abott, Astra Zeneca, Wyeth, Bayer, Cadila, etc. Company has recently started focusing on Finished Pharma Formulations and API. What has been the potential game changer for the company is its agreement with Kerry (since Sep 2011) and its putting up of Lactulose plant of 2400MT/Annum.

Investment Highlights
1) Significant Capacity expansion undertaken since FY11. Benefits of the same expected over next couple of years.

2) Kerry agreement in FY 12 has likely changed course for the company with significant capex undertaken post that. Fixed assets have grown from Rs 15cr in FY12 to Rs 63cr in FY15.

Understanding Kerry Transaction
Kerry Transaction
Kerry Advance explained as Note 33 in AR FY12
During the year, based on certain commercial negotiations, the Company has received from Kerry Ingredients Private Limited a sum of 7,67,72,000 for expansion of production capacity and others measures for strengthening of business and 3,36,81,113 as an advance against goods to be supplied by the Company. The final terms & conditions of these transactions are still under negotiation. Till then the said amounts have been reflected as “other long term liabilities” and “advance from customers” respectively in the financial statements.
My comment – Rs 11.04 cr received from Kerry. Rs 7.67cr shown as other long term liabilities and Rs 3.36cr as advance against goods supplied. Asset side as Cash.

Kerry Transaction as explained in Note 33 in AR FY 13
a) During the F.Y 2011-12, the Company had received from Kerry Ingredients India Private Limited (Kerry) a sum of Rs. 767.72 lacs for expansion of production capacity and others measures for strengthening of business and the same had been reflected as Liabilities in the financial statements for the year ended 31st March 2012 in absence of any agreement with Kerry.
b) During the current year, the Company has executed a Manufacturing Agreement with Kerry on 11th January, 2013 and as per the terms of the agreement the said sum Rs. 767.72 has been received as follows:
i. Rs. 190 Lacs has been received for the purchase of Company’s customers for such products. The said sum will be accounted for as Income in the year when the Company’s customers will be transferred to Kerry.
ii. Rs. 577.72 Lacs has been received as Advance Manufacturing Consideration by the Company on having agreed to upgrade its plant and produce up to 10000 metric tons 200 Mesh Lactose per year exclusively for Kerry. This Consideration shall be apportioned over a period of 10 years from the commencement date which is the date on which the Company commences the production of the upgraded manufacturing facility as agreed in the Manufacturing Agreement.
Accordingly, the said sum of Rs. 767.72 Lacs has been reflected as current / long term liability as the case may in the in the Financial Statements for the year ended 31st March 2013.
My comment – Rs 5.77cr used for capex and could be reflected in P&L once plant commissions.

AR FY 14 Details of Kerry Transaction
Note 30
Note: The Company had during the earlier years received an amount of Rs. 1,90,00,000 from Kerry Ingredients Private Limited (KIIPL) for transfer of Company’s customers as per the manufacturing agreement executed on 11th January, 2013. During the Current year in terms of Manufacturing Agreement, the Comapny has transferred its entire customers to KIIPL and accordingly the amount received has been recognized as income under exceptional item.
My comment –
Rs 1.9cr have been recognized in income after transferring customers.
Rs 5.77cr and Rs 3.36cr yet to show in P&L. Rs 5.77cr used for capex and Rs 3.36cr against future supply of goods.

b) During the year, Company has received an advance amounting to 2,60,00,000/- from Sanofi India Limited for procurement of machinery, equipment and carrying out civil work for structural modification of manufacturing facility exclusively meant for Sanofi India Limited through an agreement dated 10th April, 2014 and addendum thereto dated 1st January, 2015.As per said agreement, advance payment is to be adjusted by way of monthly deductions by Sanofi India Limited equivalent to 20% of the Conversion and Packaging charges billed to Sanofi India Limited by Lactose (India) Limited from F.Y 2015-2016.Accordingly, out of advance of 2,60,00,000/-, 36,00,000/- is disclosed under the head “Other Current liability” and 2,24,00,000/- is disclosed under the head “Other Long term liability” on estimated basis.
My Comment –
Lactose India has ramped up production of Lactose from 3500MT to 11000MT (exclusively meant for Kerry). This assures demand clarity. According to management, Kerry wants to further enhance lactose sourcing but Lactose India wants to stabilize current capacity before adding more.
Sanofi agreement is on similar lines to Kerry. Thus, Lactose India is becoming more of contract manufacturer for MNCs with asset light model.

3) Promoter has issued warrants at Rs 12.5/share in FY14 and at Rs 27.5/share recently in August 2015. Promoter stake has increased from 28%(since Kerry transaction) to 38% and will potentially increase to 46% (post conversion of recent warrants) Lactose India Quarterly.png993×466 14.7 KB
EBIDTA margins have smartly improved from 15% in Q4 FY14 to 29% in Q1 FY16. Largely due to asset light model and contract work undertaken by the company. Company has undertaken massive capex and has spent close to Rs 55cr on fixed assets over last 3 years.

Investment Summary in Brief
With very big capex and demand largely tied up, financial performance can sharply improve over next couple of years.

Due to asset light model EBIDTA margins have sharply improved. Existing business can do sales of Rs 45-50cr and Lactulose can add another Rs 55-60cr. Based on 20-25% EBIDTA , Lactose India can do EBIDTA of Rs 20-25cr in FY17/FY18 (depending on ramping up of capacity). ROE and ROCE will be quite high over coming years.

Lactulose accounts for 55-60% of capex incurred (Rs 30cr). Next 2 years (FY17 & FY18) will see impact of capex incurred over past 3 years (FA - on stream increased from Rs 28cr in FY14 to Rs62cr in FY15…hence impact will come now). Also, capex of Rs 10cr has been done through client funding (Kerry and Sanofi) which will help higher return ratios.

ROE & ROCE will be high when numbers will come over next 2 years. Just to give sense…last 4 quarters EBIDTA has been Rs 6.7cr (this without any significant benefit of capex). EBIDTA can jump to Rs 16cr and Rs 25cr in FY17 & FY18 respectively.

These are my estimates Mahesh based on Capex done and limited interaction with management (in AGM).

View: Strong visibility, but concerns around customer concentration. It is understood that Kerry wants Lactose to set up additional capacities for lactose. Management is currently focussing on Lactulose, which will enable them to reduce concentration on Kerry.

Thanks that’s quite helpful.

Thanks for bringing this up here. Very educational & interesting. Had a couple of questions:

1. What exactly is the product and how are these margins justified?
The current financials (FY15) with 57% GM and 22% EBITDA sounds quite high. Even if one discounts the operating leverage, I couldn’t understand such high GM levels. Prabhat Dairy manufactures some specialised milk-based ingredients for a global pharma client that does into their formulations. Even Prabhat earns 15%-odd margins here, and significantly lower for their other B2B clients.

2. Wallet Share, Bargaining Power
From a rough reading of your post, I understood that Kerry and Sanofi are effectively loaning money out to Lactose to set up capacity. Why would they do that and let Lactose earn high RoCEs? What wallet share does Lactose have among other suppliers for the same product in Kerry and Sanofi?

And very curiously , Kerry had announced in an notice to Ireland exchange in 2011, that they have acquired Lactose India

and same was also reported in an Irish newspaper http://www.irishexaminer.com/business/kfqlojsncwau/

And again same was reported in 2011 AR of Kerry,

but Lactose India finds no mention in 2012 AR of Kerry http://www.kerrygroup.com/docs/reports/2012/Kerry_Group_2012_Annual_Report.pdf .

The business prospects appears good, but given this kind of mis-information, I doubt if promoter can be trusted ?

Another research report which went on to analyse the impact of the Lactose India acquisition on Kerry.

Hi Aniket,
Thanks for appreciating the effort.

Was covered by Value-picks blog also - 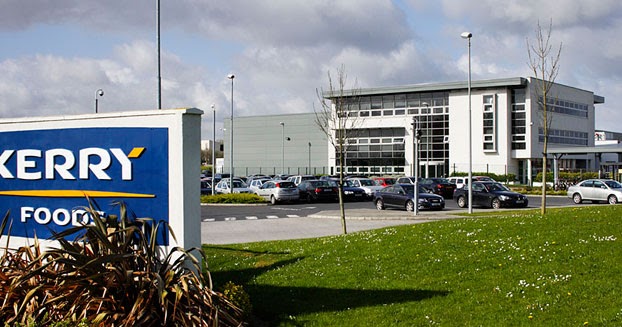 Many of our investors are vulnerable to market moods and taking decisions   based on crowd mentality mainly due of la...

Promoters have also been reducing stake over last few quarters. Why?

0.17% reduction over a quarter can be ignored i guess. Could be for personal reason?

Consistent reduction (though minor) every quarter.

You are right, roughly 46382 shares sold by promoters during this period, for maybe for a consideration of about ~15 lacs at average price of 25 ?
Both promoters draw about 55 lac per annum salary from company. So not sure, what prompted them to sell shares when prospects look so bright for the company. I think it’s not a deal breaker

The allotment of 1260000 @27.50 is to non-promoters “Gyaneshwar Multitrade Private Limited”, right ?
At least that’s what companies share holding pattern seem to suggest. Would you know what could be rationale to allot shares to non-promoters with only 25% of 3.46 cr. payable at time of allotment and rest at time of conversion (within 18 months) ?
This dilution doesn’t seem to have helped the promoters anyways (cash or increase in promoter holding), unless Gyaneshwar is also part of promoter group and company is giving wrong shareholding pattern. Very nice results indeed.
Thanks Raj for updating. This looks like stock for long innings

My sense is that Kerry has only acquired one part of the biz. Reference to the Davy report shared by Raj. …only the pharma lactose biz… Page 2 of the report. Operative word being Only. Therefore, Lactose India cannot be said to be part of Kerry Group.

Lactose seems an Interesting story. Company growth is almost certain. But the question is when and how it will reflect to the stock price. I think promoters intended to keep the price down and increase their holding to the maximum. that is why they did not disclose Kerry acquisition of the company. As well promoters selling few shares in every quarter hence public get a fear about it meantime they are increasing their holdings through preferential shares and allotting shares to non promotors (As Nirav said companies indirectly related to promoters). Now it seems apart from Kerry Sanofi also invested in Lactose. I cannot able to read the scenario going to happen in lactose. If someone can please explain the possibilities going to happen here